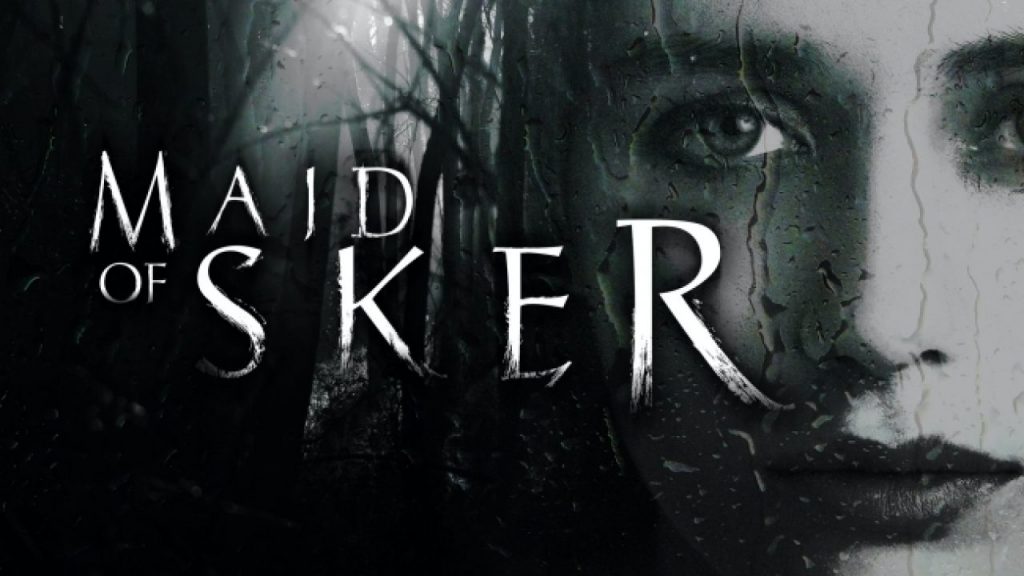 Folklore-based games horror games are interesting, as folklore horror stories are the original horror stories. Passed down and told to scare others, changing a little each time. Maid of Sker takes a classic British horror story and gives it a new retelling. Maid of Sker is set in, or at least based on, real-world historical location Sker House in South Wales during 1898. The game is inspired by the legend of Elisabeth Williams. Elisabeth allegedly died in Sker House after her father locked her in her room to prevent Elisabeth from running away with her lover. Her ghost (supposedly) still haunts Sker House. This real-life legend gives an excellent set-up for a horror game. Even if you don’t believe in ghosts, there could still be some truth in Elisabeth’s story. There are records of similar things happening in the same time period.

I got a lot of things wrong about Maid of Sker before I started playing it. For one, knowing it was a first-person horror game, I thought it would be from the perspective of “The Maid” Elisabeth Williams. Instead, you play as her lover, Thomas. Thomas has come to Sker Hotel to find Elisabeth and rescue her from her father. This was a little disappointing as it gave the game a “damsel in distress” vibe, which we have more than enough of in gaming. The game could have been Elisabeth escaping Sker Hotel to find Thomas and the premise wouldn’t have changed. Having said that, Thomas does discover more about Elisabeth’s life and history of abuse as he explores the hotel. This wouldn’t have been as easy to show if the game was from Elisabeth’s perspective. 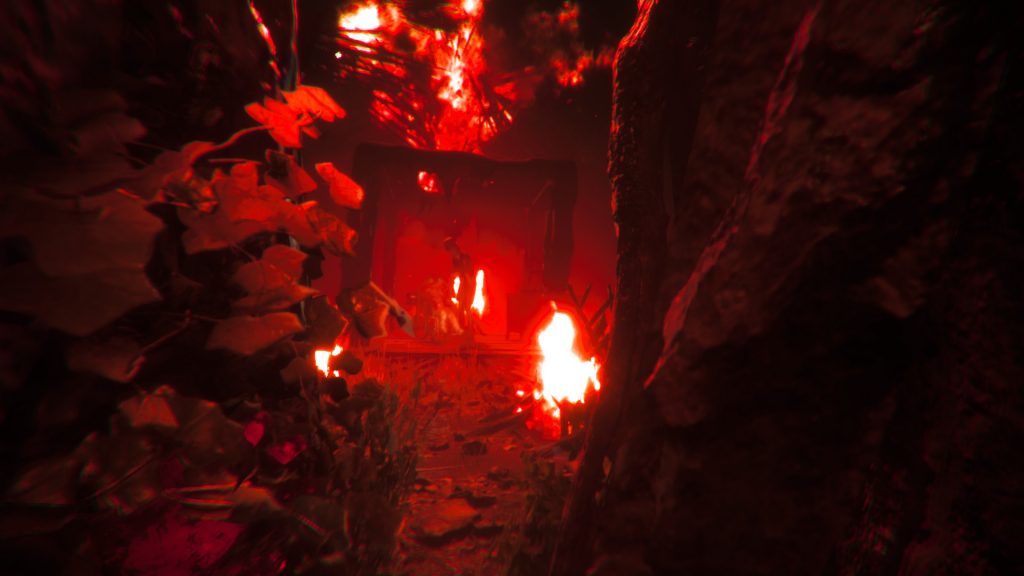 After arriving at Sker Hotel, Thomas discovers that Elisabeth is being held captive by her father and uncle. Thomas must then explore the hotel and its grounds to find four music cylinders to help Elisabeth escape. But of course, it wouldn’t be a very good horror game if that was all there is to it! Elisabeth’s uncle and father have become possessed or cursed, I’m honestly not too sure myself, and have taken the forms of “The Silent Ones.” Faceless demons who torture and kill the hotel guests.

The Silent Ones appear randomly throughout the hotel. While they have set route patterns for each level, their exact position is not predetermined and can change. Even when reloading your save, you always can’t predict where the enemies will be or what path you should take to avoid them. This is great as it keeps you on your toes and stops the game from becoming too predictable. When near the Silent Ones, you have to hold your breath and stay completely silent so they won’t notice you. While this stealth element isn’t overly original, it is very intense and suits the game’s atmosphere.

The game improves immensely when you get the device that stuns the Silent Ones. Before this, if you get spotted there isn’t anything else you can do other than let them beat you to death or reload your save! Sure, you can try to run away but, for me at least, this was rarely successful! Sure, you can heal yourself with tonics. But without the device, this only prolongs your suffering. Makes me wonder why we were given the tonics early on but the device a couple of hours in. Ammo for the device is scarce enough for this not to become the default- you still need to be silent and avoid them. But it gives you something to do if they do catch you. 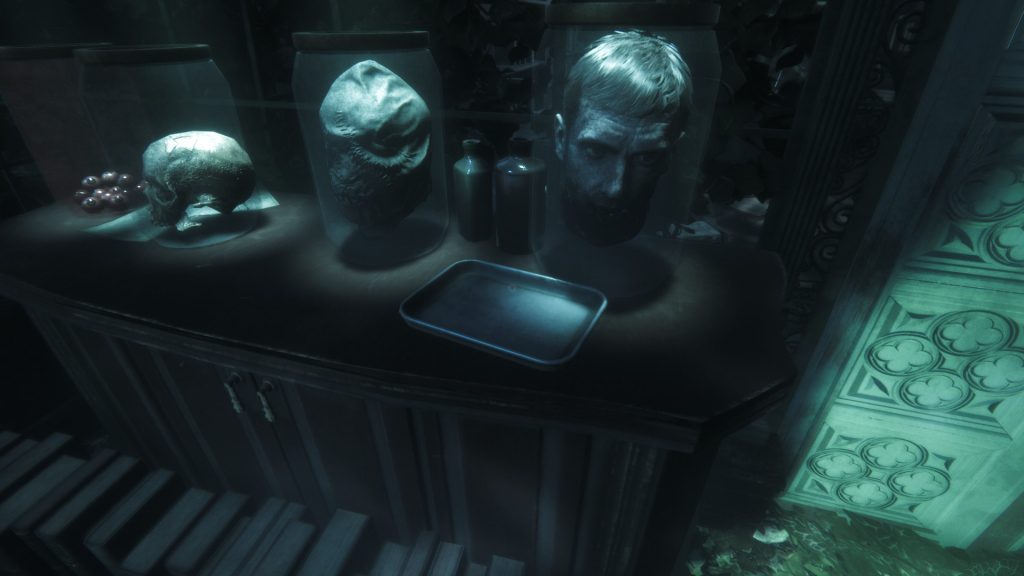 The game does its best to create an all-round immersive horror experience, which it does well with many aspects. The Silent Ones look incredibly creepy and made me jump more than once. Not in the typical Indie Horror Five Nights At Freddy’s jump scare style. Sitting and waiting for jump scares to happen. As I’ve said, there is at least something to do when you get jump-scared: deploy the device and stun them or bravely run away! The Silent Ones are more chilling than scary, especially when we see them torturing hotel guests for reasons that aren’t fully explained. This is certainly preferable for a stealth horror game.

The hotel itself is also visually amazing. Everything in this game is there for a reason, with every area having a purpose and puzzles easy to solve with the things around you. Which is just as well as you’ll have an average of ten seconds to figure out each puzzle before the Silent Ones find you! The game has a “follow the lights” feature. So even in areas where things look samey, you always know which way you’re supposed to be going. Each area is also filled with creepy artifacts and designs that add to the chilling experience.

However, the soundtrack for Maid of Sker is probably its best feature. Sometimes that creepy Welsh singing would start randomly in my headphones and make me squeal! It’s hauntingly beautiful but also incredibly chilling. Its a reminder of the world the game is set in and gives it a “folklore” vibe throughout.

Maid of Sker is overall a stand-up immersive horror experience that I would recommend to anyone looking for that sort of thing. It’s scary, but not in a gimmicky way. Its chilling atmosphere gets you invested in the story of Elisabeth and Thomas. The game should be played to the end because you want to know what happens to these characters. Not just to prove to yourself that you’re not scared and can beat these monsters!

What’s great about this world is that it plays by its own rules. After playing Maid of Sker I didn’t ask “why was that there” or “why did this happen.” Sure, there are things that aren’t explained. But there isn’t anything that needs to be explained. It’s paranormal folklore combined with the psychological horror of someone you love being imprisoned. The more you explore the hotel, the more you uncover about the Williams family and learn about the messed-up stuff that’s been happening in Elisabeth’s life. Such as her family’s involvement in the slave trade. So many of the family’s secrets are realities that we can be scared of in our world.

Full disclosure: This review is based on a Steam review copy of Maid of Sker given to HeyPoorPlayer by the publisher.