A Glitch in the System 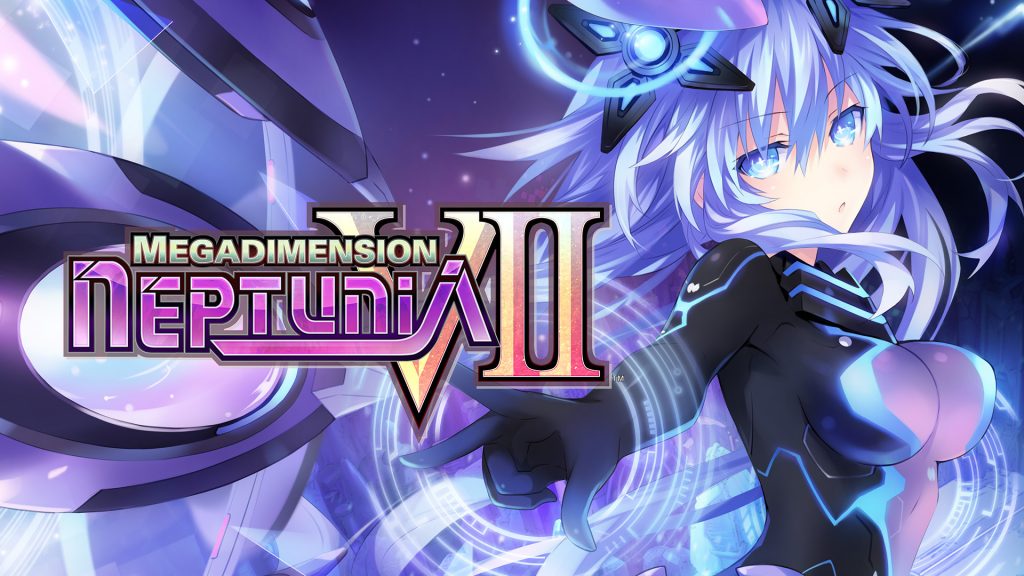 I love Megadimension Neptunia for a lot of reasons. Not only was it the one to introduce me to the wonder that is the Neptunia franchise, but between its simple-yet-endearing gameplay and hilariously self-aware writing, it’s hard not to be naturally drawn in by the game’s charm. I’ve reviewed this game twice before; first on the PC, and then on the PS4 as VIIR. And, because I’m so fond of this game, I happily jumped at the chance to review it on the Switch. But that might have been a mistake. I expected this game to just as much fun as before. And, while there’s nothing wrong with the game itself, its less-than-stellar performance on the Switch leaves something to be desired. 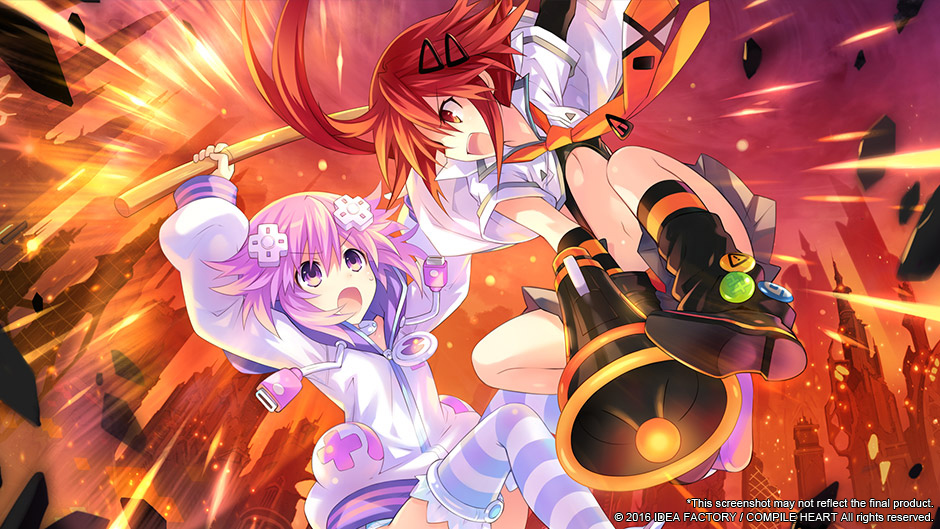 Hey, that’s no way to treat a new friend!

Megadimension Neptunia VII once again follows the purple-haired heroine herself (no, not Nepgear) in what is still one of her craziest adventures to-date. After finding a broken-down console with a familiar-looking orange swirl on it (one guess what that’s supposed to represent), Nep and Nep Jr. find themselves thrust into a macabre facsimile of the Gameindustri they once knew. Gone are the vibrant cities, happy people, and cheeky fourth-wall-breaking jokes and in their place are nothing but ruins, giant monsters, and, most importantly, Uzume—a tough-acting girl with a heart of gold which, for some reason, has the ability to use HDD Mode (a skill only possessed by CPUs and CPU Candidates). And things only go from bad to worse when the mysterious group known as Gold Third shows up in Nep’s original timeline with the intent of de-throning each and every CPU.

I don’t think that it matters how many times I end up playing this game; I’m never going to not like this story. While the original Neptunia crew is written just as well as ever (i.e., lots of inside jokes), I think that the application of the game’s new characters—primarily Gold Third—is what continues to impress me the most. By splitting up each of the game’s core characters for a good 1/2 – 2/3 of the game, each CPU, CPU candidate, and Gold Third member get plenty of time in the limelight, meaning ample time for character development. On top of this, the bizarre way in which the Neptunia both ruthlessly mocks and endearingly celebrates the world of video games, while perhaps slightly dated in some ways, is still incredibly entertaining and never fails to put a smile on my face.

Put Some Nep in Your Step 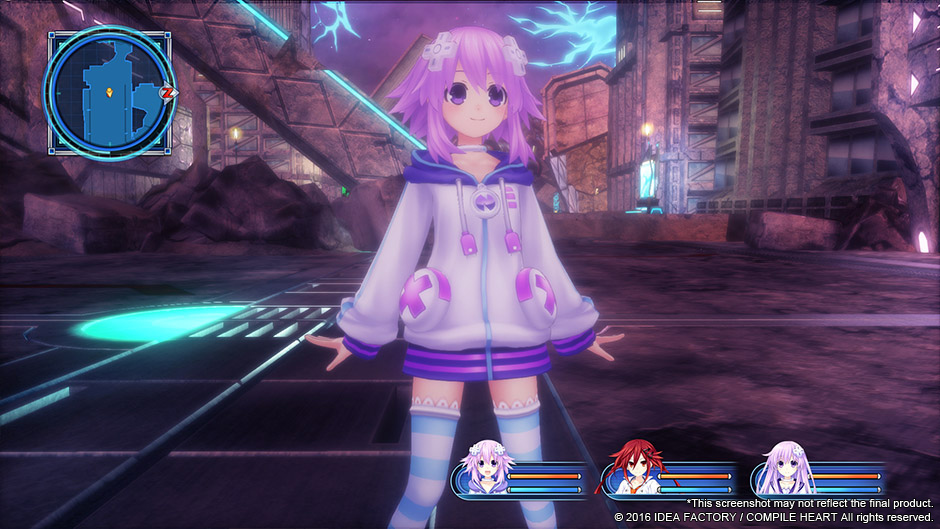 Staying true to itself, VII is all about one thing. No, not cute girls. The other one thing. No, not video game puns, either. Exploration! I’m talking about exploration. Geez. Okay, okay, maybe exploration isn’t the only thing in this game. But it’s still essential! To that effect, things aren’t terribly different here than they are in any other Neptunia game… or in any other version of this game (see, I can be meta, too). Getting from place to place in VII is as easy as selecting it on the world map, and having your character do the rest. Of course, not every single place is accessible at first; and some of them won’t be accessible at all without your help! While many locations open up on their own as the story progresses, some locations can only be accessed after you engage in some “route building” (also known as making the player spend money).

Players are also able to place what are known as “Scouts” on various locations on the world map. Aside from looking kind of funny, Scouts help the player by doing things like looking for items, changing which enemies show up, and even help you get a little extra EXP. Unfortunately, while Scouts are still a massive help in this game, they’re noticeably more cumbersome to use in VII than they are in their updated counterpart. 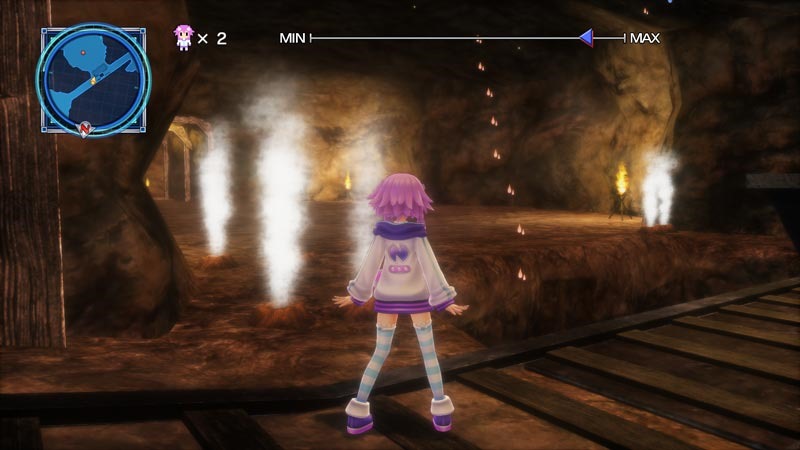 Don’t forget to check out Neplunker! It’s totally not super-hard!

The other half of exploration is the dungeon crawling… although I guess, the amount of time you spend on the world map is so small in comparison that it’s more like “the other 99% of exploration.” For the most part, dungeons are easy to navigate, with many dungeons essentially being comprised entirely of thin hallways and big rooms. Now, I’m not knocking that or anything. As basic as the dungeons are, they’re still fun to mess around in, and the fact that they have secret treasures that need to be sniffed out by Scouts helps add to the replayability. Aside from that, and the occasional obstacle that you can’t immediately bypass, however, there’s not a whole lot going on. Personally, I’ve never much been bothered by this, and I don’t think that a lot of Neptunia fans are, either. But for those looking for something a little more complex, you might be left wanting.

Now it’s time to talk about the stuff that makes this version of VII a bit less… well… good. So, technically speaking, this game’s been out for a good 4+ years. It’s also not terribly graphically intensive as far as I can tell. Not by contemporary standards, anyway. Despite that, however, this game does not run as well on the Switch as it should. The stuttery framerate is immediately noticeable from the beginning, and the graphics look a little too crunchy when playing on handheld mode. That alone is bad enough. What really upsets me, though, is the fact that Fairy Fencer F Advent Dark Force, an IF/CH game that also came out around the same time (that looks and plays incredibly similarly) and was ported to the Switch last year plays just fine. The graphics and gameplay are both smooth; I don’t think that I’ve ever had an issue with it in the 70+ hours that I sunk into it. Why is it, then, that this game couldn’t have gotten the same treatment? Is the game unplayable? No, absolutely not; especially if you’re playing in console mode. But this is literally your flagship franchise, guys, come on.

Give ’em the ‘ol Nep-Punch 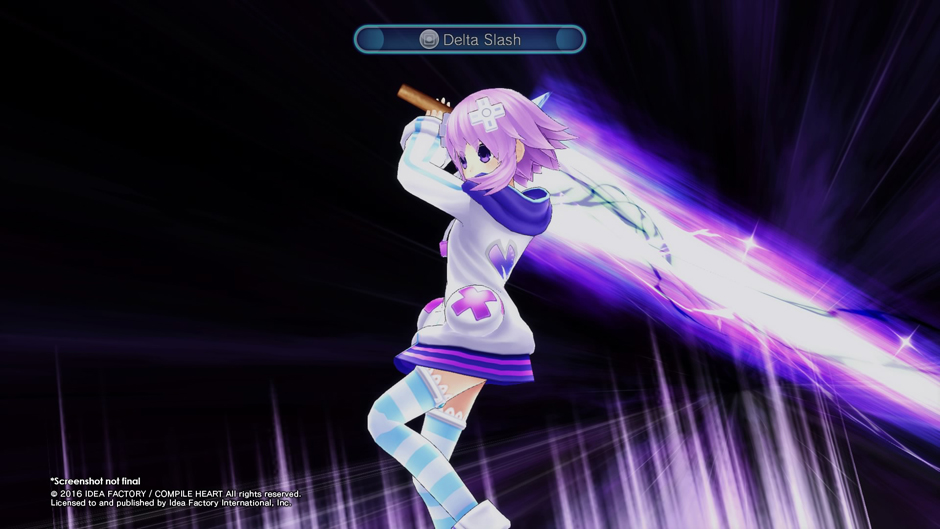 I mean that’s not exactly a punch, but I guess it works fine.

Also back and similar to (some of) its predecessors is VII‘s turn-based combat. As always, character placement reigns supreme when it comes to emerging victorious. While picking the proper attacks and skills is, of course, important, carelessly putting your party members too close to or too far away from enemies, or, even more egregiously, clumping your entire party together, can lead to some pretty nasty wideouts, or the inability to attack targets due to lack of range. While some of the game’s battles can be tough, most skirmishes aren’t especially tricky, and it’s generally a lot of fun hacking and slashing your way through foe after foe.

It’s also worth noting that the all-too-important transformation mechanic gets a bit of an upgrade as well. Not only are certain other party members able to transform this time around, but the CPUs can actually transform twice thanks to the addition of their NEXT Forms. Unfortunately, despite their names, NEXT Forms come pretty late in the game (get it?), and can be situational due to the time and resources needed to properly set them up. However, once you get into the groove of using them, they’re a whole lot of fun to take down enemies with.

Megadimension Neptunia VII is a wonderful game, but, as it stands, the Switch version is far from being ideal. If this is your only avenue to Gameindustri and you really want to get into the series, the game’s still playable. However, if you have the luxury of picking and choosing, then I’d pick this one up on PC or PS4. Or, better yet, just get VIIR. 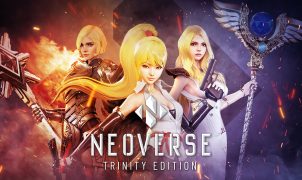 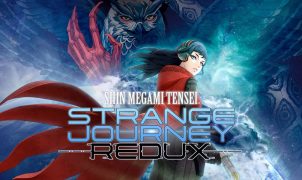