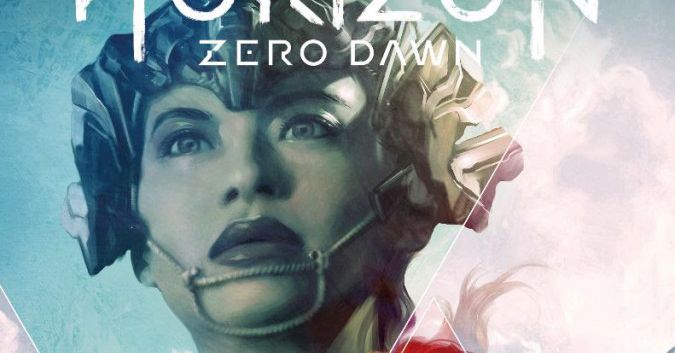 Discussed at the at-home San Diego Comic-Con, this August, Titan Comics and Guerrilla Games studio will embark on an exciting adventure as the global smash-hit PS4 game Horizon Zero Dawn becomes an adapted comic. Featuring a story between Aloy and Talanah.

For those unfamiliar, Horizon Zero Dawn is the story about a later post-apocalyptic Earth reclaimed by nature’s natural beauty, as what was society remains as forgotten ancient ruins, and terrifying dinosaur-like machines and animals roam the earth. All, while humans struggle to survive in tribes. In the aftermath of a titanic battle that almost laid waste to the capital city of Meridian, Talanah, one of the greatest machine-hunters in the land, struggles to find her place in the rebuilding effort. Making matters worse, Aloy, her trusted friend, and confidant has disappeared. When a new threat emerges in the hinterlands, she must decide how best to serve her tribe, her friends, and herself.

At the panel, the group began by talking about each individual’s role in adapting the game into a comic, revealing the history behind the art, but also, how the character of Talanah had always been intended to be adapted into a comic since the game’s development.  Given the beloved IP, there was a great amount of detail taken into account for the production of the comic series, the group, each discussing what it was like working in adapting these ideas with artist Ann Maulina for the first time. You can see her artwork below.

On the story side, it was revealed that most of the Horizon Zero Dawn team was written by a small team in Amsterdam, a storyline that was then adapted by writer Anne Toole, who was recognized for her work in developing the Halo comics, but also, in her uncanny ability in storycrafting when she was originally working on several quests in the game. Anne shared the enjoyment of writing the comic and the joy she had while expanding upon Talanah’s storyline, taking pleasure in the writing process, but also, in having the team agree to let her storylines for Talanah be canon. Narrative director, Ben McCaw then shared that a big reason for choosing Talanah as the comic’s focus was because she was a fun action hero who could be used to showcase a lot of fighting, but also, could be used to explore a lot of tribes throughout the game given her history as a top-notch hunter who has seen it all. Most importantly, the team confessed in wanting to continue the narrative following a strong female protagonist.

The comic takes place immediately after the events of the game. With issue zero, free and accessible as part of free comic book month everywhere, and the remainder of the series picking-up from where the game left-off. The comic is meant to explore new worlds, relook at new machine creatures, and examine different tribes. With special cameos by almost every character throughout the game. Still, a big part of the game is the relationship between the tribes, machines, and the natural world, mostly through the eyes of Talanah and her budding friendship with Aloy and what this means for her relationships.

The panel ends with everyone talking about their starts into their jobs, comics, and eventually: even favorite comics. You can watch the panel above to see everyone’s responses. 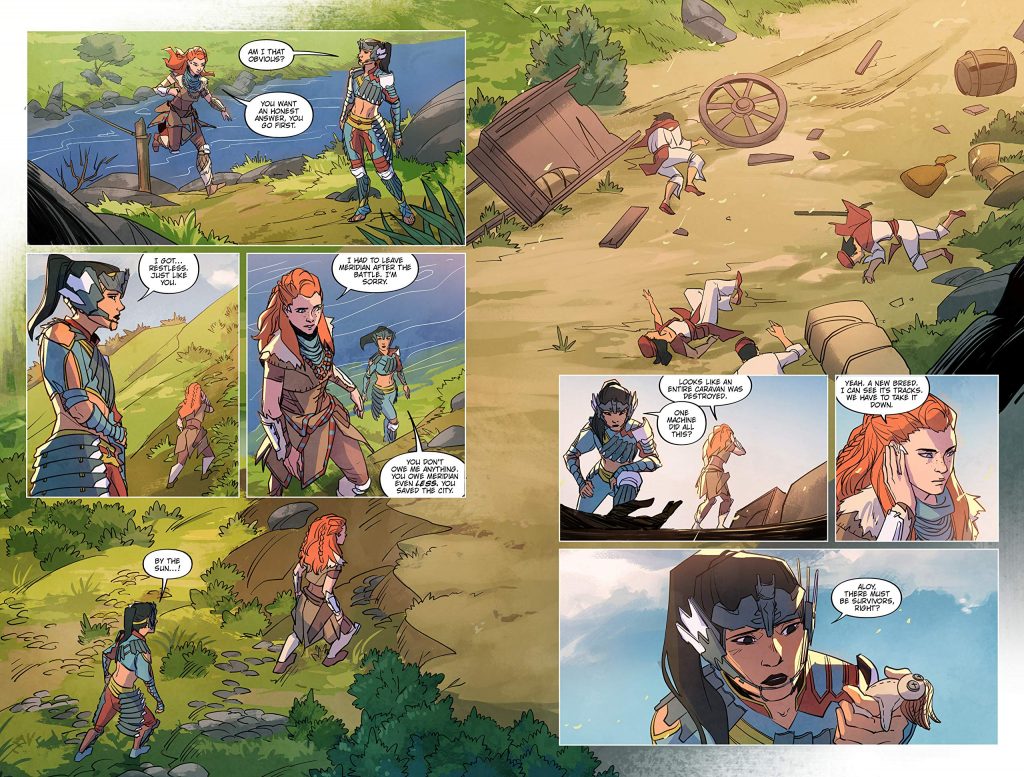 You Can Pre-Order Horizon Zero Dawn on Amazon.

Hammerting has gamers build a colony to support the war effort above as they juggle between the caverns and the overworld.