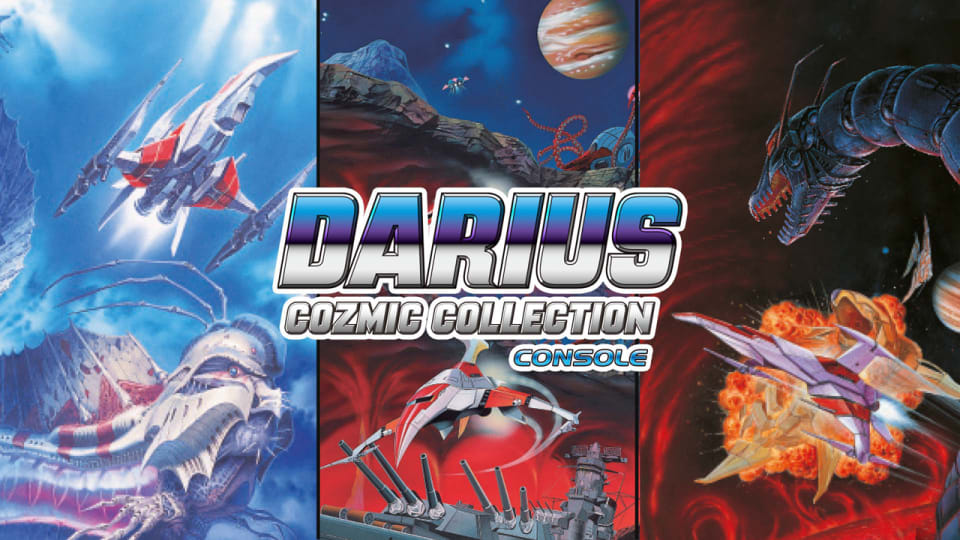 I have to admit, I’ve always had a soft spot for the Darius games. While the series was never quite as popular as Irem’s R-Type and Sega and Technosoft’s Thunder Force franchises, I always found the appeal of flying through the cosmos and reducing swarms of evil mechanical fish to chunks of space sashimi irresistible. So when I heard last year that Taito and M2, whose knack for bringing pixel-perfect ports of retro games to modern consoles is unrivaled, were planning to bring a pair of Darius collections to the PS4 and Switch, I was more than a little excited.

Today we’re looking at the Darius Cozmic Collection Console, a collection which – as you probably already guessed from the name – bundles a broad sampling of Darius titles from the eight and 16-bit generations of consoles. Spanning nine games from across the Master System, Genesis/Mega Drive, Super Nintendo/Super Famicom, and Turbografx-16/PC Engine, it’s a hefty dose of shooter action that should keep fans of the genre busy. But a couple of lackluster offerings (I’m looking at you, Darius Force) and a few too many versions of the same game (Darius II is featured no less than three times in various forms), keep this collection from being a must-have experience.

Warning!! A Huge Collection Of Shooters Is Approaching! 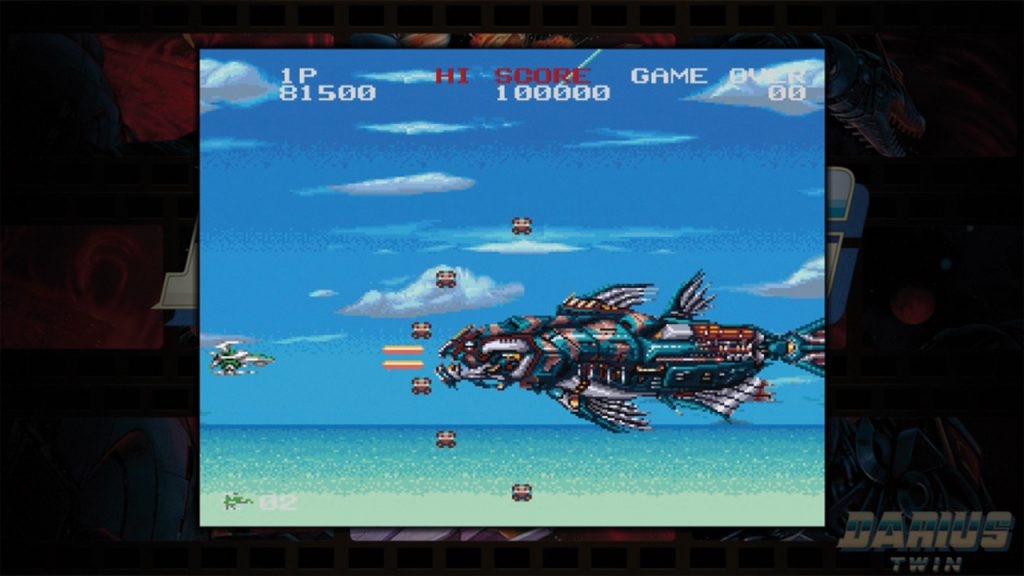 Darius Twin is a standout entry in this collection thanks to its superb co-op mode.

Remember a moment ago when I said the Darius Cozmic Collection Console features nine games? Well, that may be true, but that figure is somewhat misleading. The game actually features various versions of four core games in the series, including Darius II, Darius Twin, Darius Force, and Darius Plus, spread across multiple platforms and regions.

For those interested in the history of the series, this is pretty cool as it allows you to appreciate all of the nuances between the different versions of each game. Some of these differences are much more noticeable than others, such as the SNES version of Darius Twin sounding much better than the Super Famicom release due to the cart’s limited ROM size, which only allowed for monaural audio. Other changes are more subtle, like the way the bosses in the North American and Japanese versions of Darius Twin have different names.

While I am a sucker for little details like these, I have to admit that the sheer number of repeat titles is a bit disappointing. After all, was it necessary to showcase THREE versions of Darius II in this set (including the so-flickery-it’s-almost-unplayable European Master System port) while omitting the superb 32-bit ports of Darius Gaiden?

Still, what’s here is mostly quite enjoyable. It’s a real treat to be able to play an official version of the extremely rare Darius Alpha, a promo version of Darius Plus, which only saw a production run of 800 Hucards on the PC Engine, without having to take out a second mortgage on my house. 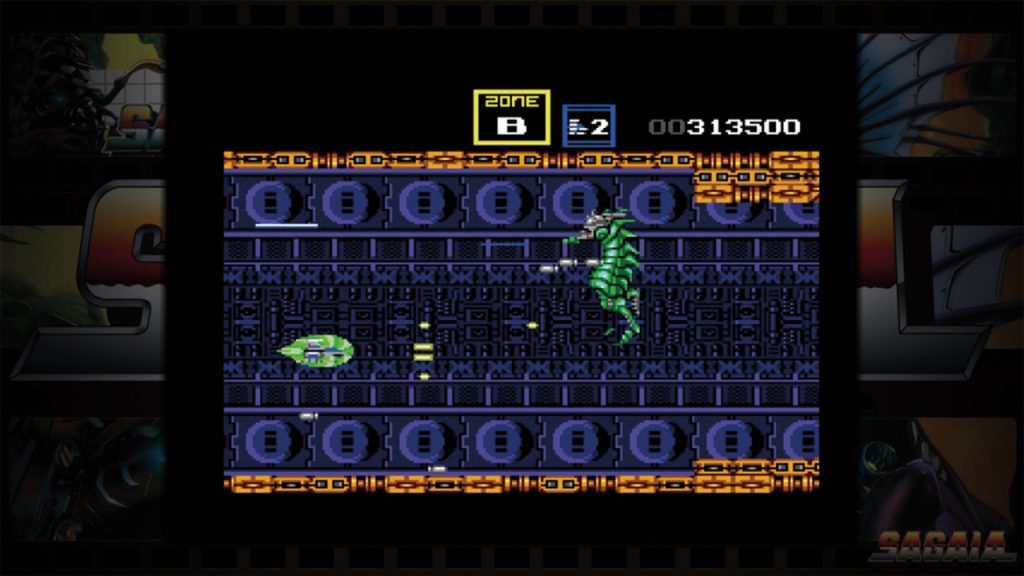 Despite being more than 30 years old, Darius II is still pretty easy on the eyes.

When it comes to presentation, it’s clear from the moment you toss it in your console that Darius Cozmic Collection Console is a labor of love. The game selection screen’s UI is sleek and clean, and filled with plenty of interesting facts and history about each of the games in the package. Beneath the list of games, you’ll also find a few nice extras, like digital manuals for all of the games included in the collection, along with a welcome replay feature to showcase your thrilling victories and crushing defeats.

Of course, the slick production values should come as no surprise. The folks at M2 are no strangers when it comes to porting the classics to current-gen platforms. After all, this is the team behind not only the long-running SEGA AGES series, but also the recently released SEGA Genesis and Turbografx-16 Mini micro-consoles. And, as you’d probably guess, the emulation of the games featured in the Darius Cozmic Console Collection is just about flawless. Each title looks, sounds, and performs just like it did on the console it originally appeared on – for better or worse. That means games that suffered from severe slowdown and flicker issues on their native hardware, like the Master System version of SAGAIA (Darius II), still have those same unfortunate issues here. But that’s to be expected.

That’s not to say that M2 didn’t do anything to freshen up the games in this collection. If you bring up the options menu, you’ll find the usual selection of screen sizing options, as well as the ability to enable smoothing and CRT filters. Though the former looks fine, I have to admit that I’m not crazy about the CRT filter. It’s much too dark, which makes the already hard to see enemy bullets even more challenging to notice. Each game also offers support for multiple save states – a real blessing considering just how unapologetically challenging these titles are.

Additionally, several of the games also offer new modes of play that you can choose from the game selection screen. These are unique score attack challenges and boss rush modes that restrict the use of save states and cheats to test the mettle of even the most seasoned pilots.

Revisiting the series for this review, I’m surprised at just how well the Darius games have managed to hold up. Unleashing volleys of laser beams and bombs on schools of biomechanical sea creatures and heavily-armed killing machines is just as fun now as it was nearly 30 years ago. And with multiple paths to master thanks to the games’ non-linear progression system along with all-new challenge modes courtesy of developer M2, Darius Cozmic Collection Console is a densely-packed package that is sure to keep fans of the series busy.

With its flawless emulation and wealth of content, Darius Cozmic Collection Console is a robust offering and an excellent introduction to Taito’s long-running shoot ’em up series. However, I’m not sure it does quite enough to justify the $60 asking price when you consider you’re more or less getting nine slightly different variations of four decades-old games. Still, if money is no object and you feel the need to blast intergalactic fish to bits, this collection will surely scratch that itch. 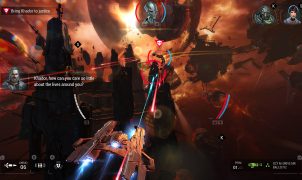 We Didn’t Start The Fire     If there’s one genre that’s been underrepresented since the Nintendo Switch launched in March of last year, it’s space shooters. Now,…