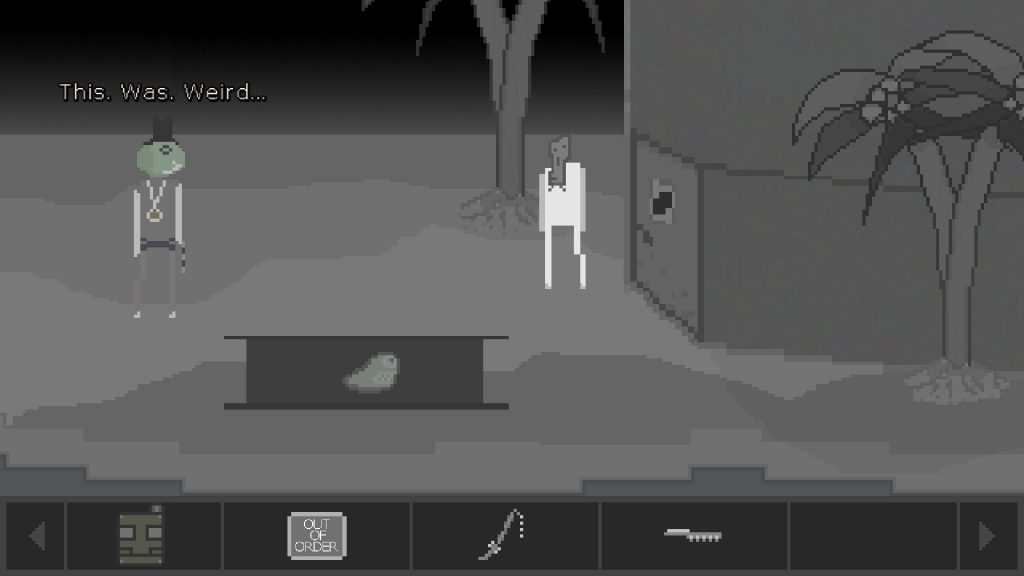 Sometimes I’m not sure how games end up on my Steam wishlist; perhaps I went crazy one night years ago, adding game after game without much thought. Maybe I used my wishlist as a sort of bookmark, fully intending to come back and thoroughly inspect the title before pulling the PayPal trigger. Or maybe I really did want the game, but wanted others first, saving the smaller titles to savor for later.

Whatever the case may be, Seek Not a Lighthouse was one of those mystery titles sitting in a dusty corner of my Steam wishlist. It somehow made it into my backlog without me being consciously aware of it, and now, four months into quarantine, I thought “enh, why not.” I mean, the name sounds pretty effing cool, right? And with no reviews on Steam, there’s just mystery upon mystery here, and it’s up to me to find out what’s at the end of it. 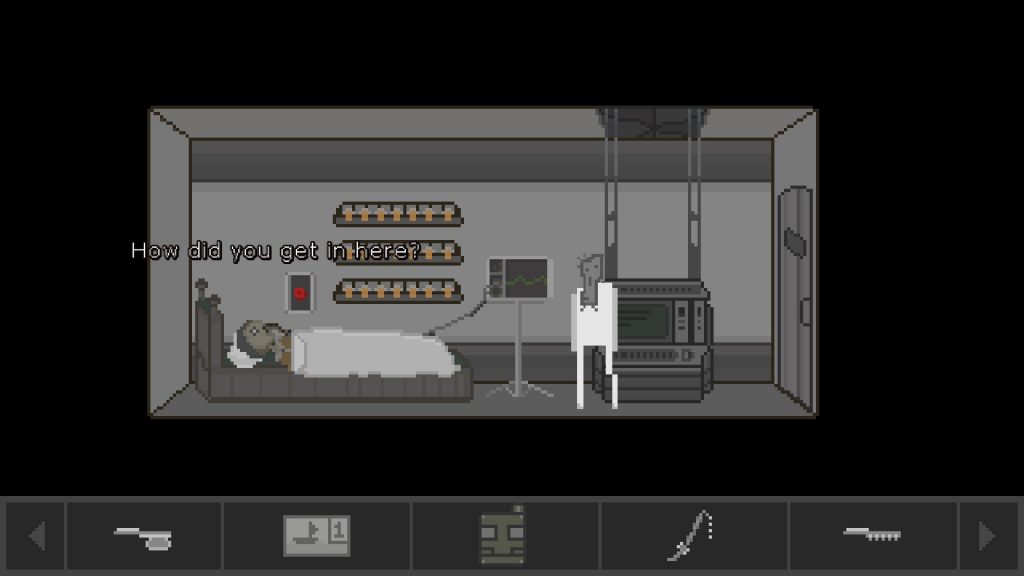 Developed and published by MidnightCoffee, Inc., Seek Not a Lighthouse’s Steam description is as follows: “After they stopped receiving communications from the creature below, all hope was lost, with the final message warning the islanders to be aware of what, or who, was to come…” which, like, mysterious, right? And with minimalist pixel art and a cool af title, I was definitely drawn to the tiny indie. It’s pretty easy to see why it caught my eye — would it be enough? 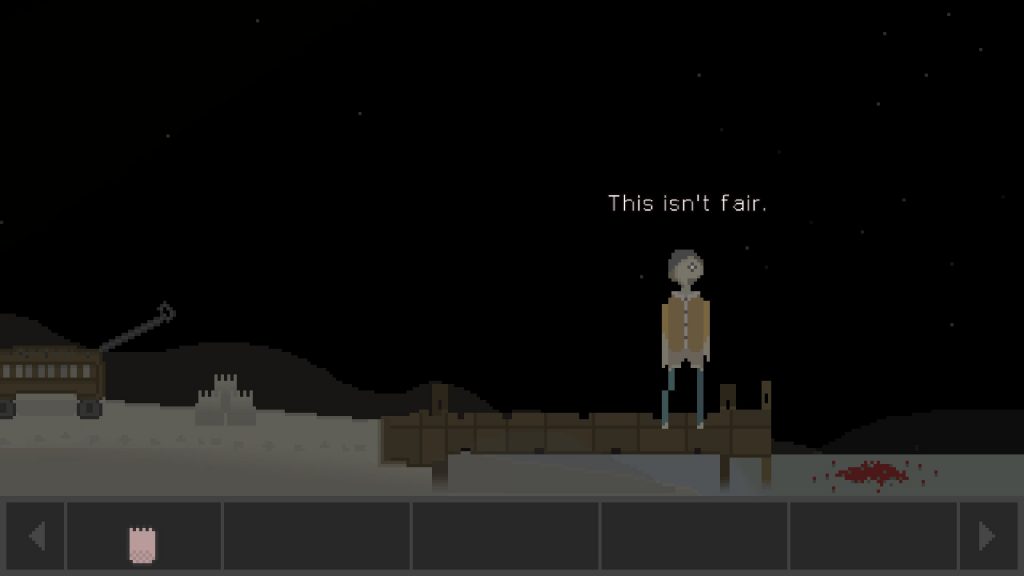 Seek Not a Lighthouse builds up a lot of important lore around lighthouses (there’s like three or four of them) and a creature that lives underwater. It apparently drowned or something, which is bad…? But also a guy’s wife died from it in 1920 and his daughter in 1926. So he makes a “son” who is referred to as the “silent traveller” and that son does… stuff. Like cuts a stuffed owl in half to fill it with urine to put out a fire, and gives a circus ringleader a manhole cover in exchange for a dead snake. Why?  ¯\_(ツ)_/¯ just gross on purpose I guess.

None of the items really make any sense, which means a walkthrough kindly provided by the developer becomes absolutely mandatory, unless you want to just click randomly in perpetuity. Use the wooden plank on the boarded window with the meat cutter to make a stump, of course, that’s logical (not), use an avocado you found in the dumpster to make an eyepatch with a piece of licorice, yeah, sure. Give both to a pirate so you can obtain his mouse, which you can then use to put inside a dead medical examiner and get him to say something (since, you know, the mouse is now controlling him, I guess). 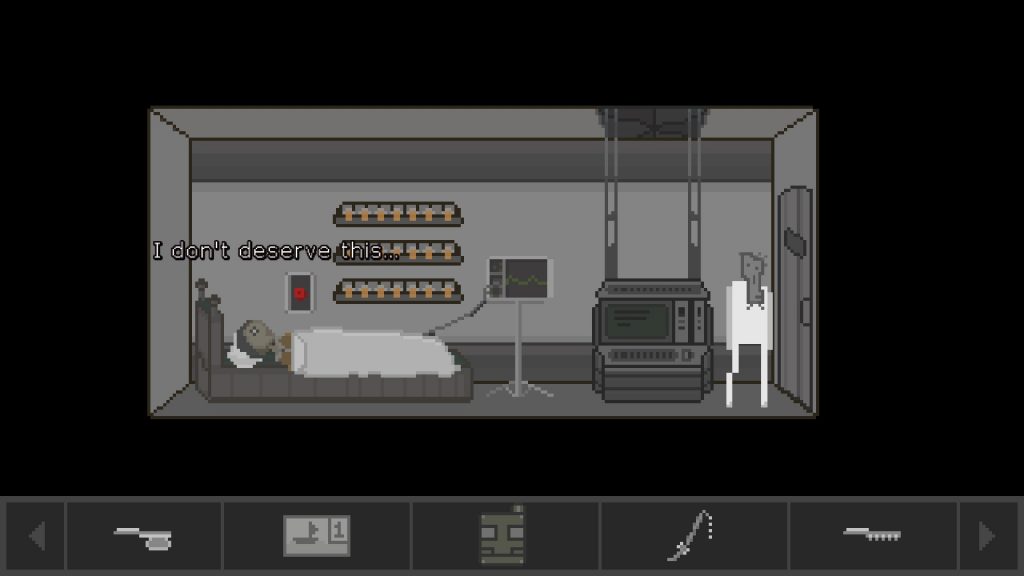 Nothing about Seek Not a Lighthouse’s story makes sense — at all. Not just through the items, but even through exposition. I learn so little about the characters, I have no idea why the doctor dies twice or something? And what does this sea creature even have to do with anything? And the ending??? I wish I could say it left me with more questions than answers in a good way, but I’m honestly just left wondering which questions to even ask. I’m utterly confused, and I don’t mean that positively.

Additionally, there’s a bug that prevents players from moving forward at one point, the only solution being to close out the game, then enter again. Once that happens, players are able to progress without issue, and that is outlined in the developer’s walkthrough, but the fact that it even happens is gamebreaking-lite. Like, it’s not ~truly~ gamebreaking since exiting and re-entering allows the player to progress, but imagine the frustration of being in essentially an empty room and running out of things to click, only to ragequit, read the walkthrough, and come back with the necessary item magically appearing in your inventory. Not cool. 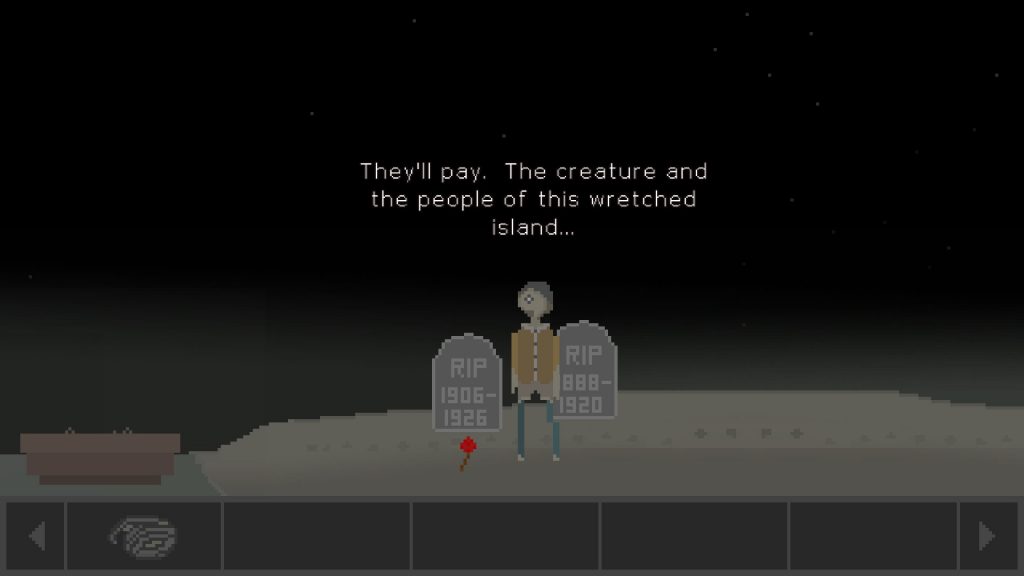 Despite the negatives, Seek Not a Lighthouse has some good points. For one, the aesthetics work for it. With how dark and gross the art style was and how disgusting the environments were, I kept playing, hoping the ambiance and the feel would somehow make sense and connect back to the story (spoiler alert: they don’t). The music was probably the highlight, as it was eerie yet belied an inquisitive tone perfect for point and clicks. And despite the story never really making sense, the delivery was there. The characters were fleshed out, they had personality, and they were kinda memorable. Mr. Spaghetti, Hix, and Dawn are going to be committed to my memory, and I just have no say in that. It is what it is.

I really wanted to like Seek Not a Lighthouse. I’m struggling with this review because I feel like I’ll boot up the game again and get a different experience — a positive one, where the storyline makes sense and it isn’t broken. I have to keep reminding myself it doesn’t work like that, and that no matter how hard I try, I can’t will sense into Seek Not a Lighthouse. Maybe this is why you shouldn’t keep games in your backlog for so long; you keep kicking them around in your head and you get this notion that they’ll turn out to be something they aren’t. I kept thinking Seek Not a Lighthouse would have a dark, scintillating storyline. And to an extent, it did, but it got derailed by itself. Whatever the developers were trying to communicate, something was lost in translation, and all I’m left with is disappointment and delusion of what still could be (yet never will).

Honestly, I can’t recommend Seek Not a Lighthouse, which saddens me. Part of me thinks my hopes were too high for the title, but even reading the description again and realizing there was no connection between it and the game itself, I remind myself that, no, sometimes a game is just… not great. Not every dusty corner of Steam is going to yield a gem, and that’s okay — it happens. It’s pretty criminal Seek Not a Lighthouse has such a cool name and feel but doesn’t live up to what the eyes receive; here’s to hoping the next title the developer releases gets better.

Editor’s note: This review is based on a retail copy of Seek Not a Lighthouse purchased by the reviewer. 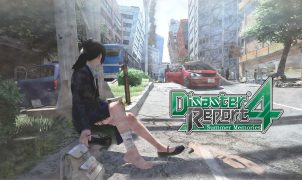