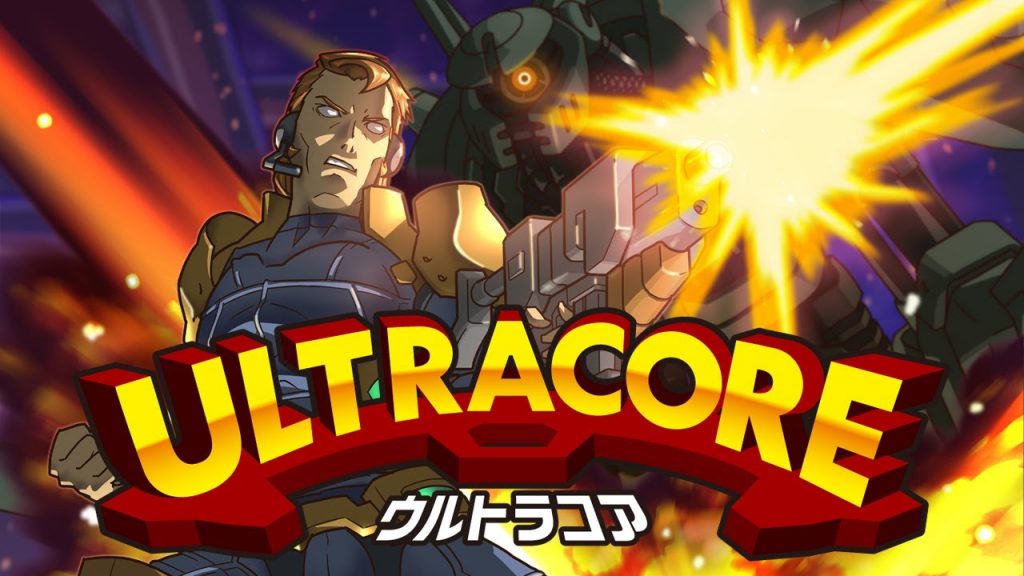 Ultracore’s story is one 25 years in the making. Originally slated to release on the Genesis, Sega CD, and Commodore Amiga in 1994 under the name Hardcore, the game is a run-and-gun shooter from Stockholm-based studio Digital Illusions (now known as DICE) in the vein of Turrican and, more recently, NG Dev’s Gunlord. But with interest in the 16-bit generation of hardware fizzling out, the game was canceled despite being virtually complete so that its publisher Psygnosis could focus their efforts on the 32-bit Sony PlayStation.

That could have been the end of the road for Ultracore. However, in the summer of 2018, German publisher Strictly Limited Games announced plans to finish and release the title for modern hardware. DICE co-founder Fredrik Liljegren, alongside a handful of other veterans of the studio, polished off the project using an actual Sega Genesis development kit and bundled the title with Analogue’s Mega Sg console the following year.

Now, more than two decades since its original announcement, Ultracore is available for Switch and PS4 owners to experience thanks to publisher ININ Games. Introducing a handful of welcome enhancements over the 16-bit version of the game, it’s a welcome treat for gamers who grew up in the 16-bit era, even if some of its more glaring issues haven’t quite stood the test of time. 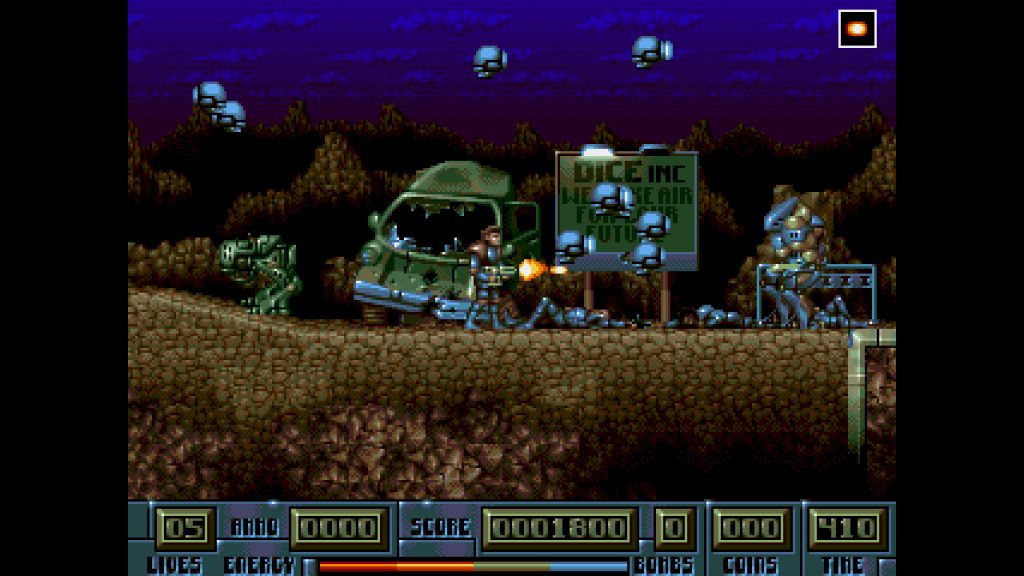 Much like other European shooters, Ultracore throws an ungodly amount of enemies at the player.

Ultracore’s story isn’t exactly ambitious, but it gets the job done. The game puts players in control of a heavily-armed soldier who must stop a mysterious figure named Vance from destroying your homeworld with a massive force of killing machines. The game’s campaign takes plus across five levels that range from rugged war-torn landscapes to sterile military bases as you battle waves of robots to foil Vance’s plot.

Oh, and about those stages. While this is a run-and-gun at heart, you won’t be merely running from left to right down a linear path, mowing down baddies. Much like the previously mentioned Turrican, the areas you’ll explore in Ultracore are large and mazelike and will require lots of exploration as you collect keycards and access computers to open up new paths so you can progress to the next area. Secret areas abound as well, with precious extra lives, more powerful guns, and life-sustaining health pick-ups tucked behind destructible walls.

As far as combat goes, gunning down your enemies in Ultracore is pretty enjoyable and is reasonably responsive. You can aim your weapons freely as you run around the battlefield, or lock yourself in place with the press of a button. Blasting evil robots, murderous gun emplacements, and other mechanical monstrosities to bits will produce a shower of twisted debris that gives every kill a nice punch.

You start the game with a standard machine gun that has unlimited ammo. As you explore each area, you’ll come across caches of weapons, including lasers, rocket launchers, and more. These weapons deal tons of damage and can help level the playing field when battling bosses. However, their ammo is limited. With this in mind, it’s smart to conserve your more devastating gear (along with screen-clearing bombs) for when you need them so that you don’t find yourself outgunned against the game’s more formidable foes. 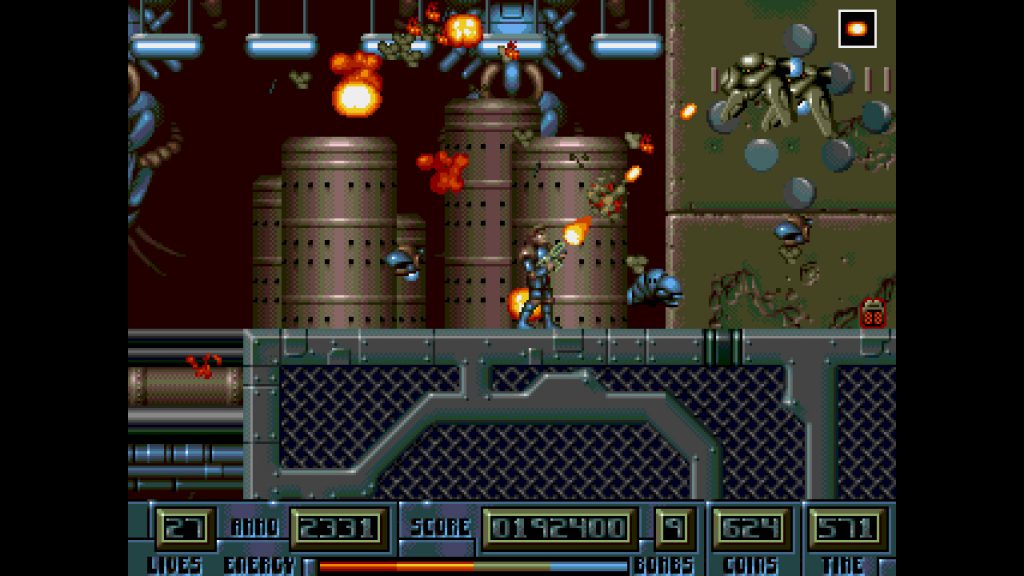 The addition of twin-stick controls makes Ultracore’s combat better than ever.

While indeed an impressive game for Sega’s 16-bit console with its silky-smooth animation and lush parallax scrolling, the gunplay could feel somewhat clumsy.  This issue was mainly due to having to both move and aim with a single d-pad. Thankfully, the Switch and PS4 versions of the game address this by smartly adding optional twin-stick controls. And let me tell you: it’s hard to underscore just how much more playable Ultracore becomes thanks to this seemingly simple update.

As someone who’s spent a fair bit of time with the Genesis version, I can’t believe how much easier it makes the more frantic firefights. Toppling bosses and waves of hostile cyborgs – which, while particularly bright, make up for their dim wits through sheer numbers – is so much easier when you don’t have to battle clunky aiming controls. After playing through Ultracore on the Switch, it’s honestly hard to imagine going back to the Genesis version thanks to this feature.

In addition to the updated controls, the PS4 and Switch version of Ultracore includes an optional synthwave soundtrack. Featuring 22 tracks courtesy of genre heavyweights Waveshaper, Mega Drive, Scandroid, and more, it’s an excellent addition that fits the retro-inspired action like a varsity jacket and a well-worn pair of fingerless racing gloves. That’s not to say the original score is lacking; it’s terrific and filled with that crunchy FM synth the Sega Genesis’  Yamaha YM2612 sound chip is known for. Still, as an unabashed synthwave geek, I really can’t recommend the updated soundtrack enough. 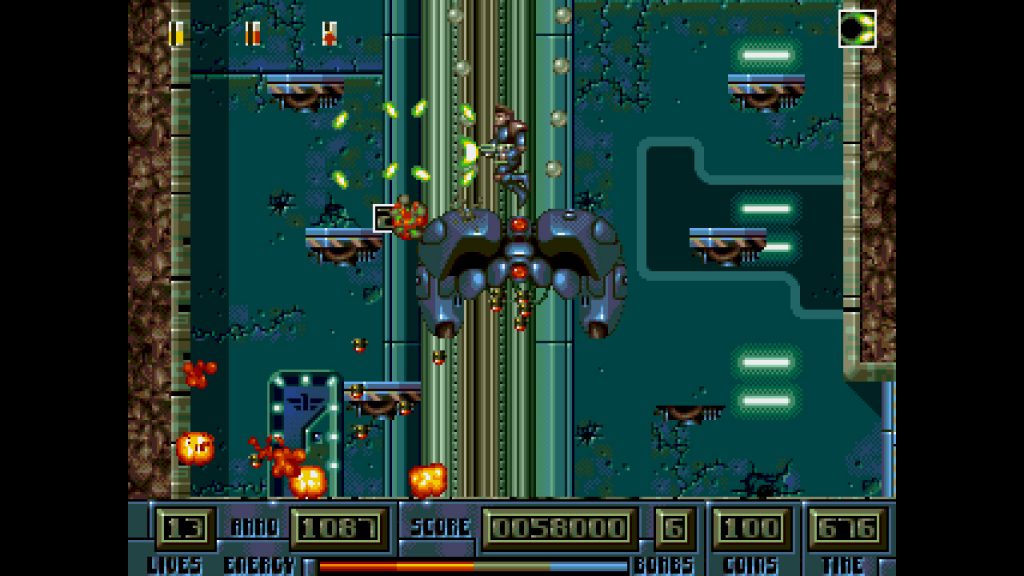 Ultracore’s boss battles are tough but fair with easy to recognize patterns.

With its punchy gunplay, massive levels, and a killer score, Ultracore has a lot going for it. Unfortunately, some very dated mechanics and questionable design choices often get in the way of an otherwise lovely run-and-gunner. The most egregious of these issues is the game’s lopsided difficulty. When you’re only running around and wreaking havoc on hordes of robots, Ultracore is a literal blast. It’s when the game forces you to perform precision platforming in rooms full of death traps that things start to fall apart.

Some rooms will require you to bounce up and down on shifting platforms to reach high-above areas that demand pixel-perfect accuracy. Others will have you hopping from one shifting panel to the next before they slide into the background, à la Castlevania.

Now, I don’t mind a good challenge. On the contrary, I love it when a game pushes me to try harder. The problem with Ultracore is the game’s shoddy collision detection, which turns what could have been a highlight of the game into an exercise in pure frustration.

During my review playthrough, it got to the point where falling through solid platforms to the void below scared me more than any cybernetic terrors. It happened regularly and seemingly without rhyme or reason. It’s not at all uncommon to breeze through a level with half a dozen lives to spare only to lose them all because your character feels the need to seep through the floor like a plasma rifle-packing phantom.

There’s no save or level select system that allows you to start from the levels you’ve completed. Instead, beating a stage awards you with a password which, when entered, will return you to the beginning of the area with just as many lives and continues as you had remaining when you reached that point. Given the game’s finicky platforming mechanics, the lack of a real save feature or option to start from levels you’ve previously completed seems like a glaring omission.

At the end of the day, Ultracore is a fun but flawed piece of gaming history that I’m glad I had the chance to play, though it’s probably not for everybody. With chaotic combat, fun boss battles, and new updates like twin-stick support and a pumping synthwave score, Ultracore is at its best on current-gen hardware.

If you’re a die-hard retro gamer or a fan of Eurostyle shooters and can look past its often messy platforming and dated design choices, Ultracore is a game that’s sure to fill that Turrican-shaped void in your heart.