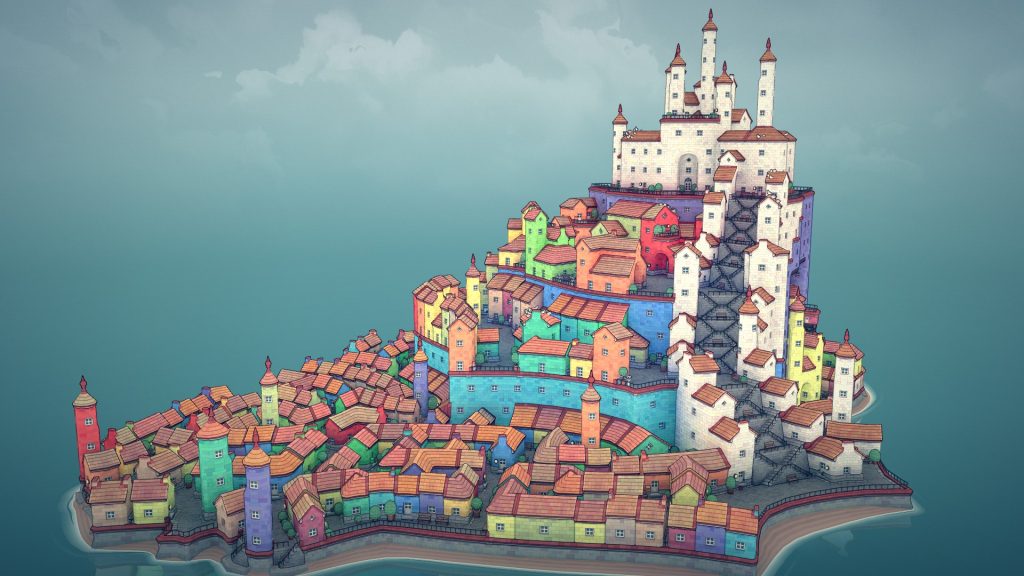 Steam’s new points system got me good. Suddenly, I went from not really checking out what’s new to feeling like I had to explore every nook and cranny on the site. One thing lead to another, and I somehow ended up on Townscaper, a recently released “instant town building toy” by solo indie developer Oskar Stålberg. A passion project for Stålberg, Townscaper had already amassed 400 Steam reviews by the time I stumbled upon it, which, for a game that had only been live for a day, was seriously surprising. I decided I had to know more, and this instant town-builder became an instant-buy. 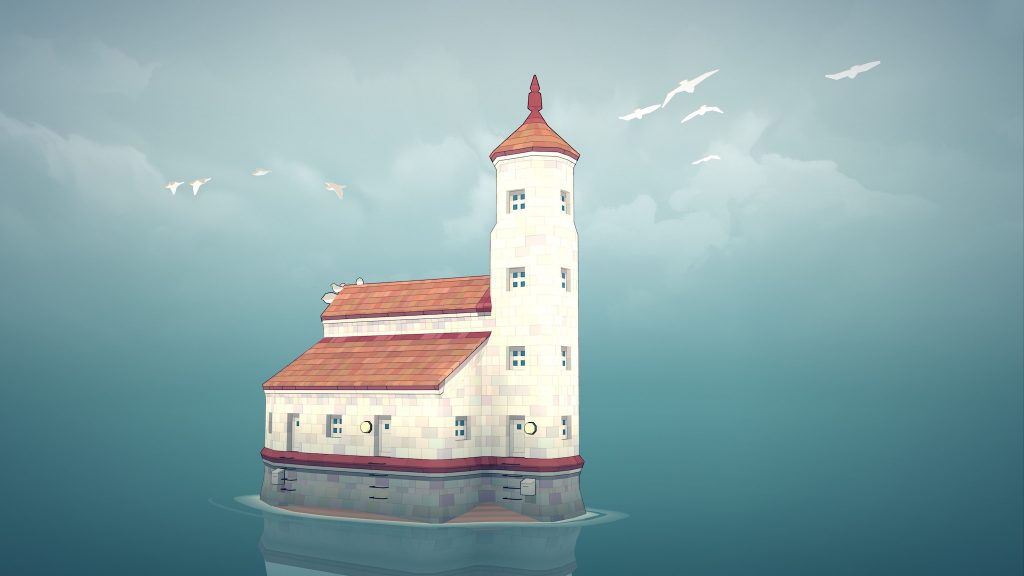 With no music and minimal graphics, UI, and… well, everything, Townscaper appears, at first glance, pretty limited. Opening up on a vast ocean as far as the eye can see, it’s up to the player to fill it with tiny towns full of their own charm and character. Although the sky’s the limit — and even then, that’s arguable — there’s a palette of 15 colors to work with slapped onto the same building type, which appears to be a beautiful brick. Don’t let the seemingly-small crayon box of color diversity fool you, though; as long as the player has an active imagination, there’s a lot to create and a lot more to discover. 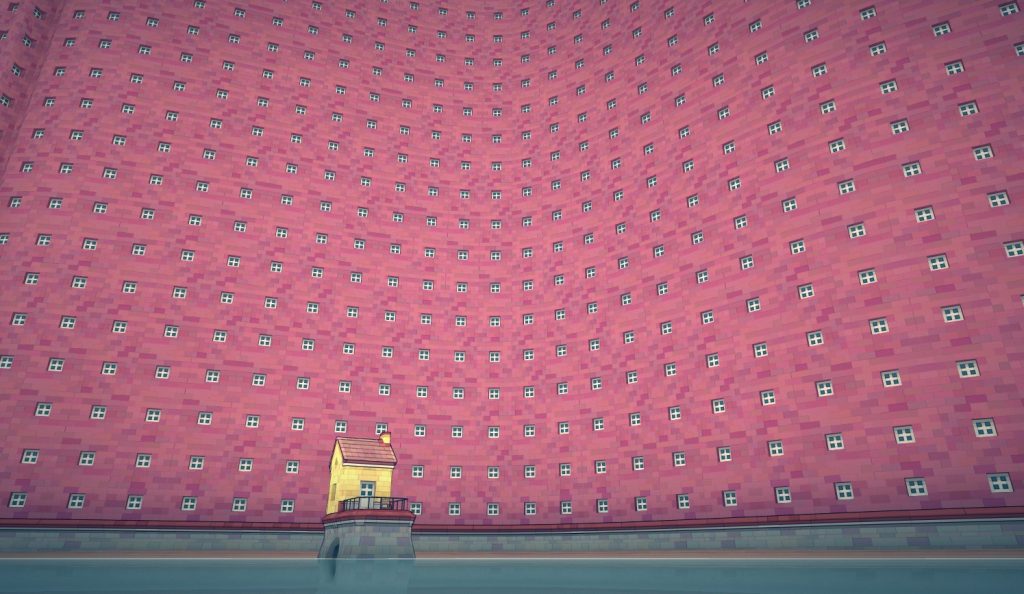 Townscaper’s controls are simple on paper — left click + drag moves the camera, right click + drag pans the camera, and the scroll wheel zooms. With that being said, I found myself constantly reaching for the WASD keys in an attempt to move the camera, only to pull my hand back after attempting the useless endeavor. The left click also shares function with placing buildings, and although the this works seamlessly, I found myself wishing for an option to place multiple buildings at once in a quick fashion, such as being able to hold down shift and click while dragging. Nevertheless, I still appreciate the control for what they are — simple. 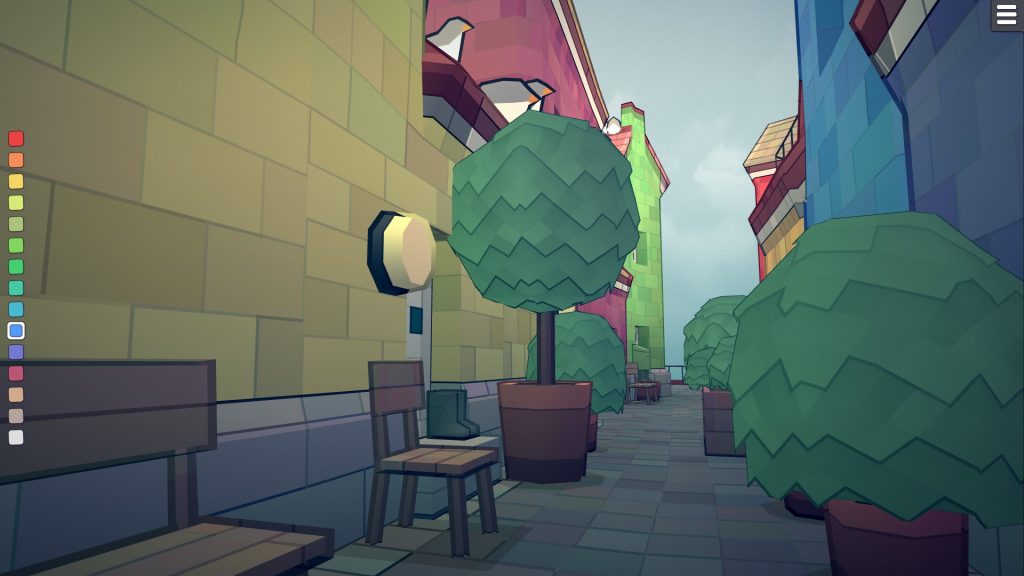 One of my favorite aspects of Townscaper is that I can manipulate the camera controls ~just so~ so that I am able to get down to a street level and see the intricate details that make the tiny little town feel more alive. Benches dot the passageways, clotheslines hang between two windows, and even articles of clothing sit outside the doorways, waiting for their owners to don them before going about their day. The little details like this make the towns feel lived in — I only wish I could see its inhabitants, but perhaps they remain hidden for good reason. 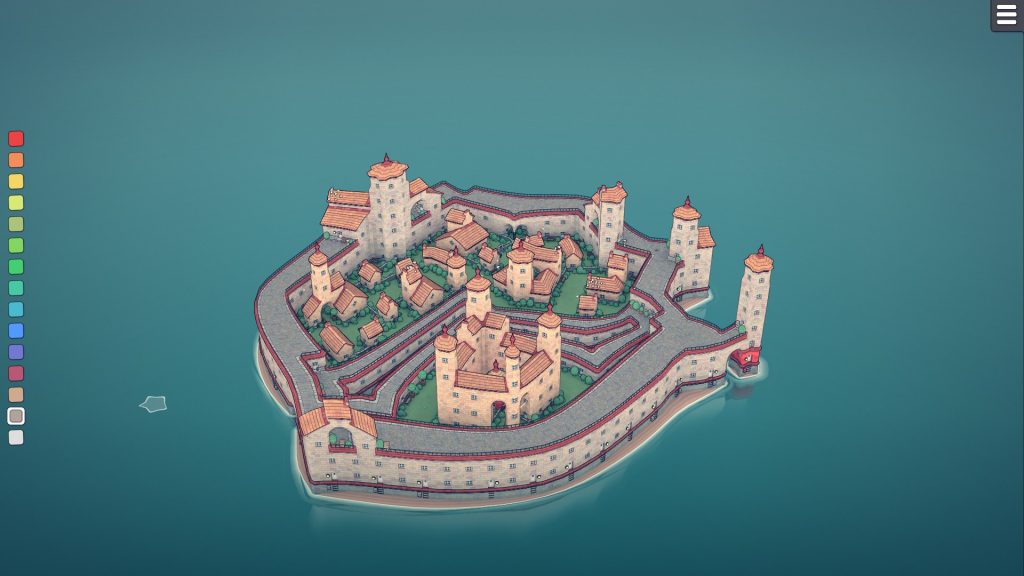 After only a few minutes in Townscaper, I had realized the extent of the game — build buildings with no real purpose or urgency. At that point, it’s often tempting to want to close out sandbox games, especially for those who aren’t big fans of the genre; however, I believe Townscaper sets itself apart from the pack in that there’s a lot more to discover in the mechanic itself. Sure, you just put a few buildings down and you have a town, but if you put them down in specific formats, you can build legitimate metropoleis, sprawling islands connected by causeways, looming floating fortresses, or even brick and mortar pixel art. In this sense, it’s less like building blocks and more like playing with clay; after balling it up in your hands, you understand the properties of the material, but it’s up to you to unlock its potential. 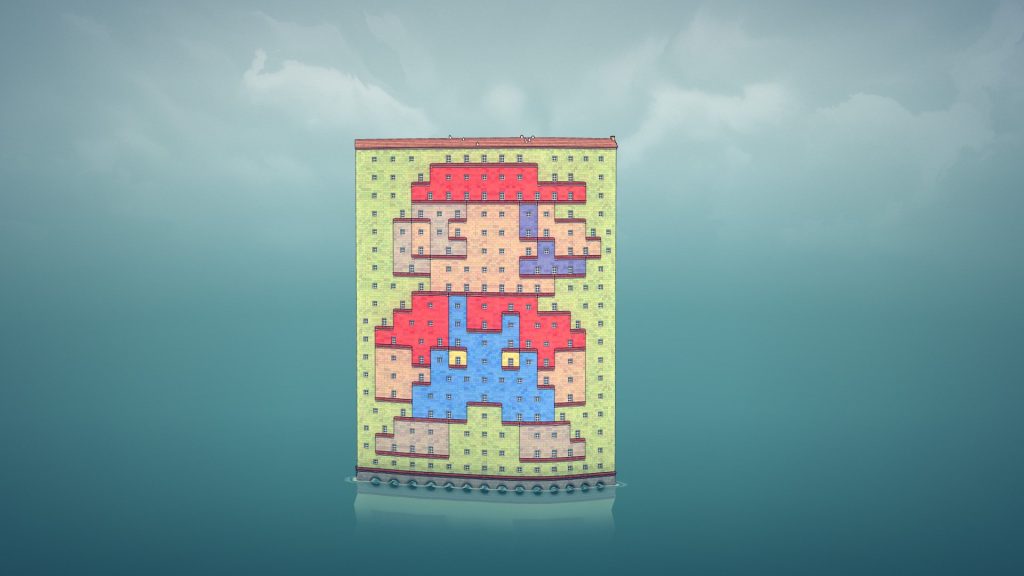 After playing a long, intense game like Catherine Full Body, it was really nice to have a relaxing breather like Townscaper to zone out to while still feeling engaged. Every building I placed, there was something new to discover about my little town — stairs appeared, birds would settle on rooftops, and beaches would form near the town’s foundations. As much as I was crafting the environment, I was learning about it too, which prompted even more creativity on my end. That process of molding the environment and then learning about the effects my actions had isn’t all that common in sandbox city builders, which normally focuses on the former. A refreshing take on the genre, I definitely feel like this is one I’m going to periodically come back to for years to come.

Be sure to check out Townscaper on Steam today. 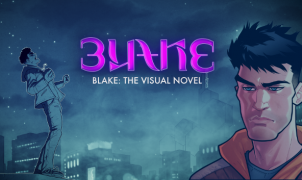 Blake: The Visual Novel Review: It’s Blake Both Front-To-Back   The thing about visual novels is that they are often like interactive comic books—a dalliance of art and…