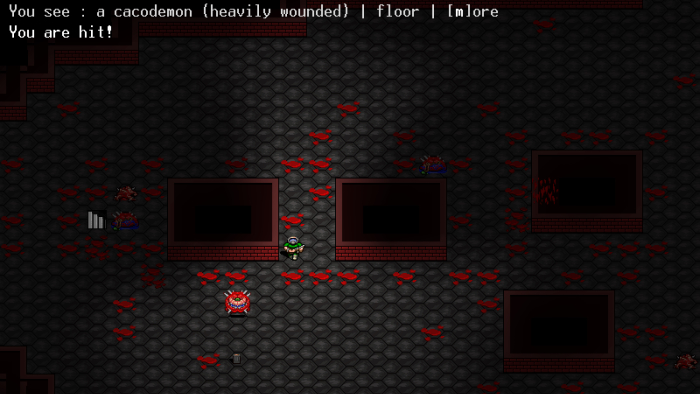 The most accessible and newbie-friendly of the bunch, Doom, The Roguelike (DRL) translates the iconic shooter’s world into the roguelike format quite excellently. It eschews some of the genre’s more cumbersome aspects and focuses more on quick action, earning itself the title of “coffeebreak roguelike”. It’s for these reasons, as well as the excellent graphic work and soundtrack, that it’s the best example of a gateway game to the genre and the one I’d recommend most to newcomers. Obviously, they changed the name to DRL to avoid the wrath of copyright strikes but it’s the same game.

There’s a growing trend in the roguelike scene to adapt popular books, movies and other games into the genre. AliensRL, from the same fellow that gave us DRL, is one of the most sterling examples. It’s keyboard-only and embraces a more action-orientated approach, with assorted weapon slots and inventory keys for health packs. It’s refined, to the point and great if you have a few minutes to kill in the randomly-generated tower complex. Just don’t pay attention to the lack of a tileset. 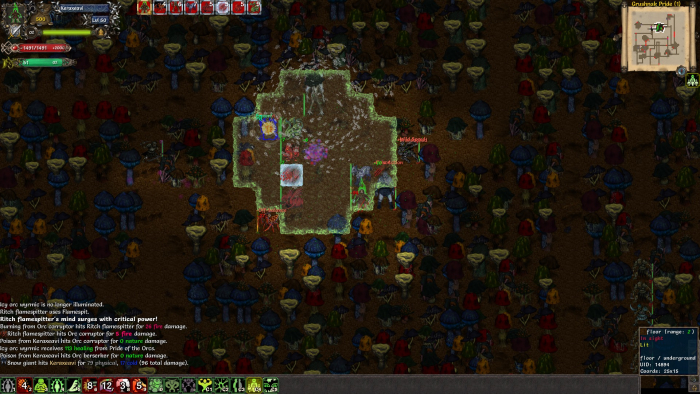 Graphically gorgeous, Tale of Maj’Eyal, also known as TOME, is a massive, sprawling game. Lots of character classes, randomly spawning locations and side-quests give it a lot of replay value and accessibility, but a tutorial mode and ease of use go even further towards making the game friendly for veterans and newcomers alike. The Steam version is also notorious for having one of the highest number of achievements; 1755 as of the time of writing. It’s also possible to put in dozens of hours and not unlock a single one!

Right place, right time, wrong number I like me a good mystery, real good. What I like the most is one where the complexity of mystery all comes from…