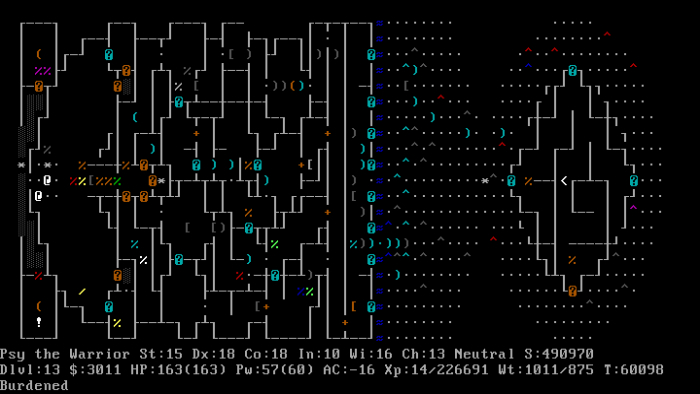 Based on an earlier game called Hack, Nethack is very quirky. Although you won’t want to put it down once you really get into it, mastery requires a significant amount of playthroughs and discussions with NPC’s to acquire the required metaknowledge for the game’s many nuances. Still, you can’t go wrong with a crawler that’s so accessible and offers you class choices like “tourist”, complete with camera. 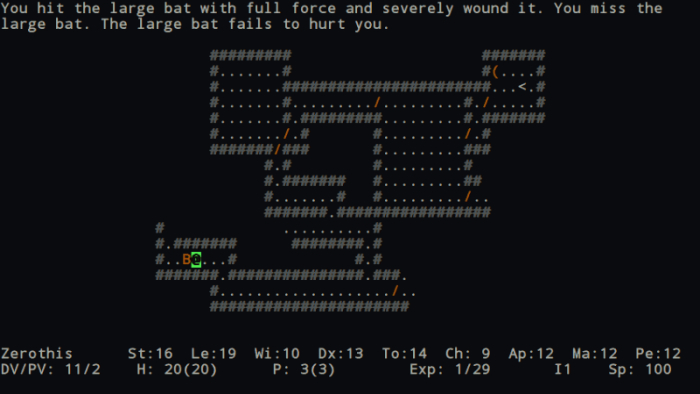 Ancient Domains of Mystery, henceforth referred to as ADOM, was one of the first roguelikes to feature an amazingly in-depth storyline. The game world’s lore is gradually revealed to the player through quests, and the sense of retrocognition is retained throughout by finding and making use of previous memory fragments. It’s purely ASCII and purely old-school. 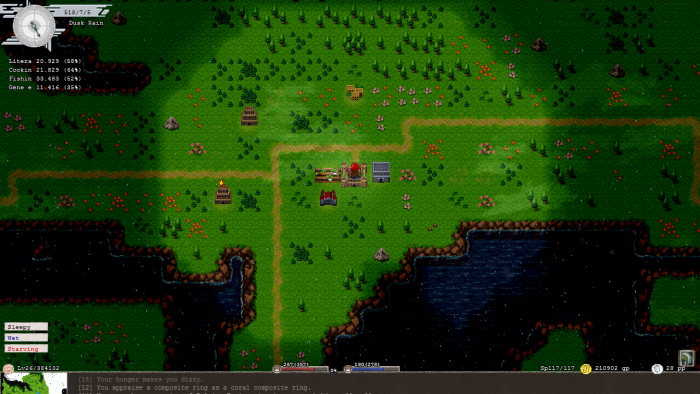 A rougelike mixed with Japanese weirdness is a sure recipe for success, and Elona Plus is certainly a textbook example. Employing ideas across the board from many different games and culture icons (Big Daddies, anyone?), it’s quirky as hell and good for a laugh or two. Best of all, it decides to ditch permadeath entirely, leaving players to fully experiment with the various absurdities without dire consequences. I wouldn’t call it a gateway example, but definitely one for those who want a more lighthearted experience.