Quarter For Your Thoughts? Here’s Our Last of Us Part II Quarter Guide 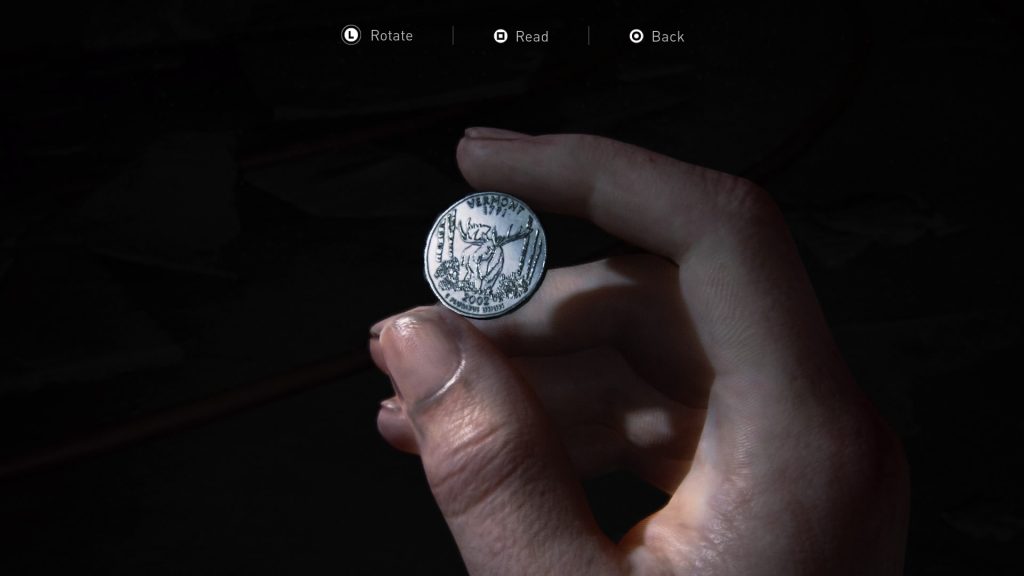 There’s a lot of pet peeves people seem to have with Abby in this game, and while I don’t agree with them all, here’s one that’s a bit boring that stands out: coin collecting. As someone who owns every state quarter myself, I don’t fully understand the appeal but then again, I don’t live in post-apocalyptic 2034-2039 (at least, not yet). Anyways, instead of feeling short-changed, here is a quick guide to every findable collectible quarter in The Last of Us Part II.

In the first flashback level, use a bottle to break through a window in the bathroom and climb. It’s sitting on top of the dumpster you’ll need to move.

Once you leave your shared apartment with your two new allies, instead of walking straight down, head to the left.

At the clothes washing area just before heading down the stairs to the dog pens, check some benches just past the stairway. It’s on a table to the right above the last stairway descent.

In the dugout after retrieving your dog. It’s on the ground, just past the desk where the woman greets you and below the wolf mural.

Before ending the level and just after the gun range challenge, in the final room head left and check the metal cabinet in the back left corner just past an unusable makeshift workbench.

After the lengthy drive-by fight in the car and entering the warehouse, check the table to the right immediately after pulling down the metal grated door.

The checkout counter/cash register in the far back corner of the greenhouse after you and Manny lock the door behind you. Just after the battle with the Shambler.

When trapped with Mel in the warehouse, head to the second floor and place your newfound ladder on the blue doored building next to you instead of crossing the boat. You’ll find it on the table.

After escaping the warehouse, smash the window of a trailer in the middle area before proceeding to the railyard. The coin is on a desk inside.

Behind a group of soldiers after being saved by the WLF. Head towards the small stairs. Check the railing above them.

After you check in, take a left and head towards the group of soldiers by the green public potties. Check atop the green crate.

When entering the building to meet Isaac, go left and head towards the dinner table where you’re asked about a game. Check to the left of their table.

Go through the Asian clothing store. You can climb up a truck to enter a window and find the coin is in a drawer in the room.

After the infected battle in the shipping yard climb onto the road bridge and check the dead body by the railing.

On the boat, the Mezzanine Deck on the second level. Head right from the stairs down a hall and make a right. It’s on a supply pile with suitcases and teddy bears.

Just after finding the captain’s body and climbing the ladder out of the boat area. Check behind the large mast to find it next to a glass of wine.

Check the water fountain outside the entrance to the aquarium.

Look at the tall buildings with Lev and check the counter of a barbershop to the right.

After the rapids from the Interbay store, check the upstairs part of the shop. It’s on the blue ledge in the corner of the room.

After falling from the crane dive further down into the pool to grab it.

Across a beam on the lower level after obtaining the flamethrower. It’s on a table in room 1107.

After the clicker confrontation and dropping down the elevator shaft, check the vending machine to the left.

After escaping the elevator shaft and taking your masks off, check behind the bar.

When entering the hospital area, head right immediately and down through the glass at the end of the hall.

Behind the coffee counter when being led to the ICU by Nora.

After the monster, Abby will pull up a grate to move forward. To the left, is a security post. Break into it to find the coin.

As you regain control after Lev departs with the boat, hop up and check the grass.

As you hop down to the ground level through the elevator, but just before going to the blue rail, continue on the path and check beneath a tarp on the right.

On the island with Yara, use a ladder to climb onto the highway and check the truck to the left inside the trailer.

After the alarm is alerted to your presence, check the car with an open door to find a book with the coin.

Check the first Seraphite camp. Climb atop the barn and check the bale of hay high where the Snipers were.

After Abby asks if there’s a way around, and you leave with Yara and Lev, it’s to the left in a shopping cart.

And that’s all she wrote. For a full look at the game, be sure to check out our review of The Last of Us Part II. 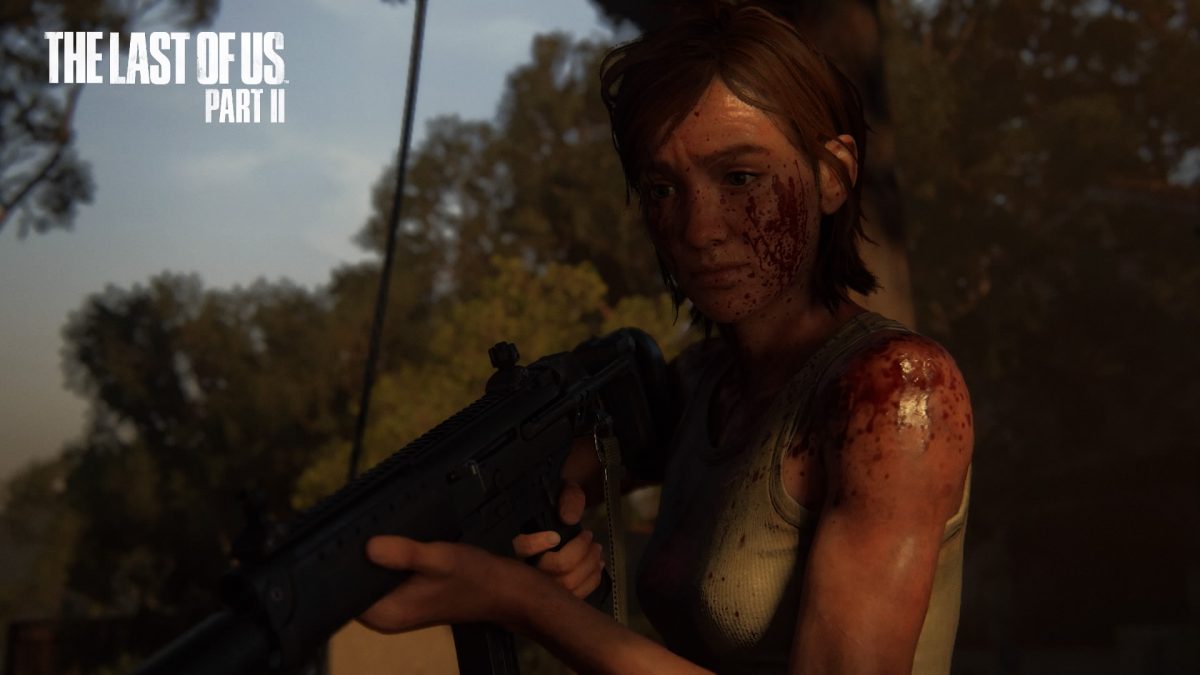 YamaYama Review Party games are a huge business. Plenty of companies have found a lot of success with them in the past. That’s why Nintendo has made no less…