The Legend Lives On 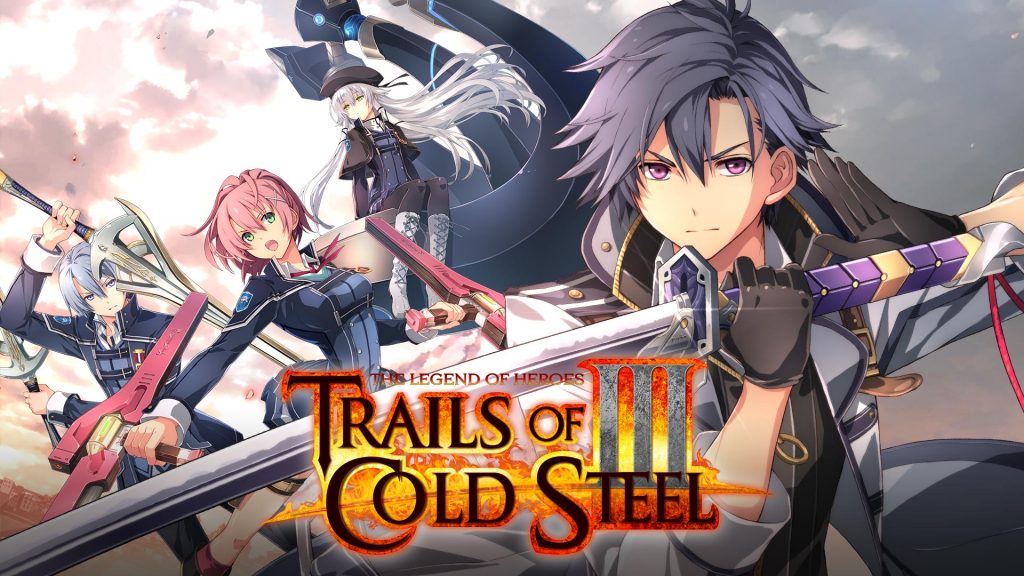 Have you ever come back to a game that you used to love (or hate), only to change your opinion of it completely? I’m pretty sure that we all have. We’re human, after all; things like opinions and preferences change. And that’s just fine. But, sometimes they don’t. Sometimes you come back to a game that you had a lot of fun with the first time around only to find yourself thinking, “yep, I was completely right about this game being great, and my opinion hasn’t changed at all.” That just so happens to be my opinion on Nihon Falcom’s The Legend of Heroes: Trails of Cold Steel III (and all of the other games in the series, too, if we’re being honest). Just like legends themselves, I don’t think that this game will ever truly die… er… get less fun. Bah, you know what I mean. 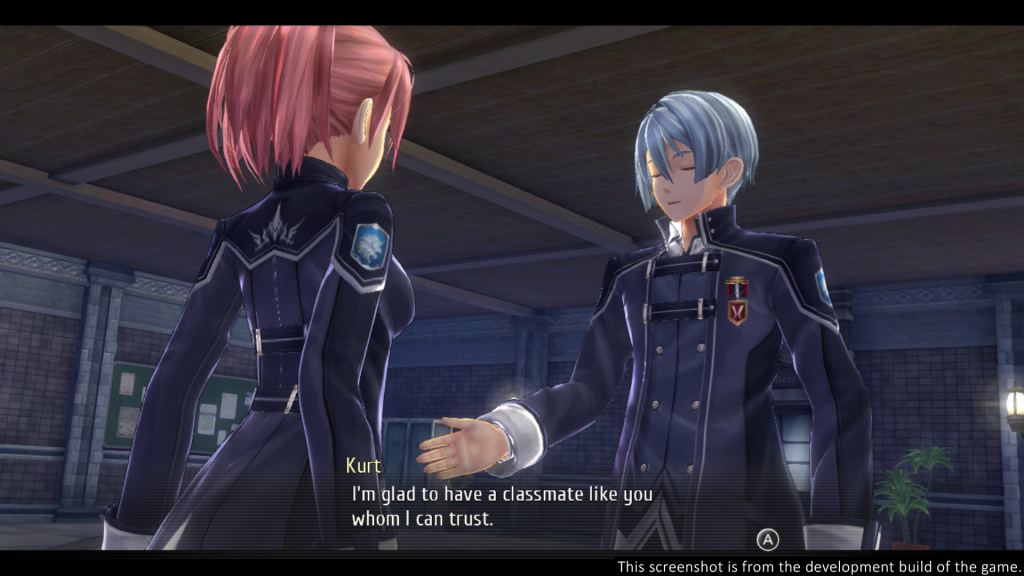 At least these two are getting along better than Rean and Alisa did when they were in Class VII.

You know that quote “the more things change, the more they stay the same?” Well, that basically describes the beginning of Trails III‘s story. Despite starting out as but a humble student at Thors Military Academy himself during the first Trails game, the events within the latter half of said title as well as the entirety of Trails II saw to it that Rean’s time as a student was anything but student-like. So, naturally, Trails III—a game that takes place over a year after the events of Trails II—begins with… Rean returning to Thors as the new Class VII instructor. Talk about hanging onto your youth, eh, Rean? I kid, I kid.

In reality, Rean’s return to Thors doesn’t have anything to do with making up for lost time. Instead, he was invited to be the new Class VII instructor. And, on top of that, he’ll be teaching at the Thors Branch Campus—a newly established Thors Military Academy whose specialty lies within its ability to take in Thors students who were deemed to be too dangerous or problematic to operate as students within the main campus. Rean, of course, basically knew nothing about this—making him just as oblivious as the students to whom he is supposed to be providing guidance. But, as we all know, a little thing like unpreparedness has never stopped ol’ Schwarzer before; not in battle, and not in academics! 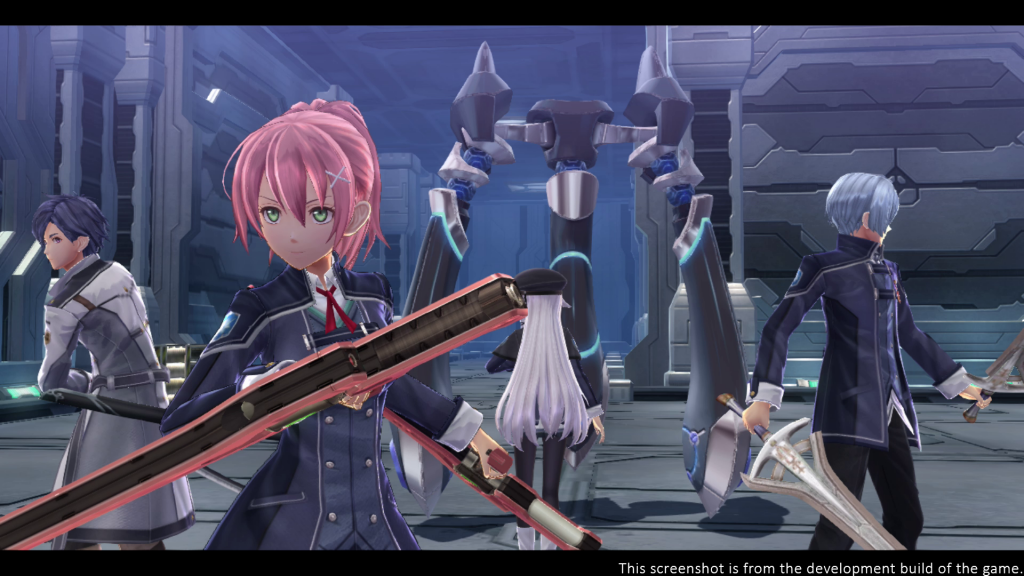 I’ve said it before in every Trails review that I’ve done, and I’ll continue to say it; the Trails of Cold Steel series is one of the most narratively savvy series that I know. Naturally, this extends to Trails III as well. Despite offering the biggest self-inflicted narrative curveball yet—the removal of the old class VII as the focal point (sans Rean), and the establishment of the new one—this game’s story continues to build up steam like never before, and never drops the ball once (at least, in my opinion). Despite it taking some time to get used to the fact that many of my favorite characters were removed from the spotlight, I quickly found myself growing to love the new Class VII, and rejoiced whenever it expanded its circle to take new members in. While Juna, Kurt, and the rest may be lagging behind in terms of exposure, they nevertheless quickly found their way into my heart in the same manner that the original Class VII did. 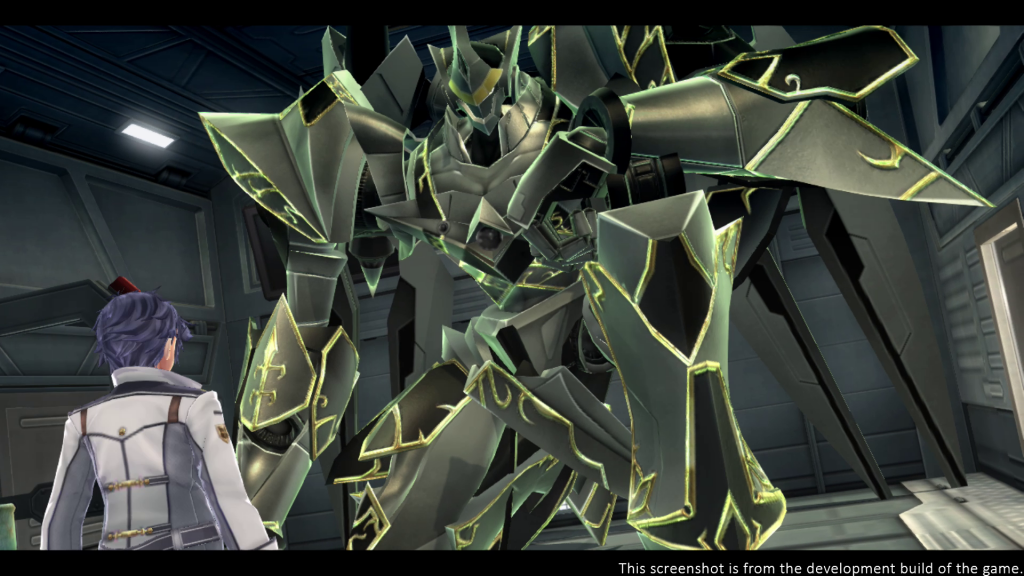 I’m SURE you won’t run into any trouble requiring Valimar’s help.

The easiest way to describe Trails III would be to call it “Trails I, but better,” but I feel like that’s not a very fair comparison. After all, the first Trails of Cold Steel came out quite a while ago and was incredibly polished for its time. It’s really not a game that I want to insult so casually. Still, the similarities between the first and third installments are obvious. Ditching Trails II’s more open-ended, free-roaming gameplay, Trails III, once again puts players on a very linear gameplay path. Even the first game’s progression formula is back; just take “Old Schoolhouse > Free time > Mission,” replace “Old Schoolhouse with “Einhel Keep,” and, *bam*, you’ve got this game’s setup.

Now, I know that this style of gameplay isn’t everyone’s cup of tea. I can’t say that it’s mine, either. Generally speaking, JRPGs are all about exploration, and, if we’re being honest, wasting your time doing trivial things that have very little to do with the main story. But, given just how narrative-driven this game—no, this entire series—is, that’s just not going to happen. It’s not as bad as it sounds, though (if it sounds bad at all, that is); I promise. Despite not being able to freely control where you go, the amount of ground that this game lets you cover far exceeds that of the first Trails game. Be they towns, dungeons, or just stretches of road, the world of Trails III is bigger and more robust than ever before—and, yes, it still looks good on Switch. Even in handheld mode. 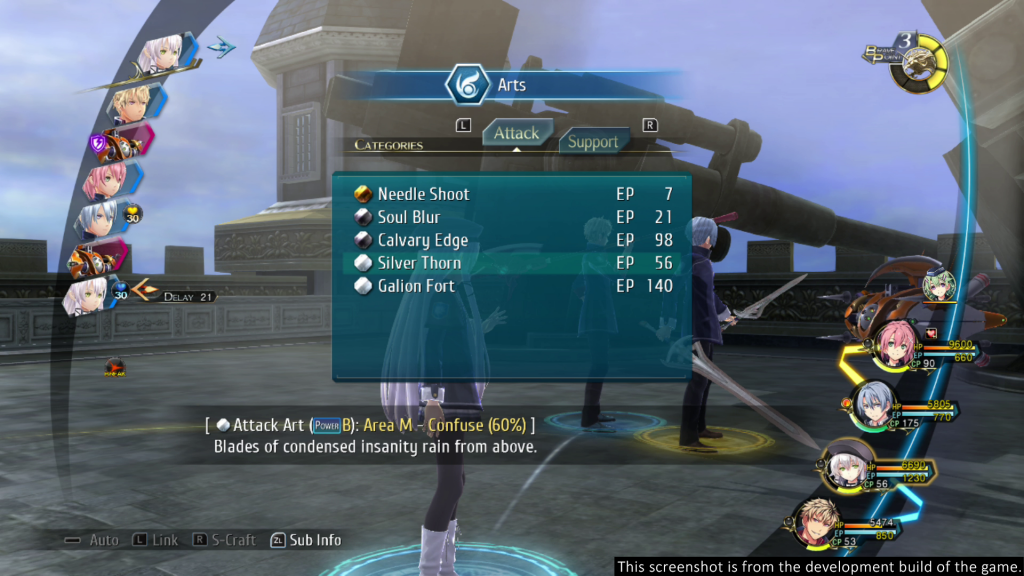 Arts and Crafts are back, baby!

If you’ve played either of the first two titles in this series, you already know what almost all of this game’s combat is like. However, in true Trails of Cold Steel fashion, Trails III continues the tradition of one-upping its direct predecessor by adding in two new primary combat mechanics; Brave Orders, and Breaks. Remember how you could accumulate Brave Points in the first two games to execute Combat Links between two party members? Well, you can still do that. But you can also now use said accumulated BP to execute a Brave Order. Without getting into things too much, Brave Orders are highly potent buffs that don’t stick around for very long. And, of course, like everything else introduced within this series, they mesh with all of the pre-existing mechanics incredibly well. Rather than allowing the player to over-buff themselves, Brave Orders instead allow players to, when executed correctly, gain slight advantages over their opponents or smooth over problematic situations that they might find themselves in. They’re fun, unobtrusive, and make a lot of sense in the context of the game.

If Brave Orders could be called an evolution of Combat Links, then Breaks could similarly be called an evolution of Unbalancing—and we all know how important that feature is. Similar to Unbalancing, Breaking an opponent leaves them rather helpless by dropping their defense, and even allowing the player to set up a barrage of easy Unbalances afterward. Of course, Breaking isn’t always easy. While an Unbalance can be triggered simply by using the correct weapon type, Breaking can only occur once you’ve completely reduced the enemy’s Break Gauge to 0. So, yeah, it can be kind of hard—but it’s definitely worth the payoff! 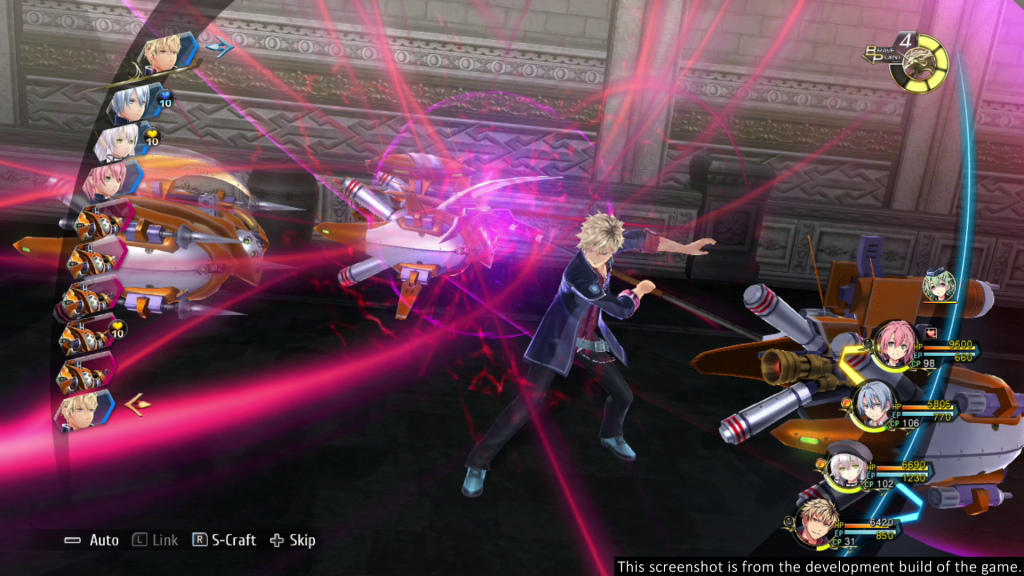 No need to show off so much, Ash.

Do you like the mech battles in Trails of Cold Steel? I do. And, hopefully, you do too, because they’re back and bigger than ever! And, no, that’s not me being hyperbolic either. While Rean and Valimar have been doing a great job all on their own in Trails I and II, Trails of Cold Steel III lets him get a little help from his friends (and students) by allowing players to (eventually) control multiple mech units at once in battle! Other than that, things are still mostly the same—same combat mechanics, the same ability to “equip” non-active party members, and so on—but the addition of extra party members adds a new and dynamic level of strategy to the larger-than-life scraps that this game has going on.

To Be (Quite Happily) Continued

It doesn’t matter if it’s the first, second, or tenth time that I’m playing this game; my opinion of this game is always going to be the same. Building upon an already impressive legacy, The Legend of Heroes: Trails of Cold Steel III continues to live up to—and in many cases exceed—my expectations of what a contemporary JRPG masterpiece aught to be.

Full disclosure: This review is based on a Switch copy of The Legend of Heroes: Trails of Cold Steel III given to Hey Poor Player by the publisher.