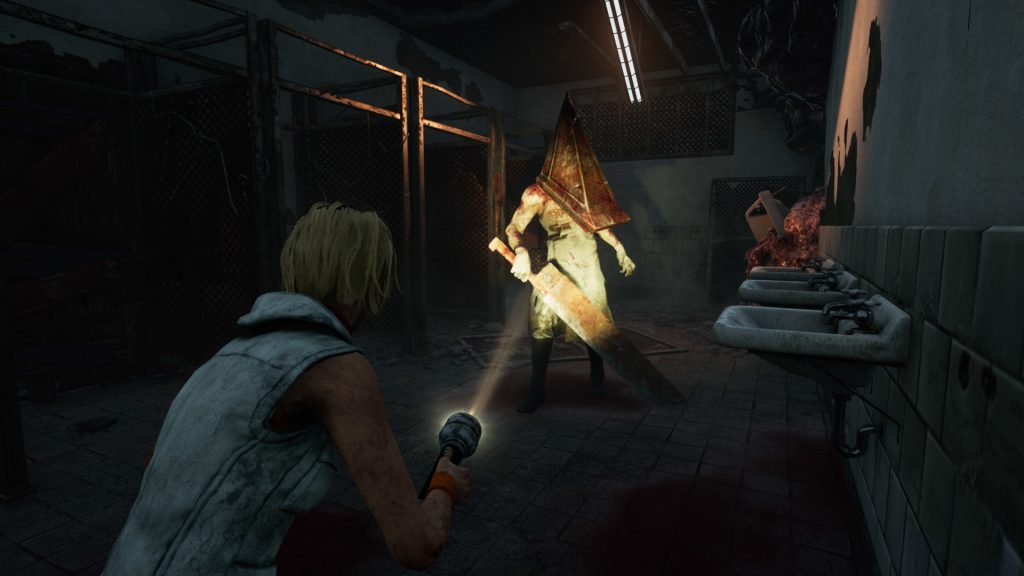 With the release of Dead By Daylight’s Silent Hill collaboration just days away, developer Behaviour Interactive has published a new trailer offering a look at what’s in store.

Set within the halls of Silent Hill’s Midwich Elementary School, the chapter introduces Silent Hill 2 villain Pyramid Head (now known as “The Executioner”). The Executioner can use his large knife to eviscerate survivors and create an Infernal Construct that inflicts all who approach it with Torment.

The episode also adds a new playable survivor, Silent Hill 3’s protagonist Cheryl Mason. Cheryl can use Blood Pact to avoid becoming the killer’s obsession and even call upon The Entity to block a generator she’s repaired.

Watch The Executioner and Cheryl in action in the latest trailer for the game below:

Dead By Daylight’s Silent Hill Chapter will release on PlayStation 4, Xbox One, Switch, and PC on June 16, 2020.

You can find more information on the game’s official Steam Page.

Are you looking forward to exploring the eerie halls of Midwich Elementary School to escape the clutches of Pyramid Head when this new update drops next week? What other franchise crossovers would you like to see make their way to Dead By Daylight? Let us know in the comments section.