A Crash Course in Dungeoneering 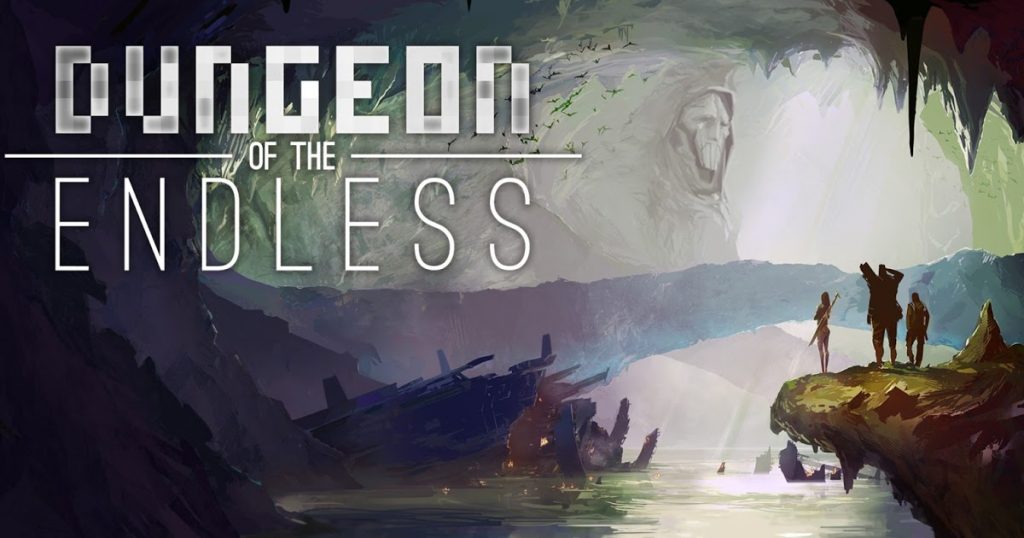 I don’t think that I’ve ever played a game quite like Dungeon of the Endless, before. I mean, sure, I’ve played plenty of games with resource management, tower-defense, and dungeon-crawling elements before, but never a game that tries to cram all three into a single experience. Truth be told, the game isn’t perfect; after all, the fact that games utilizing all three of the elements mentioned above at once might be telling of their inability to work together in an entirely cohesive manner. But a game doesn’t need to be perfect to be fun. And Dungeon of the Endless? Well, it’s pretty fun! Sometimes. …At least when it’s working properly, anyway.

Heroes from the Heavens 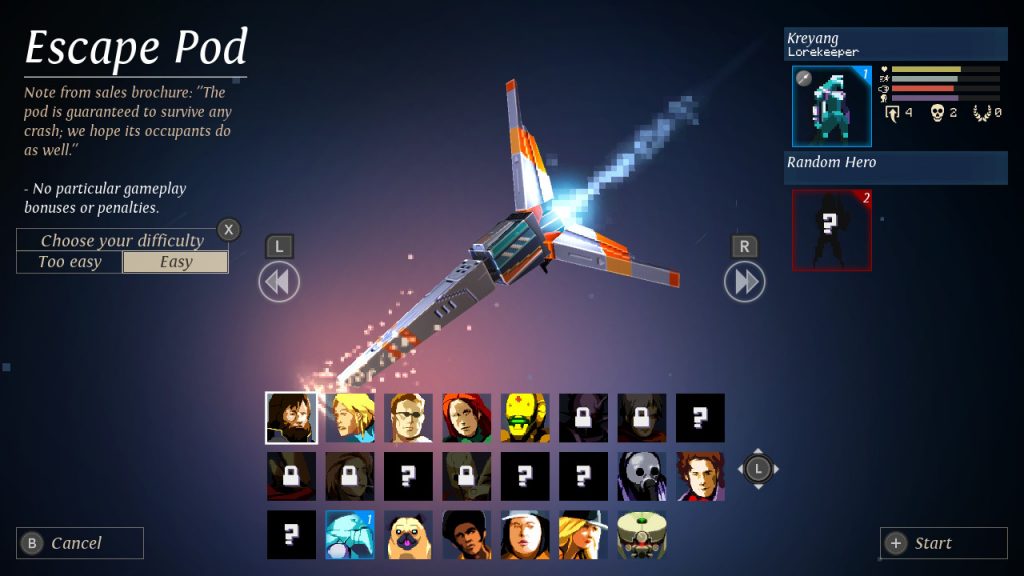 Pick a pod, any pod! Oh, and some people to go inside of it, too.

Dungeon of the Endless‘ narrative is, by all means, short and sweet. The story follows the aftermath experienced by the prison ship Success, who, while in transit to Augria Prime, had a bit of a run-in with the now-defunct planet’s not-so-defunct security system which promptly tore the ship to shreds. Fortunately for the passengers aboard, however, the Success came built with the ability to segment itself, transitioning from a single space ship to an array of escape pods. Thus, with nowhere to go but down, the various people (and robots, and dogs) aboard the Success—both good and bad—boarded the escape pods two at a time, crashing all the way down into the very bottom of Augria Prime’s largest (and most dangerous) facility; with the only way out being to climb back up (and fend off the countless monstrosities lying in wait).

Because this game’s story is basically there just to give you a reason as to why you’re exploring an abandoned facility, there isn’t a whole lot to it. And, because there isn’t a whole lot to it, there’s not much that I can comment on other than saying that it serves its purpose adequately. What I can comment on, however, is how this game approaches flavor text. Now, I’d like to make it clear that I know that this game is not brand-new. In fact, it’s about six years old at this point—and certain things were written differently back then. With that being said, however, I cannot for the life of me understand why this game sees the need to attempt to inject humor into as much dialogue as possible. From character banter to item descriptions, to alerts that the game gives you, Dungeon of the Endless seems painfully keen on trying to make you laugh—and does not succeed. Is this a deal-breaker? No, not in this case. But I still feel it necessary to call it out. Based on what I can tell, the situation your characters are in in this game is a very serious one. And, while properly timed humor works just fine in darker games, this weird Newgrounds-esque “haha everything funny” approach is both out-of-place and distasteful.

The Core of the Matter 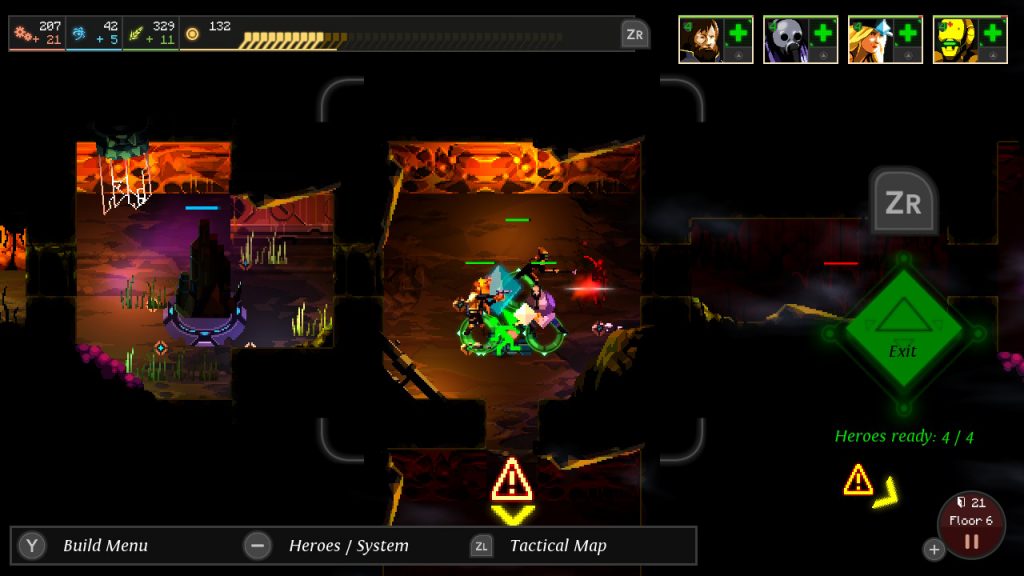 I’ve already mentioned that Dungeon of the Endless brings together several different genres, but it’s about time we take a closer look at them. In some ways, this game actually follows the standard dungeon-crawling procedure pretty closely. After all, the whole “explore each floor and find the exit” thing is kind of what defines this genre in the first place. Things get more complicated than that, though. And, no, I’m not just talking about the monsters. You see, it’s not enough to simply make it to locate the exit in Dungeon of the Endless; you’ve got to have one of your characters bring your ship’s core with you, too—and this is where things start to go topsy-turvy.

In case you weren’t aware, the dungeon that you’re trying to get out of has monsters in it. A lot of monsters. Like, a lot a lot. And, while your party members are more than capable of holding their own for a while, they can’t take every single creepy crawly on alone—especially when you’re trying to lug your core to the exit. Talk about a problem, huh? Fortunately, there’s a solution. Similar to traditional tower-defense games, players can build towers (and I use that word in the loosest sense) in almost every room that they’ve explored on any given floor. Ranging from damage-dealing turrets and explosives to enemy-attracting decoys and character-strengthening modules, the towers that Dungeon of the Endless provides for the player, while not endless themselves, are varied enough to suit a variety of playstyles and, in my opinion, are handled well overall. 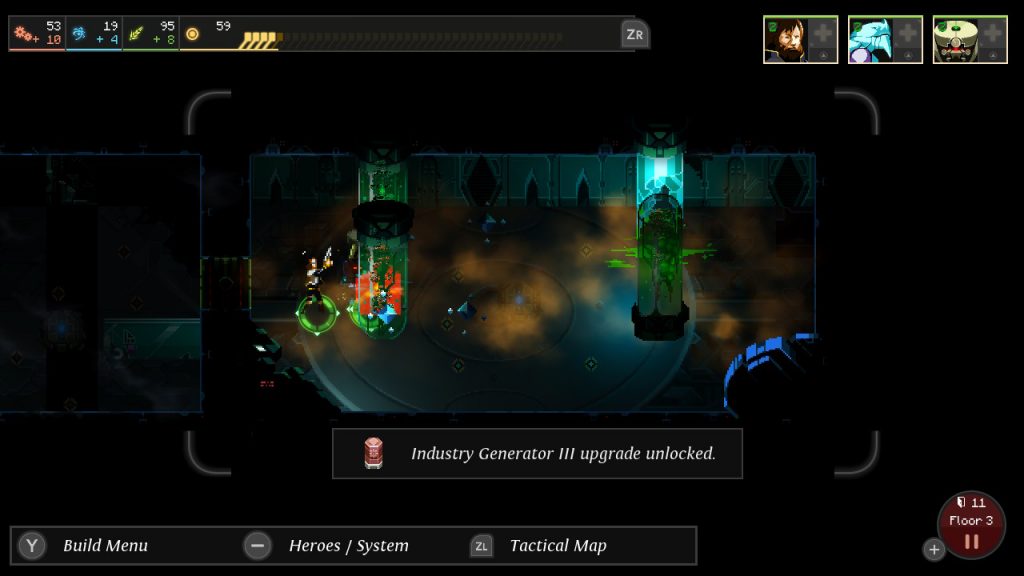 Great! Here’s to hoping that I’ll be alive long enough to put it to use!

Dungeon of the Endless had me on board for the whole dungeon-crawler/tower defense crossover thing. Where it lost me, though, was with its resource management. Credit where it’s due; the way this game handles resources is fairly easy to understand. The game’s resources are broken down into four different categories. There’s Industry, which is used to build modules/towers, Science, which is used to research new modules/towers, Food, which is used to heal and level up players, and Dust, which is used to power rooms (thus allowing the player to build within them), and also acts as the ship’s HP (merchants also use one of these four resources to buy and sell goods). In a less dungeon crawler-y game, I wouldn’t take issue with how resources are set up at all. In fact, I quite like the setup. However, in a game like this, even a little bit of resource management can cause players a lot of trouble if they don’t pay close attention—which can happen easily.

When it comes down to it, I think that what I ended up disliking most about this game was that it tries to do too much at once. Between exploring floors, setting up proper defenses, making sure that your resources aren’t dipping down too low, and trying to keep your surprisingly fragile party members alive and well, I found myself wishing with increasing frequency that I could take a break from at least one thing in this game to focus on everything else. The further you get, the more hectic things become. On top of that, I also felt as though the game focuses more than it should on prep work. I don’t mind trying to carefully collect and allocate resources as needed, but doing so for an hour only to get wiped out on an upper-level floor and have to redo everything from scratch was incredibly discouraging. I’ve always felt that successful dungeon crawlers should be able to instill in players a kind of “one more-itis,” for lack of a better term. While it’s not necessarily fun losing, a loss in a dungeon crawler should make you say to yourself, “okay, I’ve got it for sure next time,” while excitedly delving headfirst into your next run. Dungeon of the Endless, however, typically elicited a response along the lines of “oh my God, I have to collect resources and upgrade everything again?” To be fair, this kind of thing might be fun for some people. But it certainly wasn’t for me. 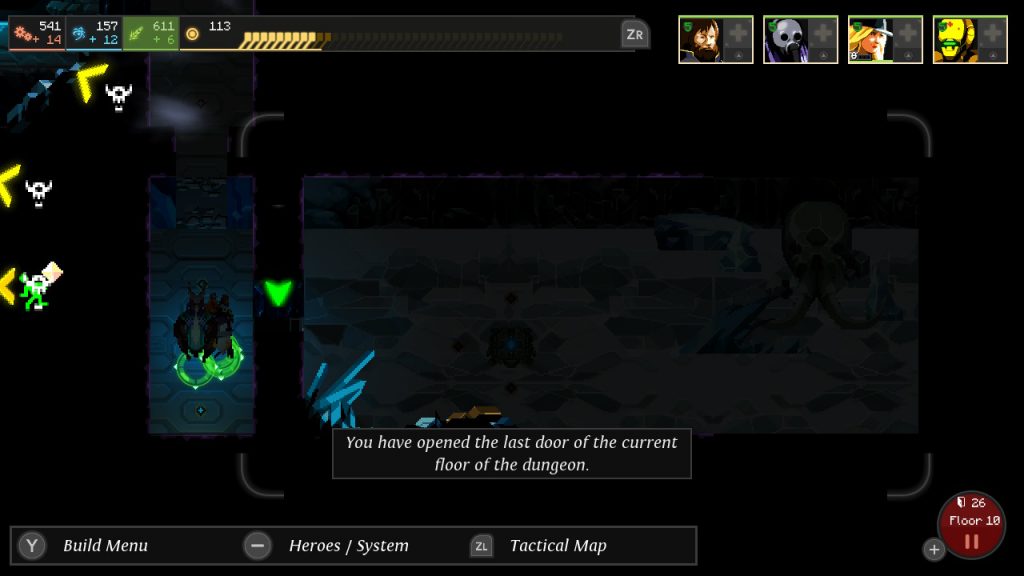 I probably would have made it all the way to the end of this game a handful of times if it hadn’t kept crashing.

It isn’t often that I dedicate a specific section of my review to discussing glitches and bugs. But when I do, you can be sure that they’re serious enough to be considered game-breaking. Or, in this case, game-stoping. Crashes aren’t anything new for me, especially not in the world of video game reviews. I can look over the game closing due to an error once, or maybe even twice, but when it literally happens every time I’m getting close to beating the game, then it gets to the point of being ridiculous. This is also made worse by the fact that, as a roguelike, this game does not save, meaning that every time the game crashed, I had to start all over again. Fortunately, I don’t think that this is something that is going to stick around for the long run (although it’s already been here for too long); the devs seem to be working hard at providing updates for the Switch version of Dungeon of the Endless. And, while I don’t necessarily know what each update entails, I can only assume that they’re working to patch some of the bigger mistakes, such as the game crashing at the end consistently.

Even after that rant about the game crashing at the end, I’d still say that Dungeon of the Endless is a fairly enjoyable and very unique experience. Despite the fact that it’s been out for six years already, it doesn’t feel all too old, and the mechanics, while a little too hectic for my tastes, could easily find a fanbase of its own (and undoubtedly already has). I can’t say that this game would be among the first that I would recommend to a Switch owner, especially with its current bugginess, but there are definitely worse things that you could play.

Full disclosure: A Nintendo Switch copy of Dungeon of the Endless was provided by the publisher.

Ding! Dong! The Witch is back! Yuppie Psycho has always been on my radar but never on my wishlist — don’t get me wrong, it always looked amazing from…