16-bit Metroidvania adventure Alwa’s Legacy casts its spell on Steam and GOG next week, Switch version to follow soon after. 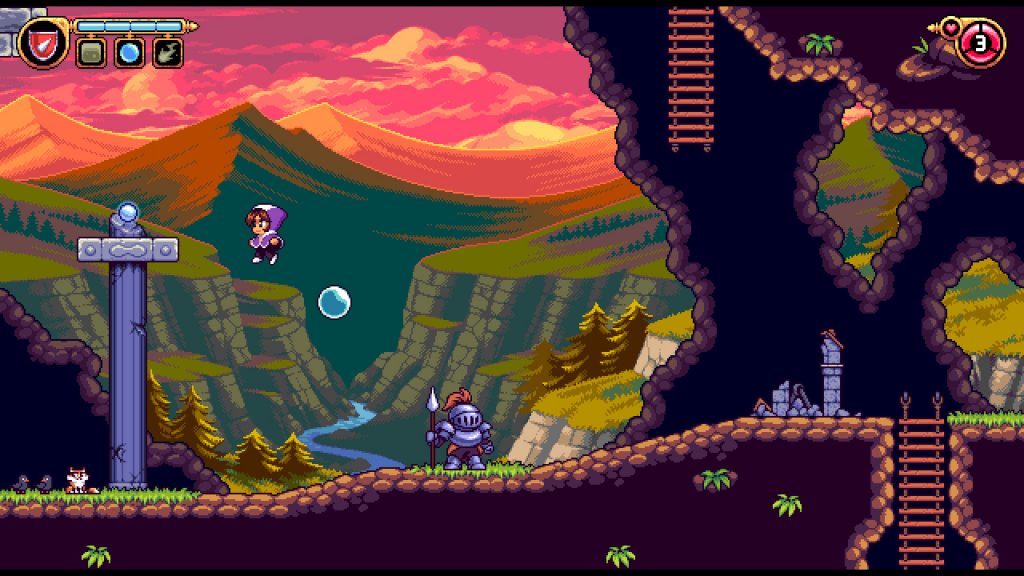 Indie developer Elden Pixels has announced that Alwa’s Legacy will release on Steam and GOG.com on June 17.

The follow-up to 2017’s love letter to the NES, Alwa’s Awakening, the game once again stars Zoe, who, after saving the land of Alwa in the previous title, wakes up to find herself in a strange yet familiar world. To return to her homeland, Zoe will need to help the residents of this strange land by lifting the curse it finds itself under.

Featuring a new and refined 16-bit visual style, the game now features an upgrade system that allows you to tailor Zoe’s abilities. Based around offensive, defensive or explorative skills, these upgrades will help you progress through the game’s nonlinear world filled with colorful characters, deadly traps, and challenging dungeons teeming with puzzles.

“The decision to go full time into game development to make a sequel to Alwa’s Awakening has been very satisfying. Alwa’s Legacy is the great game we’ve always wanted to make with its diverse skill tree, expansive level design and gorgeous 16-bit style graphics,” said Mikael Forslind, Game Designer for Elden Pixels in a press release announcing the game’s release date. “We’ve put everything into making Alwa’s Legacy the best it can be. We can’t wait for the fans to get their hands on it after all their support.”

Check out the Alwa’s Legacy launch trailer below:

Alwa’s Legacy will be releasing on Steam and GOG.com on June 17 for $17.99, with the Switch version following soon. You can find more information on the game’s official Steam Page.

Oni In, Fortune Out! I don’t say this often, but Toukiden 2 was a nice surprise. The game comes from the same(ish) team that gives us the Dynasty Warriors…