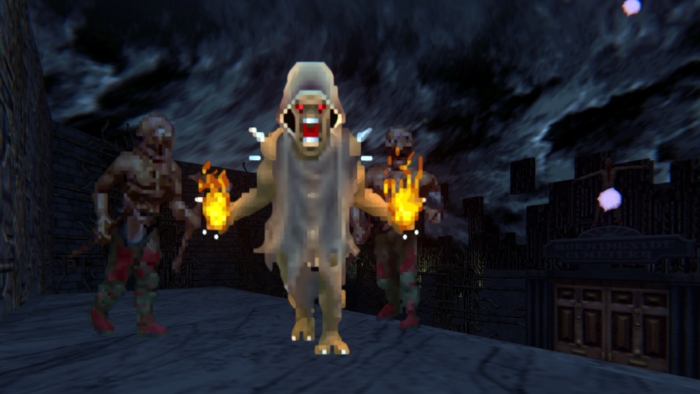 It’s less of a new game and more of a fusion between two different games, but it works really well and is a ton of fun, so we’ll include it. Doom and Blood were among the most popular shooters of the 90’s, and both had demonic and occult themes, so a mixture of the two seems almost mandatory. You’ll be fighting grotesque mutations of enemies from both games, all with Caleb and Doomguy’s signature moves and weapons. Levels are familiar, but distorted and twisted like something out of a bad dream. Most of all, it’s just a blast with tons of gore and violence. Snag it hereabouts. 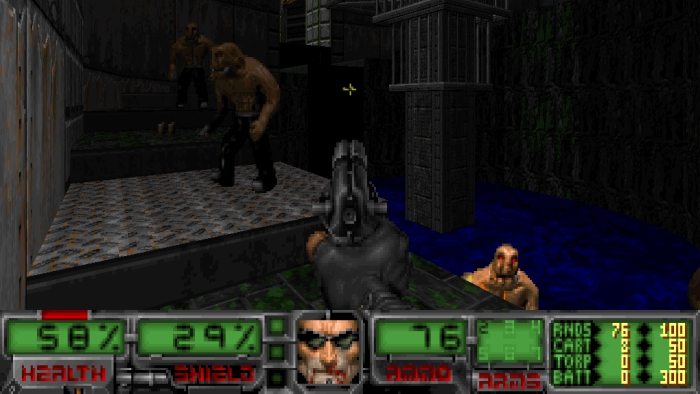 Another relic from the days before Doom’s source code was made public, Hacx was released as a stand-alone game based on a very heavily modified version of the original Doom II. It features extensive tweaking to the game’s executable, as well as new graphics, sounds, levels, and gameplay mechanics. It’s all wrapped up in a cyberpunk theme and is commercial quality, but it didn’t sell well because Doom games were already antiquated at the time of its release. It has since been patched and released for free, which you can grab here. 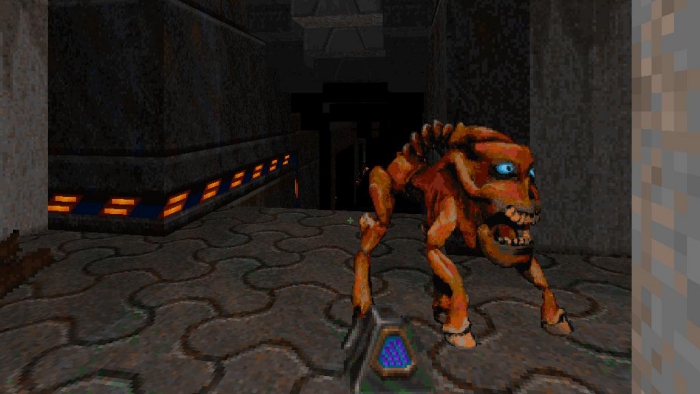 Harmony is another standalone which takes the Doom formula and changes it up considerably. Set in a post-apocalyptic world where men have all mutated into grotesque monsters, you take the role of a female survivor as she makes her way through a devastated world in order to rescue her friend and leader of a surviving female tribe. The colors are far more muted, the pace is considerably slower, and the difficulty is much higher. All thanks to more conservative distribution of ammo and many tough enemies. It’s short, but worth a play, especially if you’re fond of the downtempo pace of Doom’s original contemporaries. Grab it here.