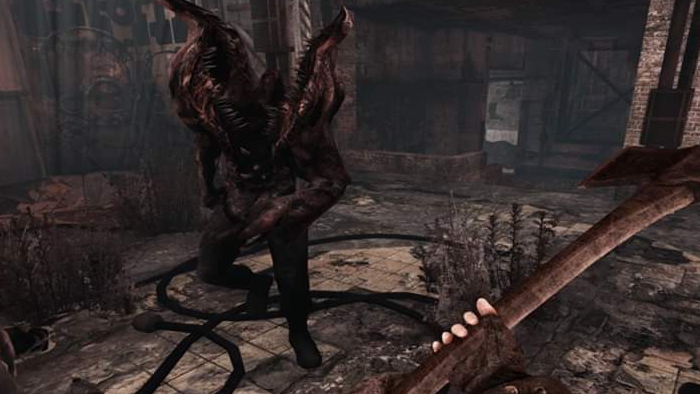 Total Chaos is an excellent showcase of what can be done in modern Doom source ports. It almost resembles nothing from the original games, employing models and props in such a way as to present itself as a modern FPS. But it’s far more than that, with crafting and survival elements and an overall much slower pace akin to modern horror games. You take control of a guy who is stranded on an island, complete with zombie-esque abominations. Grab it here. 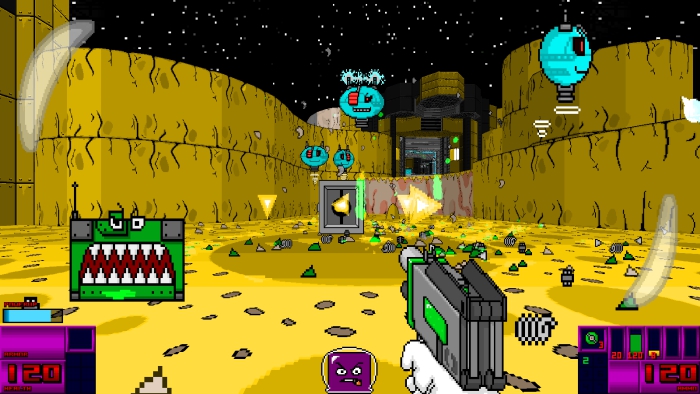 Adventures of Square is an extremely silly shooter with a simplistic, almost mspaint-style aesthetic. Oh, and it has puns. Tons and tons of puns, mainly related to geometry and trigonometry. For example, the current version is subtitled “Secant Edition”. Anyway, you take control of the titual Square as he rids Shape Land of a terrorist group known as The Circle. But behind the eye-rolling puns and seemingly stupid aesthetic is a surprisingly solid shooter with all the requirements: great gunplay, superb level design, and soul-crushing difficulty. Don’t let the look fool you; this is hardcore FPS’ing that’ll make most modern shooters seem like playing in kindergarten. Download it here. 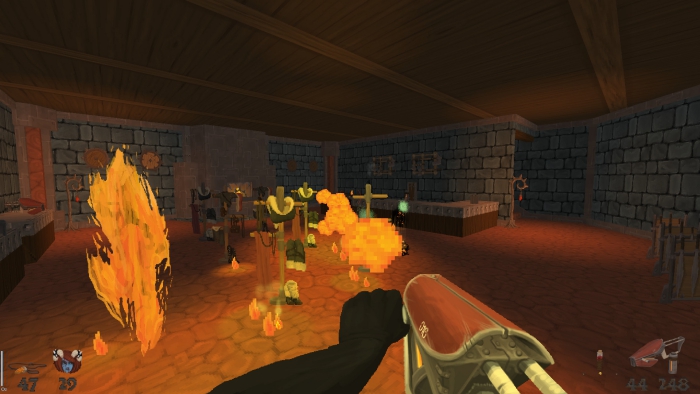 Hedon takes a considerably different approach to the standard Doom formula, fusing the classing gameplay mechanics with RPG and fantasy elements. No, this is not Heretic or Hexen, but rather a mish-mash of a shooter with large, open-ended levels, tons of NPCs to talk to and magic to learn and perform that’ll put you in the ranks of the greatest of sorcerers. Think of a mixture between Heretic and Strife and you may get an idea of what you’re in for. There is a paid version available on Steam, but you’ll probably want to try out the freeware version here.