Obey Me is a Demon Hunter-Inspired Brawler that Quickly runs into its share of problems. 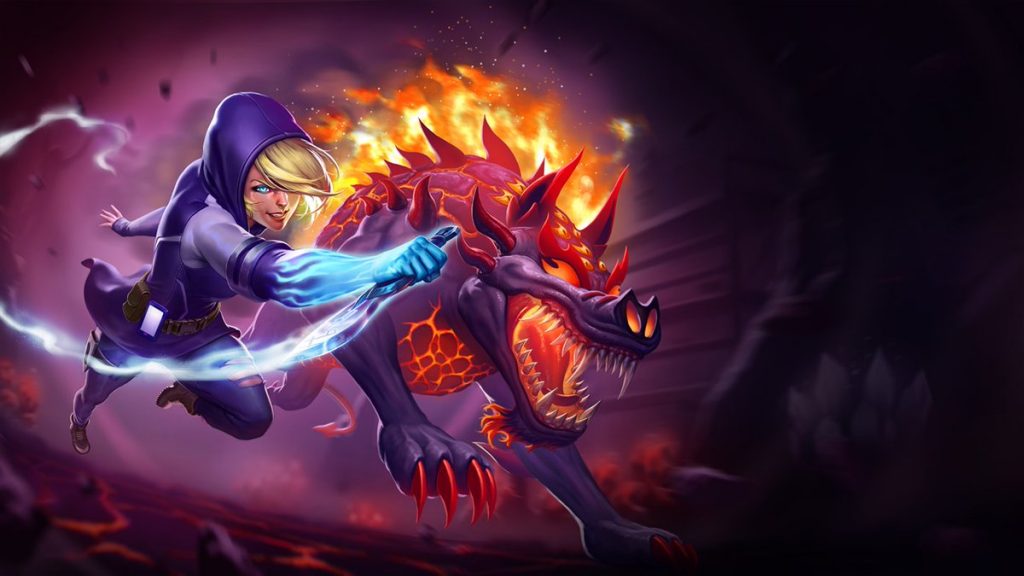 Developed by Error 404 Game Studios, Obey Me is dungeon-crawling beat-’em-up featuring creepy level designs, hordes of monsters to slay and, of course, a war against the forces of Heaven and Hell. With levels-upon-levels of demonic encounters, it’s a game that pushes you to butcher your enemies with style.

The game follows the demon hunter, Vanessa — a kunai-wielding badass who utilizes the power of soul cores — who goes on the hunt for bad guys while breaking the rules of the higher orders. As she progresses through the story, she finds fellow demons to slay along with her demonic hell hound, Monty. This game is very much a linear grind as Vanessa and Monty go through a 12-chapter journey, befriending an Angel, and even facing off against their boss: The Demon Lord Ammon, along the way. 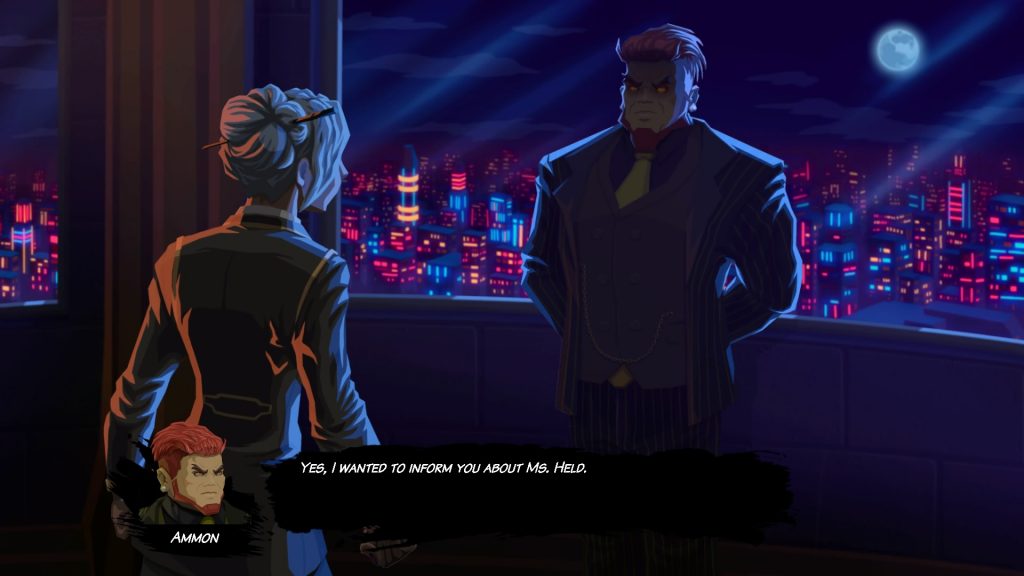 Despite being somewhat cliché, Obey Me’s story is what makes this indie-game standout. It’s a fun tale, and it doesn’t take itself all too seriously. Vanessa is a morally ambiguous and in-your-face badass who revels in beating the bad guys down and taking her sweet, sweet revenge. Her lines are blunt, much like her approach to life: fists first and questions later. Vanessa quests villain-to-villain with Monty, her adorable side pup, who loves to eat horrendous monstrosities, which alters his forms and grant him newfound abilities. Monty’s motivations, like most dogs, are mostly hunger based; Though he’s always supportive of his best friend and roommate.

Simple as it is, the story works for me, as both characters feel developed and have well-described motivations – even if we’ve seen these tropes hundreds of times before. It’s one-dimensional, but it works. And with the game’s colorful comic-style rendering, funny expository dialogue-filled phone calls, and punctuated voice acting, what you get is a simple plot and design that’s just enough to move the action forward as you slay your way through the story.

However, if you find yourself wanting to dig further into the game’s narrative, Obey Me also features several collectible codex books that expand upon the game’s lore if interested.

It’s A Trap… And Then Some 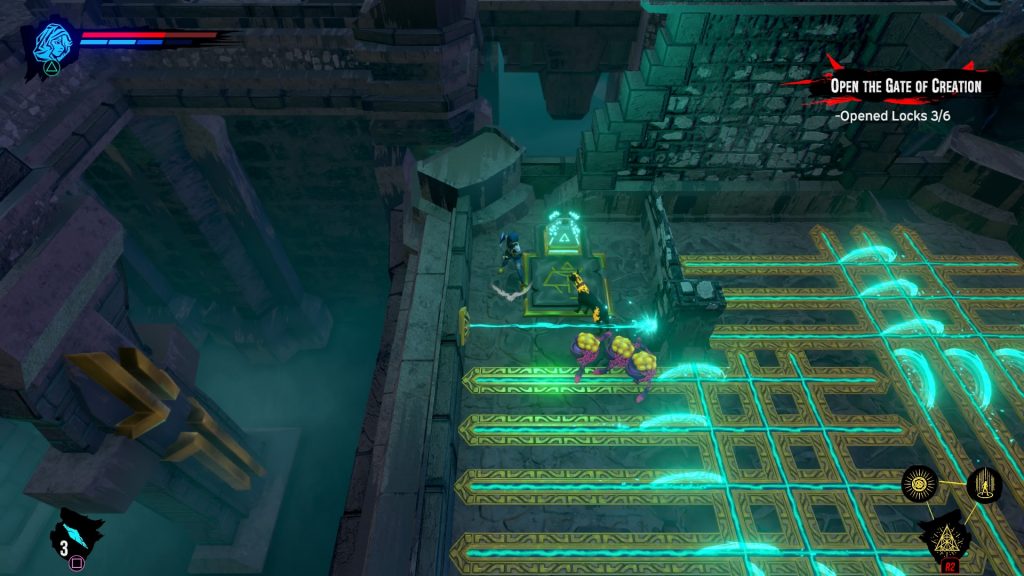 The level designs and traps, such as the buzzsaw floors, add a fun layer in-between battles.

The level design in Obey Me is robust. It utilizes a clever mix of mazes, traps, and surprise attacks that can make progressing through each dungeon both a daunting and rewarding experience as you make your way through each perilous labyrinth.

I was a big fan of things like the Nutrient Sponge Balls: big blue balls that made you bounce around the room, though with caution, as sometimes you’d bump into traps. I also liked the strange detonating corruptive nodes, floor gun turrets, lasers, and of course, good old buzzsaw trap floors (as seen above).

Not Your Standard Difficulty 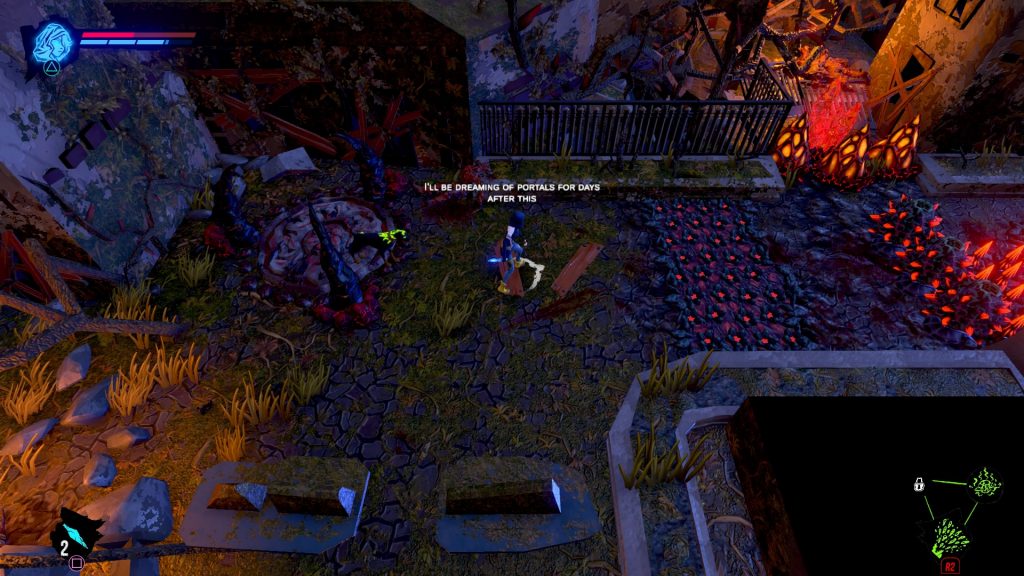 One of the most irritating things about Obey Me was that it wasn’t well-balanced, at times being too easy, and other times far too tricky. Combat was strange in that when played in the game’s normal mode, it feels like a good challenge up until facing increasingly larger, more powerful enemies. Taking up an immense amount of screen real estate while commanding a long reach, these foes make getting anywhere near close to attack them an unpredictable and cumbersome task.

Having scaled back to the game’s easy mode, I noticed things started to feel more like a regular game’s standard difficulty. Where I could beat up enemies, refresh my HP and Energy bars to full, and even get to explore the different levels: features which are the most fun and the game at its best. But even then, certain bosses were either far too easy to defeat, or often became an annoyingly difficult experience — one punishable for not memorizing the battle patterns you’re only learning just now — whose learning curve felt utterly unforgiving in the game.

What I mean by this is, most of the bosses are easy until the game’s latter half, where a single mistake can result in a trip to the Game Over screen. Which, over time, proved to be annoying to the point of being difficult just for difficulty’s sake.

As a result, what’s should have been a 6 to at most 8-hour beat-em-up instead becomes an exercise in sheer frustration as boss battles become unbearable due to improper weapon utilization and what’s honestly an awful dodge mechanic.

Anna and The Duel With Dying 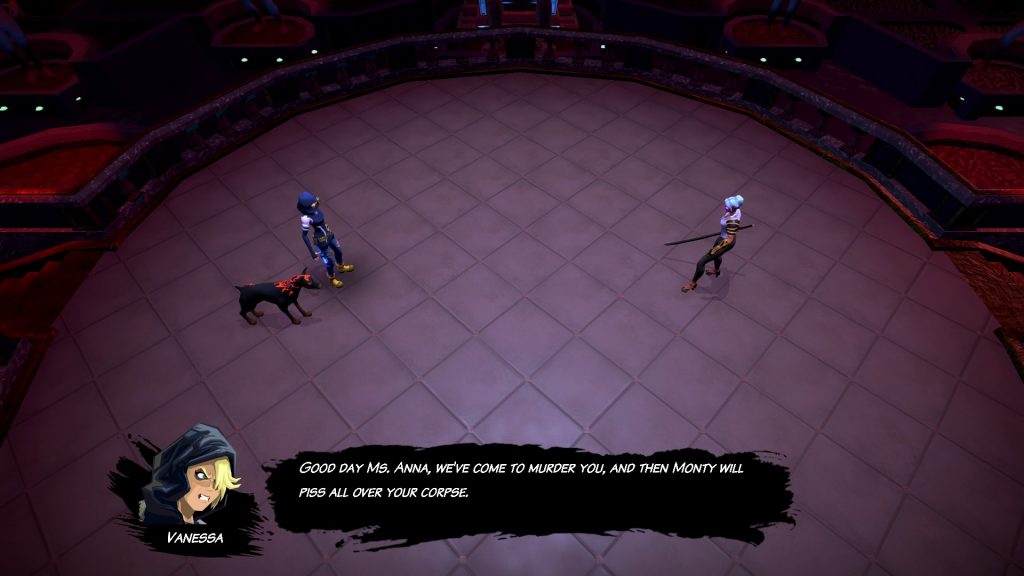 The most annoying example of this was Anna, the second to last boss fight (seen above). This former mentor with a Katana hits way too hard and has an incredibly long range, and you have to oddly time your strikes and close in during an opening. In single-player: you don’t even have Monty’s help in the battle.

What I hated about this bout was that you could only close in the distance between you two using Vanessa’s battle gloves. Yet, even that is hard to aim as your character’s forward position is hard to see due to limited modeling details. To make up for this, the game included a frontal directional arrow (showing which way you are facing), though even that’s still hard to orient to when Vanessa is caught behind projectiles, enemies, or animations on-screen. And if you get caught in a single combo (like Anna’s sword swipes), you pretty much lose ¼ of your HP instantly. If she catches you while overwhelmed (which happens a fair amount in this game), you can get stunned to death until you outright die in one single combo.

And that’s on easy mode.

Obey Me punishes you not only for not knowing the boss enemy’s moves towards its latter half but it also just punishes you with its poorly-designed boss levels and terrible combat dodge mechanics. 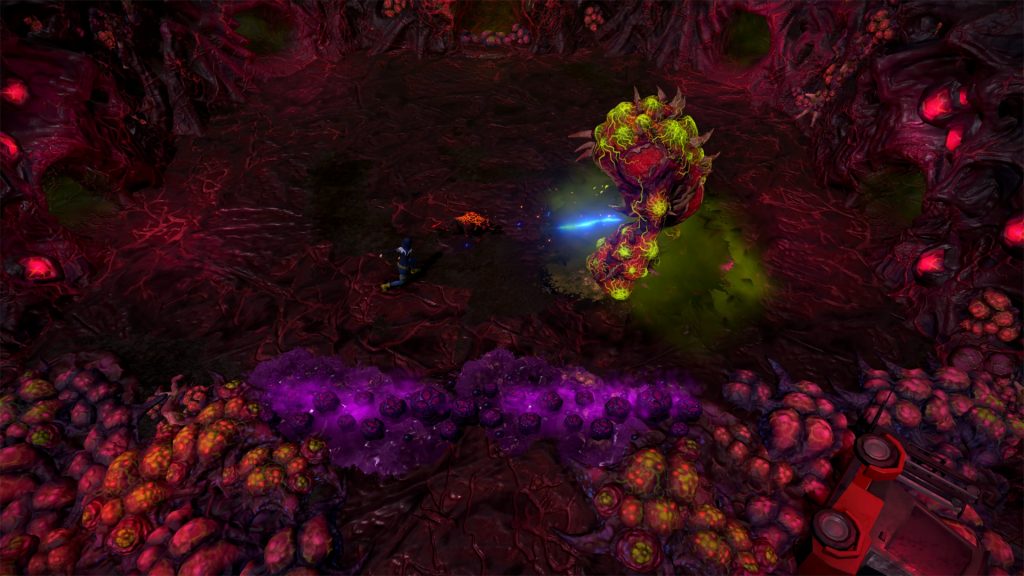 When it comes to its melees, Obey Me is a bit of a mixed bag as there’s plenty both good and bad to be found here.

For starters, the skill tree is solid, as you can use soul cores to unlock different weapons and abilities that can you can switch between mid-combat. These elements combine to make for some unique combinations that are fun and over-the-top, reminiscent of Devil May Cry, or the old God of War-era games. What’s also fun is having Monty as a battle companion, as this dog is not only funny but he, like Veronica, has different forms. Not only does Monty have two that do DPS damage utilizing burning hellfire and orb bouncing miasma, but he also the beastly sacred form Monty. This form uses three different long-range attacks that, when upgraded, do quite a lot of damage with what’s essentially a makeshift shotgun, machinegun, and explosive ball.

Despite this, there’s a lot of lack of inspiration in the game. Most of the time, you button bash X, use square for special attacks (like dagger throw or shield raise) and teleport with L2. This is explained in a brief tutorial, so it’s easy to forget the controls. I finished the entire first three chapters without dodging because I forgot there was a difference between a short teleport (L2), which you can direct and dodge with (though it’s hard to aim north because Veronica is facing away and her body blocks the arrow at times), and an attack teleport (using the O button, that can transfer you behind an enemy but only mid-combo). These combinations feel very clunky at times, and worse, hard to control in terms of the direction of hero.

If you can get the hang of this, Obey Me is a fun game. But the learning curve might be too steep for most players to want to continue, especially for what would otherwise be a rather short experience. I’d even go far as to say a Lock-On option seems desperately needed in this game as projectiles are annoying to aim unless you come in close.

What makes up for this lack of control is Obey Me’s cooperative mode. This makes battles much more manageable as, unlike when playing with an AI companion, your friend can actually help you in combat. Yet, even this is slightly annoying as co-op is almost embarrassingly easy. This is due in large part to Monty being more-or-less immortal – though he doesn’t have a significant role until late in the game (his first two modes in the first chapters, is mostly supportive). When playing with a co-op partner, you can just dodge with Vanessa for entire levels and have Monty rush to the front of the line and slowly whittle away every single boss’s HP.

This proves to be very disappointing because Obey Me’s co-op mode is initially fun and full of promise but utterly falls flat on its face by the game’s end.

Obey Me is initially a fun game that soon devolves into an infuriating experience. With lots of weaponry and interesting level design, it becomes more enjoyable once you get the hang of its quirky combat mechanics. This interest, of course, only lasts until you get to the game’s final stages, where the final boss fights become incredibly frustrating, and the game becomes outright unpleasant to play. 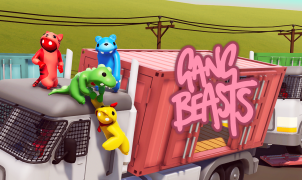