Cards are power; learn to harness that power, and you will be forever rewarded 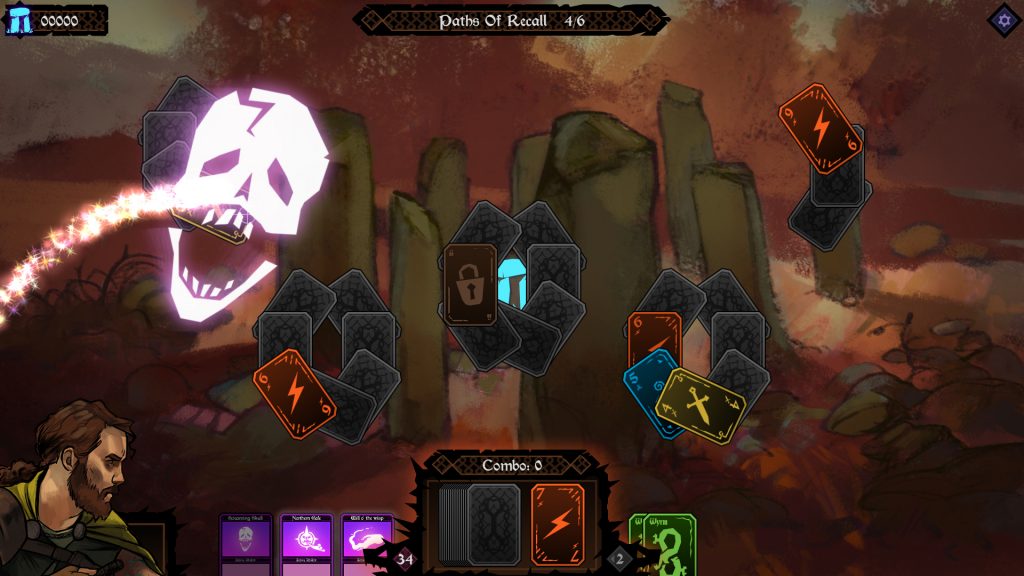 I fear turn-based RPGs are becoming a thing of the past.

Don’t get me wrong, I enjoy a good action RPG (or whatever the kids call them these days), but there’s something romantic about developers trying to make epic battles work within the technological confines of the systems of yore. It just feels right being able to take my time to plan out the best possible course of attack, doing so at my own pace. Must everything be so intense? Can’t I have a good story and chill after work without getting heavily involved into a hack-n-slash? 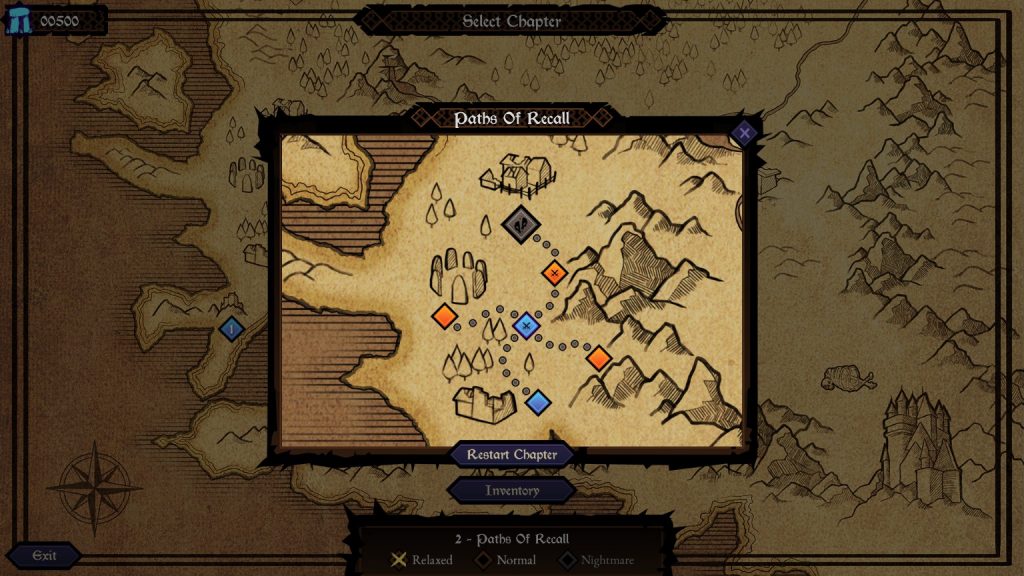 Aside from the Square-Enix’s delightful surprise with Octopath Traveler, I’d pretty much all but given up on turn-based RPGs and accepted that I’m holding onto a gaming ghost. Who would release something that feels outdated now, when everyone wants something a little more fast-paced?

As it would turn out, I’d completely overlooked card-based/turn-based RPGs, and, in particular, Ancient Enemy, which was a welcome reprieve from the literal black hole that has been Final Fantasy VII Remake and Animal Crossing: New Horizons for the entirety of my quarantine. 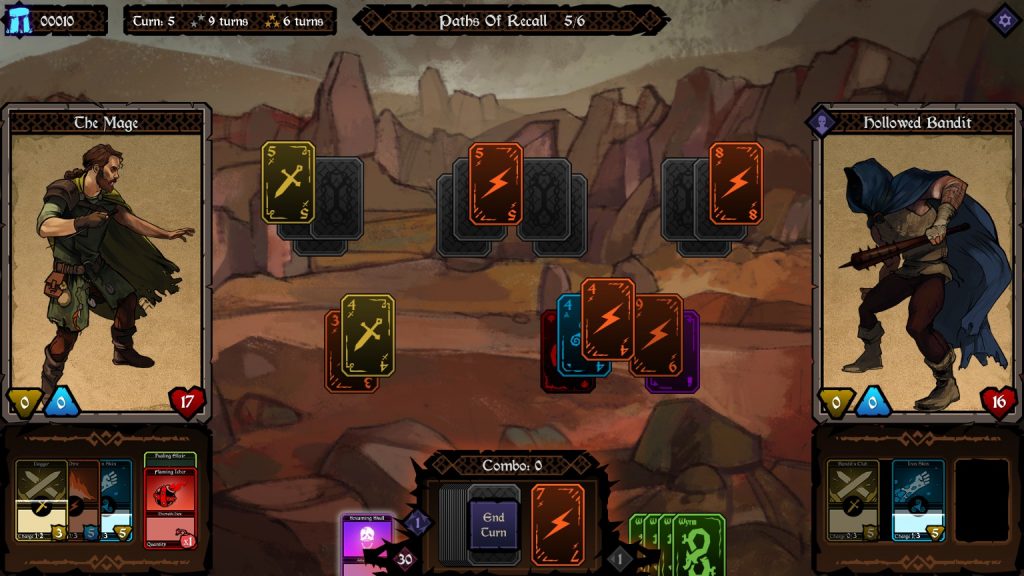 Developed and published by Grey Alien Games, Ancient Enemy is the latest from the veteran development team who’ve been in the card-based game business since 2004. Available on Steam for $14.99 USD, Ancient Enemy has already earned high praise — and deservedly so. With engaging battles, engrossing art, and a sizeable storyline without needing too much concentration to get into the swing of things, Ancient Enemy both excites and energizes in perfectly-portioned pieces that lends well to a busy gamer’s schedule.

Ancient Enemy starts with you, our hero “The Mage”, suddenly waking up some undisclosed amount of time after an epic war. All appears lost — your people, your kingdom, and even your enemy — and a desolate wasteland greets the eye upon first glance. Armed with only fuzzy memories of what once was and your magicks, you decide to set out and see what’s happened during your prolonged slumber. 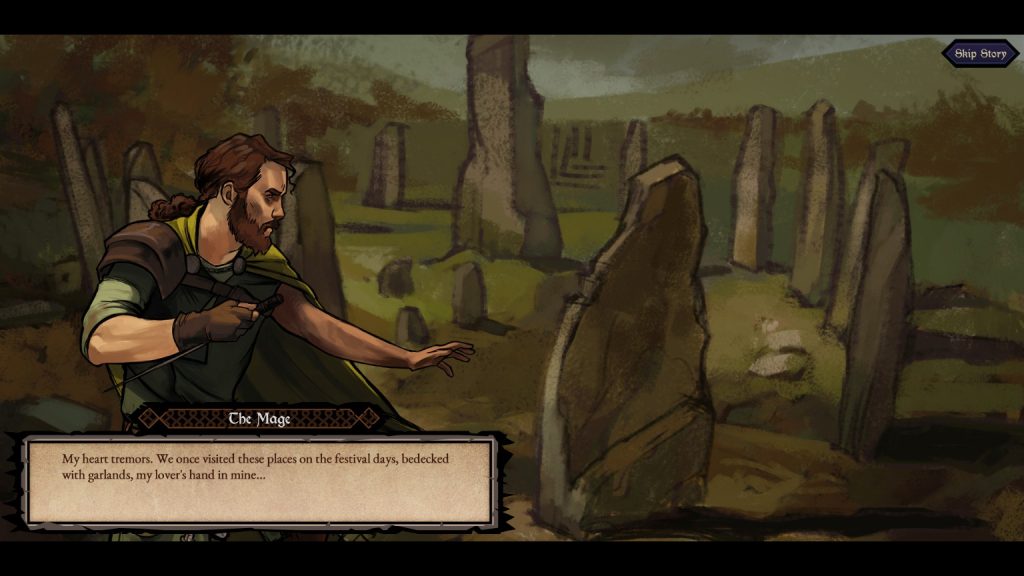 The game opens up to a map, with points dotting the landscape indicating an action can be taken. By clicking on the points highlighted in red, the story progresses, and we begin to learn what happened to the devastated terrain through The Mage’s eyes. At that point, The Mage either encounters an enemy or must journey down memory lane via a card battle to press forward, gaining valuable insight and items while doing so.

The card battles themselves are the highlight of Ancient Enemy — I instantly recognized the game’s structure from my childhood as “that pyramid solitaire game” from Neopets (obviously the game itself preceded the site’s version but that’s how I fell in love with it). For those who didn’t waste entire summers on browser-based card games, the premise is exceedingly simple to learn. A portion of a deck of cards is organized primarily face down across the playing field, with a few cards flipped face up on top of them. The rest of the cards are in a stack close to the player, who will flip them over one by one. If a face up card on the playing field is numerically one higher or one lower than the card near the stack, the player can remove that card from the field, potentially unlocking others. Doing this enough times will clear the field, and the level will end. 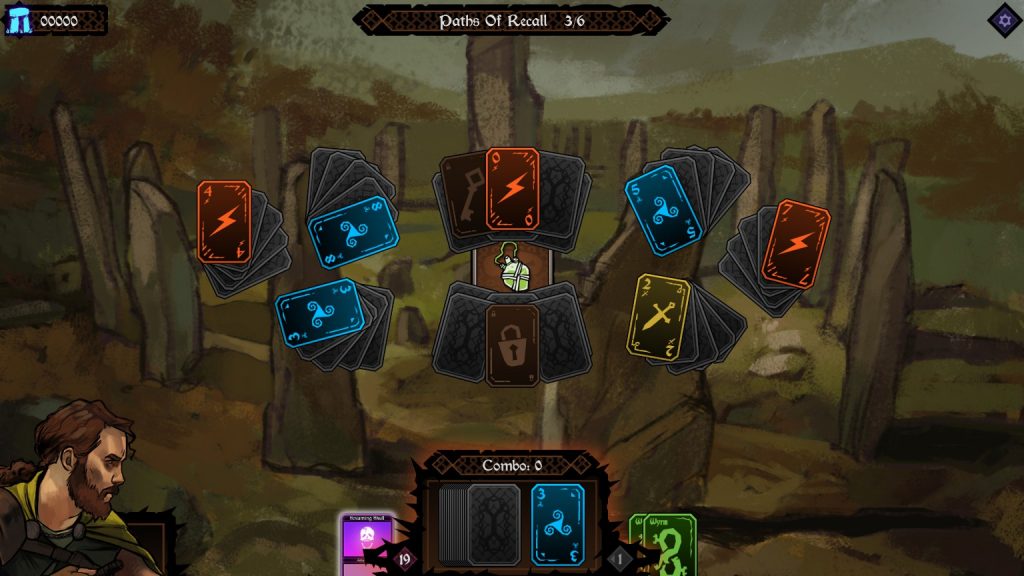 There are also other cards on the field to up the ante, such as locks, keys, and varying special cards that can perform actions such as shuffling the deck, removing two cards, and attacking enemies. Additionally, the different color cards correspond to the battlefield, with yellow charging up physical attacks, red filling up the magical attack meter, and blue beefing up defenses. When trying to remember key pieces of the past these colors aren’t necessarily relevant, but while battling it makes all the difference, so be mindful of this and strategize accordingly.

Speaking of battles, Ancient Enemy does a fantastic job of acclimating the player to the entire system level by level instead of just throwing everything upfront. Each individual battle offers a new, small twist on the overarching mechanic with additional optional battles that drive the new lesson home. By the end of each level, players will have mastered increasingly more in-depth gameplay without realizing they’re even learning. 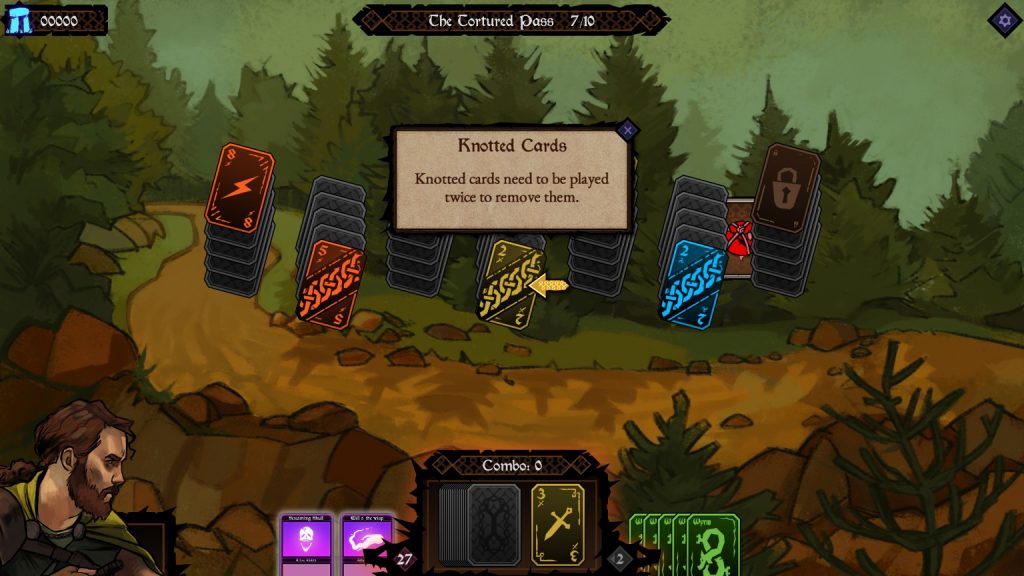 The battles themselves have a lot of moving parts at first, but after awhile it becomes second nature. Each enemy will have specific weaknesses and resistances, so equipping skills and spells to deliver a tailor-made beatdown is key. For example, some baddies will be more resistant to fire spells, so by equipping ice spells at the beginning of the battle, players can whittle that health bar down quicker simply by paying attention to the stats. As the saying goes, “know thine enemy.”

Ancient Enemy employs a system similar to Angry Birds where each level garners a score of one, two, or three stars depending on performance. The better you do, the better the loot that awaits the player; additionally, a higher score means more skill points are awarded, which can be used to trade in for spells, abilities, and more. If you’re just a few points short of a new spell, try your hand at a level you struggled with to see about earning more stars — trust me, it’ll pay off in the long run. 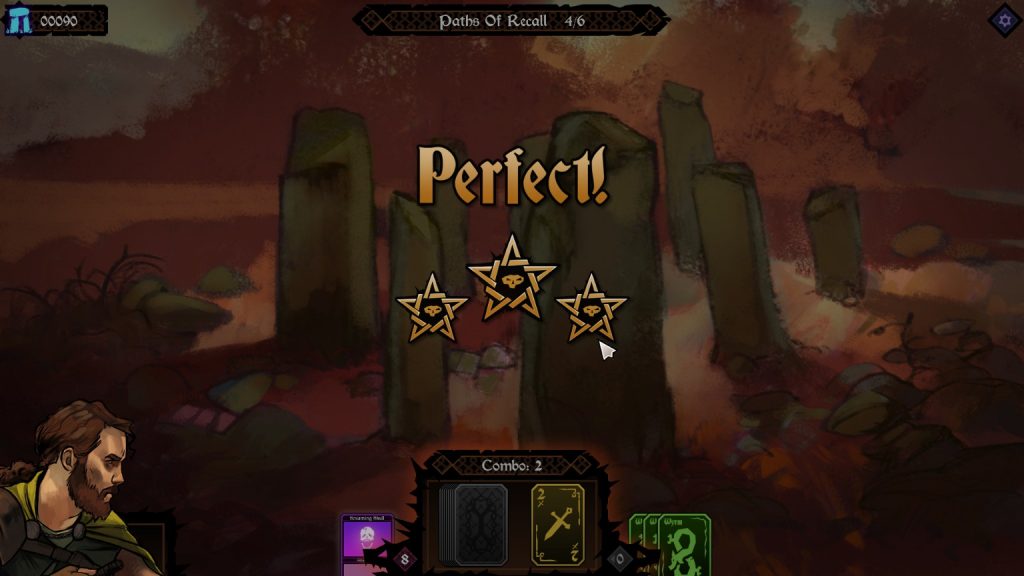 The aesthetics of Ancient Enemy are pleasing to the senses; the music is atmospheric without being obtrusive, which is always welcomed in a game that demands strategy. The art style is beautifully done — I would look forward to each new enemy to see what new imaginative beings awaited me and my blade. The style and tone were perfectly matched to the experience, as I definitely felt right at home in a Middle Earth-like setting. The overall design and UI is extremely well thought-out; these kinds of games have a knack for becoming more difficult than they’re worth simply due to bad design, but Ancient Enemy somehow found a way to avoid that pitfall altogether to craft an intuitive, seamless experience.

There’s only one thing holding Ancient Enemy back, and it’s the storyline itself. It’s not so much that it’s bad per se, but just not truly engaging. The mechanic drives the story progression forward, and because it’s chopped up into bite-sized pieces with small lines of text interspersed throughout, there’s not a lot to grasp onto. I did find the positioning of the story unfolding done well, as I appreciate the main character learning about the world at the same pace as the player, but everything else past that felt arbitrary. Much like Puzzle Quest games, I don’t think players choose puzzle/card RPGs for story primarily, but I did find it lacking, considering everything else is so top notch.

Ancient Enemy surprised me greatly — I don’t always gravitate towards card-based RPGs, but Ancient Enemy showed me that I’ve clearly been missing out. A seemingly casual experience that sucks you in once you start, Ancient Enemy is the perfect game for players who don’t have a lot of time on their hands but still want a solid gaming session. If card-based RPGs are your thing, you’re definitely going to want to add this to your library; if you’ve ever wondered about the genre, this is the perfect title to wet your beak. As far as I’m concerned, Ancient Enemy is a must buy, and you’ll do yourself a disservice if you don’t give it a go.

Editor’s note: This review is based on a copy of Ancient Enemy given to HeyPoorPlayer by the publisher. 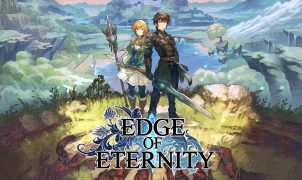 Lifetimes Well-Spent     The release of a large and intricate JRPG by a small indie studio isn’t something that you hear about very often. In fact, it’s something…