Out now on PC, a console version of Zengeon will release later this year

Zengeon, a new anime roguelite adventure inspired by ancient Chinese culture, is now available on PC and will be making its way to the PlayStation 4, Xbox One, and Switch later this year, the game’s publisher PQube has announced.

In Zengeon, players can either go solo or team up with three friends to battle hordes of monsters and tackle colossal bosses as they gather lost Memory Fragments in procedurally generated dungeons. The game features fast-paced combat, a wealth of power-ups to collect, and six unique character classes to choose from.

For more on the game, be sure to check out the official Steam page.

So, what do you think of the look of Zengeon? Will you be diving into this anime-inspired dungeon crawler on Steam today, or are you holding out for the console version? Let us know in the comments below. 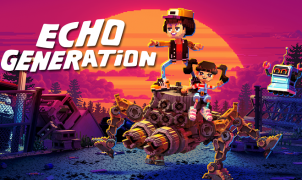