Where have you been? 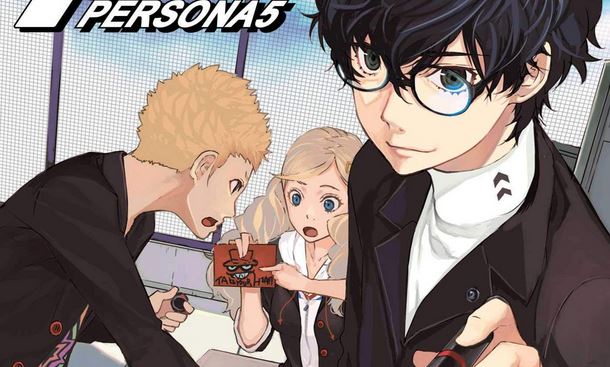 Quarantine’s been something of a boon for my Persona 5 Royal experience — I already juggle enough pastimes as it is, so with everything from revisiting Banjo-Tooie to assembling jigsaw puzzles (my personal pile of shame; thankfully, James Coleman’s Pooh’s Afternoon Nap perfectly channels an idyllic meditation much needed in this time of cabin fever), I’ve somehow found ample time to blaze through the game’s infamous year-long, day-to-day schedule: be it taking down the corrupt, hanging out with my fellow vigilante high schoolers, and improving my Kindness stats by watching movies about stolen silverware. And yet even as I engage with new Confidants and furnish my Thieves’ Den, a growing sense of familiarity festers; enough, even, for me to stand up and say, “Y’know, this is just the same game again with some shiny new bells and whistles.” I mean, I guess can’t complain — it is Persona 5: a stylish, thought-provoking escapade ranking among the finest of modern JRPGs, and it does speak to its strength that I’m once again rapt by it — but if only its newer features were sprinkled more prominently across its campaign. Still, I can deal.

If only the same could be said about Hisato Murakawa’s manga adaption — readers may recall my apprehension regarding Persona 5’s debut volume, where I couldn’t help but wonder if it was simply content with emulating the original game. Alas, that continues to be the case: Volume 2, from front to back, is nothing more than a condensed recap of the Kamoshida arc’s climax and the set-up succeeding it. I’m serious in that there’s nothing new here: that authoritarian, perverse excuse of a coach is taken down, Ann Takamaki awakens her Persona and joins the Phantom Thieves, Morgana introduces the gang to Mementos, and Yusuke Kitagawa makes his first appearance. It’s familiar to a fault — there’s no surprises, no capitalization on any obvious adaption translations vital to a medium such as this. (Our protagonist in Akira, namely, but we’ll get to him soon enough.)

In a way, I do feel guilty for feeling this way, as I’m not about to slam Murakawa for how he wants to adapt Persona 5. If he felt the best way to handle Atlus’s 2016/17 masterpiece was to simply stay out of the story’s way, that’s his decision as an artist. I also won’t pretend the game’s appeal to humanity doesn’t seep through, namely in its handling of Ann — in imbuing a flashback during their confrontation with Shadow Kamoshida, we’re reminded of Persona 5‘s innately unfair oppression; in Ann’s case, being judged and ostracized for looks and nationality, that one true friend (Shiho Suzui) who leapt past our differences and reached out a lending hand, and the predatory power dynamics as perceived by underage victims of sexual harassment/assault. Ann’s rebellious spirit remains Persona 5‘s most intimately relatable tale, and that shines through even in a rote adaption such as this. 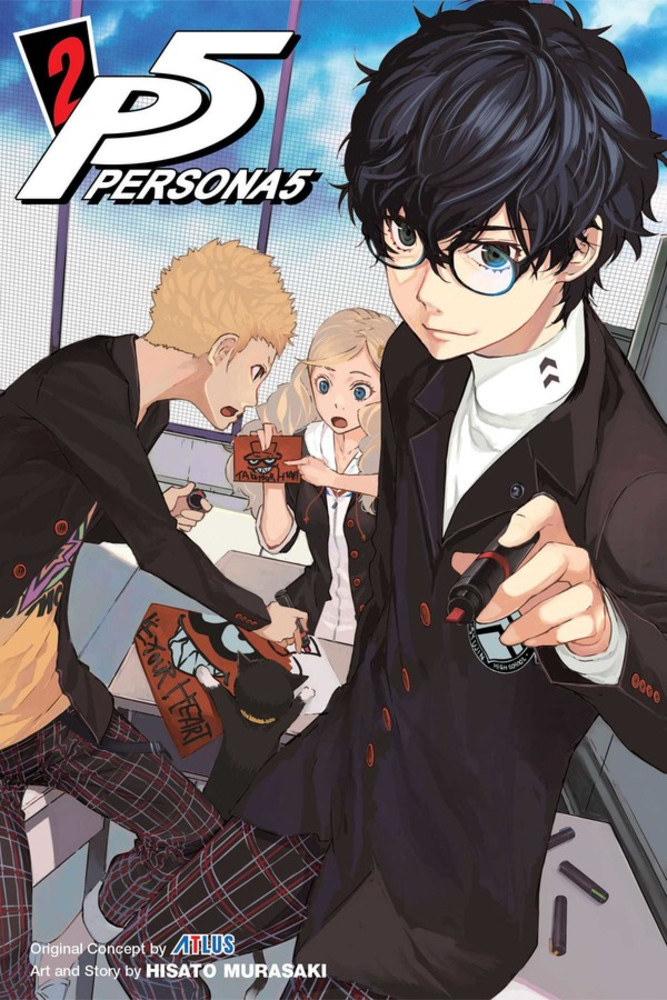 Yet Persona 5 deserves better than the mere novelty of a comic adaption, and there’s no better example than Akira. A player cypher operating as a teenage male power fantasy would require a serious overhaul to grip our interest manga format, and I’m not yet convinced Murakawa’s bare-minimum effort here has what it takes. Again, the character’s certainly functional enough to carry himself from scene to scene, but like the source game, it’s generally his Phantom Thief comrades who hog the spotlight, and his dullness is readily apparent whenever Persona 5 shifts focus on one-on-one dialogues. (Which, thankfully, are rarer in this volume.)  I think of Link from Akira Himekawa’s The Legend of Zelda: Twilight Princess adaption — an excellent example on subverting another silent protagonist with his own new history, struggles, and goals — and I can’t help but wonder if a similar route couldn’t have been taken with Akira Kurusu here.

The art’s another burgeoning sticking point, and it’s wonky how uneven it is. While Murakawa’s take on Shigenori Soejima’s iconic character design is generally acceptable, it’s difficult to get a bead on pivotal action scenes with all the messy choreography and Persona powers buzzing about Palaces and Mementos alike. I think of the encounter with Shadow Nakanohara — a battle littered with indecipherable movement, body blows, and sorcery, not the least in Arsene’s inexplicable explosions — and I can’t help but reflect on how automated it all feels in its distant obscurity. (And even then, Murakawa’s art isn’t always on the mark — Morgana’s still iffy, and Shadow Kamoshida shifting from menacing confidence to panicked dictation on the very first page leaves a confounding first impression.)

Hence my final point: when the Phantom Thieves officially formed in the original and in Royal, I felt my controller quake in anticipation at reforming society for the better; in the respective adaption here, that same spark failed to rouse me. As one who’s already played through Persona 5, it’s possible my own familiarity with this story impedes my immersion, but then why do I enjoy Twilight Princess, then? Furthermore, if a newcomer were seeking a cheaper way to enjoy a modern hit, could I earnestly recommend they follow a group of masked imposters rehearsing Phantom Thief capers? There’s better manga that aren’t static automatons, and I suspect only diehard fans need apply for future volumes, for this Palace is better left un-plundered.

Bombing Baddies, Better with Buddies!     Bomberman is a series I have fond memories of. It was one of my grandpa’s favorites, and we’d spend hours playing it.…