How to Catch a Coelacanth (Animal Crossing: New Horizons Guide)

The sea bass isn’t real; it can’t hurt yo- 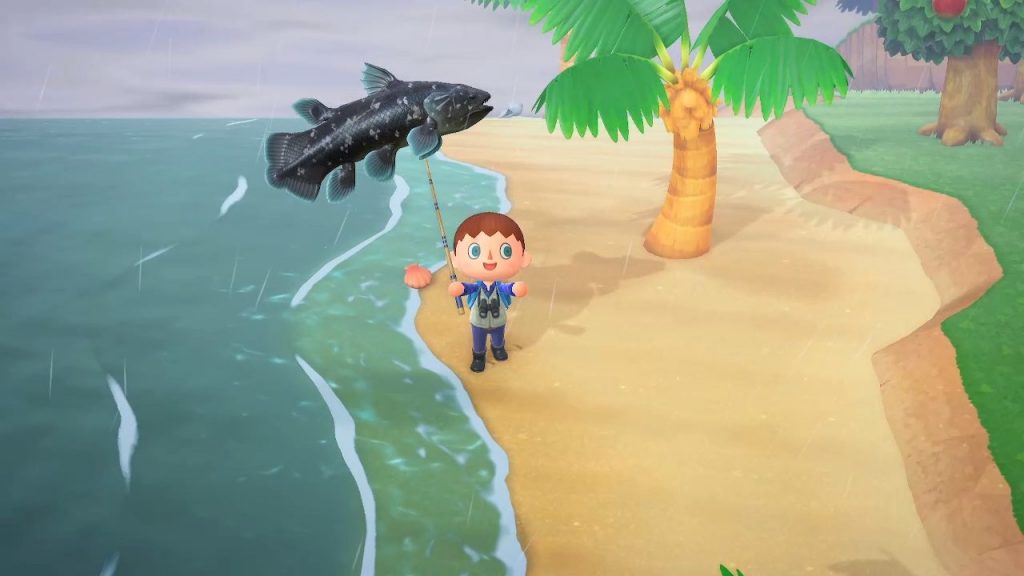 “I caught a sea bass! No, wait – it’s at least a C+!” How many times has your human avatar tortured you with this most brutal of fish puns? Indeed, the elusive hunt for a coelacanth has driven many an Animal Crossing angler insane not because of the ancient fish’s rarity, but your villager’s ceaseless drive in taunting you with linguistic torture in the form of aquatic-themed “jokes”.  Instead of directing your energy in penning hate mail towards Nintendo’s localization division, however, why not brush up on your fishing smarts in our guide below?

So, what is a coelacanth, anyway? Once known as the “living fossil”, scientists had long thought it extinct until it was fished off the South African coast in 1938. In the ninety-eight years of intense study since, research has yielded everything from a second species (the rare Indonesian Coelacanth) to its stunted evolution. Naturally, Nintendo thought it’d be fun to play off its legacy by including it as Animal Crossing‘s rarest fish — since the original N64 Animal Forest, completionists and casual players alike made it their mission to nab the seafloor’s Golden Grail, be it for preservation purposes or selling it off for a nice 15,000 bells. 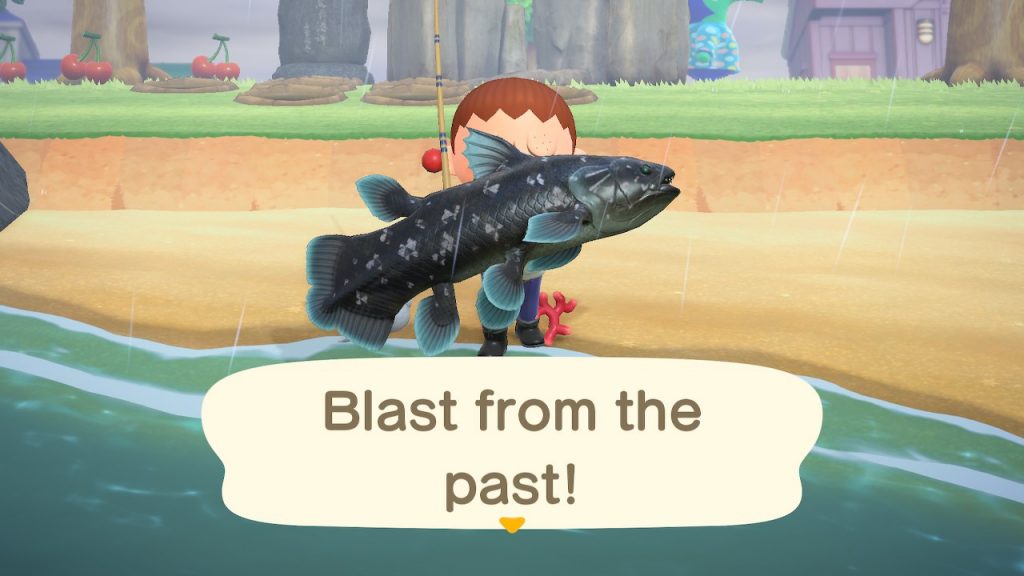 In Animal Crossing: New Horizons, coelacanth catching echoes the rules of the original Animal Crossing; this time, it lurks the ocean floors all day! As always, however, it’s discovered only during rainy days, so how does one prepare?

(Incidentally, we’ve heard reports of coelacanths being more common on rainy Nook Miles tours, but weren’t able to confirm this rumor for ourselves; still, there’s no harm in trying it out!)

Out of curiosity, have you been keeping up with your fish bait supply? You’ve probably obtained the recipe by now, so if you’re pacing across the beaches for that elusive coelacanth, why not dig up some manila clams? In case you’ve forgotten or don’t know, they’re hidden under those wet patches that squirt up water on the beach, so shovel ’em up and dash to your workbench for crafting.

So why go through all this trouble? Scanning the beaches is already a tedious process, so simply scattering fish bait into the sea’s a great way to speed up the hunt. Of course, there’s no guarantee your hoard will lure out a coelacanth, but you’ll certainly appreciate the convenience. Personally, I’ve found it best to hoard up clams/fish bait when I’m not hunting for coelacanths, so the DIY process organically feeds into my daily routine; this way, I’ll have myself maybe 50 bags of fish bait during the next rainfall!

Calm Yourself — It’s Just a Shadow

Now, here’s the tricky part: naturally, coelacanths mask themselves with massive shadows underneath the waves, but the same applies to other fish; namely, the infamous, inexpensive sea bass. Even if you have a hoard of fish bait under your belt, chances are you’ll walk away with nothing but a visceral hatred for Lateolabrax japonicus. Believe it or not, there is a slight difference between their silhouettes, so we’ve provided a side-by-side comparison below. (Complete with a creeper Rocket!) 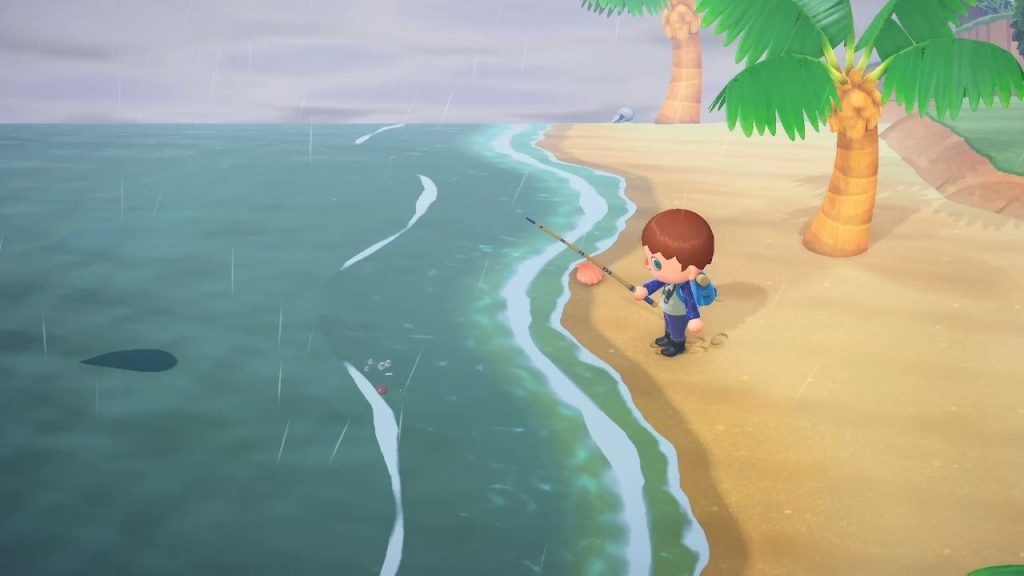 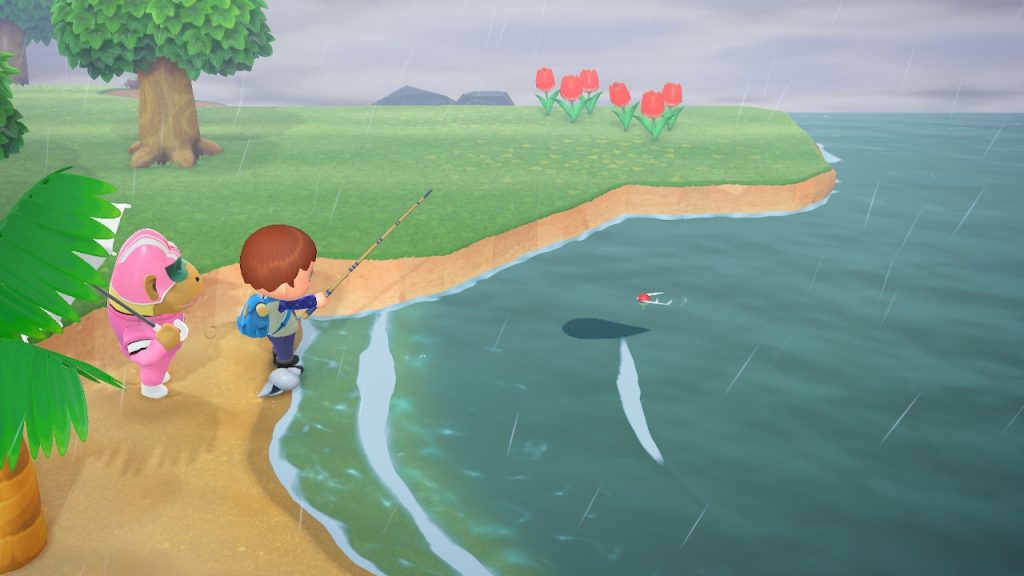 Like we said: “slight”, with the difference lying in length — the coelacanth’s juuust a tad longer; maybe wider, too. Still, you shouldn’t get carried away in scanning our examples; why, you may find your intuition lying to you, so even if your gut’s dismissing a Sea Bass-sized shadow, cast away just in case!

And even if you somehow commit our pics to memory, there’s still the soul-crushing possibility of letting it get away! We all know that despair of mistiming a fish bite, so here’s a handy trick to keep your trigger finger in check: simply close your eyes and listen for that fated bite. Not a guaranteed method, of course, but it’ll help calm your nerves.

Did our coelacanth guide help you finally nab that coveted fish? In the meantime, check out our main Animal Crossing: New Horizons guide hub!