There’s more than meets the eye with these cute DIYs! 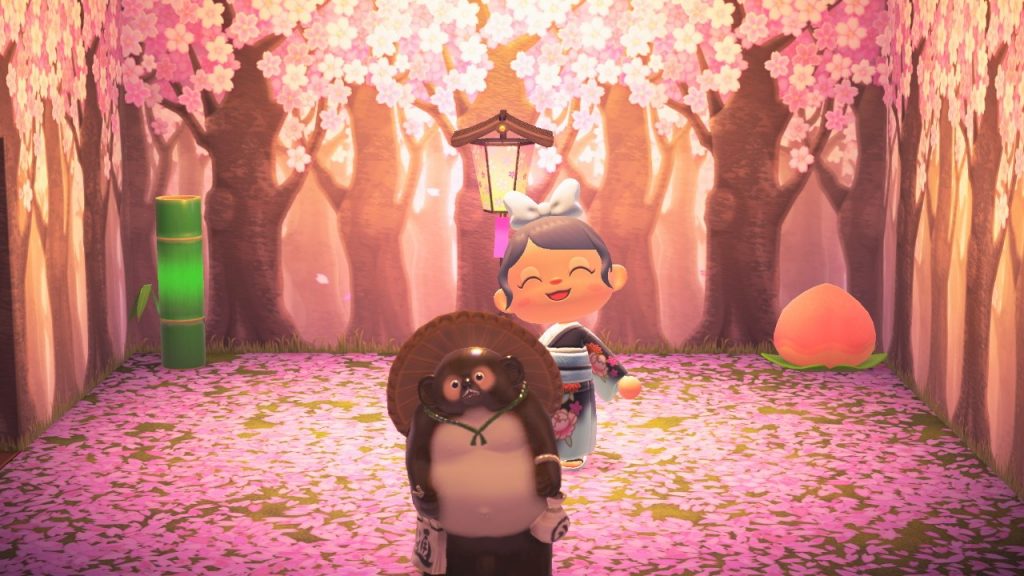 My mom is an English teacher, so growing up, we had a veritable library in our home. She was particularly fond of collecting children’s books from all over the world; as such, I spent my days battling childhood ennui reading folk tales and myths from across the globe. If the shelves could speak, they’d likely say we had more Eastern stories than anything else, the cases filled with beloved books from China, South Korea, and Japan. It was in the latter stories that I became most familiar with, reading all about their tall tales of epic battles, trickster creatures, and finding family in the strangest of places.

Japanese children’s media has historically cherished these treasured tales, from Miyazaki movies such as Pom Poko to video games like Super Mario Bros. 3. And speaking of video games, even Animal Crossing: New Horizons has given tribute to these magnificent myths. If you’ve ever wondered why a baby emerges from a peach or bamboo or wanted to know the story behind the “raccoon figurine” (hint: not actually a raccoon), read on and learn all about these 3 mythical items in Animal Crossing: New Horizons. 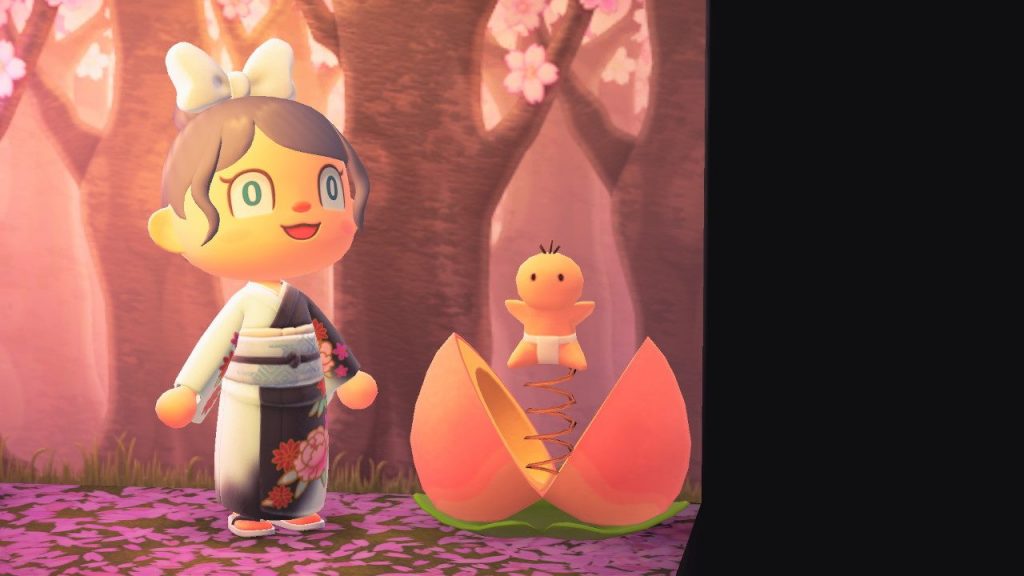 If your native fruit is the peach, chances are you got the Peach Surprise Box DIY pretty early on; for everyone else, it’s a matter of either waiting or trading for this peachy item. While scrolling through Animal Crossing: New Horizons Facebook groups, it was fairly common to see people post an image like the above and go “what the heck is this thing?!” with few answers. At first, I started answering each time I saw a post, but I soon realized it would be easier to write an article (hence, why we’re all here), as the story behind the Peach Surprise Box — Momotaro — is a fantastic tale that’s at least 400 years old. Many different versions of the story exist, but there are a few key points that they all share, which I’ll abridge below:

As the story goes, an old woman was out in the woods when she discovered a gigantic peach. Thinking her husband would like to eat it, she took it home for him. The couple were shocked to find that, when cutting the fruit open, a baby boy emerged! The childless pair decided to raise him as their own, naming him Momotaro (momo means peach, and taro means boy). 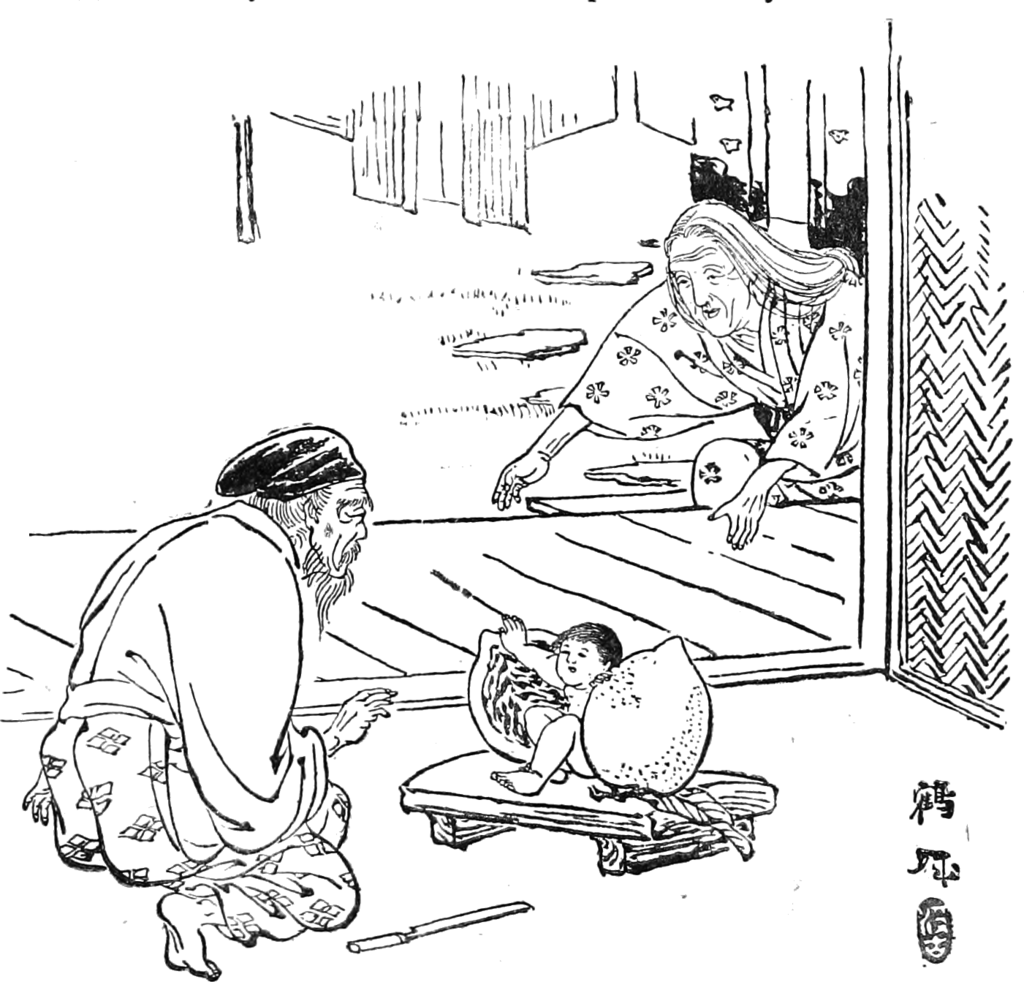 The boy grew older, happy and healthy under the elderly couple’s care. One day, he decided he would set out to conquer the ogres on a nearby island, as they were wreaking havoc on the local human population. At first, his adoptive parents were against the idea, but after some time they relented, giving him clothing, supplies, and delicious millet dumplings for his journey. 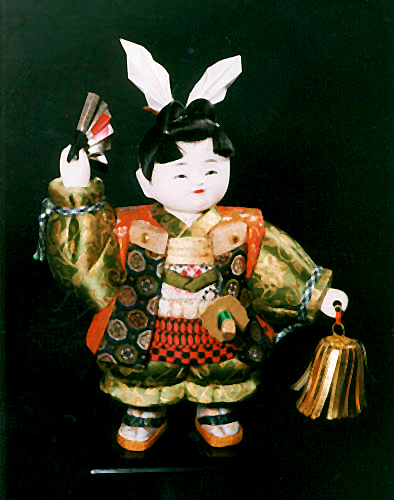 Along the way, Momotaro encountered a dog, a monkey, and a pheasant, who were each very curious about the dumplings he carried. Momotaro offered each animal a dumpling, and in return, they promised to join him on his journey to defeat the ogres. The four of them then set sail for the island.

Upon arriving at the island, the pheasant let the ogres know that Momotaro and his animal companions were there to wage war against them. The ogres scoffed, thinking it impossible that they would stand a chance against beasts such as themselves. But Momotaro and his friends fought valiantly, and eventually the ogres surrendered, giving up all their treasure they had stolen from the humans over the years. 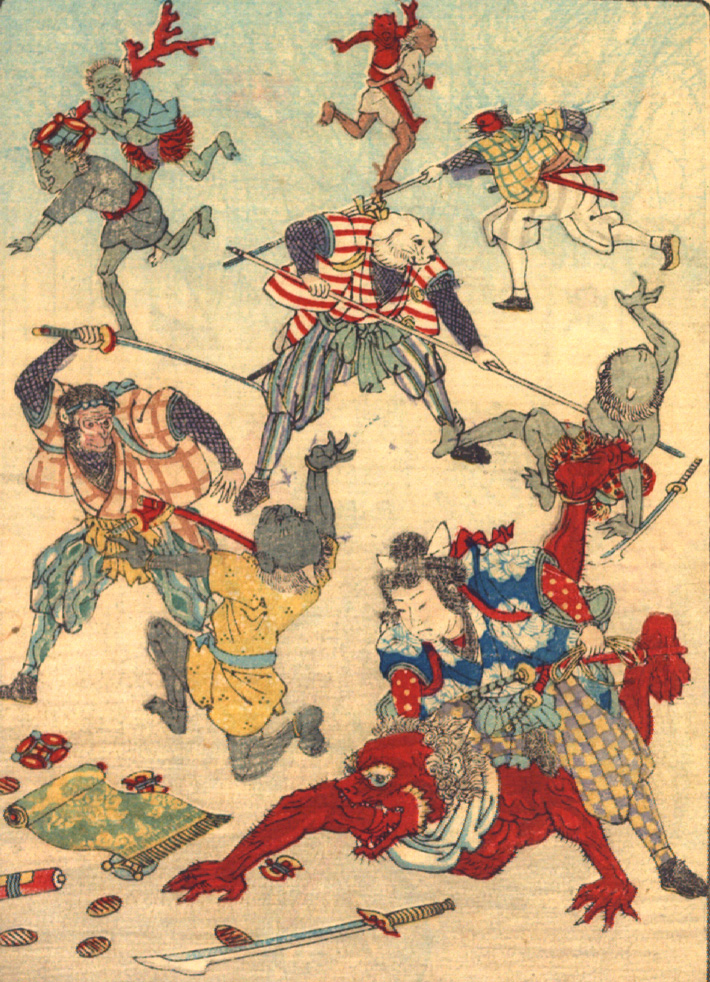 The four returned to the old man and woman, giving the treasure back to the entire village. Everyone was very happy to see Momotaro and his friends, and they all lived happily ever after, the ogres keeping their promise to never bother them again. 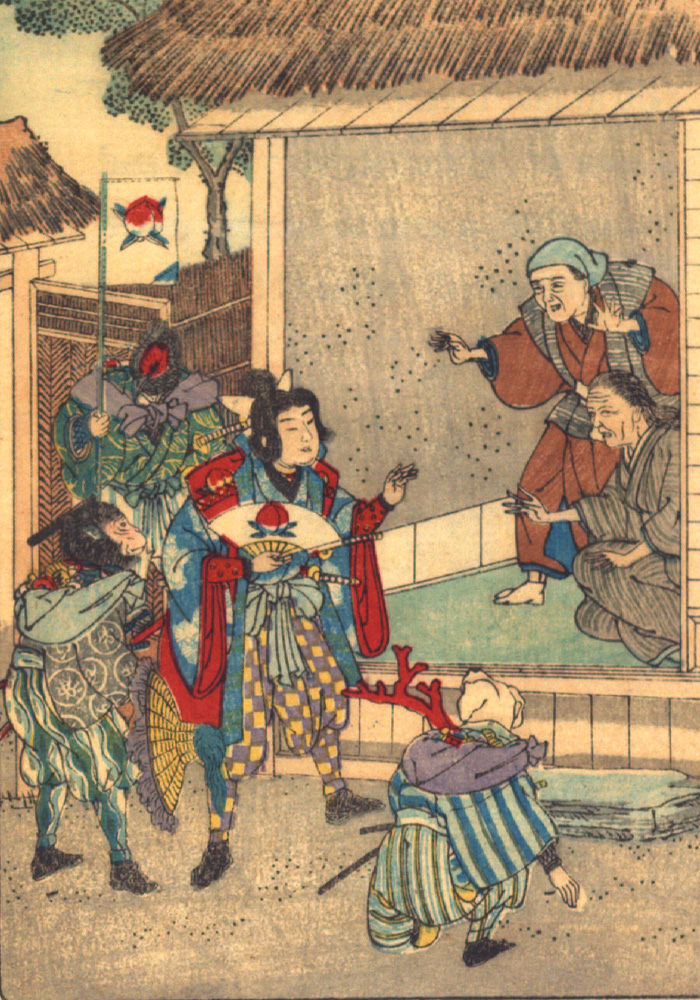 Again, this was a highly abridged version of the story, and if you’re familiar with it, perhaps you know a different version. If so, let us know in the comments; otherwise, head on over to the next page for the story behind the bamboo doll.