A Powerful Statement to the Gaming Industry, there is Some Surprisingly Progressive LGBTQ Representation in The Final Fantasy VII Remake.

From sleek gameplay that balances traditional input commands with hack and slash combat, to the incredibly detailed recreation of the Midgar slums, there are a surprising number of updates in the Final Fantasy VII Remake. You can read more about them along with our Final Fantasy VII Review here, but for the sake of this article, I’d like to focus on one particular segment I found important: Wall Market and The Honeybee Inn.

Stirring a mixture of unabashed love and controversy, this quest initially saw Cloud go voyeur over at a love hotel while shamefully participating in a hot tub scene with some scantily clad men — all for what is now seen as a homophobic sex worker joke.

For that reason, the remake was updated with a makeover to adapt a more LGBTQ friendly theme. Here’s a breakdown of how the Honeybee Inn was changed and the efforts taken by the studio made to modernize the scene and to make it shamelessly gay-friendly.

It Gives Authority to its LGBTQ Characters 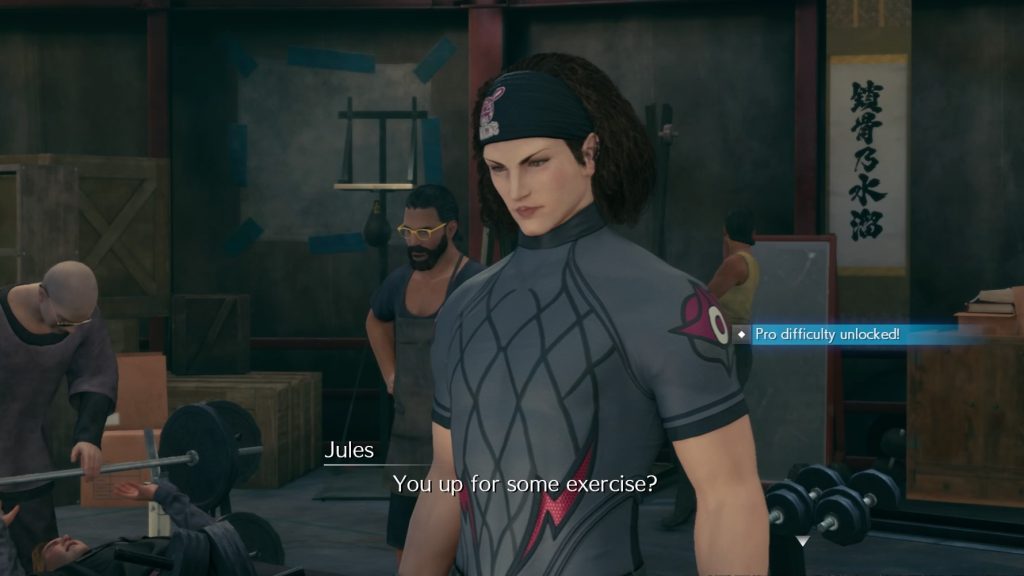 Jules is a much more memorable character than Big Bro

In the original Final Fantasy VII, it was a cross-dressing man, aptly named ‘Big Bro,’ who owned the Midgar Gym. Big Bro supervised a squat challenge for Cloud, and if successful, gives him a convincing lady’s wig used for Cloud’s undercover disguise as a reward.

Now given a total makeover and much more impressive backstory, Big Bro was effectively changed into the much more rounded character: Jules. An effeminate-looking man, Jules also happens to be the game’s toughest ‘pro’ level competitive athlete.

Competing against Jules is one of the hardest challenges, if not THE HARDEST CHALLENGE in the game. His Squats, and more infamously his pullups, are in near-perfect form.

To earn the in-game achievement trophy and obtain the other championship belt, the player must beat Jules at pull-ups with an absolutely perfect run (not a single mistake) performed at a speedy pace. If you lack an affinity for rhythm videogames, it’s a nightmare of a challenge and easily makes Jules a memorable, albeit challenging character. 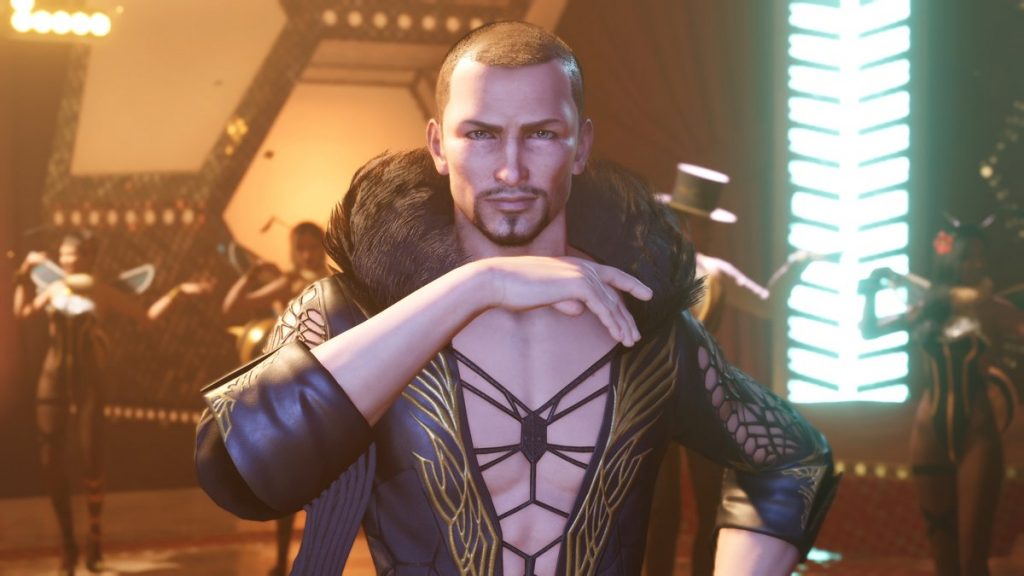 “True beauty is an expression of the heart. A thing without shame, to which notions of gender don’t apply. Don’t ever be afraid, Cloud.” – Andrea Rhodea

Everything about Andrea Rhodea screams Queen diva. From his explosive entrance and powerful shoulders to his confident yet seductive composure. Andrea Rhodea is an intense yet sensitive person. A person who screams prominence and power that can oddly, even give Tifa a run on her initial pull-up challenge as well.

A powerful figurehead in the Wall Market district, Andrea Rhodea is introduced as one of the three bosses in town whose approval is needed to gain a meeting with Don Corneo: Wall Market’s head boss. A mysterious figure at first, when Andrea takes the stage in his grand reveal, he steals the show, leading cloud on a lesson of choreography, while teaching him adages about self-expression. 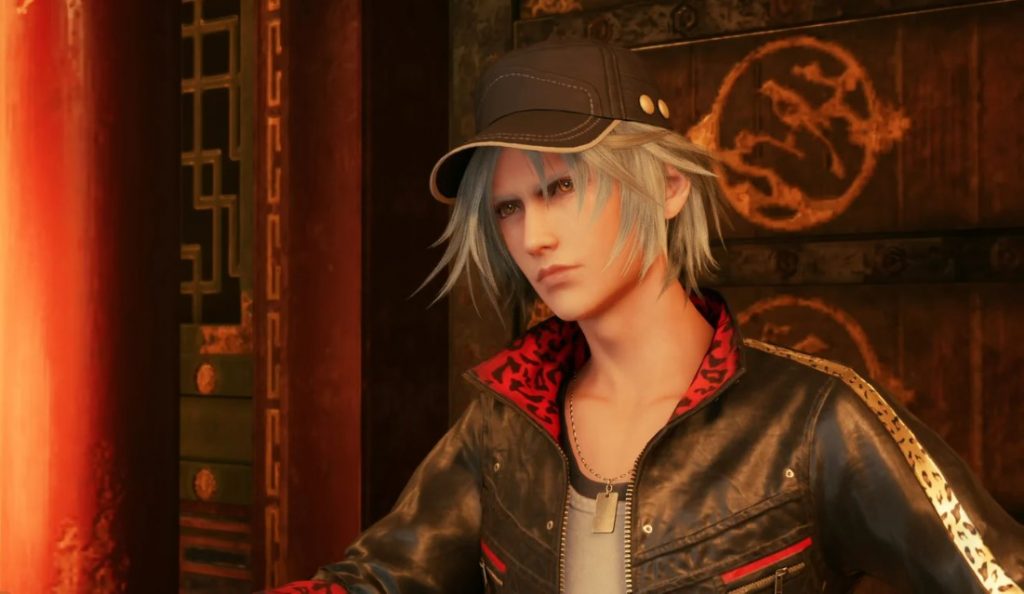 Andrea is also, as seen by the eventually helpful Corneo enforcer Leslie Kyle, the kind of person who will do the right thing. Despite the risk, he fearlessly sends Leslie over in defiance to secretly help save our heroes. Solidifying that Andrea is a powerful figurehead well-respected and beloved by many.

It Manages to Respect the Source Material 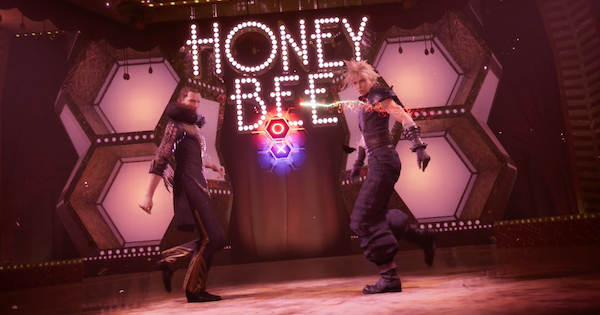 Director Tetsuya Nomura — who was the head developer and director for both Kingdom Hearts and the beloved Final Fantasy VII Advent Children, respectively — sought to preserve elements from the original Final Fantasy VII out of respect toward Yoshinori Katase: the game’s original director.

This included modernizing ‘key moments’ from the original, such as incorporating unique Materia, revamping signature Final Fantasy summons (Ifrit and Shiva), and most noticeably for FFVII: expanding upon different plot points in the game. The most controversial of which was a mini-quest where Cloud had to objects and undergarments by sketchy means, to cross-dress as a woman and go undercover.

Yoshinori Katase, the beloved director of many Final Fantasy games in the 90s and who served as producer for the remake, felt this approach to the story was outdated. Thus, Katase, Nomura, and the development team took on a different, more respectful approach:

“In the 23 years from the original launch, society’s values have changed significantly, so we tried to preserve the humor of the original, but we approached the encounter and outcome so that the depiction is now more natural and respectful for all.” – Yoshinori Kitase in an interview with Esquire Magazine.

It’s About Pride and Representation 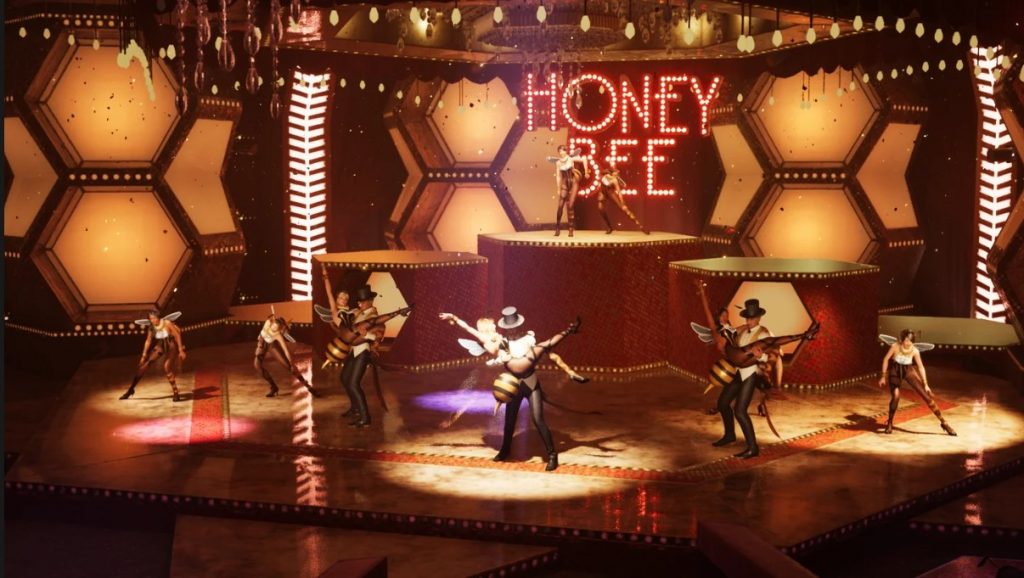 The Final Fantasy VII remake converts the inn from a shady love hotel sex brothel into a cabaret nightclub. And Sure, the Honeybee ladies are still prevalent everywhere, but so are the Honeybee men, as the game aims for equal opportunity. Then, of course, there’s this…

What resulted was a genuinely surprising and empowering scene at the Honeybee Inn.

An unabashed celebration of pride, the above cutscene left my mouth agape, as I was bombarded with dance, lights, and pageantry galore. Like watching a Baz Luhrmann movie, I struggled to remember what I was doing here, sitting genuinely befuddled yet oddly satisfied to an umpteenth degree.

More than anything else from the experience, I was genuinely surprised by a JRPG for the first time in a long time. Wanting to sit through the glamorous cut scene, it almost works against the player, as the spectacle was beautifully distracting, with choreography between Cloud and Andrea Rhodea that was spot-on fantastic. A refreshing and innovative approach to the series featuring a standout queer character with a protagonist that has been depicted as slightly androgynous over the years.

But the best part of what makes it an engaging experience is the fact he has to earn his transformation by putting himself on the line, with a cheering crowd, and a hardcore fangirling Aerith. As there front and center, Cloud, in drag and makeup, ascends into his transformation in front of a live and supportive audience.

And sure, there are comments as to how Cloud didn’t want to really take part. That he was reluctantly doing it all to save Tifa’s life, and when immediately confronted by her later in the chapter, quickly brushes off the experience.

To that argument, I ask you this: How is Cloud so good at keeping up with Andrea when he ‘never had’ this sort of practice before? Because I highly doubt that this is part of SOLDIER training.

Personally, I’d like to think it’s because he’s not totally unfamiliar with the situation. Hinting at a much more ‘woke’ and deeper layered depiction of Cloud than we’ve ever gotten in a videogame to date.

But what were your thoughts on the revamped HoneyBee Inn and the new portrayal of LGBTQ characters in the Final Fantasy 7 Remake? Feel free to comment below.