Laugh your head off! 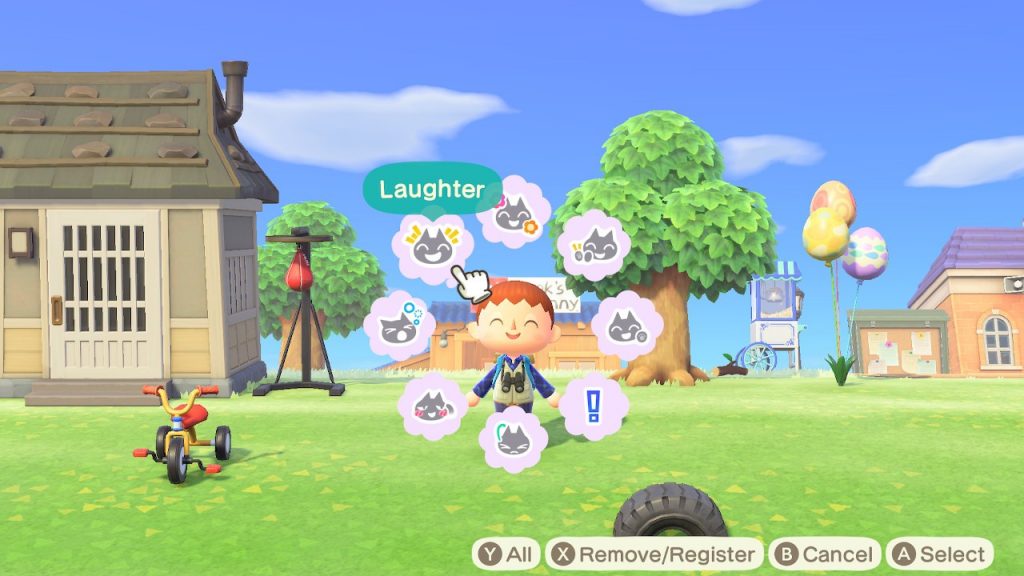 UPDATE (5/20/2020): For an easier viewing experience, we divided our reaction list among the village personality types you obtain them from.

What better way to liven up Animal Crossing: New Horizons‘s tropical discourse with some animated reactions? While famed “comedian” Dr. Shrunk might not be around to impart his physical emotions, your animal buddies have picked up upon your blank visage and will take it upon themselves to help refine your expressional game. From boisterous laughter to crocodile tears, our Animal Crossing: New Horizons guide will help spruce up your online/offline wit!

You might’ve noticed from time to time that your fellow residents will call out to you on your own, often preceded by an urgent “!”. It’d be rude not to say hello, and even then, responding to their attention often grants a reward of some sort, so always take the time to shoot the breeze! In the case of reactions, they’ll grant you one of four initial expressions: Joy, Greetings, Surprise, and Delight. Whenever you feel the need to emote, simply press ZL to access your reaction wheel and react away! 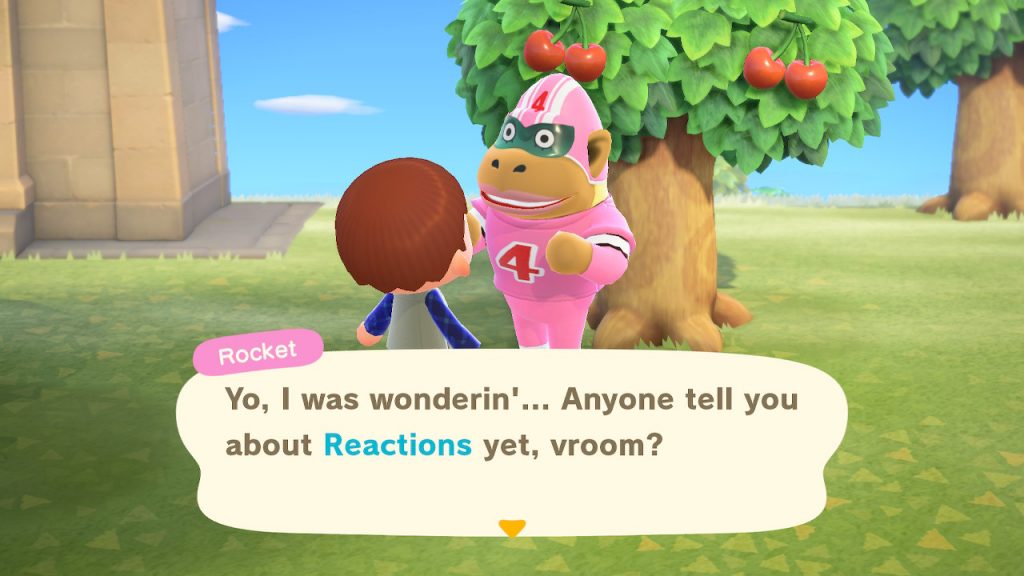 Okay, great, you now know how to fake surprise — what now? Really, they’re just for fun: from making faces at your villagers (and being responded to in kind!) to online hijinks, everything from gleeful claps to crushing heartbreak is prime for unforgettable laughs. If you find yourself prone to expression emotions, you’ll definitely want to customize your reaction wheel — while accessing it, press X to remove and/or add up to eight different reactions, whereas pressing Y will display your full collection.

Those aching to express their creativity should certainly capitalize upon Switch’s snapshots/the game’s in-game camera feature, and what better avenue than Harvey’s Photopia studio: there, you can invite fellow islanders and not just set up props for hilarious scenario, but have them indulge in any and all reactions you’ve learned! As seen below, it could be the secret spice to capturing that perfect sacrifice to the pillbug gods. 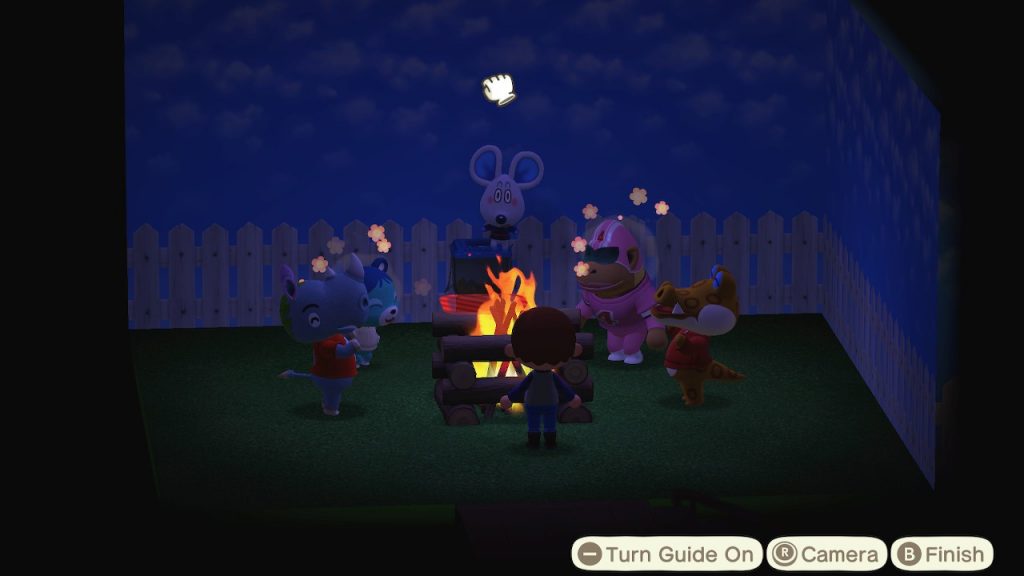 (And in the event you’re not interested, you’ll still want to collect them for Nook Miles, so always hear out your villagers!)

So, uh, what are all the reactions?

According to the Animal Crossing: New Horizons Official Companion Guide, there are 44 reactions within the game. Following the initial four reactions, each villager type will share five respective reactions at random intervals — we’ve whipped a list below for your convenience:

Forgotten which personality types are which? GameRant’s got you covered, and as a reminder: Jocks and Big Sisters were the first male and female villagers, respectively, on your island. (Should they still be around, anyway.)

And that’s it! In the meantime, check out our Animal Crossing: New Horizons guide hub!