Just When You Thought You’d Escaped Nemesis They Go and Remake Him!

You can watch the video review above or read the written version below!

I’ll admit it: I’m a big fan of Resident Evil 4 onwards, but I find it hard to go back to the ones before that because the old fashioned “tank” controls feel painfully cumbersome and dated compared with the smoothness and precision of modern over-the-shoulder shooters. To summarize Resi’s old “tank controls” for younger viewers: they had supposedly athletic young protagonists trundling around with the grace of a dilapidated Winnebago, forcing you to stand perfectly still and slowly rotate on the spot when shooting at a crowd of zombies, like some sort of suicidal ballerina. Now with the release of Resident Evil 3 Remake to compliment the release of last year’s Resident Evil 2 Remake, I can finally enjoy the story of the third entry in the original trilogy with the blessed ability to step gently backwards when firing on a crowd of zombies who want to nibble on my face.

Resident Evil 3 takes us back to an alternate 1998. Jill Valentine, a police officer and now grizzled veteran of Resident Evil, wakes up to find Raccoon City turned into a metropolis of slavering zombles by the thoroughly irresponsible Umbrella Corporation. Ah, 1998, a time when a horrible pandemic ravaging the world with corrupt corporations and mad reactionary governments failing to handle it was just escapist fantasy! Jill is at this point has become a cop so hard boiled, she could be served with sausage, beans and toast. You can feel some effort has been put into making Jill more relatable. Unlike the original where Jill looks perennially flawless while fighting hordes of the undead in a tube top and mini-skirt, she now wears more practical clothes and ends up giving Lara Croft a run for her money in the “remade 90s video game women looking realistically dirty” stakes. She even leaves half eaten pizza lying around her apartment. Disgraceful!

Be My Valentine, Jill! 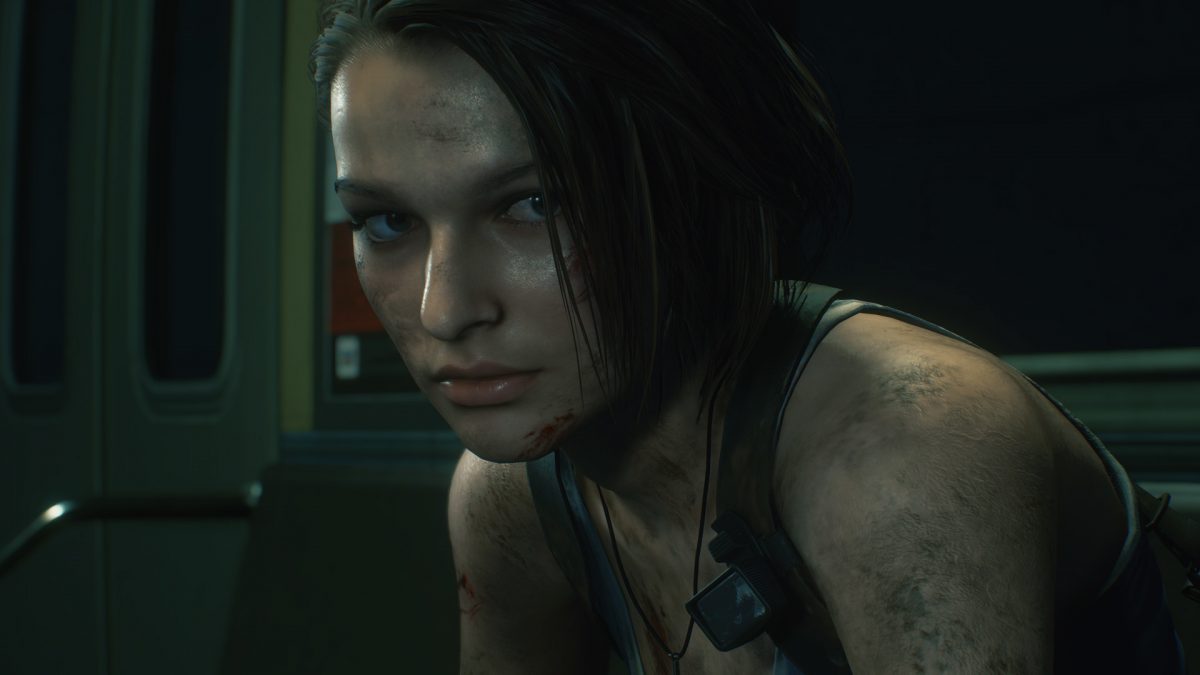 The game starts in a brilliantly explosive, high-octane way as Jill is just wandering around her apartment, idly thinking about her future career when the horrifying mastodon Nemesis punches his way through the wall and starts beating her within an inch of her life. She dashes through the hallways, stumbles out the fire escape and immediately finds herself fighting for life in a city gone to hell. This breakneck pacing sets the tone from there on in.

Resident Evil 3 Remake tells you straight up that it’s an unapologetically loud, in-your-face cinematic action game, and there’s nothing wrong with that. While it could have been easily overloaded with gimmicks, bells and whistles, the experience has as much focus as Nemesis trying to smash our heroine into an extra-pulpy Jill sandwich. There’s no overly complex puzzles, jarringly forced stealth sections or tiresome grinding to slow things down. This remake is here to kick zombie ass and chew green herbs, and it’s all out of herbs.

Jill can perform a dodge move to quickly scramble away from oncoming attacks. When timed perfectly, she even rolls directly under an adversaries’ attempted grab or slash, giving her an opportunity to fire on it from behind. I ended up doing this several times without even being instructed or prompted because timing my dodges felt so smooth and natura, making me feel pretty gosh darn cool.

I never felt confused or frustrated getting to grips with how everything works. All the core mechanics are just so effortlessly intuitive and settling down to play for the first time was like sinking into a warm bath… filled with zombie innards.

My Real Nemesis is The Bats in Resident Evil Zero 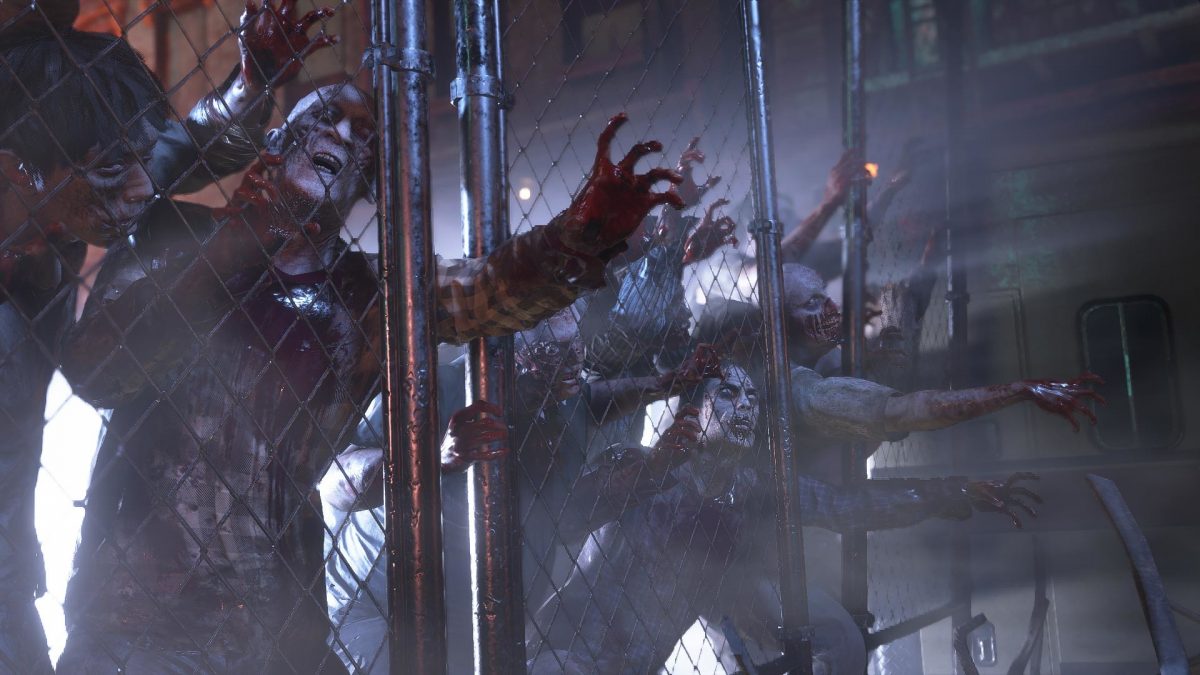 The boss fights and chase sequences with Nemesis are the true highlights that define the game though and no expense is spared on them. There are chase sequences where Jill must scramble away from Nemesis, usually with the scenery exploding around her and flames licking at her heels. Between the brilliantly dramatic music and shocking interruptions like zombies popping into her path as she’s about to round a corner to safety these sequences are always thrilling. These parts are dotted with cutscenes with the occasional bit of light QTE button pressing, but it’s remarkable how smoothly these transition between interactive parts.

But it’s quite clear when Jill has been backed into a corner and is forced to fight her pursuer. These fights are incredibly immersive and I felt myself sharing Jill’s sense of disbelief and determination every time Nemesis emerged scorched but defiant after firing an entire drum full of incendiary grenades at him.

Carlos is One Spicy Tamale! 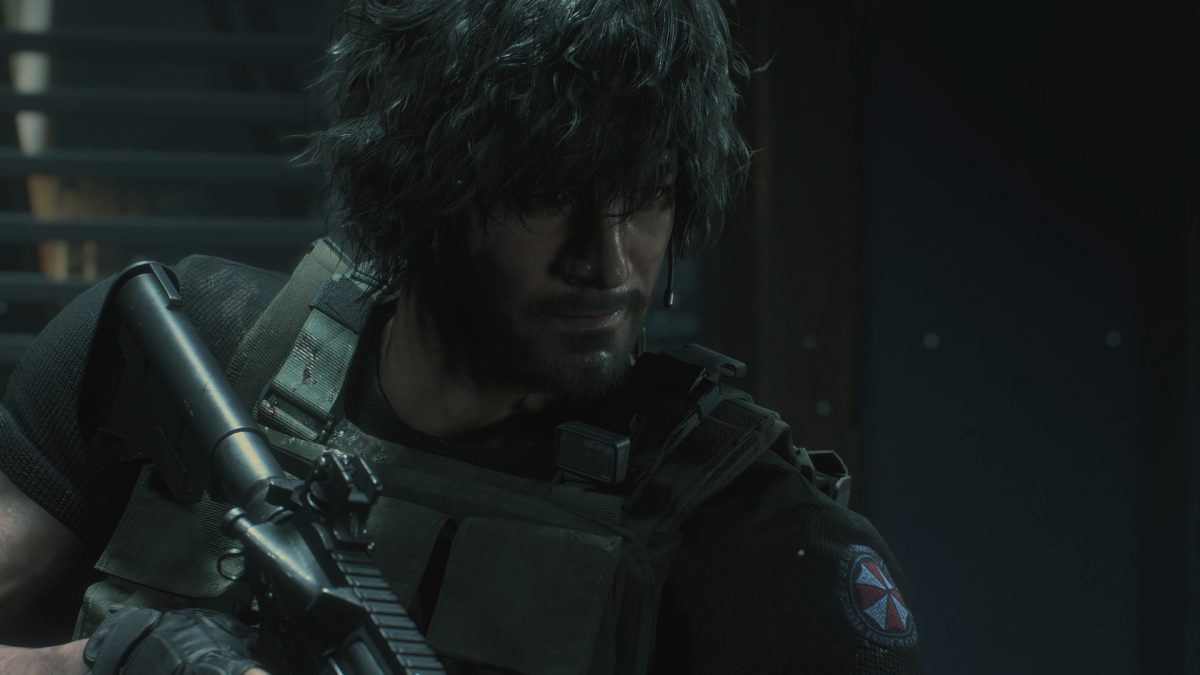 Even as dirty and disheveled as Jill is, she still looks bloody amazing, and there’s still scope for romance to add just the right amount of spice to the often oppressive atmosphere! For me, one of my favorite parts of the Resident Evil series is the unfathomably beautiful people exchanging flirty quips in-between blowing things up. This time around Jill’s “will they, won’t they?” love interest is the Umbrella Corporation operative Carlos with his powerfully sexy feathered hair and his achingly gorgeous wispy goatee. Carlos is getting a bit angry and disillusioned while he discovers his employers are about as evil as Stalin multiplied by twenty seven. However, he still finds time to have simmering exchanges with Jill. Though Jill is suspicious of him because of her prior experience with Umbrella, he makes an effort to win her over with bravery and kindness even though his flirtations sometimes come across as endearingly goofy.

Carlos even bemusingly refers to Jill as a “tall drink of water” in an attempt to woo her, because apparently being compared to a flavorless beverage is the way to a woman’s heart. Wow, Carlos, you’re lucky you’re so pretty!

Carlos is another playable character in his own right. Whereas Jill likes to dodge, Carlos prefers to shoulder barge enemies out of the way because he’s a bloody bloke! Where Jill favours a shotgun, Carlos sticks to a submachine gun. Since you switch between characters through the story, it helps keep the gameplay fresh, and freshness is important in a game full of rotting, shambling corpses! There’s even parts where Jill can access previously unreachable areas you’ve taken note of as Carlos, making you feel like a right clever clogs. 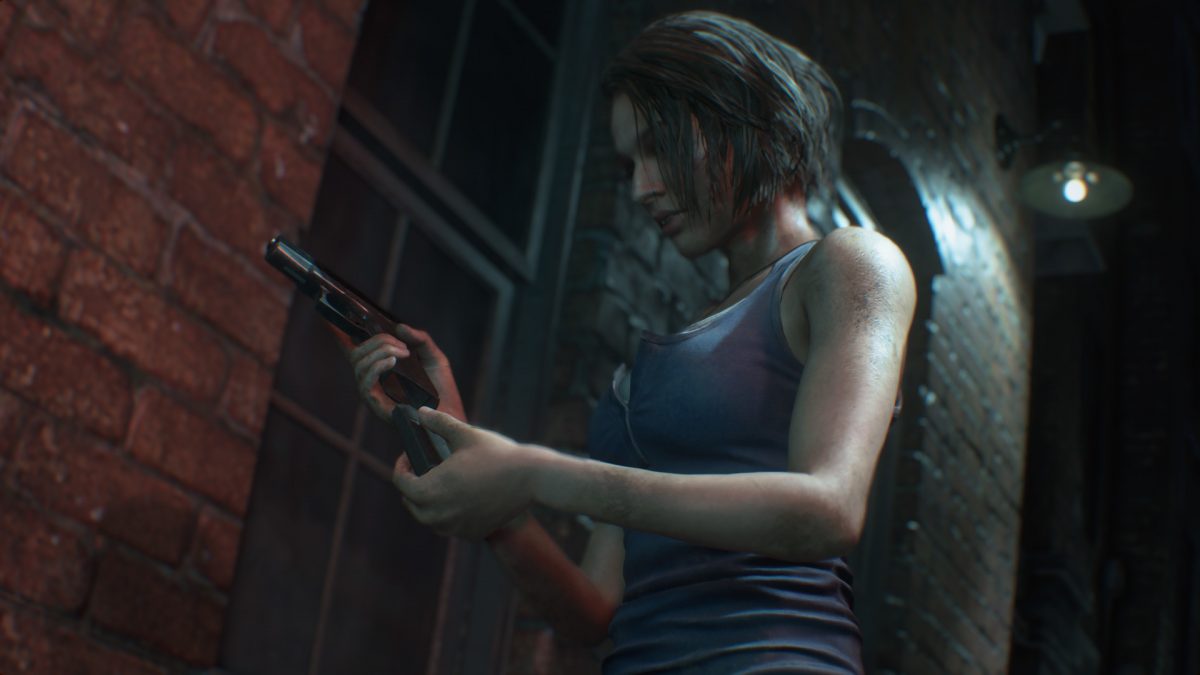 Speaking of which: even though the proverbial river of the storyline runs through tightly scripted action sequences, there is still a solid scope for exploration. After you’ve finished with the manic madness of the introductory section, you’re given free reign to explore the devastated shopfronts, garages and alleyways of Racoon city.

Luckily, the residents of Raccoon City leave live ammunition lying around the streets in ramshackle crates and keep their valuables in safes where the combination can be found on a desk in a room ten metres away, because the people of Raccoon City are certifiably insane.

There are also weapon mods to be found that vastly improve such aspects as the accuracy and clip size of your various firearms. There are also hip pouches to be found which increase the otherwise punitively small inventory space. There are those classic Resident Evil light crafting elements, where pots of gunpowder can be combined to make various types of ammunition and healing herbs can be mashed together to become more potent, making inventory management even more important to stay stocked up and healed up, especially since there are often long stints between save rooms with chests to store your items.

The lack of inventory space creates that survivalist dilemma about which crucial items to take and what to leave behind, only further building up the sense of danger and uncertainty for the challenges ahead.

Helpfully though, the map highlights rooms which haven’t been fully looted in red, so it’s never too painful to scour rooms for hidden goodies. Also, there are various lockpicks, bolt-cutters and ID cards to be found to access otherwise inaccessible doors, lockers and chests but they politely indicate that they can self-destruct once they’ve served their purpose. This means searching for upgrades and items is a satisfying detour to help you weather the next great challenge rather than something that slows down the momentum of the story.

The only possible real flaw I could find if you forced me to nitpick is that it ends so soon, clocking at around 6 hours for a standard playthrough of the main story. Honestly though, I think giving us a brisk, intense movie-like experience, instead of spreading themselves thin with tedious grinding and endless errands was the right approach for Capcom here. Besides, after the main game is over there’s countless extras like alternate outfits and special weapons to unlock by doing challenges throughout the game, squeezing some extra replayability if you’re understandably left craving more.

Resident Evil 3 Remake is retro in its setting as well as its narrative style. It reminds me of a classic 80’s/90’s action movie in the vein of Aliens, Terminator or Predator: a hero(ine) is pursued by a relentless, inscrutable, seemingly indestructible force in Nemesis. The sense of peril and disbelief is built up by repeated encounters with the indestructible force. The hero(ine) proves how bad-ass she is by surviving the ensuing battles. She makes us root for her as she spouts defiant one-liners at her seemingly invincible adversary, having some flirty fun with her sidekick, giving us just enough room to breathe before the next action-packed encounter ratchets up the tempo.

It’s a tried and tested formula executed to absolute perfection here, building up the tension and excitement to such a fever pitch the end result is nothing less than an utterly exhilarating rollercoaster ride. Resident Evil 3 Remake takes everything that’s gloriously entertaining about the Resident Evil series and distils it into an infectiously fun essence more potent than the T-Virus itself. If you snap it up for yourself you’ll love it too… Almost as much as Carlos’ hair. Godamnit, Carlos, your feathery hair has stolen my heart!

Full Disclosure: This review is based on a copy of Resident Evil 3 purchased by the Editor. 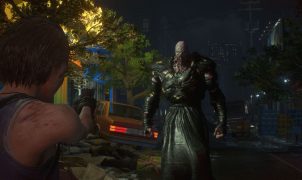 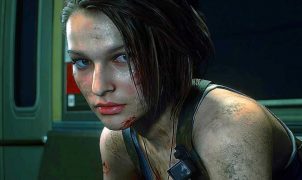 Crime Never Pays   I haven’t played a lot of visual novels. But recently, they’ve been growing on me quite a bit. So I decided to give Crime Opera:…