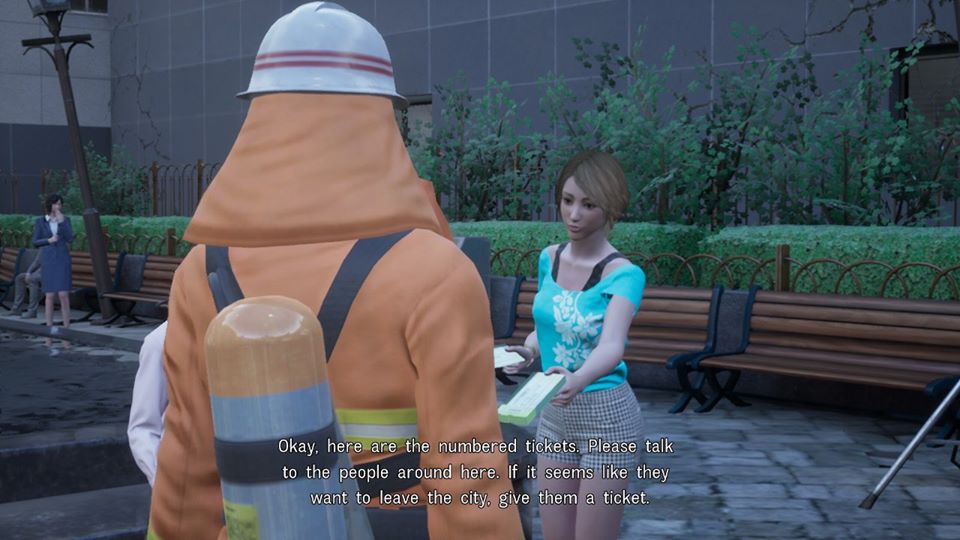 Kanae will give you four tickets to hand out to potential evacuees.

When the chapter begins, you’ll find the road leaving Housenken Shopping Street has taken you to the previously inaccessible northern path of Suiren Park. If you’re tired of seeing this place, don’t worry because you won’t be here long.

Step down the ramp and head over to the fountain area to speak with Kanae, who will tell you she’s volunteering with an organization Tomoya joined and currently trying to hand out numbered plane tickets to those who want to flee the city. Agree to help her, and she’ll hand you a stack of tickets and ask that you find people who want to evacuate.

For your troubles, she’ll reward you with your own numbered plane ticket, your chance to leave this shattered city behind and return home finally. 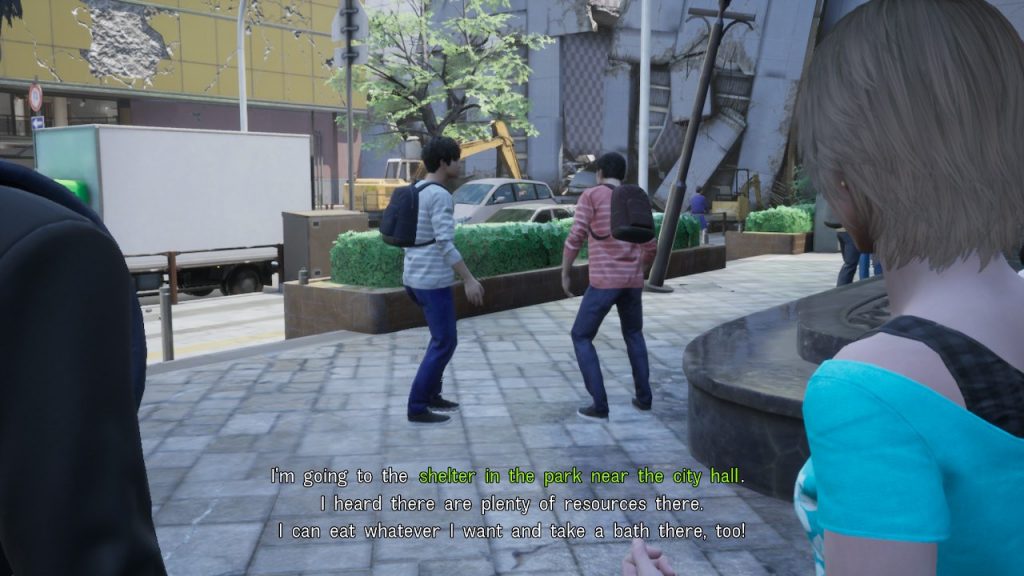 After helping Kanae out, you can choose to go to a shelter near the city hall or accept the organization’s flight out of the area.

After you hand out tickets to four people in the park (it’s not important who you choose), you’ll be given the option to head to the airport or shelter at City Hall, which an angry passerby who refuses a ticket says has plenty of food and a large bath. For this walkthrough, we’re going to be taking the airport route.

Unfortunately, to reach the airport, you’re going to need to do some serious backtracking through Hisui City to reach Garbera Bridge Rest Area, where a shuttle is waiting to take you to the airport so you can escape.

Now that you have your ticket, exit Suiren Park from the east by crawling through the hole in the sign to reach Asagao Crossing.

In our next Disaster Report 4 guide, we’ll walk you through Asagao Crossing 3rd Visit.