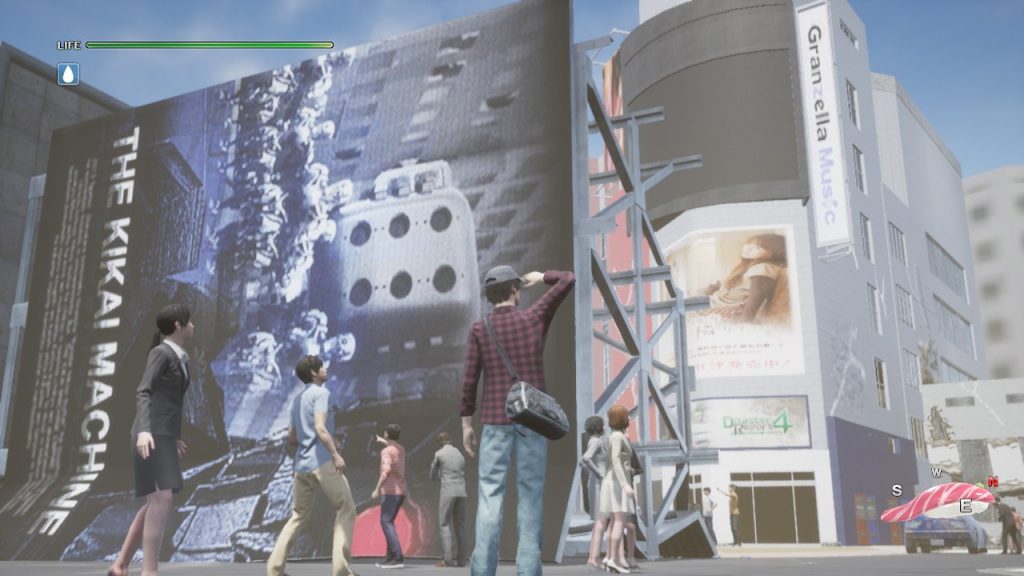 When you enter the area, proceed to the large intersection to trigger a cutscene where two very enthusiastic White Coats recruiters approach you. Tell them you’d like to help make people happy, and they’ll run off on their merry way. 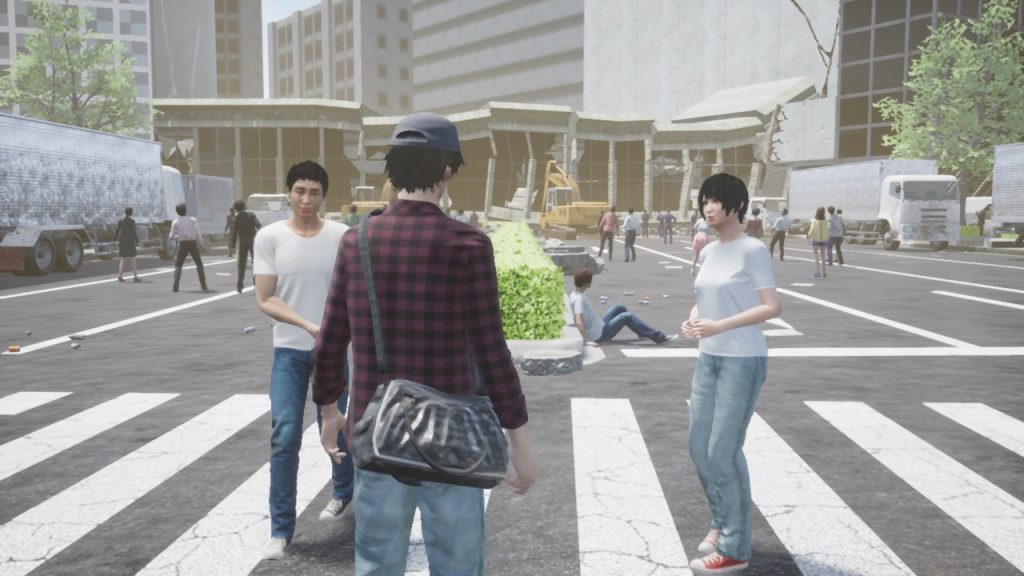 It doesn’t take long before you discover Azami Station has a bit of a cult problem.

After you speak to them, enter the building between the two sets of subway stairs near the southwest corner of the map (it has a Zenrin and Granzella Music signs on it), and you’ll find the two White Coat recruiters you just spoke to waiting inside.

Congratulations! They’ve selected you to join the ranks of the not-at-all-creepy White Coats. During a party laid out with an incredible spread of food, you’ll be introduced to their leader, Hakuyo. 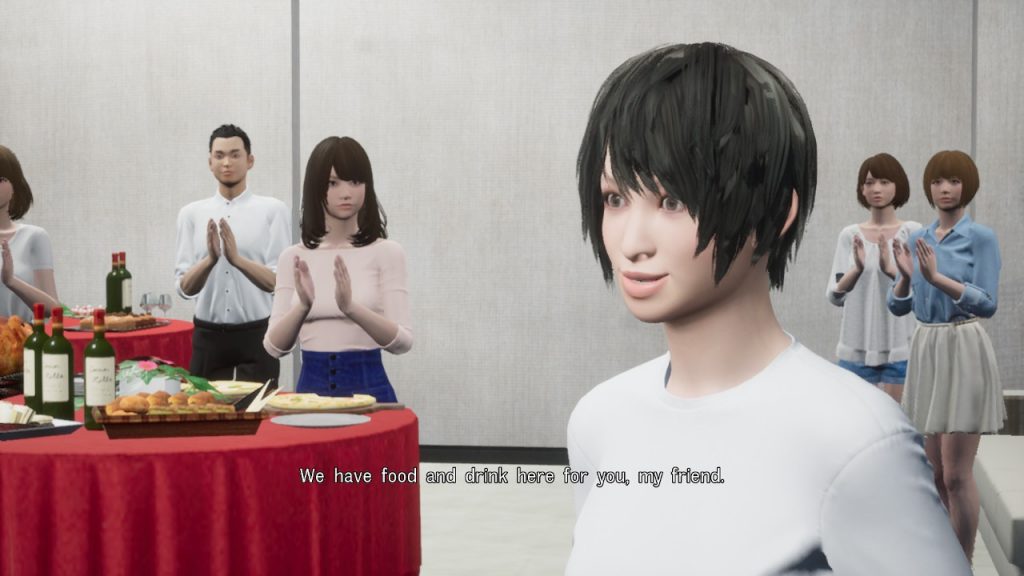 Nothing works up an appetite quite like watching the rest of the world starve from your ivory tower, y’know?

After the cutscene, grab a bite to eat from one of the tables. And be sure to pick up the Shortcake Compass from the dessert table.

When you’ve eaten your fill, enter the clean wooden door that leads to Hakuyo’s office. On top of Hakuyo’s safe, you can find a Leather Backpack (space 34).

After you take the backpack, leave the party and speak to Recruiter Koyama, who will ask you to save as many fellow humans as possible. Look for people who could use salvation around Azami Station and convert them.

You can convert the following citizens:

After you convert these three citizens, return to the White Shirts to trigger a cutscene. The two recruiters will take you to a one-on-one meeting with Hakuyo. No matter what you say, he’ll ask you to take over as the leader of his organization. If you decline and change your mind, you can return to his office and accept his offer. Doing so will earn you 100 moral points. 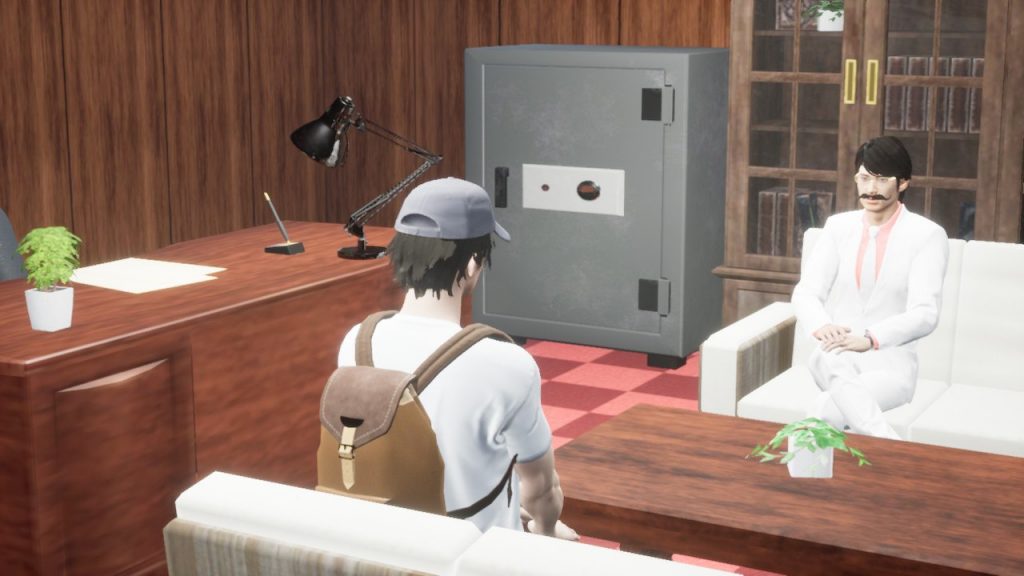 As a Twin Peaks fan, I found it impossible to shake the Mr. Tojamura vibes Hakuyo was giving me.

Now that you’re the head of the organization, you can access the safe in the office. It contains 30 million yen and a sapphire ring, which you can choose to take for yourself or “borrow.”

Leave the HQ and head to the subway entrance in the northwest corner of the map. You can find the Pudding a-la Mode Compass at the bottom of the stairs.

Now go back to the White Shirt HQ, and you’ll find the two recruiters beating the elderly man that you saw them apprehend before you met with Hakuyo. Order the two goons to release him, and you’ll earn 40 Moral Points. However, the group will label you a traitor and begin chasing you.

Hightail it through the path the old man made when moving the wall of boxes and keep running until you reach the next area.

In our next Disaster Report 4 guide, we’ll walk you through Himawaricho.