Out of one training arc, and into…another? 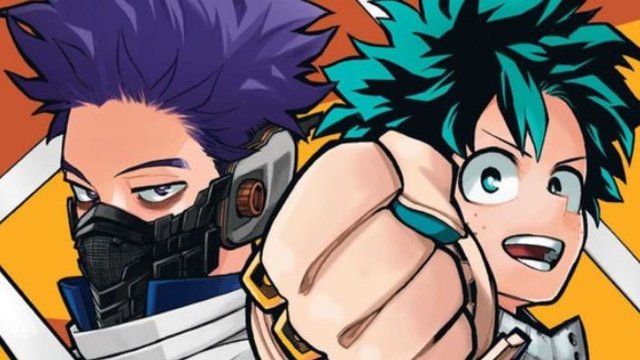 Ah, now here’s a My Hero Academia volume — relevant character arcs, our young protagonist navigating uncharted waters through his Quirk, expertly-crafted parallels, and last but certainly not least: world building as seen through the lens of The League of Villains. While the series’ preoccupation with volume-spanning teenage fisticuffs appealed to Kohei Horikoshi’s imaginative prowess (I’m still pondering Manga Fukidashi’s daily routine; I mean, what’s it like living with a speech bubble for a head?), its self-contained bubble in class rivalry induced an air of irrelevance outside of Hitoshi Shinso’s return; a great character, mind, but previous U.A.-centric arcs in the Sports Festival and School carefully ensured they fed into My Hero Academia‘s world at large; consequently, the Joint Training Battle’s bloated emphasis on every single classmate may provide some superficial thrills, but ultimately impedes the series’ greatest strength in no-fat pacing.

Thankfully, Volume 23 instantly dispenses with the sideshows and dives right into an attention-grabbing phenomenon; namely, Deku’s malfunction with those weird black tendrils. As it happens, the previous One for All bearers’ original power still live on in the world’s strongest Quirk, and Blackwhip — the inky substance exploding from Deku’s hands — is the first of six Quirks that’ll be bestowed upon young Midoriya. At first glance, this crazy buff sounds like it spawned from some overambitious fanfiction — hence why the relevant chapters were subject to no shortage of division — but we learn Deku can’t just activate his new powers on a whim; indeed, Blackwhip responds to intense bouts of anger, and as the mysterious visage informs our protagonist, only strict control over his heart can master this new Quirk (As evidenced later when it dissipates following Shinso’s taunt — sure, it might be too much for Deku’s current level, but I’m not entirely convinced that’s all.) Juggling these new powers will prove mighty difficult on the storytelling front, so we can only wait and see if Horikoshi can successfully weave them into My Hero Academia‘s Hero’s Journey. (that being, of course, Deku obtaining the mantle of The Symbol of Peace.)

In the meantime, his opponent in Shinso’s host to some fantastic character development — since their fated match-up back in the Sports Festival, the two up-and-comers have forged one of the series’ best parallels: struggling rookies clawing their way to the top through their innate physical deficiencies (a Quirkless prodigy with the expectations of the world’s greatest hero upon him/a cynical youth bound to a stigmatized, subdued Quirk). As opposed to Deku’s reckless instincts in rescuing Bakugo way back in Chapter 1, Shinso may’ve only thought of their rematch, but the result was the same: a life was saved efficiently through the confusion of an unforeseen crisis, and that’s enough to earn a passing grade. I suspect he’ll join Class B in the end — his relationship with Monoma would certainly spice up this class rivalry — but whatever happens, he’s risen to the upper echelons of aspiring young heroes I want to see develop. (Speaking of Class B’s resident narcissist, Monoma also gets a chance to shine even after he’s quickly dispensed with, although as compelling as his heroic paradox may be, his over-the-top pompousness has always been a tad too grating for my tastes.)

Meanwhile, over in Villain Land… 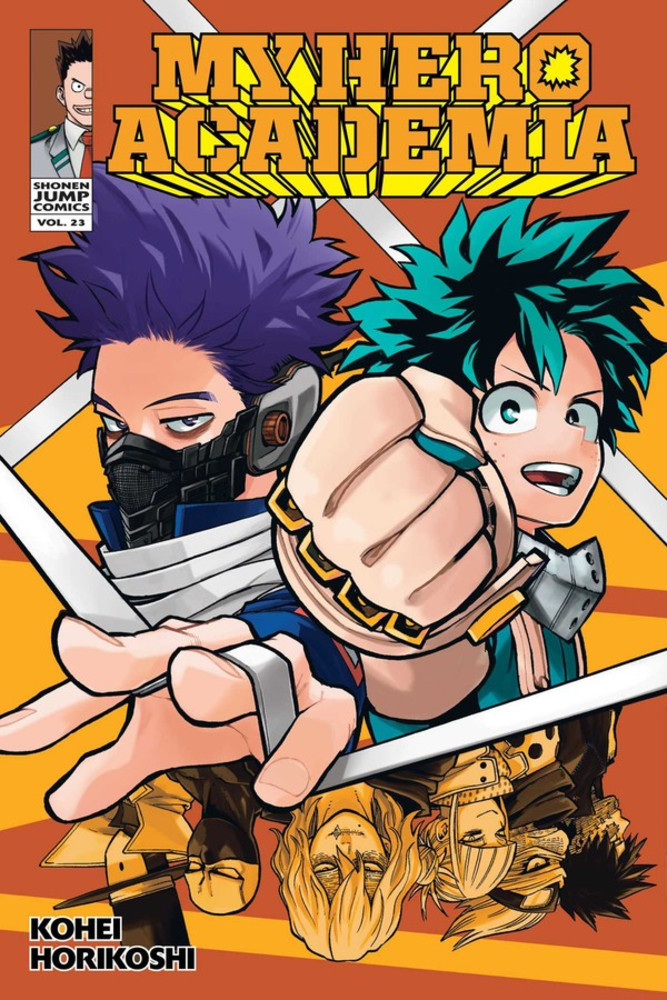 Regardless, it’s not all fun and games in this volume, as the Meta Liberation Army we’ve heard whispers about finally makes their move. Enter Rikiya “Re-Destro” Yotsubashi: by day, a brilliant CEO with a lovable forehead; by night, a scheming terrorist who’ll snap your neck should you so much as disparage his predecessor’s propaganda. (No, seriously, don’t piss him off!) Seeking to revert Quirk usage before the modern regulated age (a movement symbolized by their preference of “Meta Abilities” — the antiquated term for Quirks), nothing’s about to stop him or his 100,000+ strong army in revitalizing what he perceives as basic human rights, not even other villainous organizations that threaten their uprising; why, nipping a certain League of Villains in the bud might be just the thing to get them back into the spotlight…

And yet, Tomura Shigaraki’s band of criminals has seen better days: living in squalor since All for One’s defeat, and be it financial woes to following Stain’s ideals, the League’s just about at each other’s throats. It’s not until a landslide of events from dueling Gigantomachia, meeting All for One’s reclusive doctor, and a life-or-death match-up with the Meta Liberation Army that their post-All for One momentum — or lack thereof — is laid bare: it’s easy to say the League’s aimlessness stems from Shigaraki’s master’s absence, but who’s to say this dysfunction doesn’t hail from their own insecurities? Shigaraki’s fundamental conflict in his, ahem, “family” is obvious, but I’m more interested in Spinner — a more overlooked member who may echo our own frustration as readers — and how he’s left struggling with the fact that the hopes and wishes of the man inspiring him into villainy (Stain) is no longer the League’s concern. (Putting it this way: imagine throwing yourself into a life of crime — the one escape from a life of ingrained discrimination — and all you get is poverty and broken dreams.)

Dr. Daruma is correct in that All for One’s protege’s been reduced to sitting around with scum, but can Shigaraki’s removal of his shackles not merely live up to All for One’s ambitions but serve My Hero Academia some villainous vindication? That we’ve diving headfirst into a thinly-disguised training arc leaves us with trepidation after the Joint Battle’s stumblings, yet this volume’s instant recovery for the finale, a tantalizing debut for some fresh antagonists, and this new arc’s build-up into relevant themes concocts an easier pill to swallow. Buckle up, folks: Kohei Horikoshi’s about to make us root for supervillain murderers, so you may want to steel your gag reflex.