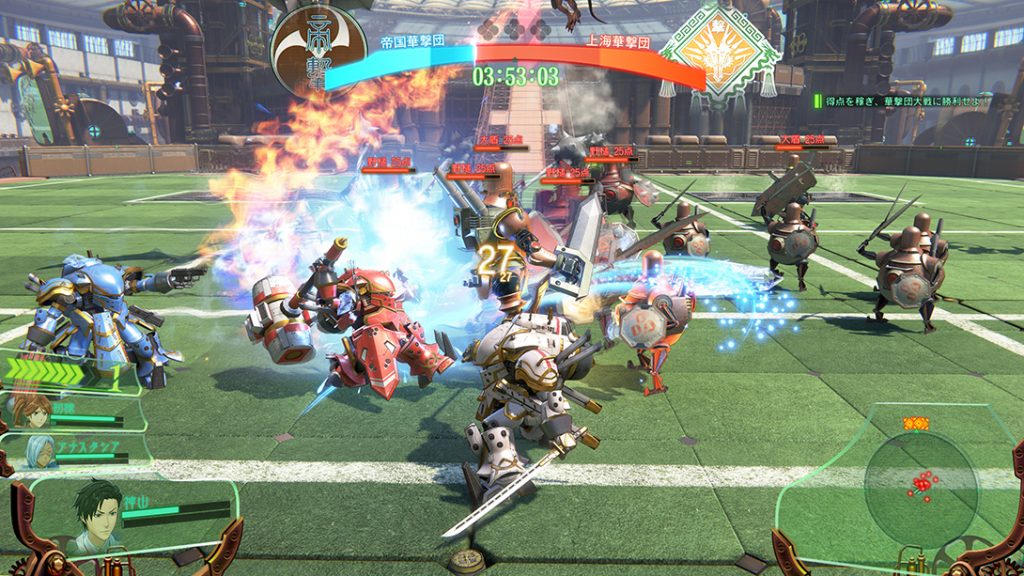 With the launch of Sakura Wars just over a month away, SEGA has released a new trailer showcasing the PS4 JRPG’s combat system.

Rather than showcasing battle against demons and other ne’er-do-wells, today’s video showcasing the game’s battle mechanics through the Combat Revue World Games, a tournament where the various combat revues from around the world compete against one another in elaborate stage performances and engage in mock battles with their massive mecha.

In these contests, Japan’s Flower Division, led by the glamorous star of the Hanagumi, Sumire Kanzaki, must compete against the combat London, Shanghai, and Berlin Combat Revues to keep from being disbanded altogether. Combat Revue World Games matchest are three-on-three affairs, where two allies assist the player as they attempt to earn points by taking out specific targets in the arena. Each point scored contributes to a tug-of-war-style meter, which you can fill to overpower your opponent, or simply win by having the most points by the time the match ends.

Check out the Sakura Wars combat trailer below:

A soft reboot of the long-running JRPG series, Sakura Wars is being published and developed by SEGA. The game will launch on April 28 for the PlayStation 4.

So, what do you think of the look of Sakura Wars’ approach to combat? Are you looking forward to the game’s mech-based melees when it releases next month? Sound off in the comments and let us know.