Protecting one’s family and friends is what heroes do! But, how exactly do the protagonists of Sakura Wars handle their foes? Why with ARMS, of course! 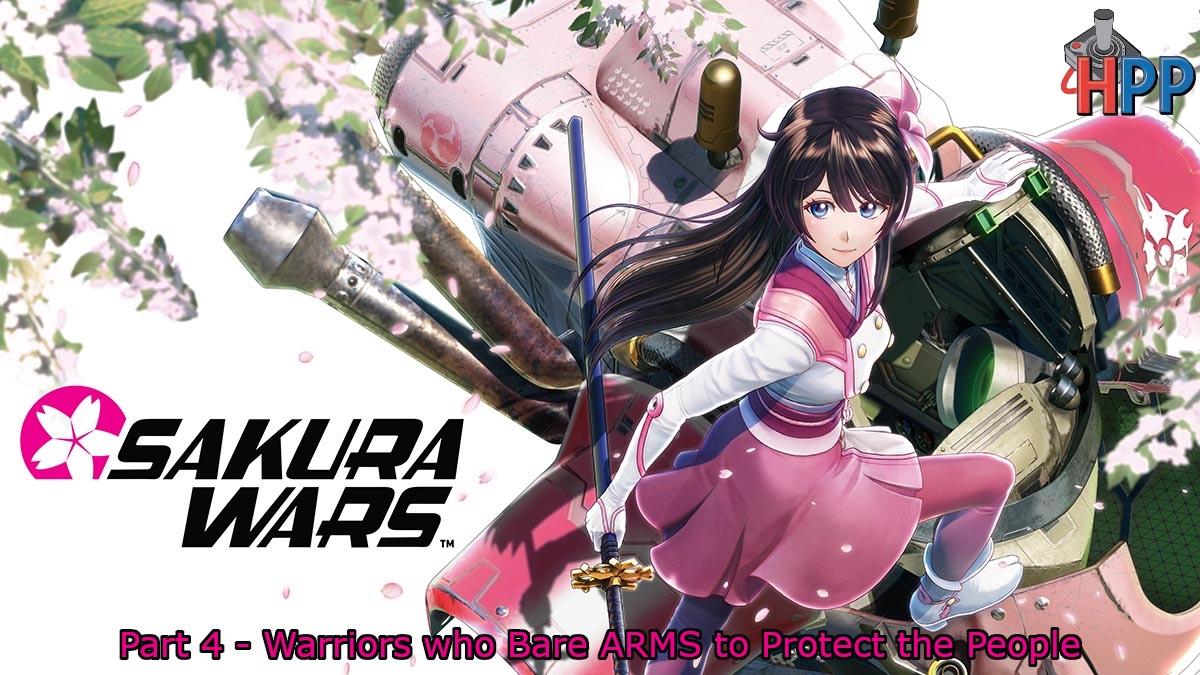 Hey, Poor Players! Welcome once again to our continuing coverage of Sakura Wars for the PlayStation 4! Yesterday we touched up the choice-driven LIPS mechanic and how it compares to So Long, My Love’s version. Today, we touch upon how combat in both games works and compare the two. Before we begin, though, some definitions!

With our terms properly defined, let’s delve into what makes the “wars” in Sakura Wars work, the combat! 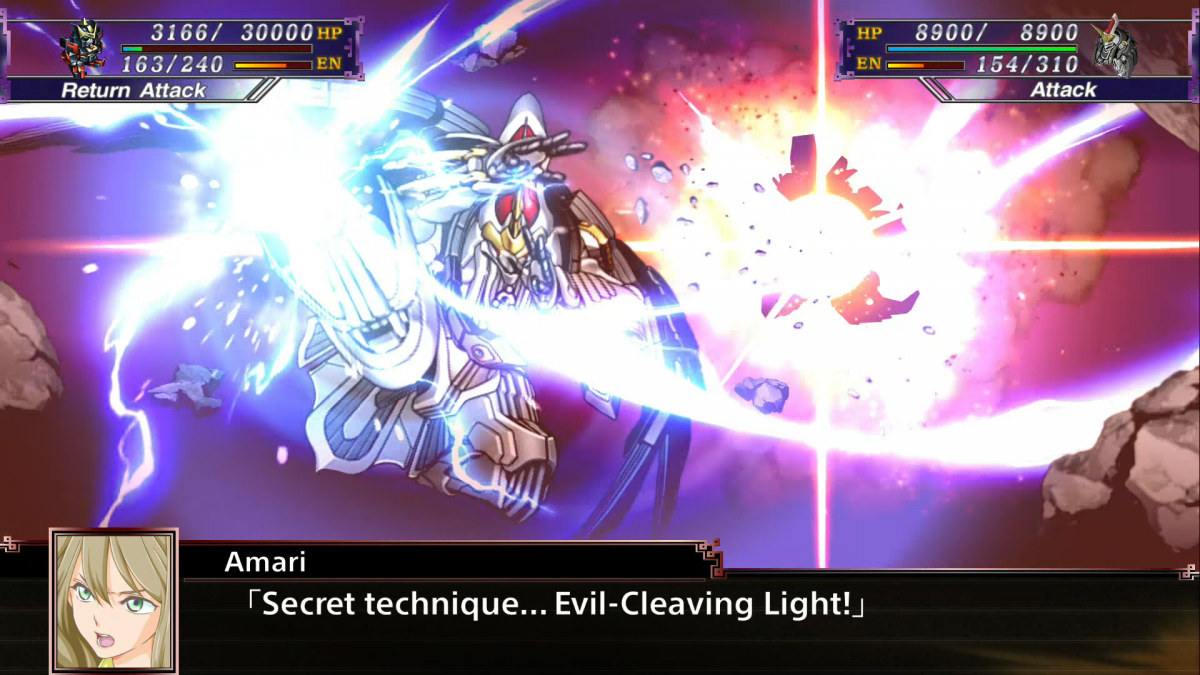 Super Robot Wars X is an excellent example of a game that blends VN elements and combat together into a balanced package. Heck, it even has mecha powered by magic like Amari and the Xelguard here. In fact, why the heck has Sakura Wars not been in an SRW yet?!

If a game is going to feature combat, it’s system needs to be carefully refined. While this might sound obvious, think about it for a moment. Combat is where a lot of time is going to be spent since that’s where the challenge of the game is most likely. Too simple, and it can be boring, too complicated, and it becomes frustrating. In addition, one game’s system or style might not work for another. So, if a franchise changes directions, great care must be taken. Again, we’ll revisit this concept in a bit. For now, let’s start with how combat works in So Long, My Love.

Like many games that utilize a VN style for its narrative, the combat is a crucial factor why we don’t call these games visual novels. Think about it for a moment. You wouldn’t call Super Robot Wars T a visual novel. Nor would you call anything in the Neptunia or Senran Kagura franchises VNs either. That’s because combat is married pretty naturally with the narrative. So Long, My Love is a bit of an aversion to this. The fighting really serves to break up parts of the story since the narrative is the real focus. 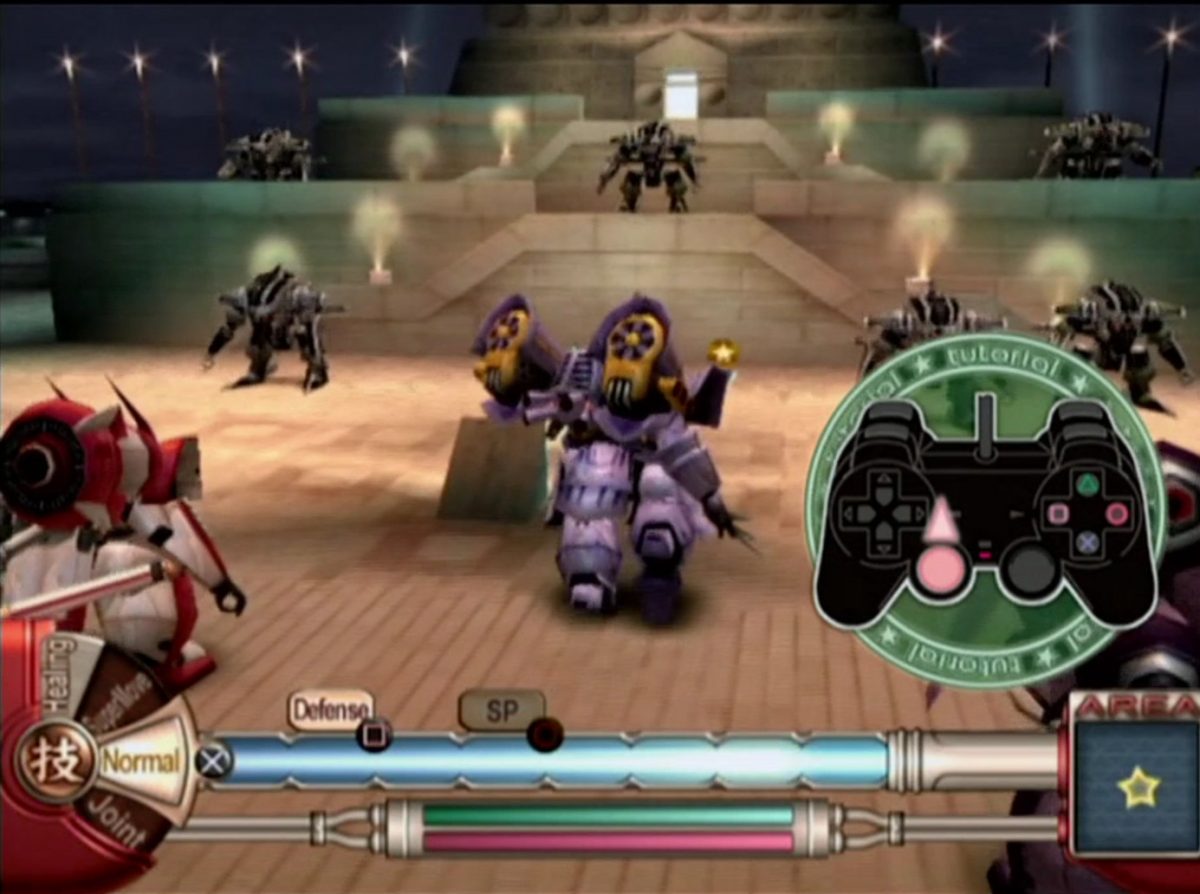 A tutorial for the ARMS system in So Long, My Love. Sure, it’s not as flashy as Super Robot Wars, but this combat system would form the framework of another SEGA classic: Valkyria Chronicles.

In short, combat is turn-based. You’ll move your mech (called a STAR in So Long, My Love) around the field. As you do, your action point bar will decrease. Once it hits zero, you can’t move anymore. However, you don’t just use AP for movement. Everything from regular attacks, healing, and special attacks rely on AP, which makes AP management key though there’s another underlying system as well. How your pilots interact with each other.

Your Bonds Are What Strengthen Your Stats 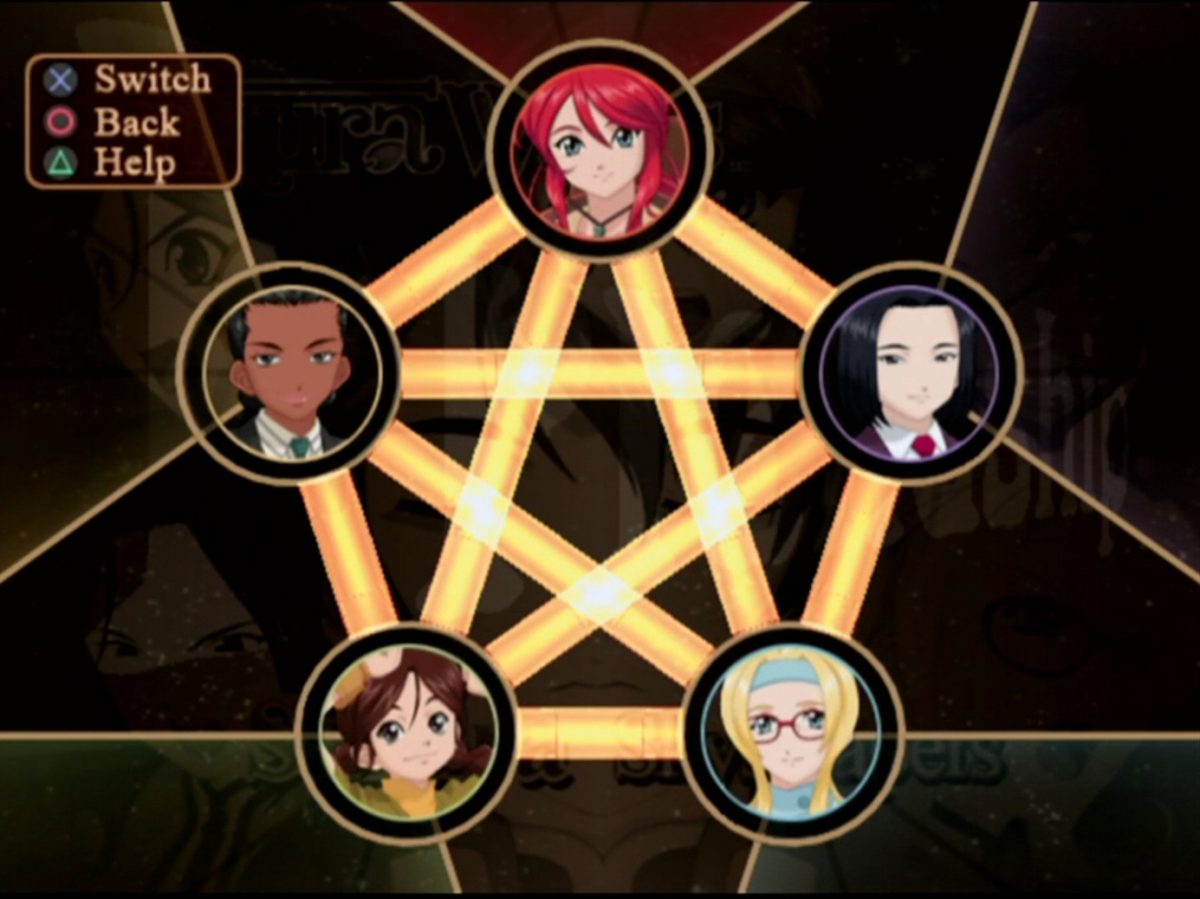 The Friendship screen from my Chapter 8 NG+ save in So Long, My Love. See those interconnecting lines? Those are an indication of how strong each character’s bonds are with the others. As you can imagine, they’re maxed out with Shinjiro as well. Meaning this team can tear through just about anything.

The bonds between Shinjiro and the girls are important, but just as important are how the characters get along with each other. As they back each other up and assist each other, those attacks will get stronger throughout the game. It’s a neat idea that really represents the group fighting as a unit. Shinjiro is essentially in charge of the health and morale of everyone. So, if two girls aren’t getting along, you need to foster that relationship. That is unless you’re doing a challenge run. There are rewards for getting those relationships stronger, though.

In addition to just better stats and a better chance of supporting each other, you can learn coupling attacks with each of the girls. These attacks require their affection with Shinjiro to be high. But, the payoff is often worth it. A good coupling attack can turn the tide of battle. Which again, means more tactical options. So, how did it all work out? Well… personally, the combat in So Long, My Love is the thing I dislike the most about it. 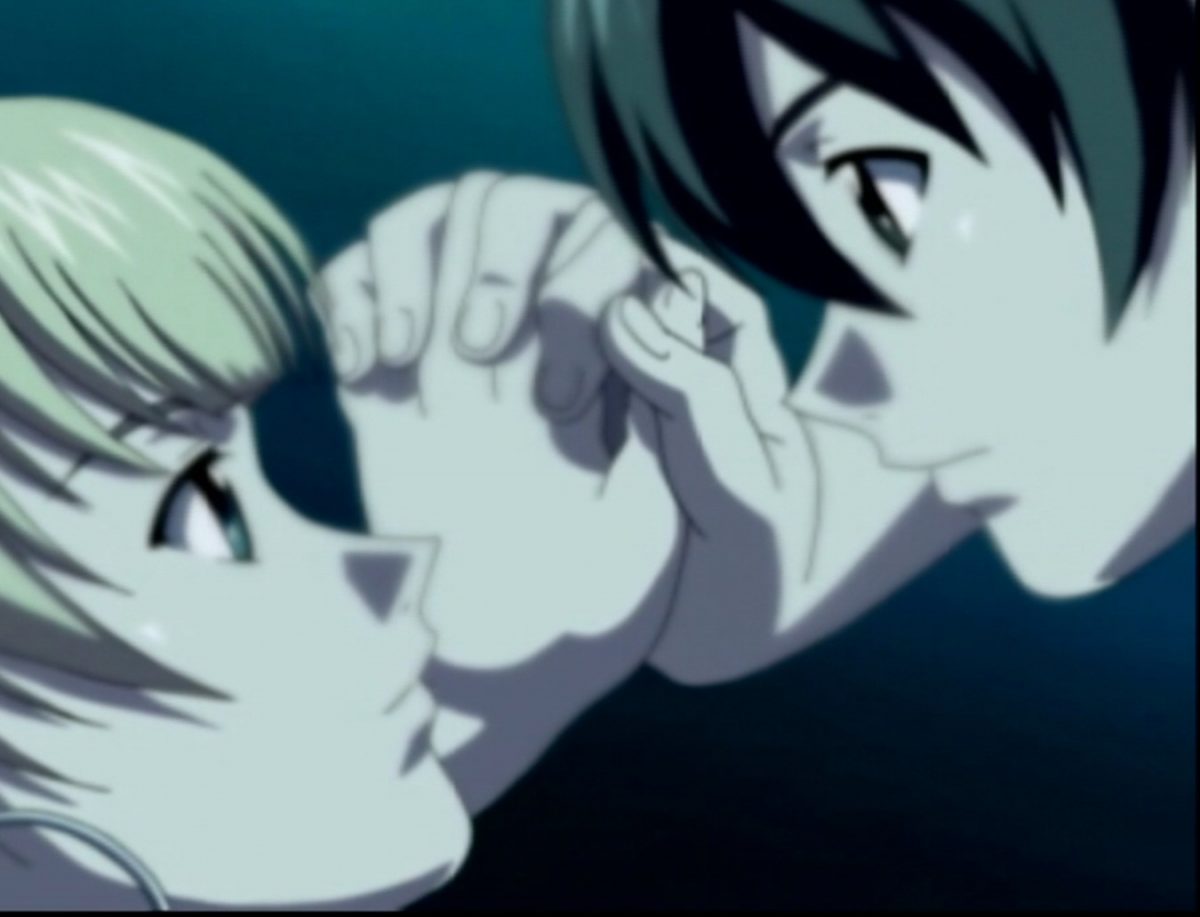 A moment from Ratchet and Shinjiro’s coupling attack in So Long, My Love. How many of you out there even knew she was a secret sixth romance option on a new game+ run?

That may sound weird coming from someone who adores the game. But that’s the thing. I don’t hate it, but I also feel like it slows things down way too much. Some of the later fights can take forever, and Chapter 8 is pretty much nothing but battles. Sure, it’s the climax, but man does it feel draining. It’s honestly the one reason I’ve only played the game a handful of times. And yet, I still love it as a whole each time I do. So, how does (Shin) Sakura Wars deal with this? Let’s delve into that.

No Time to Take Turns; Let’s Hack-and-Slash Our Way to Victory! 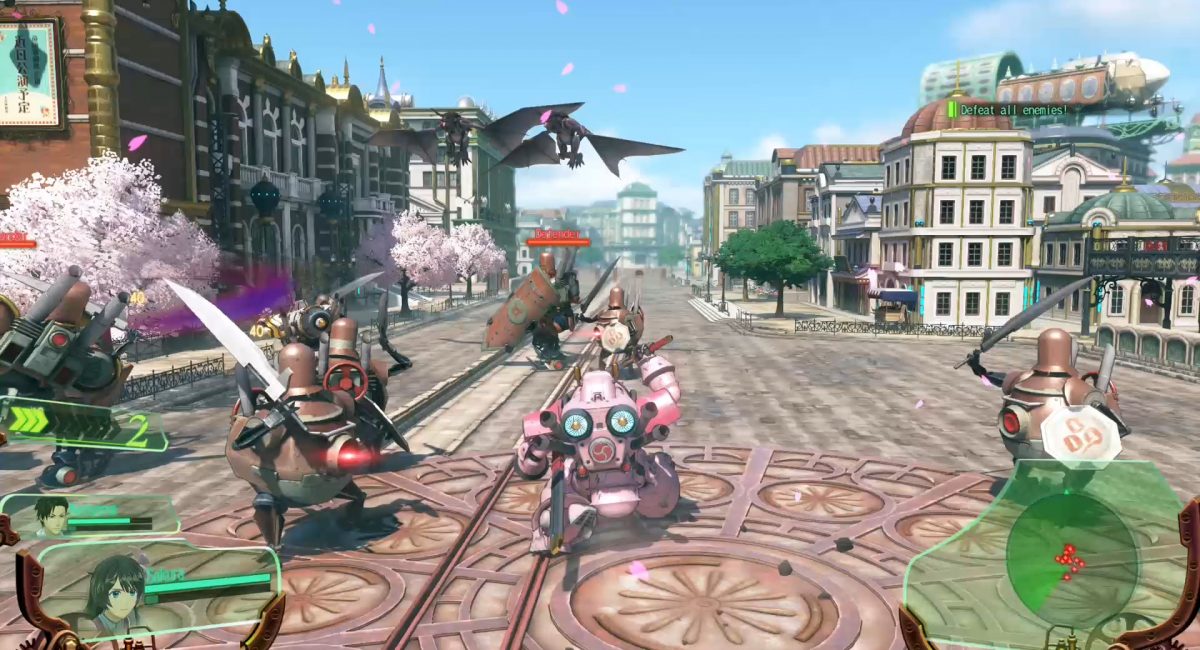 It’s more than a decade later, and the enemies are no longer just going to wait around politely for you to hit them. The question is, does this make the game better?

First off, like the narration style, (Shin) Sakura Wars changes things up by making combat real-time and action-based. This actually works better than you might think. For one, it keeps the player engaged and doing something. Plus, seeing the mechs move around so freely is really nice. If I had to pick a similar style, I’d say it reminds me a bit of Dynasty Warriors in its execution.

Before you get the wrong idea, I don’t mean in the number of enemies. More so, in how good the hack-and-slash controls feel and work. You have your weak attacks and strong attacks. And that’s all I can say there. Sadly, I was only able to play one raid battle, which is another difference here.

Raid battles occur during specific points of the story. They’re basically smaller encounters with enemies rather than the big climactic battle that should make up the end of the chapter. However, I could see these encounters only taking a few moments for a seasoned pro of the game. During your first playthrough, it might take a moment, but it wasn’t all that challenging. As for the other elements? 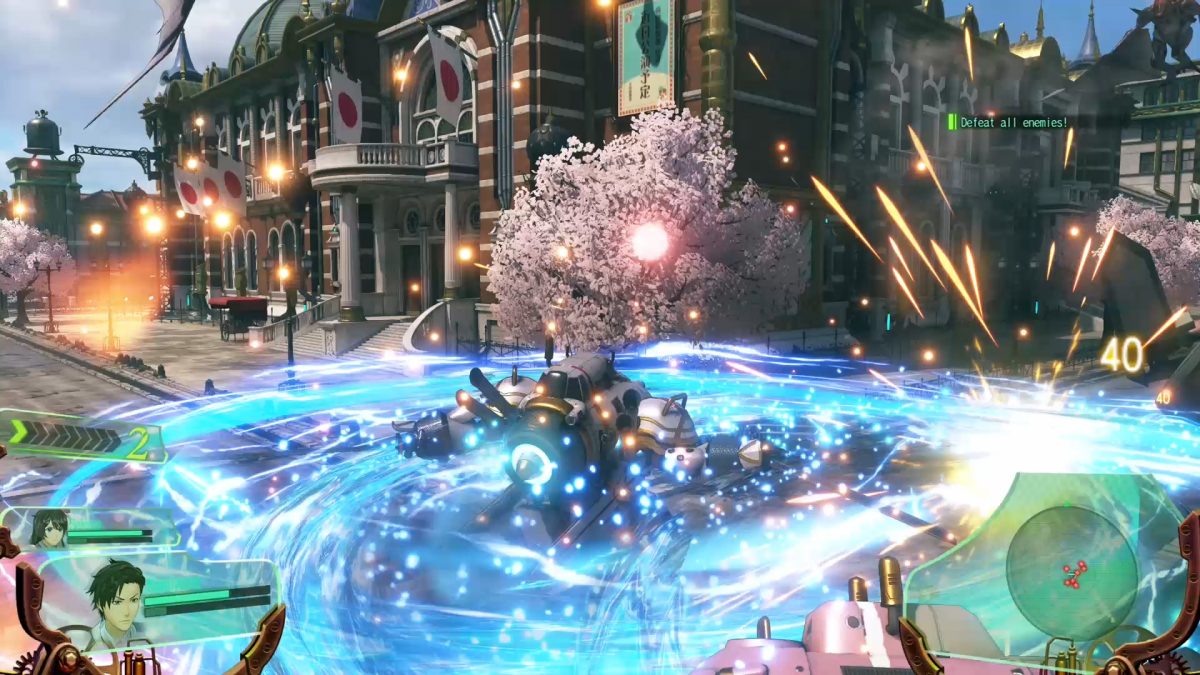 Combat in (Shin) Sakura Wars is very fluid and dynamic. Tearing through enemies feels awesome, plus you can switch between characters on the fly. This does keep the action moving nicely.

Well, you can freely switch between any character on the battlefield, which is good. This does allow you to play as the various girls in case you have a favorite or their attacks are better suited for an enemy. I wasn’t able to test out any special attacks due to the shortness of the fight, but I was told they are in the game. One other thing we can talk about though are aerial enemies.

The game does feature enemies who will require you to jump to attack them. This does take a bit of skill, but it is doable. The main enemy sometimes being the camera here. However, (Shin) Sakura Wars will be getting a day-one patch that will add a lock-on system. This could help manage the camera I feel. Even if it doesn’t, though, I still enjoyed the combat. It was fun and felt pretty fluid. However, I also wonder how much of that was because it was providing me with something to interact with. Which is where I think we may have a problem. 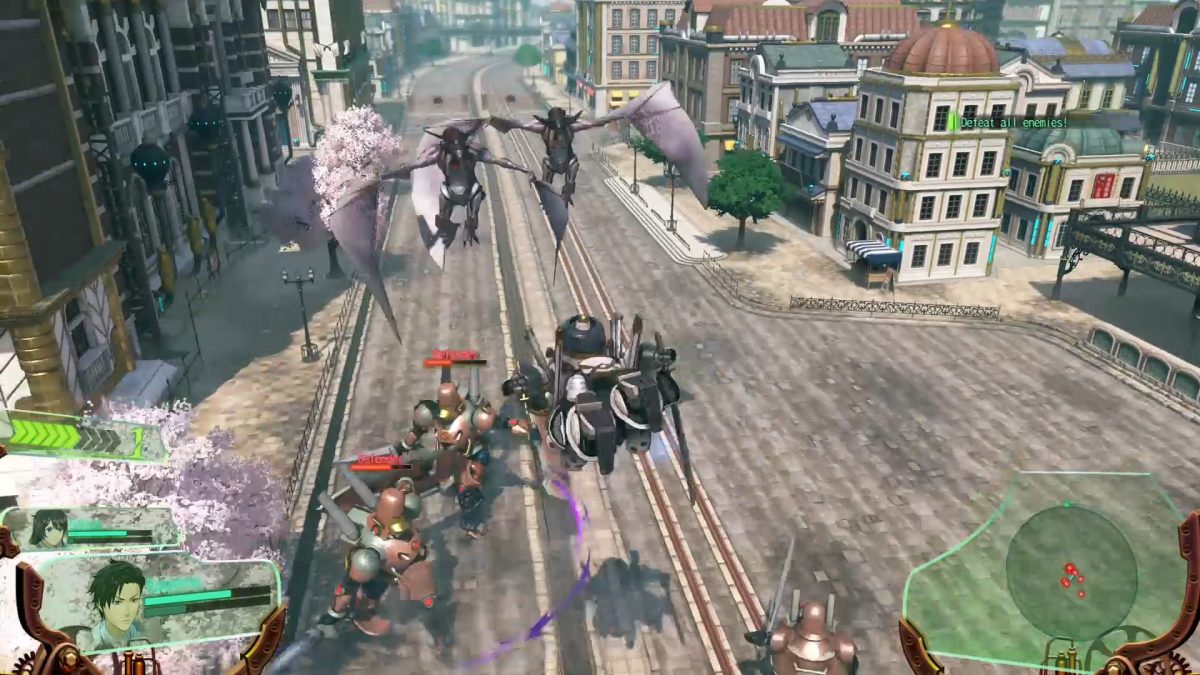 Aerial enemies are probably the trickiest to deal with. However, it’s nothing that some practice won’t solve, I think. As a whole, I really like this shift in combat. As much, as a fan of turn-based strategy that I am, I think this feels good.

Much like how the ARMS system was a distraction in a negative way for So Long, My Love, I think you could consider the combat in (Shin) Sakura Wars a distraction in the positive. Leading to the cinematic segments feeling like they’re getting in the way of the game. And considering those are the most significant portion of the title, that might be a problem. Time will tell, though. However, we still have one final topic to cover. My opinion on the demo itself and whether or not you should keep this game on your radar.

Join us tomorrow, where we’ll put the focus on (Shin) Sakura Wars and give some guidance as to whether or not this is shaping up to be the revival fans have hoped for or a cautionary tale in the making. 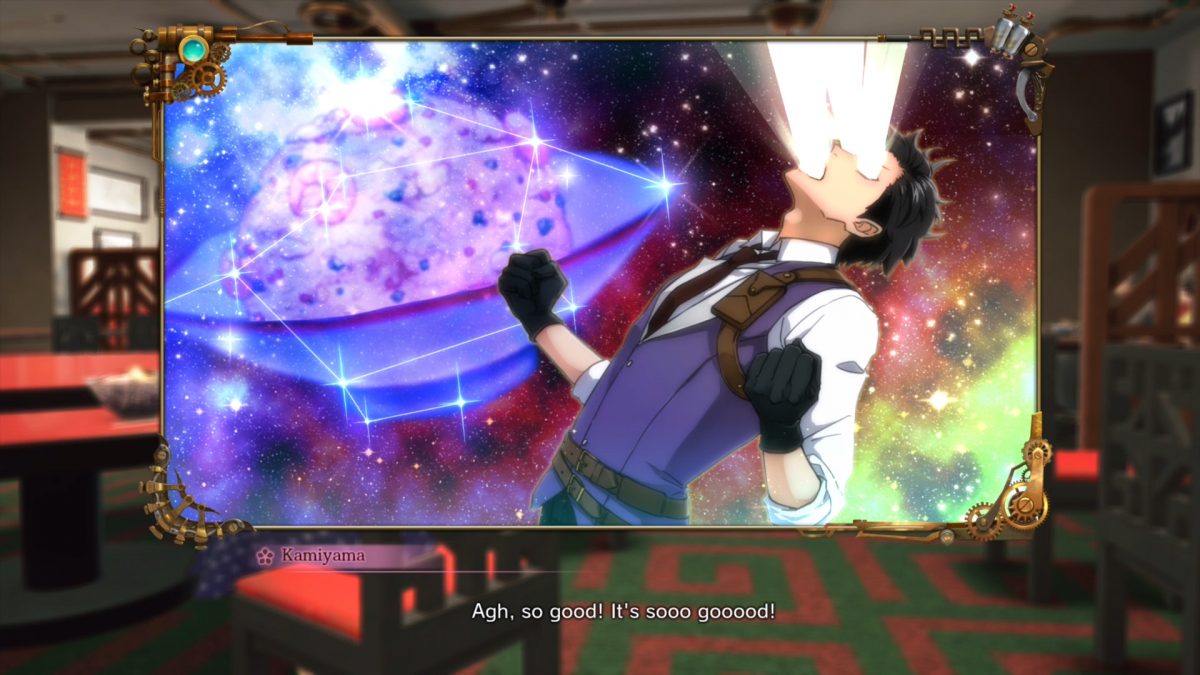 Not that I don’t trust you Kamiyama, but you might be a bit biased being the main character and all. How is this newest entry in the Sakra Wars franchise shaping up to be? Come back tomorrow where I’ll give you my thoughts on the matter!