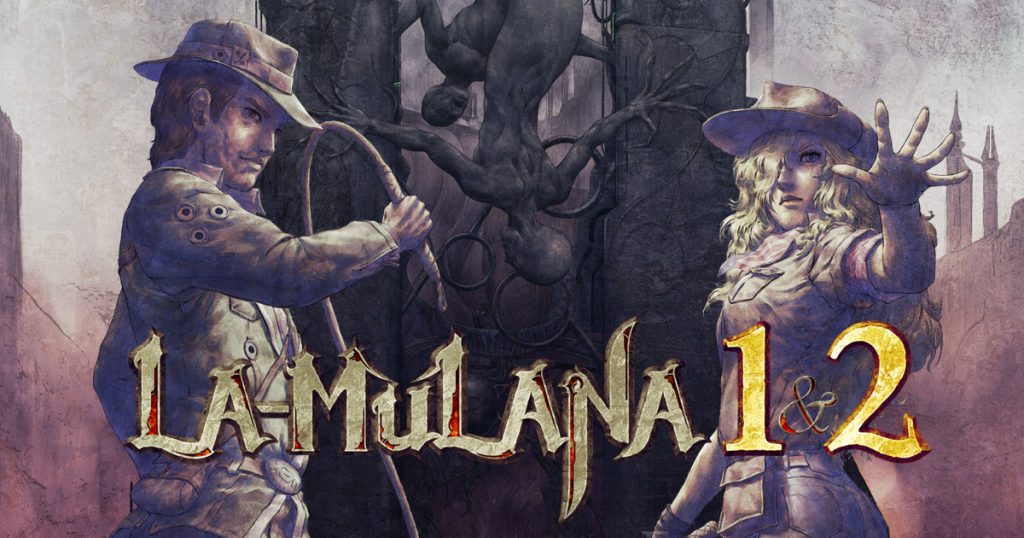 Boy, things sure are a little crazy right now, aren’t they? I’m, um, sure that you’ve noticed that yourself, though (unless you’re reading this way off in the future, I guess). With all of this staying at home and riding things out business going on, there’s not really a whole lot for people to do—unless you’re into video games, that is! Seriously, though. I’m not sure about you, but, for me, now is the perfect time to get comfy, sit back, relax, ignore the coursework piling up from your (suddenly entirely online) classes, and get lost inside of a video game—and, between you and I, La-Mulana 1 & 2 is pretty fun to get lost in. Of course, it’s also kind of frustrating at times, but that’s just part of the charm when it comes to games like these. You know what I mean? Sure, you do!

The Family that Goes Spelunking Together… 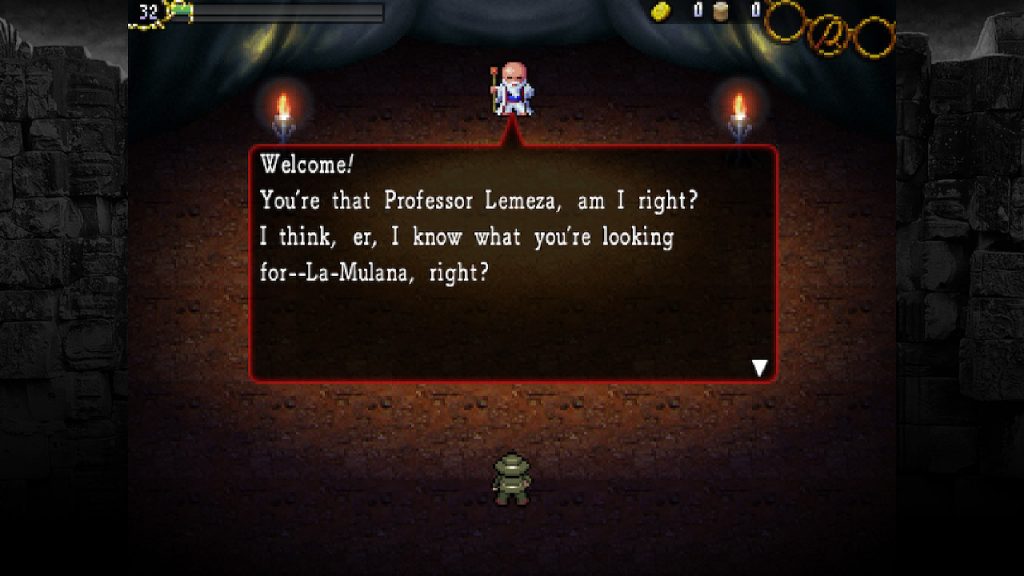 Alright, so, as you’ve probably figured out, La Mulana 1 & 2 are actually two games; La-Mulana 1, and La-Mulana 2. Because of that, explaining things might get a little tricky here and there. I’ll do my best to keep things easy to understand, though, so just stick with me. Both La-Mulana 1 and 2 feature plenty of similarities in their storylines. In the first game, players take control of one whip-wielding, ruin-spelunking, and concerningly fearless archeologist by the name of Lemeza Kosugi. His mission is simple: to explore La-Mulana; a set of mysterious ruins so dangerous that no one who has ventured inside was ever seen or heard from again (either dead or alive). Following its predecessor in more ways than one, La-Mulana 2 puts players into the shoes of  Lumisa Kosugi, Lemeza’s daughter, as she, too, makes her way to the site of La-Mulana to find her missing father. With La-Mulana having previously been explored by her dear old dad, you might think Lumisa’s mission to be easier. However, thanks to the mysterious new ruins Eg-Lana, which have opened up, you’re (possibly quite literally) dead-wrong.

Being a throwback to retro platformers (which I don’t think that I’ve actually mentioned), storytelling isn’t going to be at the forefront of either La-Mulana title. Don’t let that trick you into thinking that these two games aren’t capable of it, however. While you won’t be finding lengthy cutscenes any time soon (or at all), both La-Mulana and La-Mulana 2 do a great job of world-building through a continuous introduction of lore. And, while the lore in itself is honestly fascinating, both games take things a step further by requiring players to seek out said ancient knowledge to solve puzzles, a perfect way to tell a story in games like these, especially considering that both main characters are archaeologists. 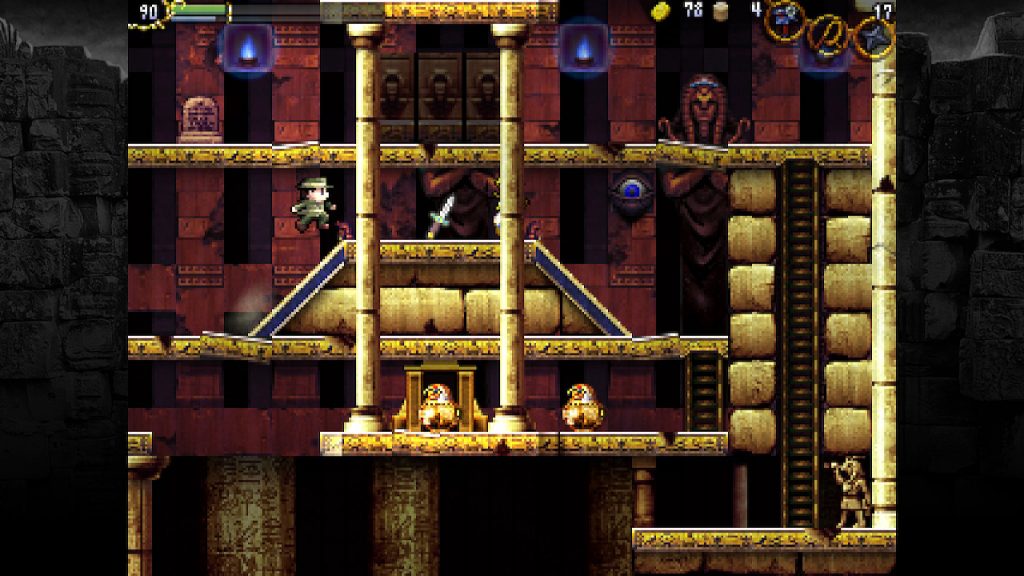 I’m not sure why someone would have hidden a knife behind a deadly puzzle, but it’s mine now!

If you asked me what you do in either La-Mulana game, my first response would be “die a lot.” And that’s very true. But it doesn’t exactly describe what kind of games La Mulana 1 & 2 are. At their cores, both titles are puzzle-heavy action-platformers, although there are some differences between both games. Of the two, the first La Mulana feels much more like a Metroidvania, with the player essentially being able to go wherever they please, so long as they possess the correct items. As with most Metroidvanias, La Mulana 1 definitely a specific path that players who are interested in a less punishing difficulty curve should follow (although almost everything about this series is inherently punishing). La Mulana 2, while not entirely abandoning Metroidvania mechanics, is decidedly more direct with where it wants its players to go. While there is undoubtedly plenty of going back and forth between areas on the player’s part, it doesn’t immediately open up everything right away and laugh as the player struggles to figure out how everything fits together.

Speaking of struggles, let’s take a look at the actual platforming segments because boy howdy do things get tough quickly. The entirety of the La-Mulana franchise is created to look and feel retro. The platforming is almost assuredly where you’ll feel that the most because Nigoro decided that it would be a good idea to take inspiration from the original Castlevania on this part. Simply put—you’re committed to where you’re jumping. Now, fortunately, it’s not quite as bad as Castlevania was; players can control where they land somewhat on their way back down, making longer jumps fairly manageable—something which is improved upon even more in La-Mulana 2. Still, those oh-so-plentiful short hops over the game’s many tricky traps can prove very difficult indeed. Oh, also, the aerial knockback is pretty ridiculous; watch out for those bats flying around everywhere! 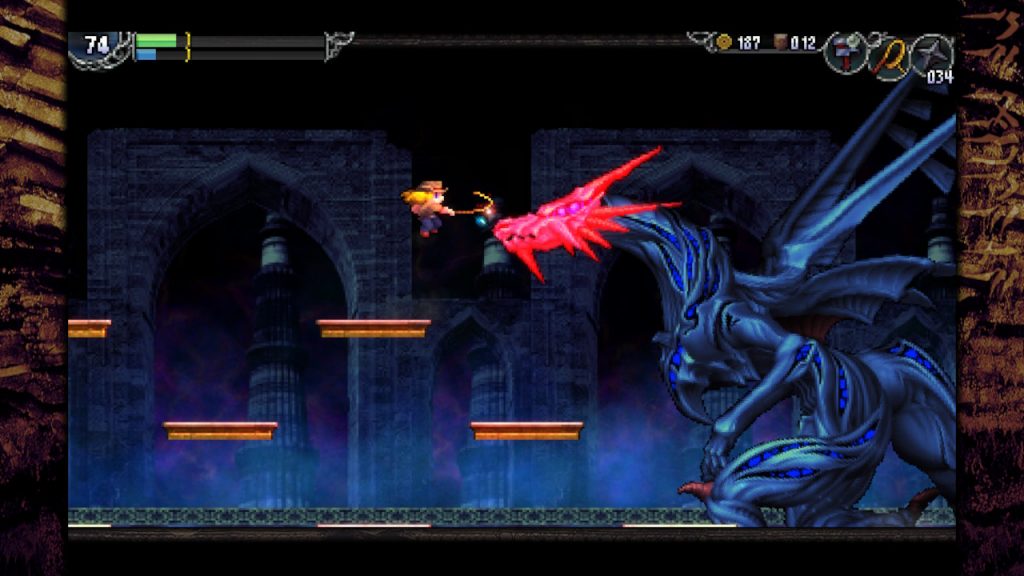 Coupled with the plentiful fighting that you’ll be doing in both games is an abundance of monster-destroying action. Like most games of the era that it was mimicking, La-Mulana 1 & 2 both feature fairly straightforward combat that initially opens up over time. Although players will only initially have a whip at their disposal, throughout the investigation within La-Mulana and Eg-Lana—as well as trips to the many stores scattered about both games—will slowly reveal an arsenal of primary and sub-weapons, ranging from shuriken and caltrops to knives and upgraded whips. Of course, this doesn’t exactly make combat easy, especially dealing with the game’s plentiful and challenging boss fights, but anything helps, right? 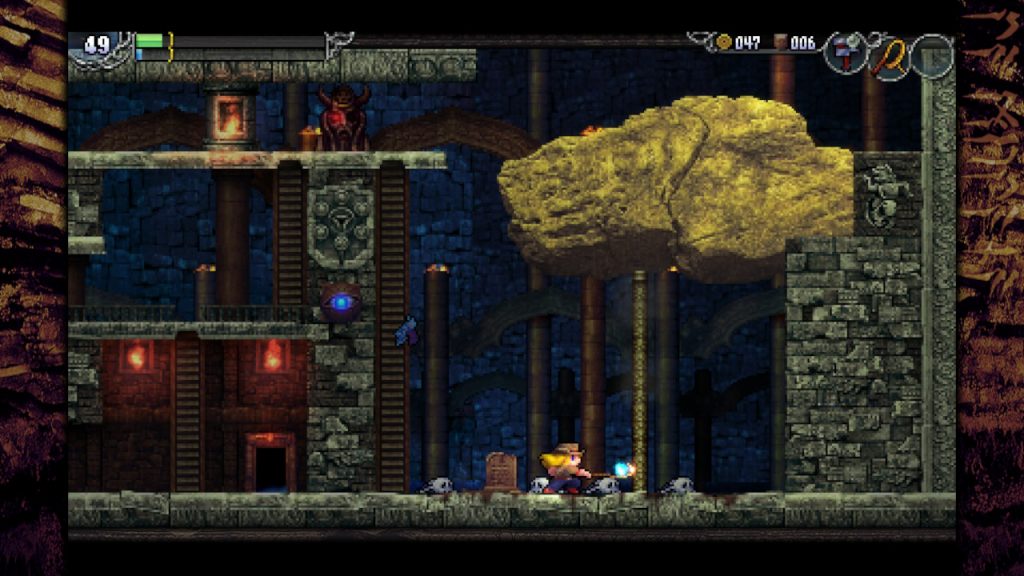 I think this is how you solve this… right?

The plentiful platforming involved in La-Mulana 1 & 2 is praiseworthy, and all, but where these games really shine is with their puzzles. It’s no exaggeration to say that this 2-pack features some of the most engaging puzzles that I’ve seen in any game in quite some time. As I’ve already mentioned, most of these puzzles have to do with the game’s lore. Players will find stone tablets, relics, and, on occasion, even friendly denizens scattered about, all of which the player can glean information from. At first, a lot of the information might just seem like filler, and occasionally it is, but it doesn’t take long to realize that what you’ve been reading about relates to the puzzles blocking your path. Most of the time, this kind of immersion is honestly really neat; La-Mulana 1 & 2 both generally do a good job of making sure that the player has access to the information that they need, and, while the original La Mulana was too ambiguous for its own good at times, those problems were largely taken care of in La-Mulana 2.

(Insert Witty “It Belongs in a Museum Joke” Here)

Much like the father-daughter duo that comprise its protagonists, La-Mulana 1 & 2 are clever, tough-as-nails, and don’t hold anything back. There is absolutely no denying that these games are difficult, and those who don’t take a cautious approach and mind a bit of trial-and-error might easily find themselves flustered. However, for those of you who are currently stuck at home and wanting a bit of excitement in your lives, La-Mulana and Eg-Lana await your arrival.

Full disclosure: This review is based on a Nintendo Switch review copy of La-Mulana 1 & 2 given to HeyPoorPlayer by the publisher 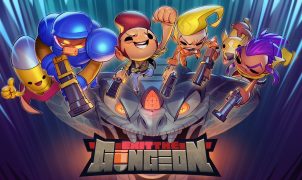