Every series has its own methodology for crafting its experiences. So, what exactly is the Sakura Wars method, and how does this newest title tweak the formula?

Hey, Poor Players! And welcome back to our continuing coverage of Sakura Wars for the PlayStation 4! Yesterday we touched upon what the Sakura Wars franchise means to many, such as myself. Today we’re going to dive into what makes the franchise tick. Or, in other words, what gives Sakura Wars its identity.

You see, every game has’ its own identity. Sure, many games share the same base elements. But how you utilize them is what creates that identity. This principle extends even to games in the same franchise. Some series like Neptunia can vary widely in their gameplay elements per game. Others like the Mega Man X games are very similar but different enough that someone who’s played the game wouldn’t mistake one title for another. The same holds true for Sakura Wars. 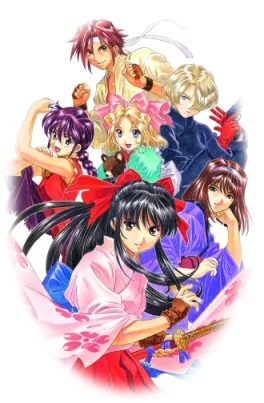 The cast of the first Sakura Wars game. Which released all the way back in 1996.

As a franchise that’s been around since 1996, it’s impossible for it not to evolve in some way. That said, there also are elements that have been continuous since its creation. That’s what today’s article is all about. What are these elements and what exactly is the Sakura Wars methodology for game design? Before we delve into things, let me set some guidelines here.

Since I’ve never been able to play Sakura Wars 1-4, I’ll be basing a lot of my knowledge off of Sakura Wars: So Long, My Love. However, some elements (namely thematical ones) are universal in the franchise.  Just be aware, my experience on the gameplay side of things comes from So Long, My Love. In addition, I want to set define some terminology.

To keep things clear, I’ll be using the following terms to define various aspects of the franchise:

Those disclaimers out of the way, let ‘s begin with the narrative elements.

A World of Steam, Demons, and Brave Beauties 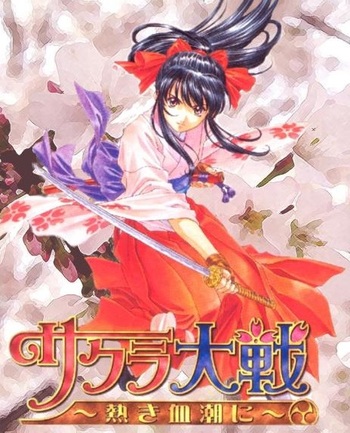 The cover art for Sakura Wars 1

The Sakura Wars franchise shares a common thread when it comes to its world. All the games take place in a universe where instead of World War I occurring, an event known as the” Demon War” happened instead. With the titular creatures assaulting humanity. While the crisis was dealt with, the world knew it had to prepare. Thus, the world proceeded down the path of steam-powered technology and weapons. And Japan would lead the way.

Japan is Japan however, and technology tends to be mixed with spirituality to some degree. And in this case, that gave rise to the Kohbu. A steam-powered combat mech that would serve as the frontline defense against the demons. However, not just anyone can utilize it since it requires spiritual energy as well—something more commonly found in young maidens. Well, except for the one guy who serves as the main character in each game, but back to them in a bit. What’ ss important here is the setup. Young women would be recruited and trained to be mech pilots to defend humanity. But where would said training take place? An opera house, of course! 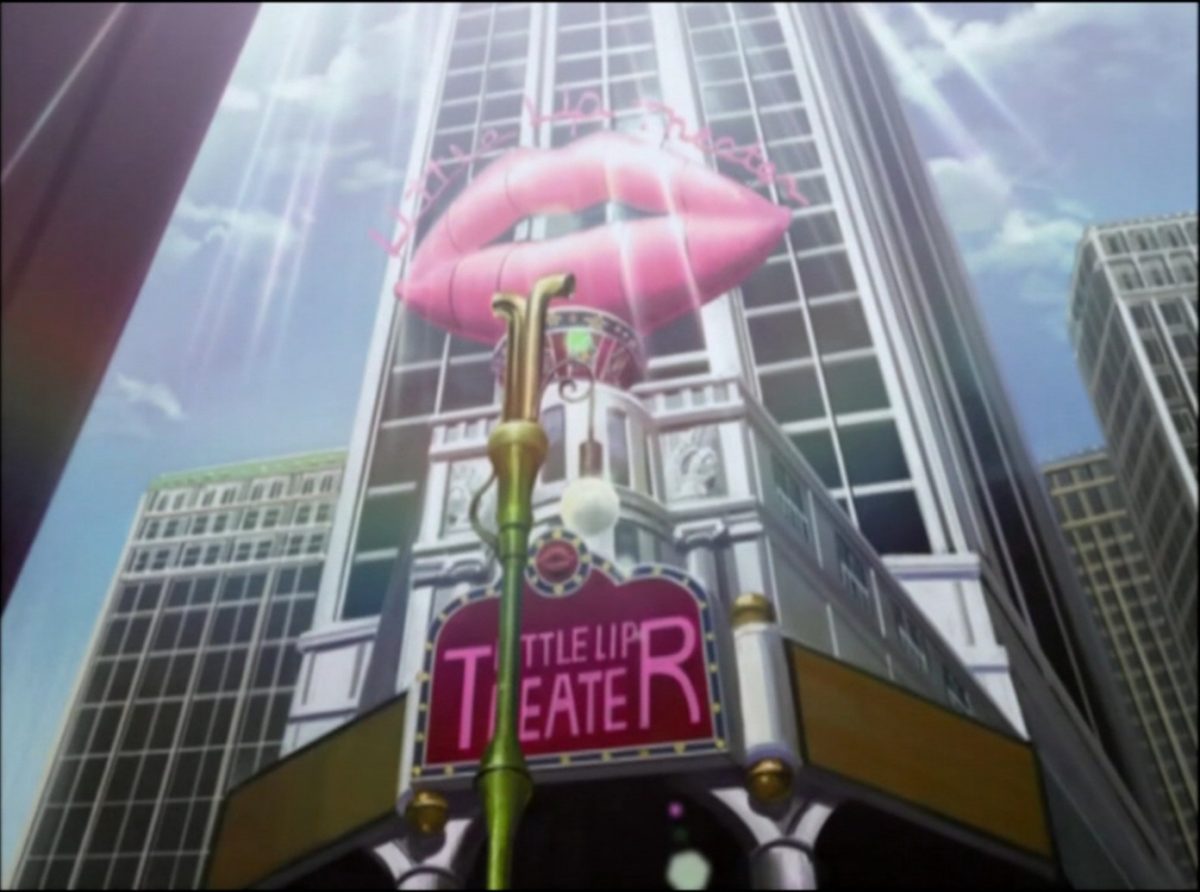 In the case of So Long, My Love, the crew was headquartered in the Little Lip Theater. Which, had quite the interesting way of deploying its mechs onto the battlefield.

While this seems silly, there is actually a reason in-plot for this. It a spoiler, so I won’t explain it here. However, on the practical side of this, there are some good reasons. First, it allows the group to live among the people and respond quickly to attacks that could come from anywhere. Secondly, it allows the group to raise funding via stage plays. Third, it teaches them to work together and stand united. Which, is doubly important because Sakura Wars does something interesting when it comes to its cast. Most of the cast isn’t Japanese. Instead, it ‘s a band of multicultural badasses who come together to defend humanity. And Japan is not the only place this occurs in.

Well, since we’re back in Japan, this newest group of warriors is also known as the Flower Division, with many online communities dubbing them the” “New Imperial Combat Revue” Primarily due to Sakura Wars being called Shin Sakura Wars in Japan, as I mentioned. The “Shi” being able to be translated as “ne.” This new group does follow in the footsteps of the original cast. They are from different walks of life, different cultures (though with four of the six characters being Japanese natives), and there ‘s still that one guy who serves as the main character, which is probably a good a point as any to delve into why that is. Namely, romance! 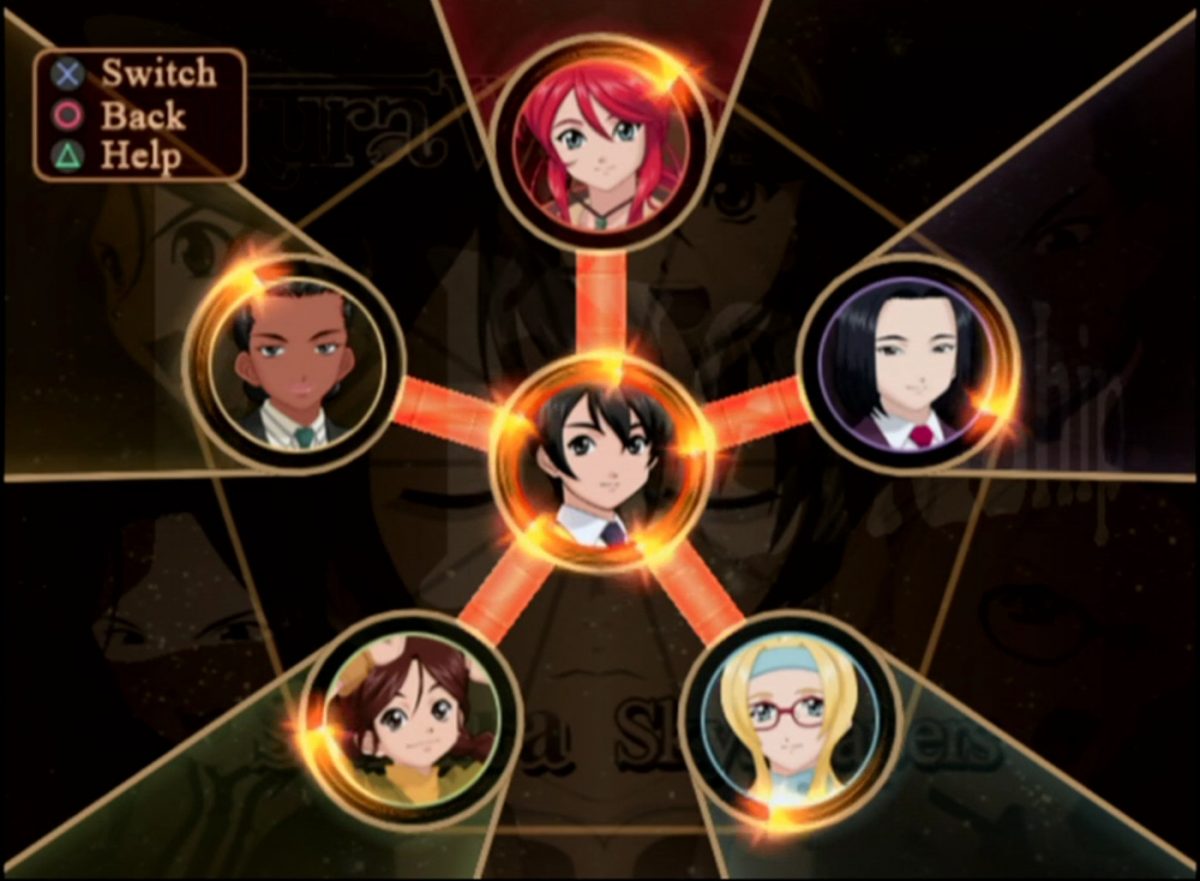 Unlike many other RPGs, So Long, My Love relied on the bonds built between characters rather than leveling up. This here is my own file from Chapter 8 with pretty much everyone maxed out.

Sakura Wars is unique in that it was one of the earliest examples I can think of to try and blend a dating sim with gameplay. Unlike a romance-based visual novel where the goal is to just court a particular girl, Sakura Wars makes this affect gameplay. The better your relationship, the stronger the character’s stats in combat. This is why we have a male character continuously be the commander of each revue. Be it Ichiro Ogami (Sakura Wars 1-4), Shinjiro Taiga (So Long, My Love) or newcomer Seijuro Kamiyama (Shin). But, how do you blend all this together? Well, let ‘ss look at how it’s handled in So Long, My Love as an example.

So Long, My Love is broken down into eight chapters. Each chapter follows a very similar structure (save the last chapter, but that’s the climax). The chapter will focus on one of the girls and heavily develop their character— Both with the rest of the cast and, of course, with the male protagonist. This plays out much like a couple of anime episodes in a mini-arc. Except So Long, My Love uses a visual novel style of storytelling while (Shin) Sakura Wars uses a more cinematic style. We’ll get into the differences there later this week, but for now, just keep this in mind. Throughout either game, though, your choices will raise or lower your affection with the various girls. This will continue until near the end of the chapter. 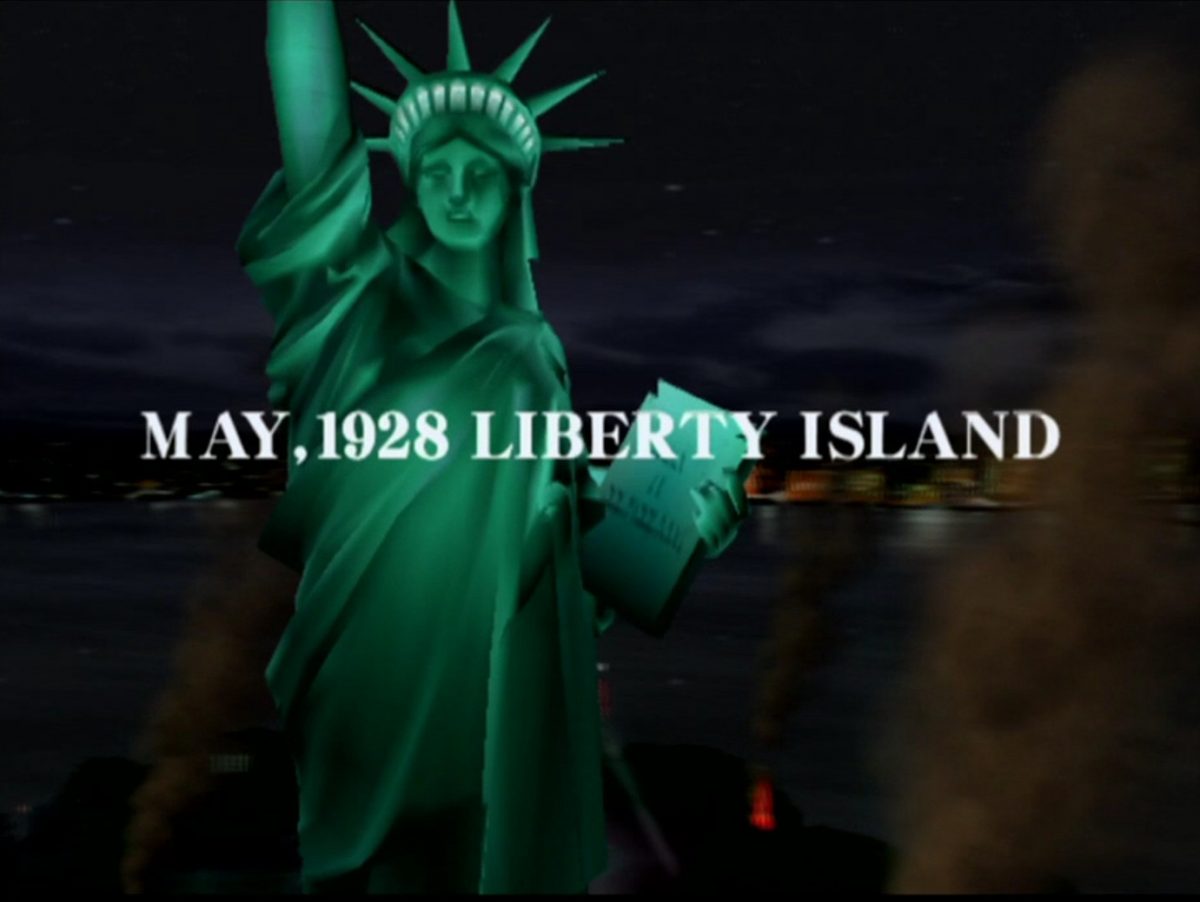 Each chapter in So Long, My Love concludes with a battle. Chapter1′ ss is the Battle of Liberty Island. Suffice to say, our heroes aren’t too happy with the enemy going after Lady Liberty.

Once the enemy has revealed themselves, everyone will jump into their mechs and sortie to fight the demons. Again, this is where there’s a bit of a divergence. And again, we will touch on this later since it’s a rather in-depth topic to cover. However, combat again diverges between the two games. So Long, My Love is turn-based and would serve as inspiration for Valkyria Chronicles’ battle system. Particularly in how movement works. (Shin) Sakura Wars meanwhile opts for real-time combat. With the added element of mid-chapter battles called raids occurring. However, the result is still the same. Defeat the chapter boss, protect the city, and move onto the next chapter. So, why does this work? Really, it goes back to those visual novel sections.

So Long, My Love is dense with text, but it ‘s a joy to read. The level of character interaction and development is something not seen outside of PC visual novels for its time. And remember, these are console titles. SEGA (and by extension NIS America in 2010) took a huge risk in publishing these titles. Though, at least in the case of (Shin) Sakura Wars, console VNs are more of a norm. That was n’t the case in 2010, however. But, Sakura Wars also offers several points of interaction during these moments through something called LIPS.

What exactly is LIPS, and how does (Shin) Sakura Wars utilize it? Well, come back tomorrow where we’ll delve into both that and how the storytelling is fundamentally different when delve into the narrative mechanics of Sakura Wars.

See you then, Poor Players! 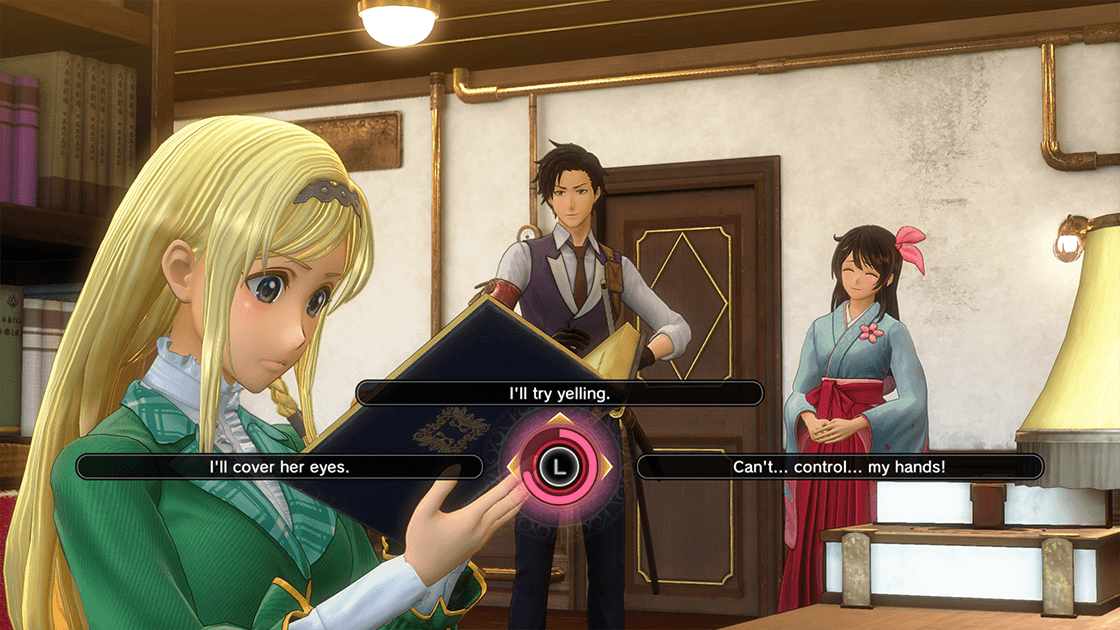 Tomorrow we’ll delve into what exactly LIPS does and what it stands for. HINT: The S stands for System. Hence why I’m not using that word.
Tagged jrpgplaystationPS4Sakura TaisenSakura Wairssega
Share it! Twitter Facebook Google + Pinterest Linkedin 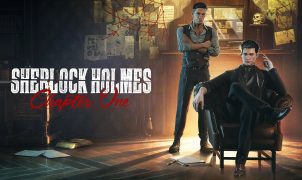