Pre-Orders For The Shadowgate Remake Physical Edition Open This Week

Better set your alarms if you want to get your hands on the Shadowgate Classic Edition. 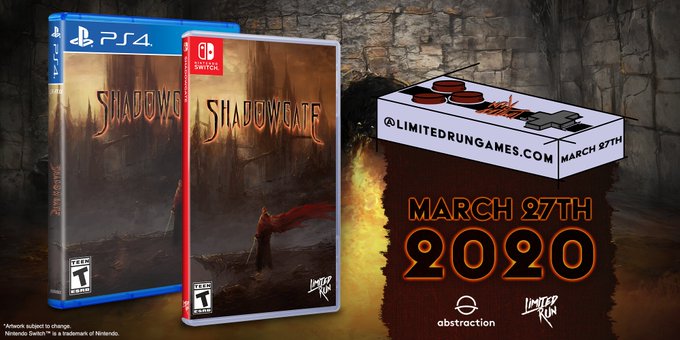 Limited Run Games has been on fire lately when it comes to cranking out re-releases of beloved point-and-click adventure games. Last month, the company opened pre-orders for a reprint of Lucasfilm’s pioneering pirate-themed point-and-click adventure The Secret of Monkey Island. And just days ago, they announced a partnership with Nightdive Studios to produce a physical edition of the upcoming Blade Runner: Enhanced Edition.

Well, Limited Run Games’ serious case of itchy clicker finger shows no signs of stopping, as they have announced plans to put out a physical edition of Zojoi’s 2014 25th anniversary version of Shadowgate for the Switch and PS4.

As has become standard practice for LRG, two versions of Shadowgate will be available; a standard edition (pictured above), which will be available to pre-order for four weeks starting this Friday, March 27 at 10 am.

In addition to the standard edition, a limited $54.99 Classic Edition of the game will also be available in two batches opening at 10 am and 6 pm, respectively.

The Shadowgate Classic Edition includes several cool bonus items such as an NES-style dust sleeve to go over the outer box, an NES style box with striking remastered artwork featuring the game’s signature gargoyle, an art print, and the game’s soundtrack.

Check it out in the glam shot below: 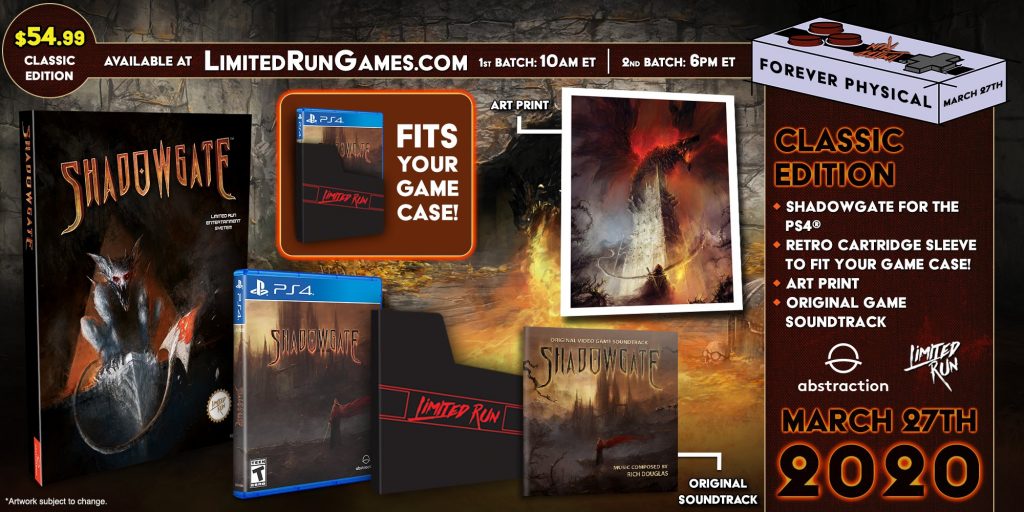 For more on the game, you can hop into the Wayback Machine and find our review of the original PC release here along with our interview with series creator and Zojoi CEO Dave Marsh.

Will you be getting your grubby mitts on this lovingly-crafted remake of ICOM Simulations’ cult classic MacVenture title? I know I will. Be sure to let us know in the comments section.