Square Enix Manga & Books Imprints will be releasing a pair of books focused on Final Fantasy VII this Fall.

Final Fantasy VII Poster Collection‘s release will follow on November 17. It will feature 22 full-color, premium quality removable posters featuring the world and characters of Final Fantasy VII and Remake as well as its offshoots, including Final Fantasy VII: Advent Children, Crisis Core, and Dirge of Cerberus.

Both books are available to pre-order through major book retailers now for $24.99 each.

If you’re eager to get your hands on this retelling of Square’s genre-defining RPG, you won’t have to wait much longer. Final Fantasy VII Remake will be releasing on April 10 exclusively for the PlayStation 4.

In case you missed it, you can check out the game’s opening trailer below:

So, will you be adding either of these to your bookshelf when they release later this year? For that matter, are you eager to dive into Final Fantasy VII Remake when it launches next month? Let us know in the comments section. 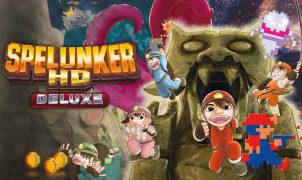