Russian developer Enplex Games has released a new developer diary for their alien sci-fi MMO Population Zero ahead of its Early Access debut.

The video, which features commentary by the game’s Creative Producer Denis Pozdnyakov and Level Designer Polina Zubareva, highlights its exploration mechanics as the player explores the strange landscape of the planet Kepler. Enplex describes the game’s exploration component as equal parts  “a storytelling tool, a fun leisure activity, and a crucial means of character development.”

Be sure to check out the game’s latest developer diary below:

Population Zero will launch on Steam Early Access on May 5th. Those interested in getting an early taste of the game’s blend of survival, exploration, and MMO gameplay can purchase a Founder’s Pack from the game’s official site.

Do you plan on exploring the vast alien wilds of Kepler when the game hits Early Access? Let us know in the comments section. 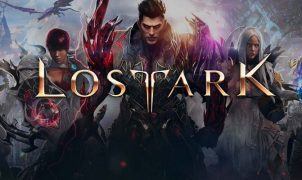 Bullet Soul sounds like an emo band I knew in high school.   Oh Bullet Soul, oh how I wanted to enjoy you more than I did. Bullet Soul…