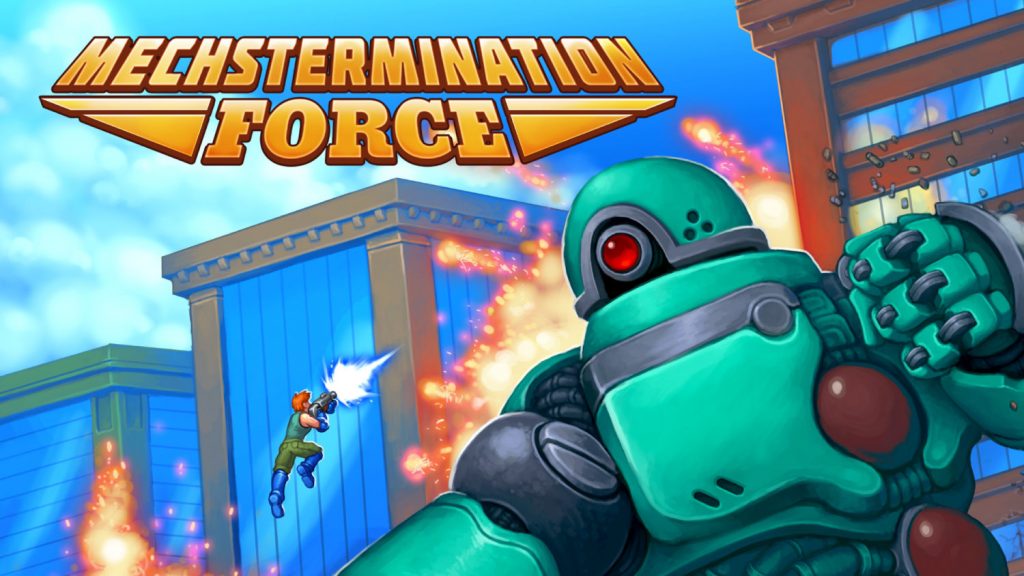 Limited to just 4,000 copies, pre-orders for the game will open exclusively at Super Rare Games’ online storefront on March 26 at 6 pm GM and will retail for £29.99. It will include a 20-page full-color manual, interior case artwork, exclusive sticker, and three randomly selected trading cards from a five-card set.

Developed by Hörberg Productions, the creator of the Gunman Clive series, Mechstermination Force is a side-scrolling boss rush shooter where players control soldiers to defeat the evil MegaMechs that have taken over the earth.  Equipped with a pair of magnetic gloves, your intrepid grunts must scale massive mechanical monstrosities to destroy their cores with their trusty baseball bats, either alone or with a comrade in the game’s co-op mode.

For more on the game, check out our full Mechstermination Force review.

Will you be adding this limited physical edition of the game to your Switch collection? Be sure to let us know in the comments section.