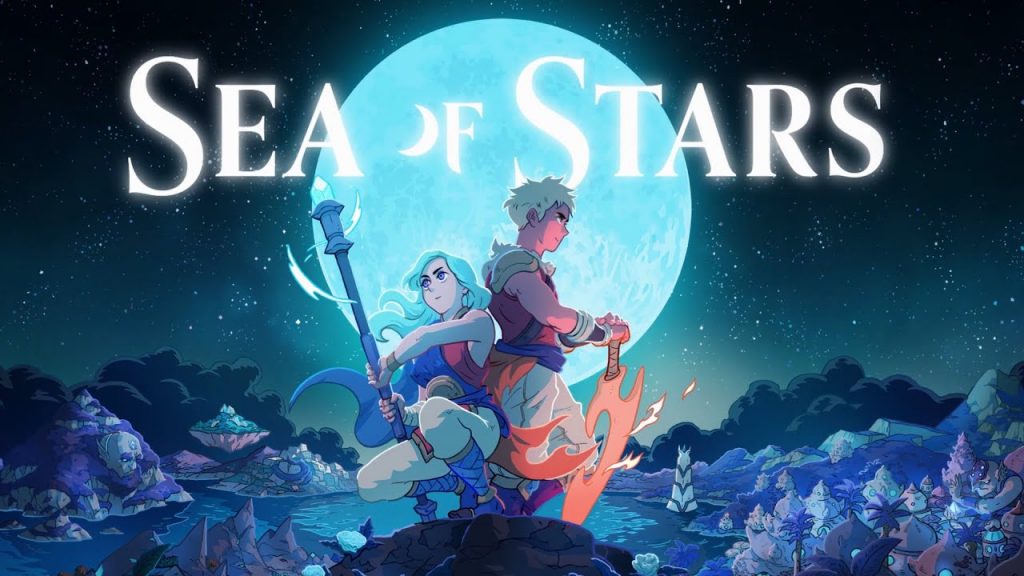 Earlier today, indie developer Sabotage Studio launched their Kickstarter campaign for Sea of Stars, a gorgeous, retro-inspired RPG for consoles and PC. Now, less than seven hours after the crowdfunding campaign began, the game has reached 100% of its funding goal of $90,760.

Overwhelmed by the support the game received in such a short time, the developers posted an update to backers after the game was funded, saying:

“What’s the most cliché’d way to start this? By saying wow? Because, wow!

We were confident about the target, and had a whole lot of cool things planned to keep the momentum going over the next two weeks. Yet here we are, completely unprepared, and caught off guard by an overwhelmingly positive response! Thank you so much for your support, it certainly warms our hearts in these trying times.

As we realize that crying and laughing at the same time can be sustained for *checks clock* 6 hours straight, we find ourselves having to reveal stretch goals way ahead of schedule. We had a lot of pretty cool ideas: getting a Legendary JRPG Composer to contribute a couple of tracks, adding fully animated 2D cinematic cutscenes to the game for especially special story beats, a free DLC, even shooting a behind the scenes documentary over the next two years as we go through this dream of a production!” 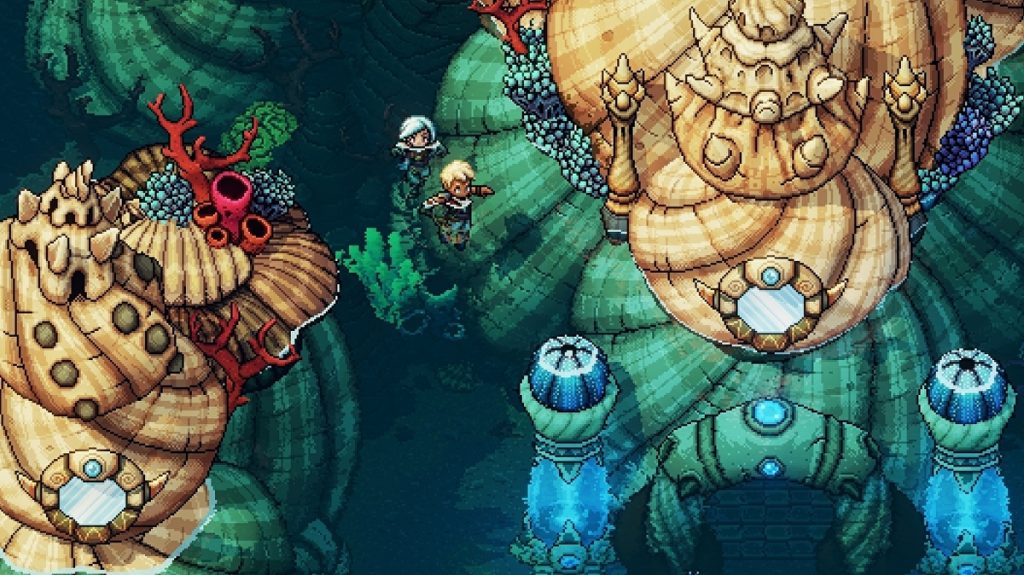 Sabotage Studio’s mastery of pixel art is clear in these early screens from Sea of Stars.

Now the developer is hoping to reach stretch goals, the first of which is a Single Player + mode, which will allow a second player drop in and out at will, and control their own character in combat. Sabotage also hopes to add additional optional puzzles meant for cooperative play, eventually unlocking the “Halls of Cooperation”, a short bonus dungeon.

Set in the same universe as Sabotage’s 2018 ninja side-scroller The Messenger (read our review here), Sea of Stars is a turn-based role-playing game inspired by classics from the 16-bit era. The game’s story follows the Children of Solstice, Valere and Zale, who’ve sworn an oath to combat the forces of an alchemist known as The Flashmancer with their Sun and Moon powers which, when combined, allow them to perform Eclipse Magic.

The game will feature turn-based combat that revolves around canceling out your enemy’s moves with pre-emptive attacks and will feature six playable protagonists who bring their own unique abilities to the battlefield.

Check out the game’s announcement trailer below.

Sabotage Studio aims to release Sea of Stars in March of 2022. To support Sea of Stars, you can visit the game’s Kickstarter page here.

So, what do you think of the look of the game? Were you one of the faithful supporters that helped fund the project so quickly? Let us know in the comments below.