Does it get any better? Maybe. 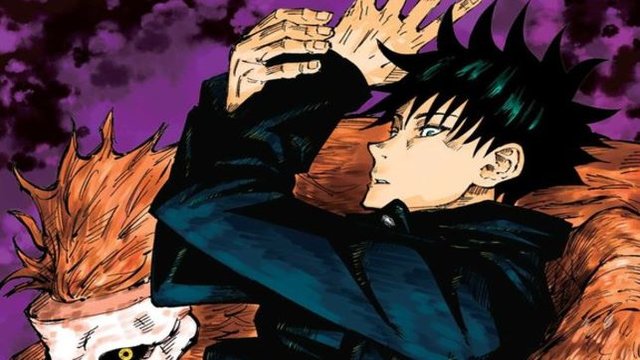 As you may remember, I was left thoroughly unimpressed with Gege Akutami’s debut battle manga in Jujutsu Kaisen — a congregation of sentient demonic curses and Jujutsu sorcerers that, despite its humbling message, was smothered under every trite development in the Weekly Shonen Jump bible. Between the confusing battle lore, the head-scratching enemy allegiances, and the persistent absence of any attachment towards our whitebread protagonist, Volume 2’s marginal improvements should fail to impress. And yet, as muddled as Akutami’s goals and plot direction may be, I know this much: I’m kinda having fun. Do I care about our lead in in Yuji Itadori? No, but at least we have him bouncing off his eccentric teacher in Satoru Gojo. I’m not sure why a talking panda’s among the Jujutsu students, but I already want to see more of him. We do not know, exactly, why demonic villains from different congregations are striking deals, but boy, is that volcano monster one tenacious bastard or what?

This is not to claim Jujutsu Kaisen‘s entirely without cerebral entertainment; as we discussed last time, the series’ dedication to championing charitable moralities was its one saving grace, be it the personal stakes in adopting an altruistic dedication of “helping people” or the ethics of saving those steeped in corruption and crime. It’s a dilemma that young prodigy Megumi Fushigoro’s forced to confront as Sukuna, having possessed Itadori’s body, pummels him to near-death — as opposed to Kugisaki’s clumsy flashback last time, his recollection here gets into the “why” he saved Itadori during their first meeting. Facing that situation again with no chance of winning, his last-ditch effort doesn’t necessarily “save” Itadori by preserving his life, instead opting to rescue his new friend from serving as a demonic vessel. It’s a bittersweet approach that we certainly know won’t end the story, but it’s certainly emblematic of the humanity Akutami wishes to imbue into his series.

Satoru Gojo is also a standout, and I’d hardly be surprised if he remains the series’ breakout character. He’s the one player whose motivations aren’t obscured nor hastily rushed out; nay, he’s sick of the corrupt Jujutsu leadership exploiting young sorcerers for their own purposes, and he’ll do whatever it takes to bring them down. Sadly for him, murder’s not an option, so he’s forced to cultivate up-and-coming sorcerers to uproot their schemes. A veritable wild card, Itadori’s teacher is our sole dependable lens through how the world of Jujutsu Kaisen operates, riling up friend and foe alike through expository lessons and horror movie training arcs. (No, really — he forces Itadori to calmly sit through an avalanche of slasher flicks, lest he get bopped by a Cursed Energy-sensitive bear.) 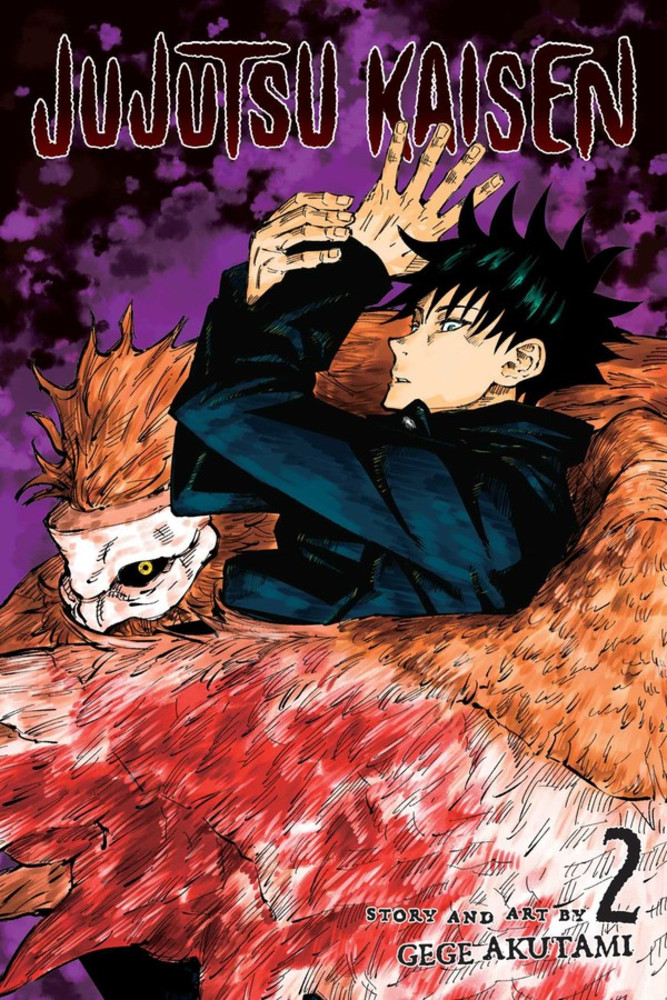 Alas, just as it seems Jujutsu Kaisen‘s characters are about to coalesce into a permeable whole, stunning gaps in exposition threaten to collapse our reading comprehension; namely, what’s the deal with the villains? Note the  conversations between Jogo the volcano Curse and Geto the, uh, guy with stitches; yes, we’re certainly intrigued by the riveting commentary Jogo provides about Curses being the “true” humans and all that genocidal jazz, but aside from gleaning that these two conspirators hail from two separate factions, we cannot get a bead on what, or even who, Geto is. That we bounce back and forth between the metaphysical Yuji/Sukuna duel and the new classmates spares us from constant confusion, but Akigami’s over-reliance on mystery impedes our investment.

Battle lore’s also something of a sticking point, although given that Jujutsu Kaisen takes elaborate steps to explain Cursed Energy and Domain Expansion (not the least in this volume’s additional pages, although all this talk over “negative energy” still flew over my head), this might not be a fair claim. Let’s put it this way: the Domain Expansions demand visual attention in their double-spread scenery, and Gojo’s exposition in their second appearance renders Jogo’s volcanic light show easy to follow; however, this is not the case in Sukuna’s usage earlier, where we’re not certain at all how summoning a ye olde Japanese building cuts that one Curse into multiple slices.

Meanwhile, unless there’s an explanation from the first volume I’m forgetting, I’m surprised we’ve yet to receive an explanation on the Shikigami — the beast allies our Jujutsu sorcerers summon for battle. Some research unveils connections to Japanese folklore and the like, but boy, would I’ve liked to learn that from the actual manga and not from hitting up Google. (At the very least, while I’m not that crazy about Akutami’s bland human designs, I can take solace in how his battle sequences are (mostly) digestible. Shame the same can’t be said about Samurai 8: The Tale of Hachimaru.)

All evidence of a gestating freshman manga, yet for as much as Jujutsu Kaisen‘s stumbling out the gate, seeds of hope are beginning to sprout. With Akutami gradually adjusting to the weekly schedule, only now are his best qualities in quirky characters and humane themes germinating into something resembling an enjoyable read. Whether this’ll translate into a great manga remains to be seen, but for now, I can take solace in finally envisioning a Jujutsu Kaisen worthy of the hype. The series has the tools for a successful exorcism– can Akutami utilize them to expel his ghoulish storytelling weaknesses? (Or, better yet, conjure up a better protagonist? Hey, maybe the panda could work…)