Pre-orders of Streets of Rage 4 standard and Classic Edition to remain open until a week after the game’s digital launch. 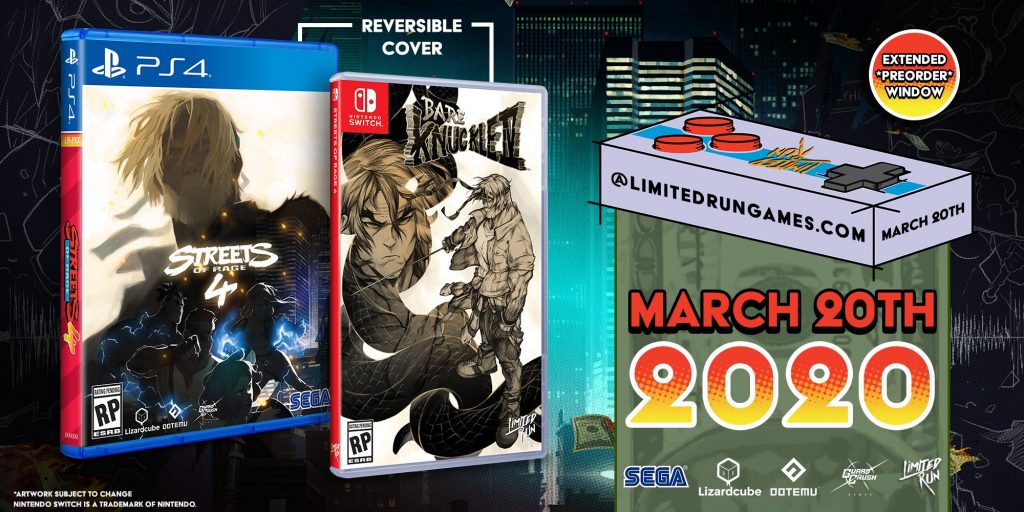 Back in January, we reported that Limited Run Games was planning to release a limited physical release of Streets of Rage 4. And today we finally know when you’ll be able to secure your copy of the long-awaited beat-’em-up.

Pre-orders for Streets of Rage 4 will open this Friday, March 20 at 10 AM. The game will be available in two SKUs. The standard edition will feature a case with reversible cover with one side decorated with the iconic red stripe pattern found on later Sega Genesis releases. Meanwhile, the Streets of Rage 4 Classic Edition will include the reversible cover, a SteelBook case featuring its four playable protagonists, and a custom Genesis style clamshell case sized to fit the SteelBook. 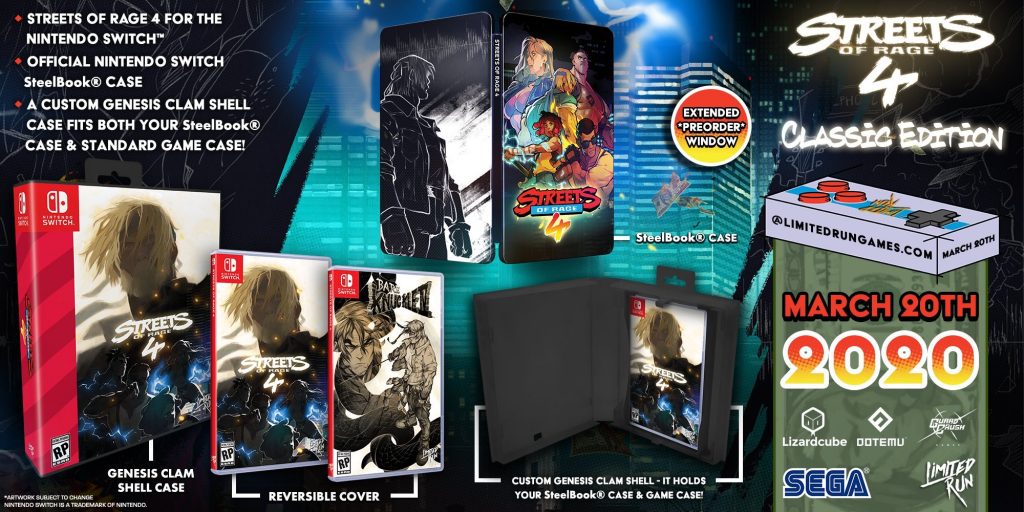 Both versions of the game will be available for a limited open pre-order period that will extend until a week after the game’s TBA digital release.

Will you be pre-ordering the physical version of the game? If so, are you going for the standard or Classic Edition? Let us know in the comments section.