A Hellbound hack-and-slasher that’s fun while it lasts. 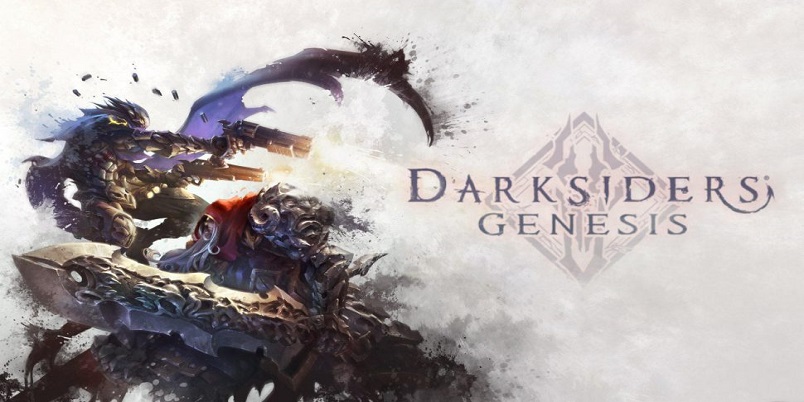 While Darksiders: Genesis has been available on PC and Stadia since late last year, console-bound players have had to wait a few months to get their hands on this spinoff of THQ Nordic and Gunfire Games’ action RPG. Developed by Darksiders veteran, comic book artist, and game developer Joe Madureira’s studio Airship Syndicate, the game ditches the series’ gritty take on Zelda style open-world adventuring in favor of a hack-and-slash affair that shares much more in common with the Diablo series, though on a much smaller scale than Blizzard’s long-running ARPG franchise.

Darksiders: Genesis puts players in control of War and Strife, two of the four horsemen of the apocalypse, in a top-down tour or duty through Hell as they work to track down and destroy masters of the underworld and foil Lucifer’s plans to eradicate humanity. To do so, you’ll need to travel across a wide variety of hellscapes, including frozen wastelands, ominous fortresses, and labyrinthine underground tombs, battle hordes of ferocious demons, and steal their souls to unlock a massive arsenal of abilities to aid War and Strife on their quest. 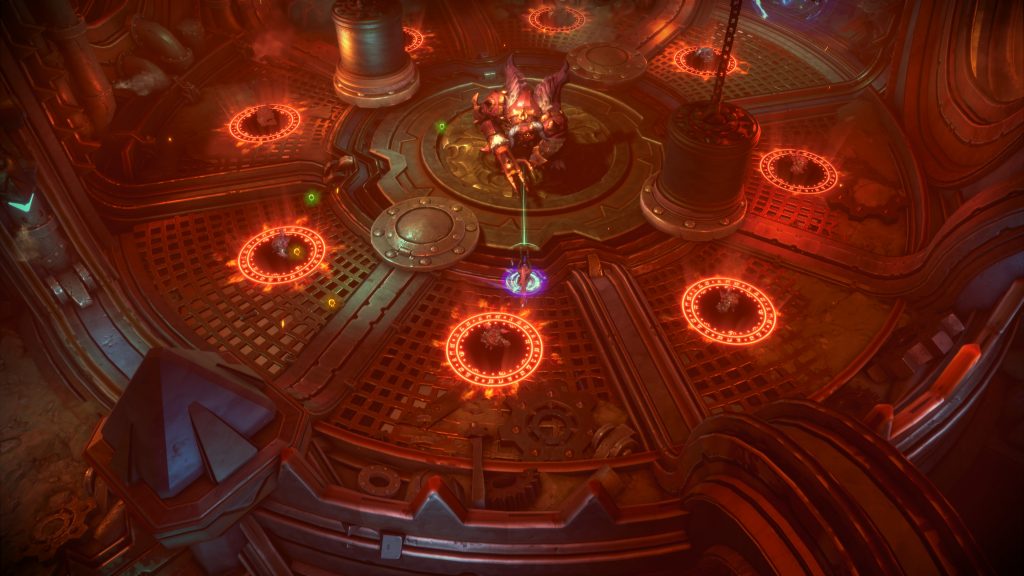 While it’s billed as an action-RPG, Darksiders: Genesis is more of a co-op hack-and-slasher than anything else. There’s no towns or overworld to explore. Instead, the game’s campaign unfolds throughout 16 levels (11 fully fleshed-out stages and five boss battles) in a roughly 13-hour adventure. No, it’s not a sprawling epic. But don’t let that dissuade you.  While the game doesn’t offer a grand experience that will keep you busy for months on end, there’s more than enough here to keep you and a buddy or significant other entertained for a weekend as you slaughter waves of baddies, gather collectible Creature Cores to enhance your characters’ stats, and spill rivers of blood to collect massive bounties in the unlockable arena challenges.

Darksiders: Genesis is a game about heavenly warriors wielding massive swords and high-caliber guns. That said, it’ll come as no surprise that you’ll be spending plenty of time spilling gallons of demon blood. Thankfully, the game provides some rather satisfying melees. Sword slashes feel weighty. Special ammo packs a rewarding punch. And the various special attacks you execute climax in gratifying displays of body parts and particle effects when unleashed on your foes.

Even at the beginning of the game, you’ll have a substantial selection of moves to unleash. Though as you explore the different locales, you’ll find hidden areas – often unlocked with Trickster Keys – which grant you new and powerful sword skills for War who prefers to battle his foes head-on with his massive claymore, or ammo for Strife, who excels in long-range assaults. The way the game forces you to switch between its dual protagonists to overcome the various challenges may sound cumbersome, but in practice, it’s seamless. Alternating between Strife and War is a breeze when playing the single-player campaign. Still, as with any hack-and-slash title, it’s most enjoyable with a friend via the game’s split-screen mode or online over PSN. 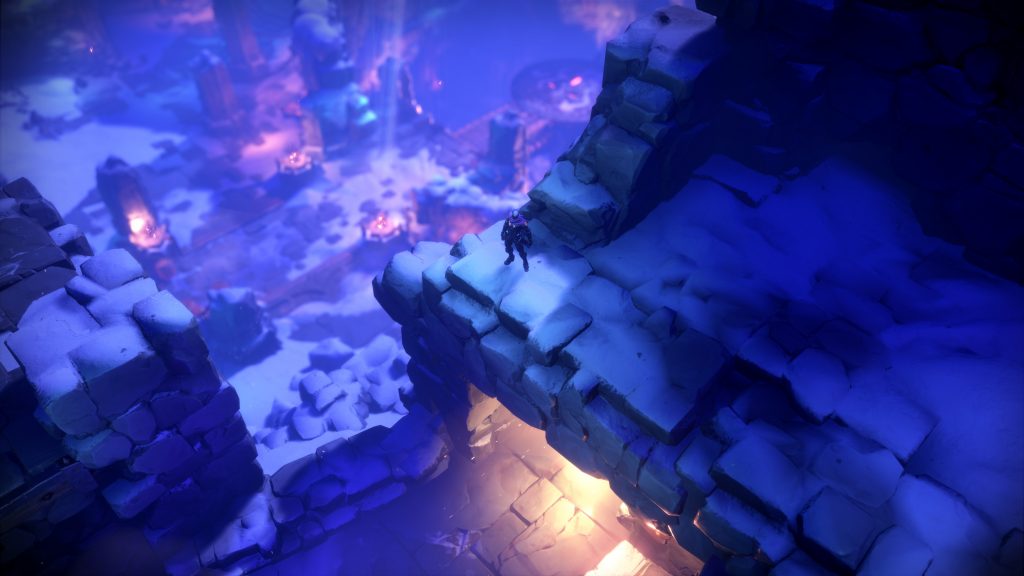 While Darksiders: Genesis does feature an abundance of hack-and-slash combat, that’s not to say it’s lost the spirit of the series that inspired it. There are lots of puzzles to solve as you navigate each of the game’s 11 sprawling locales, and some of them are pretty tricky. Further fleshing out the game is a bit of Metroidvania flavor. Zones you complete early in your quest include obstacles that you cannot break or items that are unreachable until you unlock special abilities much further in the game. While these tucked way goodies aren’t always necessary for progressing through the main story, they’ll reward the player with more powerful skills or heaps of currency for spending at Vulgrim and Dis’ shops in the Void, which serves as the game’s hub world.

That said, you’ll want to revisit each stage a few times to uncover its secrets. It’s just a shame that the game’s map is a bit clunky and unintuitive, which makes these trips a bit more frustrating than they need to be. But truth be told, this is a minor quibble in the grand scheme of things. What’s harder to overlook is the game’s camera. It’s often zoomed in too close to the action on-screen, which makes it easy to miss branching paths that may appear. While this is annoying, it’s during the game’s many platforming sections that the camera issues really rear their ugly head. There was one particular timed puzzle in the game’s seventh chapter that made me want to catapult my controller into the drywall as the camera completely obscured the ledge I needed to grab to progress to the next area.

These camera woes are a shame, too. Because despite being a hack-and-slash title, Darksiders: Genesis has some surprisingly fun platforming segments. My favorite of which takes place in a giant underground forge that ends with a rather explosive setpiece moment that feels ripped right out of an Uncharted game. It’s wild stuff.

Darksiders: Genesis Looks Like Hell – In A Good Way. 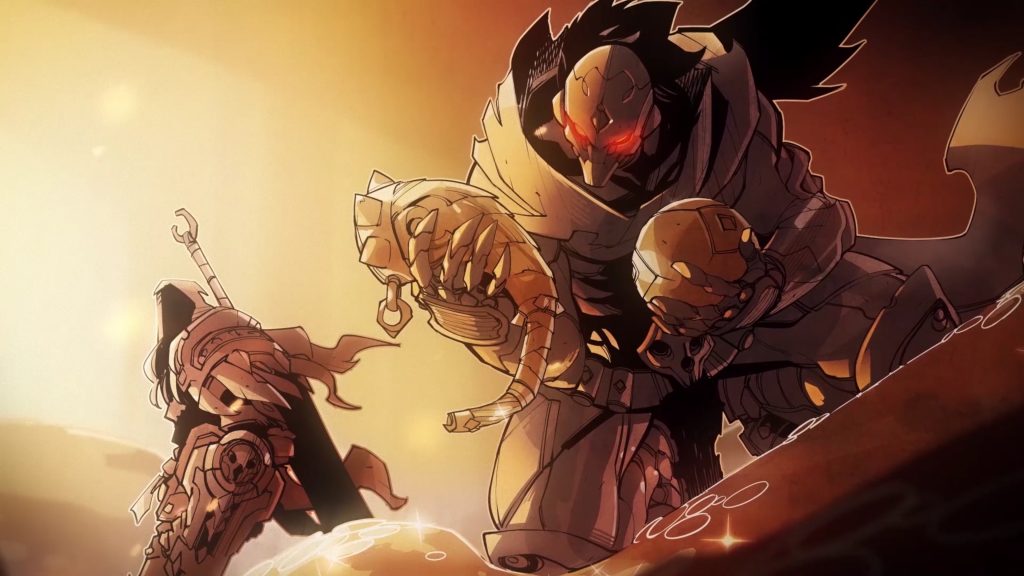 Joe Madureira’s artwork once again brings the world of Darksiders to life.

In terms of presentation, Darksiders: Genesis isn’t going to win any awards for its visual prowess, but it gets the job done. Strife and War look great well, and both characters boast some impressive animations. I especially like the flashy executions that you can perform when an enemy’s health is low. They’re unique to each enemy type, and stringing them together can make for quite the spectacle when faced with a wide variety of enemies. Compared to the game’s protagonists, the cannon fodder foes you’ll face are a bit less impressive. Though with how many you’ll encounter at once, their relative lack of detail does help keep things running smoothly during the more frantic battles. As for the music, it’s perfectly serviceable, with many tracks featuring percussion-heavy arrangements and some vocal choruses to help get your adrenaline pumping.

The art, on the other hand, is fantastic as you’d expect from the series. If you’re a fan of Joe Madureira’s artwork, then you’re in for a real treat here. Darksiders: Genesis’ graphic novel style storyboard sequences look phenomenal, and help bring the game’s cast of characters to life. Though the story itself, which plays out like a demonic buddy cop flick, probably won’t blow you away. Still, it’s a good enough excuse as any to butcher some hellspawn.

If you’re looking for a Diablo-inspired dungeon-crawler that will keep you glued to your console for months, Darksiders: Genesis probably isn’t the game for you thanks to its slightly lean campaign, which you can complete in about a dozen hours. However, if you’re a glutton for punishment, the game’s brutal Apocalyptic difficulty mode will probably extend your playtime significantly.

Despite its camera quirks and a few random crashes to the PlayStation 4 home screen, I enjoyed my time with Darksiders: Genesis. And if you’re a fan of the series who’s looking for a fresh take on the franchise, I think you will too. Developer Airship Syndicate has done a commendable job of transplanting the Darksiders universe to the hack-and-slash genre. With some genuinely solid puzzles and platforming segments to complement the game’s weighty and fun combat, it’s a game that’s worth experiencing alone, and even better with a friend. 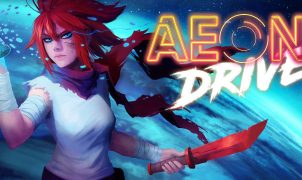 Aeon Drive Review: Jack Is Back   I’ve waited years for Aeon Drive to finally release. It’s a follow-up to Dimension Drive, a frenetic shmup with a dimension-hopping twist.…