A Kawaii Kana Match-Em Up 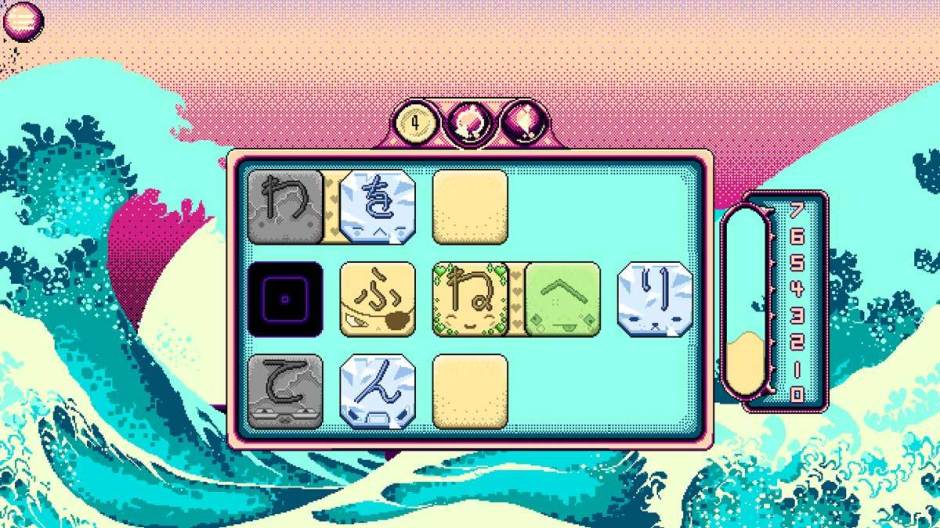 In middle school, I tried teaching myself Japanese in an attempt to get closer to some of my favorite video games. Since I didn’t always have internet at home, I mostly used books and CDs to learn the language. It was easy enough to pick up short phrases, and the pronunciation wasn’t too tricky, but the kana, well… that was another story.

For those who are unaware, Japanese has three different writing systems. Most people are familiar with what is called Kanji — the characters that have been modified from the characters, called Hanzi, used in Chinese-speaking countries. Different sources state that there are anywhere from 1,700 to 5,000 kanji (depending on a person’s field), but most people can get away with learning to read 2,000 for their daily literacy needs. Even then, however, there are different ways to read a certain character, so the same character could have as many as four different readings depending on the context, the characters before it, etc.

There are far more simpler writing systems, however — the two of them being Hiragana and Katakana. It’s those writing systems that are unique to Japan and are called “kana”. Like Western letters, kana can be mixed around to form different words; unlike Western letters, each kana has a consonant and vowel (with some exceptions), and without both, the kana is incomplete.

If it sounds tricky… well, it is. I won’t sugarcoat that. But it’s not impossible to learn, and there are many sources available to help Japanese language learners in this quest. Having tried many, I was excited at the chance to review Kana Quest — not only from a game standpoint, like I usually would, but from a language learning standpoint. How much did I remember from my middle school years, and would Kana Quest serve as a good refresher? Only one way to find out! 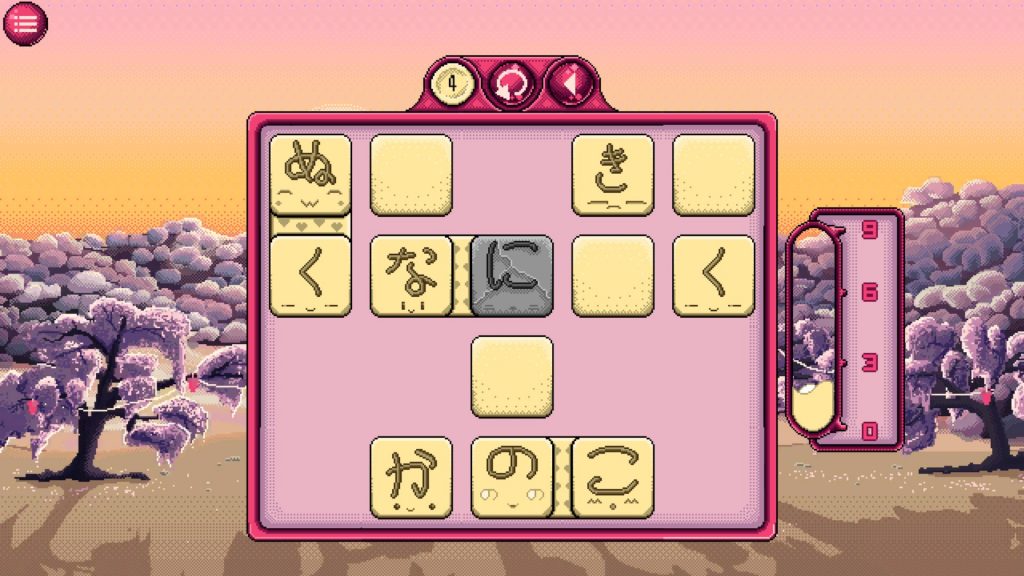 Developed and published by Not Dead Design, Kana Quest aims to help players interested in learning the two kana writing systems, Hiragana and Katakana, in a cute and memorable way. With cute graphics and fun tunes, this educational game is sure to entertain while providing value outside of pure, simple fun.

Kana Quest describes itself as a match-em up, but it’s less about matching and more about connecting. To understand this, it’s imperative to understand the structure of kana. Remember how I said both Hiragana and Katakana use a consonant and a vowel to form a character? This means that their letters look less like “r”, “a”, and “s” and more like “ta”, “hi”, and “ku”. Kana Quest leans into this heavily by placing kana tiles on a board and asking players to connect them to others that have a commonality. For example, “ku” and “ko” would connect because they have the “k” sound in common, but so would “ko” and “no” because they have the “o” sound in common. Connect all the tiles in as few moves as possible! 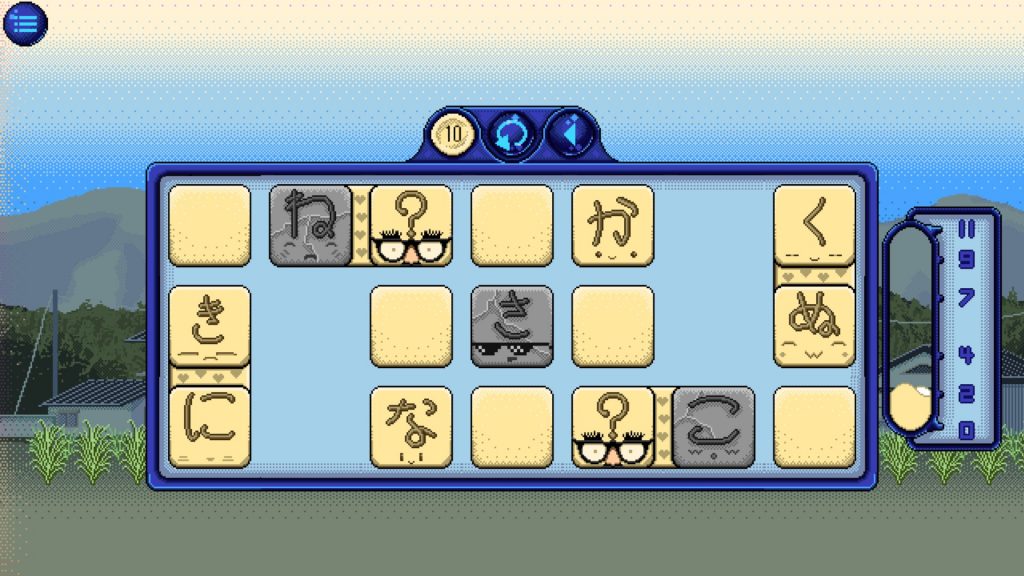 As players progress, there are new mechanics introduced. Some tiles are stone tiles, which cannot be moved. This means that players will have to move the other tiles around them and get creative in order to do so. Others include mystery tiles, which don’t show what they are until players move around tiles to see if anything matches when placed next to them. It’s a bit of trial and error, but it’s easy enough to get the hang of after a few tries.

Where most games I’d spend time talking about controls, music, and other components, I’d rather focus on how well Kana Quest achieves its goal of teaching players kana recognition. It’s been 15 years since I tried learning kana, so even though I have some experience I’m admittedly very rusty, so I was excited to use Kana Quest as a refresher course. Did it work? 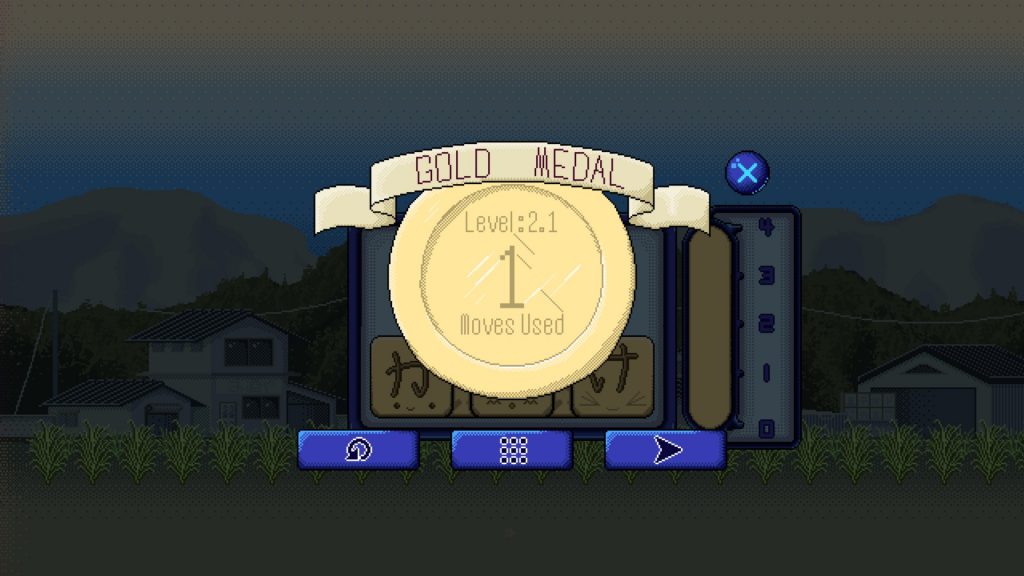 Honestly? It was well-crafted. The tagline makes Kana Quest sound like a matching game, which would honestly make for a pretty poor kana-learning game since you can match any kind of image without understanding the meaning behind them. The fact that the game slowly introduces you to new kana and forces you to memorize them in order to progress is solid; additionally, the introduction of new mechanics, like the stone and mystery tiles, ensures that you’re legitimately learning the kana instead of just getting lucky. The medals given at the end of each level — gold, silver, and bronze — also encourage players to do their best, as getting bronze or silver makes players immediately want to try again to go for gold.

As a learning tool, Kana Quest is solid; as a game, it’s fun enough, considering it’s educational in nature. It’s not an educational game you’re likely to really get lost in and spend a large amount of time with, but it can certainly complement a person’s Japanese courses or the Duolingo app. In sum, it’s a great learning tool, but foreseeably only in spurts.

Kana Quest is, by its nature, really only for people with a genuine interest in learning kana; with that being said, it’s a fantastic tool for said learners that can certainly help players memorize characters found in Hiragana and Katakana. As long as players stick with it, the payoff is definitely there. Language learning tools are generally repetitive, and although Kana Quest went to great lengths to keep it fun, it did have to put education before entertainment, meaning repetition was a massive part of the game and may put off some players. Still, Kana Quest managed to keep it fresh where possible, so all kudos to the developer for a job well done. If you have an interest in learning kana and are truly committed to doing so, Kana Quest will certainly aid you in your studies in a fun, memorable way.

Editor’s note: This review is based on a copy of Kana Quest given to HeyPoorPlayer by the publisher.