Youth is wasted on the young. 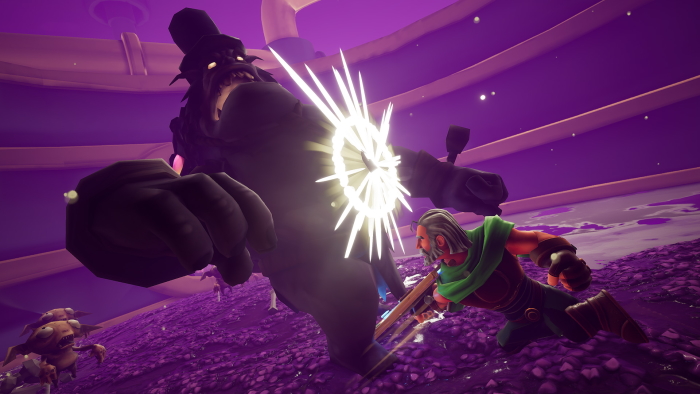 Last year, PC users were treated to the releases of Spyro The Dragon and Crash Bandicoot on their platform of choice. It’s nice, but there are still a number of top-notch 3D platformers that desperately need to see a release on the venerable IBM platform. I’m talking things like, oh, I dunno: Ratchet and Clank, maybe? Well, as unlikely as that may seem, we can at least take solace that a title like Effie fills that void, and does it a mighty fine job.

The game places players in the role of a certain mister Galand; a young loafer and general all-round ne’er-do-well. One day his laziness incurs the wrath of a witch in disguise named Melira, who promptly curses Galand to age rapidly, effectively robbing him of his youth. Despite the early onset of old age, Galand remains buffed and willing to take down the evil witch and her seemingly endless legions of monstrous minions, aided by a trusty sorcerous shield called Runestone. All of this is conveyed via a narrator speaking to a child named Effie in the style of an old-time fairytale.

Put your nose to the Runestone. 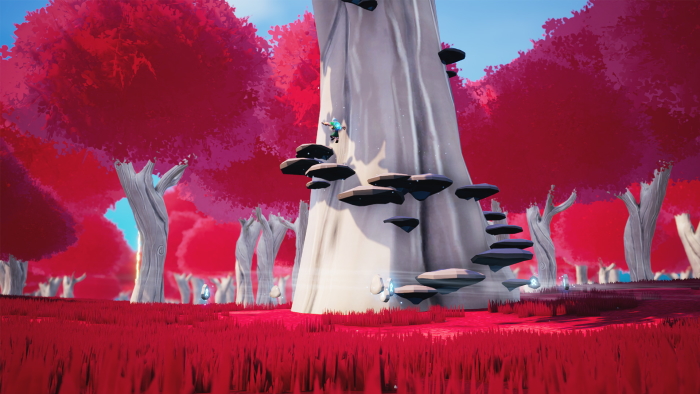 Effie‘s gameplay is a mash of differing styles. It is primarily a 3D platformer, and you’re going to be spending the majority of your time traversing ledges and platforms, but it also throws basic hack-n-slash and even a bit of rudimentary puzzle solving into the mix. The nucleus of gameplay centers around the aforementioned Runestone, which serves both a weaponry and utility function. It can be thrown like a projectile during combat, encase your character in a protective dome, and even be used as a surfboard in later stages! Truly innovative and adaptable.

Sadly, the combat is largely forgettable. Though a slight bit of tact can be employed, it largely ends up as a trial of button-mashing that gets old and repetitive very quickly. Additionally, the enemies are neither varied nor particularly interesting or engaging. You face the same enemies over and over, with the same sort of means of dispatching them. The main variant is mostly including more enemies and have them spawn from different angles in relation to your main character. Fighting ends up being the weakest aspect of this adventure, but fortunately, it takes a back seat to the exploration and platforming, which is the best overall part of Effie.

Making sure you don’t Effie things up. 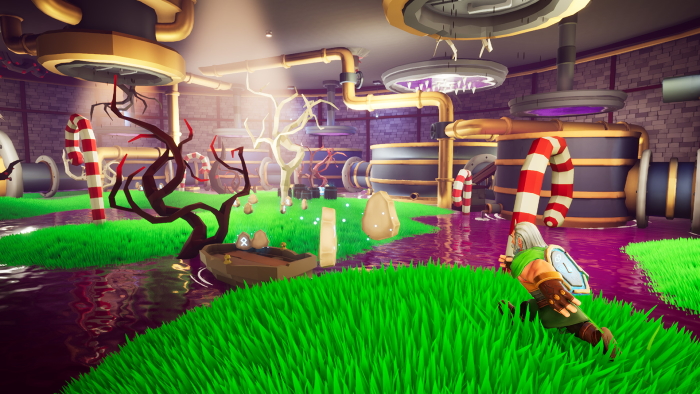 The puzzles are decent, though not exactly brain-draining. They are mostly tests of memorisation and basic logic. For example, you’ll be tasked with navigating treacherous platforms over pools of molten lava, all while they open and close and flip according to a specific pattern. In other examples, you’ll have to solve a number of switch and key hunts. All of this occurs while Galand collects runes and moves in levels both vertical and horizontal. It’s especially satisfying when you not only manage to solve said puzzles, but also find the assorted secrets hidden in each level’s nooks and crannies. But despite the rock-solid level design, the entire experience is way too short for its own good. Aside from the lacklustre combat – which is only given a brief reprieve during the somewhat more inspired boss battles – Effie’s main failing is that you’ll find it over entirely too quickly though I must say that I found the surprise ending certainly worth the journey.

Presentation-wise, there’s little fault to this game. The visuals are vibrant and cartoon-y, though low-poly. It has a somewhat early CGI movie look, which compliments the unreal fantasy setting. It’s not the most visually-striking title around, but it works well and the art style is solid. Voice acting is top-notch, though used sparingly: the titular Effie, the witch Melira, and Galand himself count for the main voices. It gives the package a sweet, personal touch without feeling over-produced and boorish. The music likewise is sweet and endearing, with a decidedly fairytale feel to it.

Effie‘s mixture of fairytale storytelling and fun platforming work to make an endearing and playable little gem of a game. It’s by no means groundbreaking, but there’s a ton of love put into it and it displays excellent design, even though the combat could use a bit more refinement. If you’re a fan of 3D platformers, then there’s no reason you shouldn’t get this for your PC or PlayStation 4. Get it on Steam by heading off to its official page here. Have you played it? Sound off in the comments section below.

Full disclosure: This review is based on a Steam key for Effie provided to the staff of Hey Poor Player by the publisher.