Masashi Kishimoto returns with but a whimper. 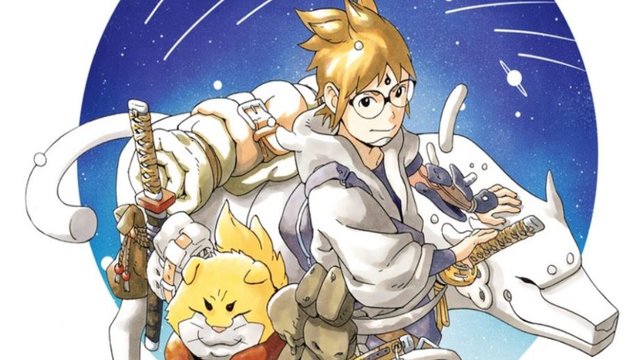 As a former fan who thought Masashi Kishimoto’s legendary Naruto jumped the shark hard in Part II — what with sidelining its engaging supporting cast, laughably bad takes on romance, and confounding gaps in story logic (why, exactly, was a mass-murdering terrorist in Orochimaru let free, again?) — it’s only natural I’d be wary of his latest work in Samurai 8: The Tale of Hachimaru. However, this manga enthusiast’s readily open to second chances, and it’s not like Naruto needed my approval in enjoying its healthy send-off/sequel segue back in 2014. (That, and well, I won’t pretend I don’t possess lingering nostalgia for the ninja-centric impetus behind my burgeoning 2005 manga collection). While Kishimoto’s taken off the reins with the art ala Boruto, the ingredients are set for another mega-hit: an underachieving, ambitious protagonist instantly relatable to lonely readers, designs sketched by a former Naruto assistant (Akira Okubo), and speculative sci-fi lore and foreshadowing binding it all together. Surely, Kishimoto’s clout alone would pave the way to success…right?

As Shonen Jump veterans remember from the disgraced Nobuhiro Watsuki, not quite — Samurai 8‘s Japanese volume sales have proven middling, and it’s been busy warming Jump’s bottom rankings. Pedants may point out the magazine’s Table of Contents placements don’t necessarily equate a death sentence, yet the relative lack of interest still stands. But why? In revisiting the opening chapters courtesy of Volume 1, I’m reminded why I fell off Kishimoto’s latest rodeo months ago: it’s simply far too convoluted for what’s another coming-of-age battle manga. While critics have readily pointed out the tired similarities between Naruto and Samurai 8 — namely in pre-teens honing latent potential and dreaming of larger-than-life lifegoals —  I don’t necessarily mind the familiar set-up; really, I’m always ready to root for an underdog, and Hachimaru — a sickly online gamer hooked up on life-support — fits the bill nicely in his newfound cyborg samurai powers. His overprotective father yields enticing mysteries, his contrast between Nanashi a compelling first step into the outdoors, and his newfound master in Daruma — a former samurai taking on the form of a cat — presents my favorite character in his sagely underwear similes.

Yet for as much as Samurai 8 champions its humanity, any empathy on our end’s suffocated under a never-ending avalanche of exposition. Oh, yes, Samurai 8 may have ambitious plans in store with Samurai Keys, Planet Crystals, and Samurai-Princess bonds, yet even summarizing the plot’s a chore in juggling its relentless jargon. Putting it this way: the basic goal of “Opening Pandora’s Box with the Seven Keys”, as spelled out in the opening pages, is easily digestible; the actual keys themselves — spine-based memory units that crack open cyborg samurais like plastic models — are not, especially when coalesced among everything else we’re forced to grasp. With all the Pet Holders (animal companions serving as sword holsters; okay, there’s one way of incorporating a mascot), Locker Balls granting samurai powers (complete with life-revitalizing phenomenon transforming Hachimaru into a Threefold Samurai (or kill unlucky prospects if you’re not compatible). Also, they’re typically possessed or found by…power-boosting princesses?), Samurai Souls (which…is the mark of a genuine samurai, I think? And they’re also called Heartsblades?), and Handle Bones (er, I got nothing) introduced by-and-large in the first chapter alone, it’s simply too much to absorb. 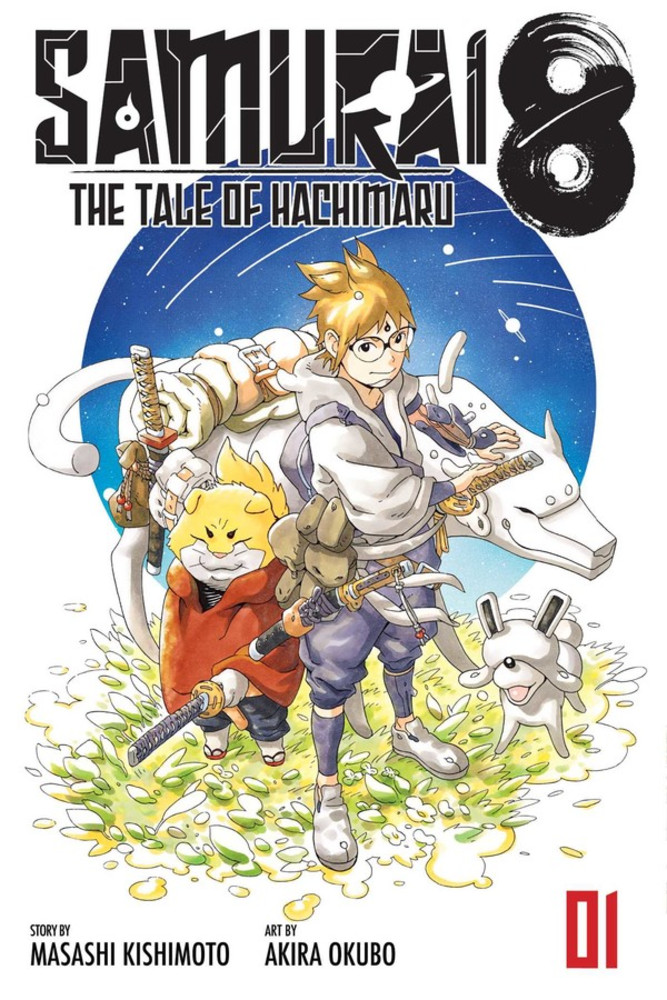 Even if fall back on the excuse sci-fi stories like this require set-up, Samurai 8 makes deliberate pains to obscure reading comprehension even when it doesn’t need to. The chapters involving Nanashi — a fellow shut-in Hachimaru encounters during his first trip outside — are a perfect example: the parallels between the two characters — fledgling samurai wannabes who recognize they may have more in common than initially thought — are a great base for a heartwarming rivalry, but for reasons I cannot begin to decipher, Nanashi’s lifelong loneliness produced imaginary friends in the form of split-personality hands. This is not an exaggeration; this is not a joke — the character communicates with their hands, and the hands talk back to him, and thanks to them respective referrals to male or female pronouns, Nanashi can’t conclude their gender. Uh, riveting.

While I have no issue with imbuing sci-fi into something as historical as samurai — Shonen Jump’s previous masterpiece in Gintama, despite its heavy comedic slant, is proof it can work — it all comes across as Kishimoto constantly relying on peripheral crutches rather than simply letting his characters and story breathe, as if he fears stripping away their newfangled devices and otherworldly swordsmanship would render Samurai 8 a base, cliched tale. What isn’t helping is how Okubo’s art (or should I say Kishimoto’s storyboarding?) alone is a cluttered mess, his panel placement attempting to juggle all this zaniness while forgetting to visually establish how, exactly, all this sci-fi samurai swordplay works. Take the Locker Ball sequence in Chapter 1 — we can recognize from all the shining lights and shifting protrusions that it’s bringing Hachimaru back to life; we do not, however, have any inkling on how or why it’s doing so.

In promoting his new manga, Kishimoto once warned sci-fi’s necessity for exposition could incite boredom or, worse, the ever-looming Shonen Jump axe. What a shame, then, that Samurai 8‘s fallen headfirst into that trap — there’s potential here for a rousing coming-of-age story akin to Naruto‘s earlier days, but Kishimoto’s over-reliance on expository jargon proves itself a suffocating flaw. To my memory, none of the chapters included within Volume 2 signified an improvement, but as we sit back and play the waiting game, all we can do is wonder if Samurai 8‘s chipped blade needed further refinement at the smithshop. (Or however that’d work in this universe, anyway.) 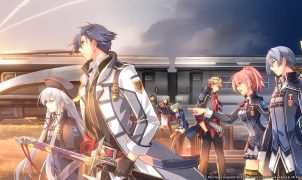 A Real Class (VII) Reunion     So I’m going to start this review with a little confession. The Legend of Heroes: Trails of Cold Steel III? You know, the…