A Cup Above the Rest 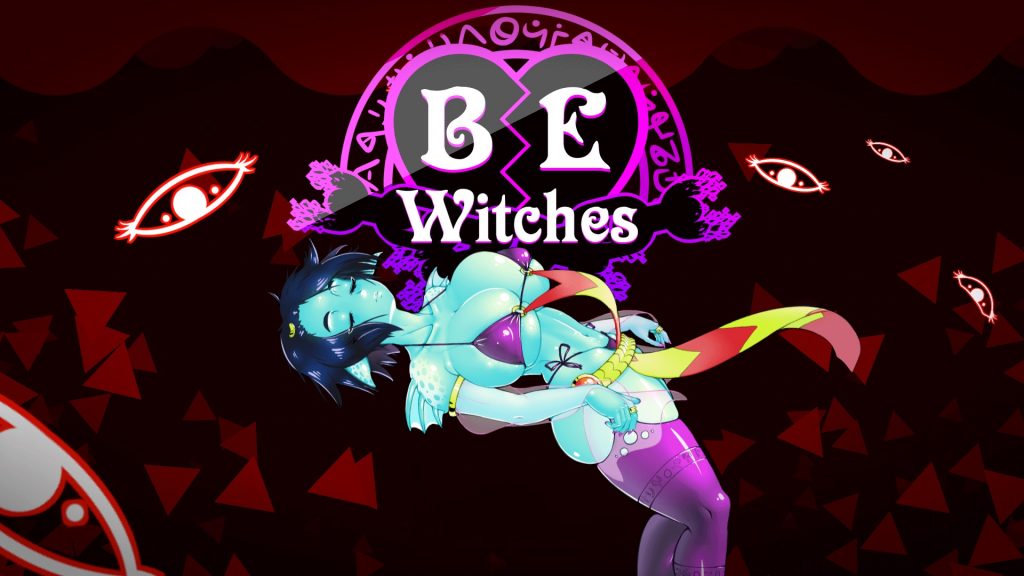 Wow. Okay, so, I’m not even sure where to begin with this game. Remember being a kid and talking about mashing all of your favorite games into a single one, and daydreaming about how cool that would be? That’s essentially what BE Witches is—a bunch of different games all rolled into one. Oh, and there are also sexy monster girls – as in, that’s literally the game’s entire cast. I’m not being being hyperbolic, either. During my brief encounter with this game, I’ve seen elements taken from old-school point-and-clicks like Kings Quest, dungeon-crawling mechanics reminiscent of Etrian Odyssey, puzzle-based combat that somehow manages to slap together elements from games like Tetris Attack, Puyo Pop, Sinistar, Undertale (which is a mishmash in itself), and even basic RPG elements. Oh, and I wasn’t hyperbolic about the monster girls, either. I mean, just look at the picture above this paragraph.

BE Witches is, well, a lot. I’m sure that I’ve made that clear by now. Still, I don’t think that I’ve accurately painted a full picture just yet. And that’s because there’s one last thing that I’ve failed to underscore so far—the fact that it was a lot of fun. As complicating, and even at times perplexing, as this game is clearly shaping up to be, I will in no way pretend that it wasn’t an absolute blast to play through—and I’m excited that this is only the beginning. 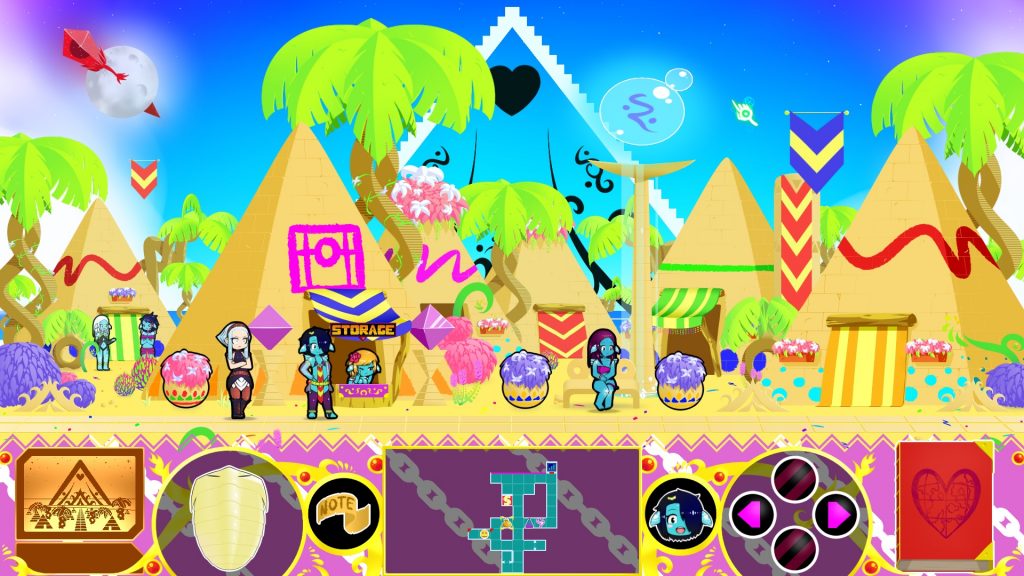 Like what you see? Just wait until you hear the music!

As of the demo, BE Witches is decided split into two parts—the first of which being exploration. Now, just in case I haven’t made it clear enough, BE Witches is a puzzle game. And what do puzzles games usually not have a lot of? Point-and-click dungeon crawling! …I don’t think that I’ve ever heard of a puzzle game with PnC mechanics before. But I have now, I guess! Anyway, enough of the semantics, let’s get onto the good stuff—how exactly does this whole dungeon-crawling thing pan out? Well, surprisingly enough (or perhaps not), very nicely. While the demo was by no means massive in terms of the explorable areas presented to the player (which is fair), what was there was very fleshed out. Adventuring in BE Witches wasn’t as simple as moving from one room to the next; almost every area had at least one thing to do—whether that was talking to NPCs, looking for items, or encountering enemies. And, on top of that, the game is also absolutely gorgeous. No, seriously, it is. From what I’ve gleaned, the world of BE Witches is vibrant and lively—absolutely bursting with fun colors and unique landmarks—which makes poking around the game’s world all the better.

Overall, I loved this game’s exploration mechanics. I won’t deny that for a second. But there was one thing that bothered me a bit—the puzzles. You see, not only is combat in BE Witches puzzle-based, but there are, at times, puzzles that the player needs to solve on the map as well. And, boy, were some of these hard. Despite having just gotten my feet wet (which is funny if you realize that half of this demo takes place underwater), I found myself immediately being thrown into a series of increasingly complex puzzles involving finding correct color combinations for floating shapes. Now, I’m going to cut the developer some slack here, as they specifically mentioned in their comment section that they purposefully showcased what the game’s harder content would look and feel like in the demo. Let’s just hope that that means that they add in a friendlier difficulty curve in the actual game.

Up, Down, All Around

Because a still image wouldn’t do this part of the game justice.

The other half of BE Witches is all about your puzzle-solving skills. Mostly, anyway. Not to be confused with the previously mentioned puzzles that appear mid-dungeon (I told you that this game has a lot going on), combat in this game takes place in the form of an admittedly very unique type of puzzle. The actual puzzle itself isn’t anything complicated, with the player merely needing to swap around pieces on the board to create lines of three or more. Doing so will then charge up your magic meter, which allows you to cast a variety of offensive and defensive spells. With me so far? Good, because things are about to take a very odd turn.

You see, you aren’t just playing match three during these puzzle-fights. The enemy also gets to attack you. And how do they do that, exactly? Garbage blocks? No, no, my friend, they send out small red creatures called “Shapes” that fly, or walk, or crawl all over the screen. And, naturally, the only way to get rid of them is to use your cursor as a mini space ship to fly around and shoot them down… while also still solving your puzzle. And, yes, it’s about as hectic as it sounds. I mean, take a look at the gif in this section. Crazy, right? Of course, it is. It’s both very fun, and very difficult—and I’ll admit that there were a few times when I wasn’t sure which of those two stood out more. Now, to be fair, I’m certain that I wasn’t fully utilizing everything that was at my disposal. There is so much going on during these battles, and certain high-level monsters (such as the Nightmare pictured above) take a lot concentration to defeat. With that in mind, though, things definitely become more fun as you get the hang of everything.

BE Witches is certainly developing quite nicely.

Have you ever played a game where you don’t completely know what’s going on, but you still really like it, anyway? That was what my time with BE Witches felt like. I’m not sure how NoseBecc came up with this idea, and I’m even more clueless on how they got it to work as well as they did, but, for all of my slight complaints, I won’t at all deny how much I enjoyed playing through this. There still may be a bit of a wait before the game is finally all the way done, but I’m really looking forward to whenever that day may be (or should I say BE?).