Tough, Cool, and Not To Be Messed With! The Mad Gear Opens Kickstarter on Turbo City Gaiden – An Animated Series

If you’ve been with us at Hey Poor Player for a while then you’ve heard of musical badasses, The Mad Gear. For the lame and uninformed, let me introduce you. The Mad Gear are a video game themed band that has been rising from the streets, crawling out of the slums, and gaining critical mass in Turbo City since 2014. They are draped in leather and denim and armed with the toughest tunes from video games past, and original compositions of their own.

Now, The Mad Gear are total badasses, but sometimes they need help from cool dudes and dudettes like yourself. Yeah, they’re usually the ones doing the saving, but now they need you! They are expanding their repertoire and are creating a totally awesome ten-episode video series titled, Turbo City Gaiden. That’s not where this journey ends! Five Turbo City Gaiden mini-games are going to be released alongside the ten episodes!

From The Mad Gear themselves:

“We want to make a full season of these puppies – 10 episodes, 5 mini-games, and a full story arch and a Big Bad for The Mad Gear Boyz to take on at the end. Now that we have a pilot episode and one mini-game complete, we have a good idea of what making more would take, both in terms of time and money. Turbo City Gaiden is something we want to bring into the world, but simply can’t without monetary support. Meeting the fundraising goal will allow the team to dedicate the time necessary for the project to be done well, and in a timely manner. That timely manner, by the way, would be roughly the same as the development up to this point – 20 months. It’s also worth noting that the scripts for the 2nd episode on are running roughly twice as long as the pilot. In other words, we’d be looking at a typical episode length of about 23 minutes.”

Head on over to the Kickstarter here and help the boys reach their dreams.

While you’re at it, check out their World Warrior short film/music video here. 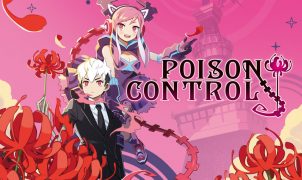