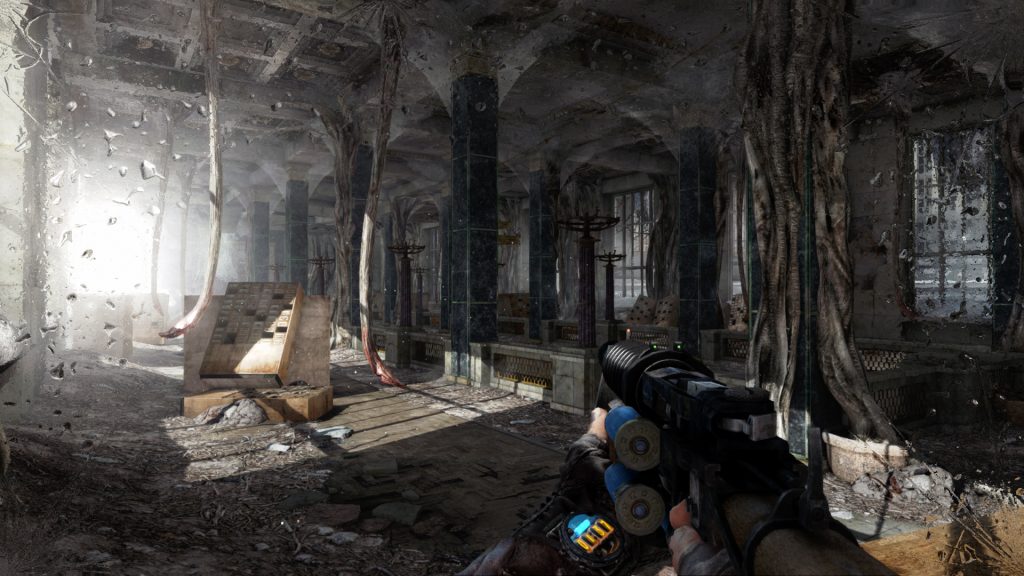 Metro Redux is now available for the Nintendo Switch, publisher Deep Silver and 4A Games have announced.

The collection, which was developed in-house by 4A games over the course of 8 months, features both Metro 2033 and Metro: Last Light, plus all DLC, crammed into a single 16GB game card and runs at 720p in handheld mode and 1080p when docked at 30fps.

Of course, if physical media is too old fashioned for you (you monster), you can always just download Metro Redux from the eShop instead. We won’t judge. Promise.

Check out what awaits in this post-apocalyptic double feature in the trailer below:

Below you can find the game’s key features courtesy of publisher Deep Silver:

Will you be adding this bundle to your Switch collection? If so, which game do you plan on tackling first, comrade? Let us know in the comments section.