William Minerva is nigh, but at what cost? 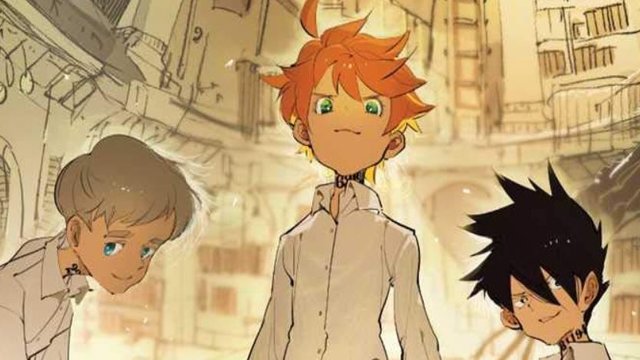 So, the good news: The Promised Neverland remains Jump’s best thriller thirteen volumes and counting. The talents of writer Kaiu Shirai and artist Pozuka Demizu remain an impeccable pair, their heart-pounding cat-and-mouse scenario gradually unraveling the id behind its ruthless world. Volume 13 is as staunchly committed to that goal as any other, bearing witness to an underdog revolution nurtured from cultivated children rebelling against their oppressors and unlocking the secrets behind their exploitative system. Alas, much as Emma and the Grace Field kids rouse us in demolishing one demonic institution after the next, The Promised Neverland‘s brand of cruelty renders it a tale rife with tragedy and sacrifice.

Hence the bad news: Y’all remember how I’ve previously elaborated upon Promised Neverland‘s trademark gut punch? It’s back again in what’s easily the most mercilessly violent sequence hitherto. No matter how much the series may test our suspension of disbelief in watching pre-teens pulling off grand escapes and demon slaughter-fests, they remain children at the end of the day — naive juveniles susceptible to rash decisions no matter how selfish or good-natured. In this case, unbearable concern for the fate of Yugo and Lucas leads to fatal consequences for certain members of Emma’s ragtag family, punctuating a heart-wrenching coda to the Shelter B06-32/Goldy Pond saga.

It’s brutally, painfully unfair, all villainous acts courtesy of our latest villain in Andrew. Composed and calculating at his mission’s outset or driven insane following his disfigurement, Peter Ratri’s hitman has no time for the humanization and tragic backstories that we’ve previously witnessed in Isabella, Krone, or even Leuvis; nay, such a venture would be an affront to the character, whose only commitment is preserving the “demon-eat-man world” status quo. He is a natural product of Promised Neverland‘s class inequality: a privileged individual eagerly dispensing with empathy for the sake of his agenda. (As opposed to Goldy Pond’s aristocrat demons, however, he is fully aware of his cruelty: while he refers to the children as food, their familial bonds and innate compassion are all-too-easy punching bags that cut right to their bones.)

Thankfully, his story ends with an ironic comeuppance, but at a cost: Yugo and Lucas. As sadly foreshadowed in the previous volume, Grace Field and Goldy Pond’s father figures forge a last stand to ensure the kids’ escape at the cost of their own lives. Through these last six volumes, we’ve observed Yugo — introduced as an anonymous enigma masked in nihilism, yet stripped away piece by piece to reveal a broken soul on the verge of self-destruction — as something of a parallel to Emma: both former livestock who masterminded their daring escapes and lived and died by their respective families. Andrew may have barely survived his selfless act, but Yugo can rest in piece knowing he didn’t endure his solitary hell for nothing; indeed, that’d have been the case had he lodged a bullet in his skull, yet it was only through his survival that Emma unearthed a vital stepping stone in overthrowing this world. 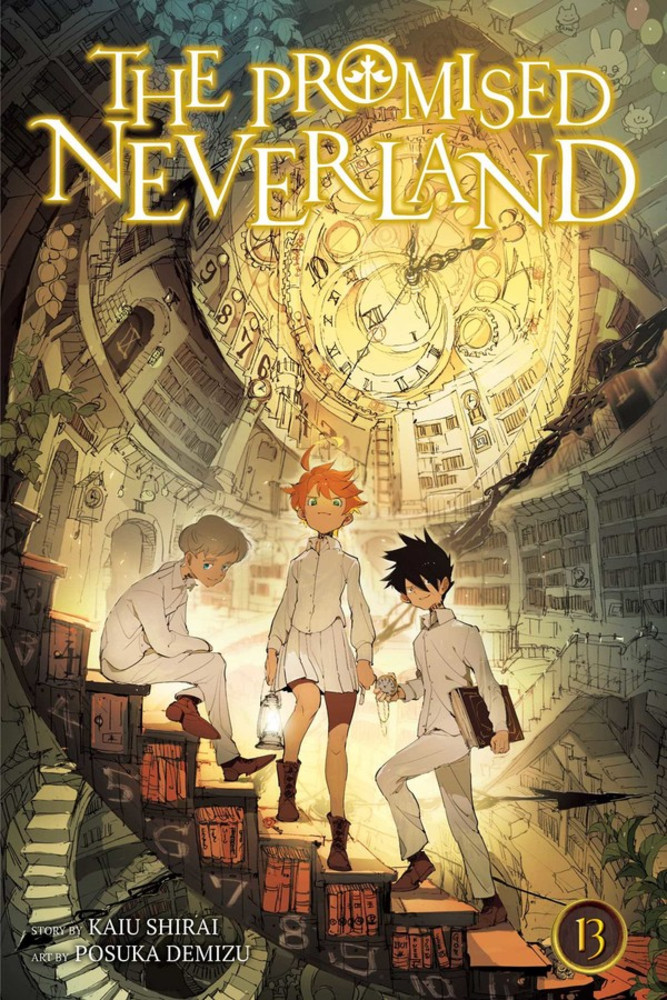 Even so, the innumerable losses paints a bittersweet victory for our young protagonists; yet again, their success hinges upon heartbreaking sacrifice: leaving Norman to his culinary fate and momentarily abandoning Phil and the rest of Grace Field’s toddlers were already heavy losses, but now Emma has to contend with dead children on her watch. As always, Demizu’s art remains some of Jump’s most harrowing work, with the Andrew encounter perhaps the most poignant sequence hitherto — the killer’s deformed madness unveiling him as a true monster, the fleeting anguish of children unable to kill their fellow man, and the traumatic despair upon learning their fate are relentlessly consecutive gut punches, grimly coalescing into a heart-pounding two-chapter confrontation.

Not that there’s any time to dwell on death: after a dozen volumes, William Minerva’s hints and clues finally forge a clear-cut path to the children’s cryptic savior — that being the young Minerva supporters they just saved from feral demons. We knew eventually we’d meet the man himself (or at least learn his true identity) at one point, but as it turns out, he’s leading former escapees on farming raids in burning down child-cultivating facilities. Even so, I wonder: would a man stealthily slipping clues in children’s books suddenly find himself the leader of a public resistance? Why, I can’t help but notice his hairstyle looks a little too familiar…

“Believe in what you’ve decided, and no matter what results from it, keep going” — the final words Yugo’s ghost bestows upon Emma may a chilling foreshadowing  of what’s to come, yet for as much as Promised Neverland‘s darkness threatens to smother both reader and character, Emma’s resilience remains its beacon of hope. We’re with you to the end, Antenna Head.