Send Me Your Garbage 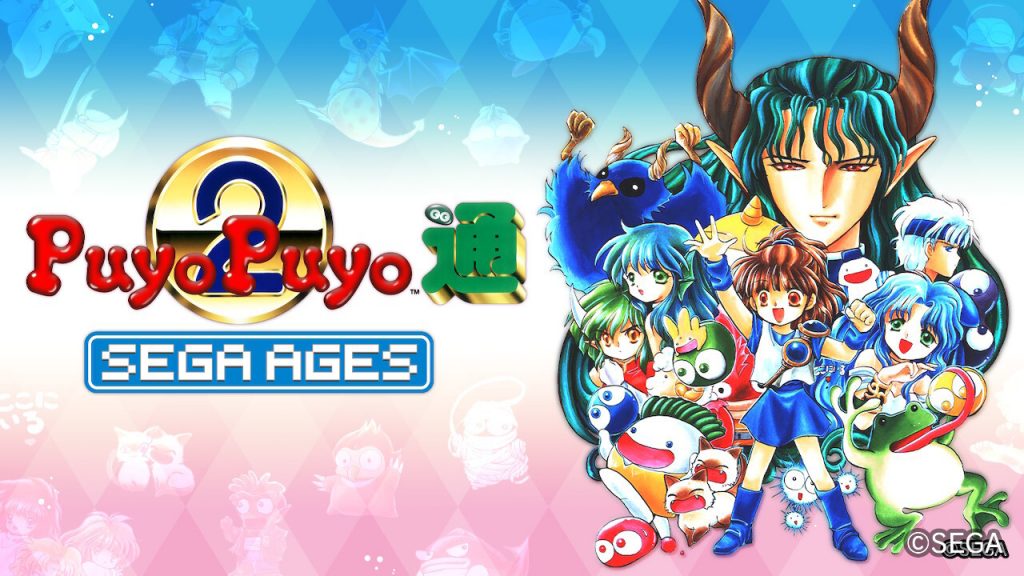 If you consider yourself a fan of Sega, then you probably know what Sega Ages is.  For the uninformed, Sega Ages is a series of video game ports and compilations published by Sega themselves.  These ports cover both the Sega arcade and home console games. Gamers have come to expect nothing but the best from the Sega Ages line, as the games are usually pixel-perfect representations of their original form. Recently, developer M2 have been lending their talents and working with Sega to get several beloved retro classics on the Switch.

M2 has quickly become legends due to their ports being damn near close to perfection. Their ports often come with several options to enable the player to tailor the game to their liking. This includes enhancements such as adding video filters (scanlines included), a built-in jukebox to listen to the title’s tunes, changing difficulty, and a host of other additions. The M2 team is dedicated to perfect emulation, but they also take pride in giving the player several other game-enhancing benefits. It’s a nice feeling knowing that you’re not just purchasing a basic port of an old video game.

25 Years In The Making 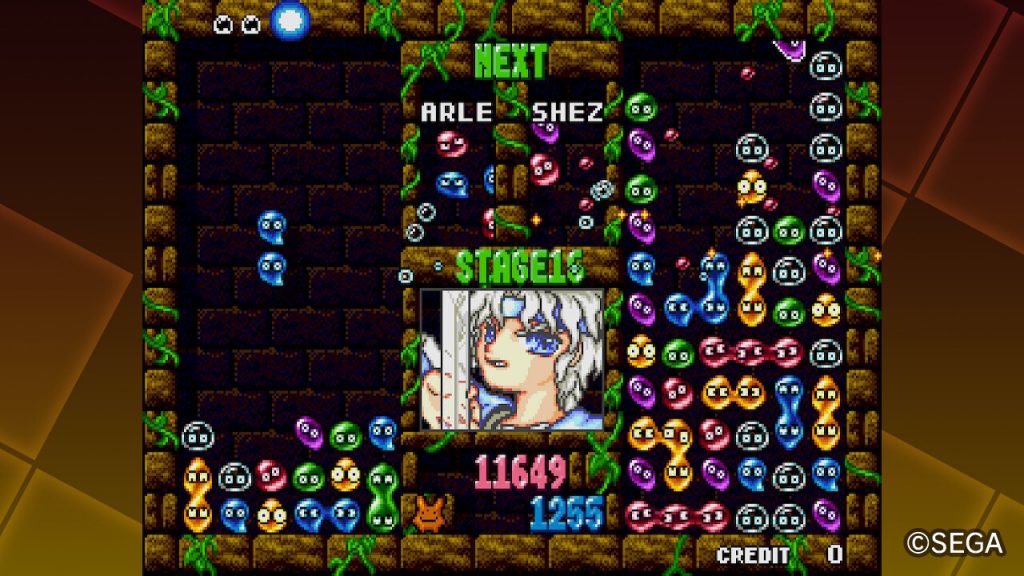 Puyo Puyo 2 is a historic addition to the Sega Ages lineup. Up until this point, an official release of Puyo Puyo 2 has never been available in the West. Imagine that!  In 25 years, this is the first time the game has received an official English localization! In addition to the localization, M2 has added 2-player online battles and online rankings. Now you can see how poorly you stack up against Japanese gamers!

For players that have never experienced Puyo Puyo, let me explain the game. The rules are quite simple. This is a match game where multiple colored icons fall down the screen, and the player must match 4 of the same color to clear that color from their playfield. Since this is a versus game, clearing icons will send “garbage” to the opposing player, which clogs up their screen and makes their ability to match colors more difficult. Match multiple colors in one shot via chain event, and you’re sending tons of garbage over to your opponent, which in turn will add a big smile to your face. It’s a tried and true puzzle game that is still loved by millions around the world.

Can You Please Translate This? 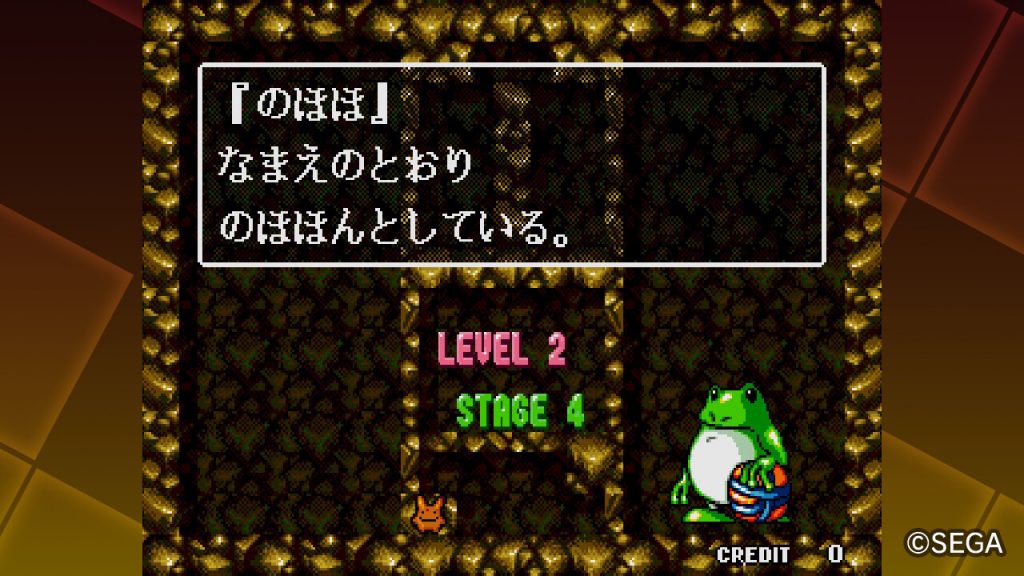 I thought this was an English translation?

This port of Puyo Puyo 2 is perfect, but it may not be perfect for gamers who are expecting a full English localization. The only part of the actual game (besides the built-in menus) that is in English is the explanation of the rules. This isn’t even built into the game. You’ll need to find this in the game’s menu. This is somewhat disappointing since there are small introductions to each character at the start of each session. These small bios are all presented in the game’s native Japanese text. It’s not a game-breaker, but players expecting the whole game to be localized may be disappointed. Thankfully, there is a section in the menu that shows the same bio of each character, and this is presented in English.

Tailored To Your Liking 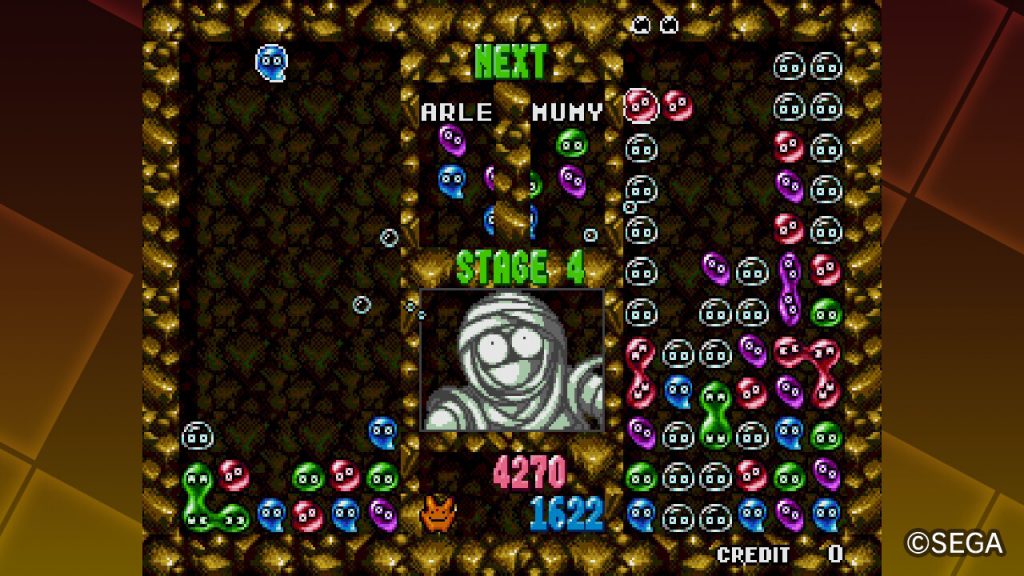 I think that mummy is a little worried!

As I mentioned before, M2 likes to include several ways for the gamer to tweak the game to their liking, and this port of Puyo Puyo 2 is no different. In addition to adding video filters, there is also an option to change the colors of the Puyo, which will immensely help color blind players.

M2 has also added a function that will please players who like to correct their mistakes. A rewind feature can be activated with the press of either the left or right trigger. This is a welcome feature for those that have never experienced the magic of Puyo Puyo. Consider it as a training tool, or use it to have fun beating the hell out of the CPU; it’s up to you! Obviously, this feature is only available when playing a single-player game.

As far as modes go, there are several ways to enjoy Puyo Puyo 2. Besides the single-player arcade/story mode, there is also a multiplayer mode, as well as an endurance mode. There’s not much difference between these two modes since the player can continue in the endurance mode after a defeat. Player’s who wish to compete online can do so, but we highly suggest you get plenty of practice in single-player mode.  In this reviewer’s several online games played (and lost), the amount of embarrassment I felt cannot be put into words. 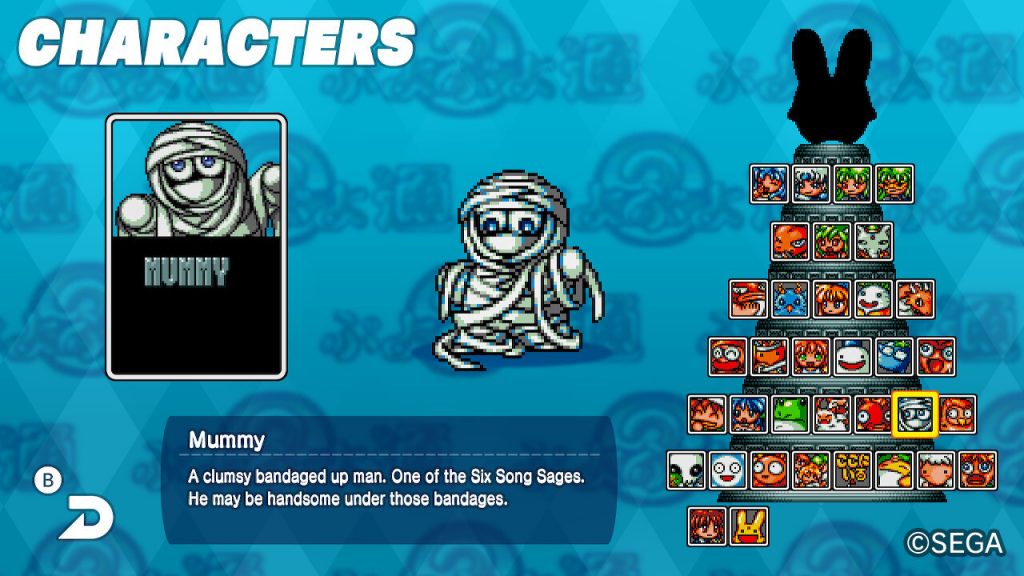 The character bios are a really nice addition, and it’s all in English.

Puyo Puyo 2 fans rejoice. The game you’ve been waiting 25 years for is finally (officially) here. Even though the full package is not 100% localized for the English language, it’s still easy to jump into and enjoy. The rewind feature is a welcome addition and will help newcomers get acclimated with the flow of the game. Just be sure to get tons of practice before going head-to-head in an online match. Trust us.

Full disclosure: This review is based on a Nintendo Switch review copy of SEGA AGES Puyo Puyo 2 given to HeyPoorPlayer by the publisher