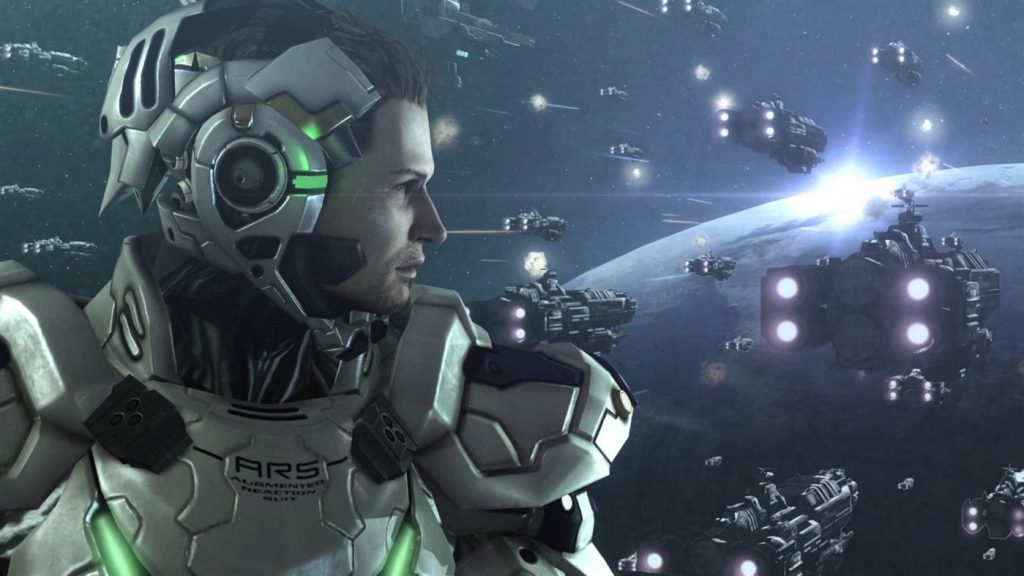 As doubleheaders go, Shinji Mikami and Hideki Kamiya are industry names among the most highly revered. Both have substantial credits on the Mikami-created Resident Evil series for Capcom, and, long story short, ended up at PlatinumGames together in 2007. Three years later, both of them directed and released their own titles in the west; Kamiya brought us the beautiful, brilliant Bayonetta, whereas Mikami created Vanquish, a hi-octane sci-fi shooter. And now, ten years on, both have been remastered and repackaged for the current generation. If Bayonetta is seeking redemption for a troubled Playstation past, then Vanquish is seeking the recognition it deserves.

Vanquish follows Sam Gideon, a former research scientist and now military operative. Presented throughout in his ARS battle suit that he designed, Sam rolls, shoots, and even power-slide’s through a seemingly unrelenting robot army. Immediate comparisons may be drawn to the more-successful Microsoft series Gears of War, but war itself is the only real similarity. 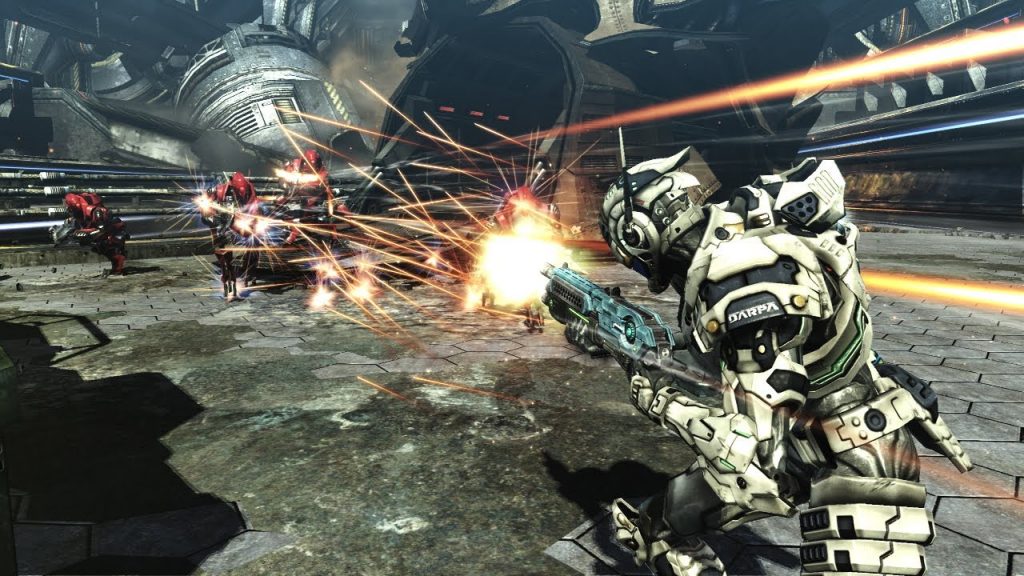 Gideon is no bag-of-walnuts beefcake for a start; his suit provides plenty of protection as well as being lightweight and strong, but he himself is of but average build. The suit comes with a host of accessories, skills, and, most importantly, weapons. Gideon carries just the one firearm, but at the press of the D-Pad, its casing retracts, Transformers-style, then folds out again in the shape of the desired firearm. Shotguns, sniper rifles, grenades, assault rifles. You name it; the ARS has got it. In what other videogames can you slide on your knees at a break-neck pace, then follow up with an EMP grenade and headshot six robots in a row? We should all be thankful to Mr. Mikami for that.

But enough of the history lesson. What about the remaster? With just a glimpse of the spiraling title screen, the upgrade is evident. A quick play-through of the ARS tutorial brought great delight against the great white lights of the training room. The backdrops are crisper, and the action feels just as smooth yet seemingly quicker. A few snapshots on the PS4 later, and I can only gaze in awe at how up to date Vanquish now looks. Not that it was ever looking out of date in the first place.

“Time to hit hard and make ’em regret it.” 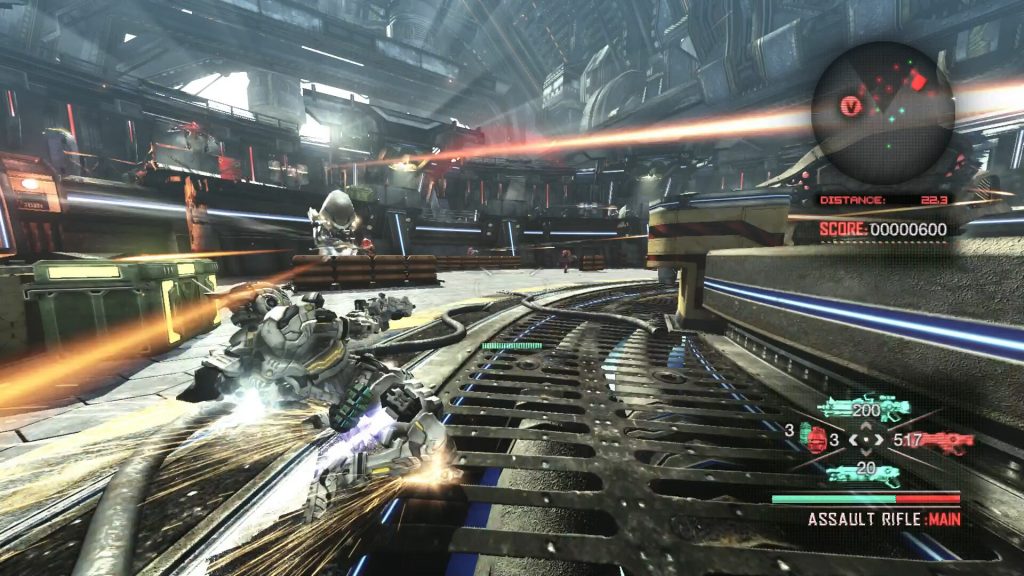 As the opening story cinematic begins, there is no noticeable improvement to speak of. In truth, to modify from what they already were 10 years past would likely make them less cinematic. However, as they continue to connect each mission, some of these scenes show signs of falter. Sam’s gravelly voice rings out, but the animation isn’t keeping up, skipping moments like a scratched DVD. Smooth transition shots appear jagged and jumpy at times, but on the whole are fine. It isn’t consistent, but merely a minor inconvenience thus far. The same applies to the subtitle feature, inconsistent in that they appear on cinematics but not during the multiple in-game tactical communications. But neither diminish the action itself.

Undoubtedly running at the promised 60fps rate, Vanquish, like Bayonetta, appears to show its worth in today’s crowd. It’s crisp, intense, and sharp visuals look and feel like a total upgrade. That in itself is the definition of a remaster. Vanquish originally released in time for the upcoming Christmas period of 2010, but ultimately sales were disappointing. Anyone who sampled its delights, however, often bring it up as a title thoroughly adored. And while I have little doubt there will be much more feast for the eyes as this remaster progresses, I also hope it will catch the eyes of those that passed on it in the last ten years.