Streets of Rage 4 Gets New ‘Behind The Art’ Video

Lizardcube’s artists showcase the work that went into bringing Streets of Rage 4 to life.

Publisher DotEmu today released a new behind-the-scenes video detailing the creative process behind the art of their upcoming beat-em-up, Streets of Rage 4.

Watch as Lizardcube’s Art & Creative Director Ben Fiquet and studio Lead Background Artist Julian Nguyen You detail in crafting the characters and world of Streets of Rage 4 in the video below:

Developed in partnership with studios Lizardcube and Guard Crush Games, Streets of Rage 4 is the first new entry in the series, which first appeared on the Sega Genesis, to be released in 26 years. The game marks the return of ex-cops Adam Hunter, Axel Stone, and Blaze Fielding, who are now joined by Adam’s daughter Cherry, as they once again take the fight to the evil forces of the Syndicate. Veteran series composers Yuzo Koshiro and Motohiro Kawashima will be providing the soundtrack alongside celebrated Super Mario RPG and Street Fighter II composer Yoko Shimomura, Jet Set Radio composer Hideki Naganuma, and Ninja Gaiden composer Keiji Yamagishi.

Streets of Rage 4 is slated to release later this year for the PlayStation 4, Xbox One, and Switch. Stay tuned for more details on this hugely anticipated brawler as they become available. 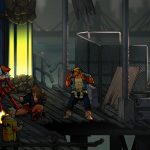 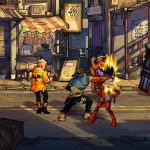 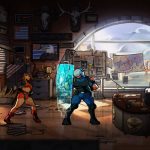 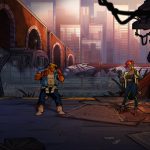